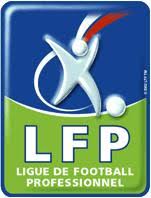 Today came the news that rocked French football. Frédéric Antonetti has stepped down form his position as manager of Stade Rennais just days after he commited his future to the club. There has been lots of speculation about why he has steped down including, drinking problems, family problems and a fall out with his current squad after two poor results during pre-season. The Stade Rennais chairman had this to say about Antonetti's departure;


' I am sad to see him leave this magnificent football club. He has built strong foundations for us and i felt that he could of pushed on for a Europa League place this forthcoming season. However, he didn't feel the same. He felt his time as a football manager had come to an end and resigbned with immediate affect. It's not all doom ang gloom though as we have struck a deal with a new manager. An Englishman by the name of Joseph Southern. He has a bright future in the game and we believe he can better what Antonetti has done for this football club.. That's all i have time for at the minute. Thank you.

So just hours after Antonetti left the club Stade Rennais chairman Patrick Le Lay has already found his new replacement. Joseph Southern. We managed to catch up with him at about 9 p.m that night. This is what he had to say.

Sky Sports: Hello, how do you feel on getting the job?

Southern: I am delighted. It's a great football cluband the fans are brilliant also.

Sky Sports: What is going to be your approach to any possible transfers? Old or young?

Southern: Young. We need to build the current squad. We have too much dead wood and we need to fill the gaps from the players i'm looking to sell with hungry players who want to play for this club.

Sky Sports: We understand that your club is currently over it's wage budget and dont' have and transfer money available. How are you going to combat that? Free transfers?

Southern: No. I will try and remove any dead wood and then use them finances to buy the players. That's enough. Thank you.

The story will be a different style to this. More my look at things in the club than 'News articles'

Chapter 1 - The beggining of an era

I woke thinking i was still in England. I had to keep pinching myself to make sure this wasn't just a dream. I had made it as a football manager and this was my time to shine! I had a lovely new flat and all i needed was someone to share it with. Stade Rennais were looking poor. They had drawn and lost in their first two pre-season games against considerably poorer opposition. I needed to look through the squad at training and see who i need to replace and who will be firm first team players.

I arrived at the stadium for a tour at 9am that very morning. I had my best suit on and aftershave. I needed to impress. The chairman showed me around the Stade de la route de Lorient stadium. It holds 29,779 people and a huge majority of that would come and watch their team, my team try and go for glory. On the way round the chairman stated that as it's my first managerial job that he expects me to finish in the top half of the table and do well in the Europa League. I felt that was do-able. We talked about transfers as we had no budget but i told him that i would have to evaluate my squad before making any changes. I headed down to pitch side to introduce myself to the players who were training ahead of my first game in a few weeks time. I had a tactic in mind after watching that training session. A fluid 4-1-2-3 formation. I felt that would suit our players better. The only players that let me down was the strikers. They were poor, missing chance after chance. I new i'd need one or two new strikers at least. I had always valued two strikers, Erick Torres and Jelle Vossen and i would do my all to bring them into this magnificent football club... I headed up to the chairman's office to see if he would put some players up for sale and offer them around as i didn't think they were good enough and i really needed the cash to sign some players.

A few days later they were all gone. Every player i put up for sale left the club which i was surprised about actually had gone on to other teams. They were the following.

I now needed to find the replacements. Bids for Vossen and Torres went in first and i also offered trials to Lomana Lualua and Robert Pires which they accepted. I needed a little extra flair in the team before the game against Estudiantos Tecos. They weren't brought in in time unfortunately but we still won 3-0 through a Montano hat-trick. My next game however was a Europa League game against Varazdin and i was hoping to have signed 4 new players before then.