There's 1 problem. With my editor, I can't access the clubs to give compensation, so... I may not be able to do this, unless anyone has a FMRTE code they can give.

lewie100 said:
There's 1 problem. With my editor, I can't access the clubs to give compensation, so... I may not be able to do this, unless anyone has a FMRTE code they can give.

I'll pm you mine see if it works for you, not sure how many pc's I've registered
L

bornexplorer88 said:
I'll pm you mine see if it works for you, not sure how many pc's I've registered
Click to expand...

Recommended setup for in game editors...

FMRTE:- You have to save before you close any tab that you have editted
Staff Swaps - **RULE** must be same job role or unsigned staff involved in the swap. (so if it doesn't match, end contract of staff member and sim a day - reload save in fmrte and then use him in swap as now free agent)
Editing Club Finances - I personally find it easier to manage with and quick to flick through teams if you preload all the teams in tabs

In-game:-
Player Transfers - done easily in comparison to FMRTE. but teams will be charged signing on fees and agent fees for all transfers done this way, this is a automated editor response to the the transfer. harsh but fair by SI
Contract Changes
Club Upgrades
etc.

PM if need help to do something, i'll reply when i'm not in work haha... (harsh hours at a hotel-the joy of a student summer job!!)
L

Separate post for the Bud Light division because it's special as well.
A


View attachment 241858
^
This is how I have looked at every single game this season. Bored, frustrated, annoyed - but never happy. The manager is not doing a good job, we have an exceptional group of players - WE SHOULD NOT BE LAST! So i have finally had enough and have terminated Mr Pioli's contract with immediate effect.

I was having a look for a replacement when I stumbled across a man who took over a failing club and turned them into world champions. Here is our new manager: Mr Frank Rijkaard!
View attachment 241857

P.S. Sorry for posting between the division updates ​
L

Thanks for continuing this!

When will we get the save game? I'd like to do an update soon
L

wr1097 said:
Thanks for continuing this!

When will we get the save game? I'd like to do an update soon
Click to expand...

Save Game for Dec:

View attachment 241490
Las Vegas Strip Foxes
December update
​
​
"-So we're sitting here again, with the Chairman. Welcome, what do you think about the performance of the last month?"

"-Yes, welcome everyone. Well, after a mixed November, we started this month in the top of the league. We started this month with The Derby, we suffered a heavy loss against The Gamblers, 0-5 for them, that was a shame. But it was good to get us down to the ground, and concentrate better in the next matches. We continued with a 2-2 draw against Hawaii Thypoons., which is much better than the last match, but that wasn't enough, we had to win the matches like this. Then we travelled to San Juan Caribes, and we put down a great performance, we won the match for 3-0, solid performance. I was really happy. After that we had a really-really hard match against Chicago FC. We scored a goal in the 63' minute, and we were able to keep us in the lead, so we won that match. That was great."

"-What do you think about the cup?"

"-Yes, sadly we have knocked out from the cup. We played with El Paso. The first leg was in their home, and we lost 2-1. We have faith in our team, as we scored an away goal. But in the second leg we have won 3-2 in the extra time, but with penalties we sadly lost, and El Paso gone through to the Semi-Finals. Good luck for them. But all in all, we still in the 1st in the league with 39 points. We have 5 points lead before Tennessee Titans, and our rivals, The Gamblers are in the 6th place."

"-Well, thanks for this little interview. See you next time."

"-Thanks for the invitation. See you all."

Good luck, and hope you get who you want!

So just club to club transfers? Or are we also allowed to make international transfers?
G 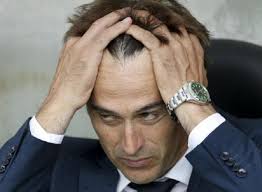 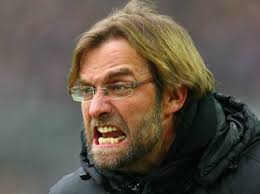 At the end of December the San Juan Caribes find themselves in last place and Julen Lopetengui finds himself without a job. The Caribes have played an uninspired brand of football under Lopetegui and have been leaking goals left and right. In order to save what is left of the inaugural Bud Light Championship season club chairman Lucas Martinez has brought in Dortmund legend Jürgen Klopp to light some fire under the players' behinds.

Klopp, who will keep the current backroom staff intact, will bring with him an exciting, high "gegen pressing" and counter attacking style that will hopefully lead to a successful second half of the season. The ex-Dortmund man has gone toe to toe with the greatest managers in todays game and has managed some impressive victories and he can surely be counted on to make us all laugh in his press conferences.

"Mourinho says I speak too much? That's what one of my teachers used to tell me. I don't care, I don't think about this. Is it a psychological war? I'm not intelligent enough to understand what it should be... but it's no problem, now I'll shut up, and everything is OK."
​
Last edited: Jul 23, 2015
L

GermaRican10 said:
So just club to club transfers? Or are we also allowed to make international transfers?
Click to expand...

For this window, you are allowed to go for 1 FOR player, 1 FORu18 player and 2 Dom players. (Read the OP for extra info as well.)
G

Ah ok... and for transfer budgets? What did we decide on for that?
L

GermaRican10 said:
Ah ok... and for transfer budgets? What did we decide on for that?
Click to expand...

It will be based on your balance.
G