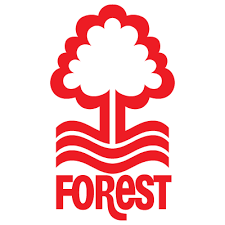 Forest captain Paul McKenna could come back into the side after missing the last four matches with a groin injury.

Chris Cohen, Garath McCleary and Nathan Tyson are also options for boss Billy Davies should he wish to make changes.

Derby captain Robbie Savage is suspended, so James Bailey could be restored to the Rams starting line-up.

Dean Leacock hopes to be fit after a groin injury forced him off against Reading, but Gareth Roberts (calf) and Russell Anderson (hamstring) are out.

Excitement is almost guaranteed when these arch rivals meet. It is 104 years since they last played out a goalless draw at the City Ground, where Nottingham Forest are formidable and Derby have won only once in the last 33 years.

The Rams have lost their last four Championship matches and are enduring something of a slump. But manager Nigel Clough has a decent record against Forest, the club where he made his name as a player.

Clough, who made 412 appearances and scored 131 goals for the Reds, has masterminded three victories in Derby's five matches against their East Midlands foes since he became boss at Pride Park.

His counterpart, Billy Davies, led Derby into the top flight during an eventful 17-month spell as County manager. Davies' Forest side have won two of their last three matches and are defending the Championship's only unbeaten home record.

• The 3-2 victory in last season's corresponding fixture is Nottingham Forest's only win in eight league meetings with Derby.

• Forest have won 34 and Derby 31 of the 86 previous matches between these clubs.

• Forest have won five and drawn five of their home matches this season.

• They have not lost in 29 home matches since Blackpool won at the City Ground in September 2009.

• A win would see them end a calendar year with a victory for the third time running.

• Rob Earnshaw and goalkeeper Lee Camp are in line to face their former club.

• Derby have lost their last three away matches.

• Kris Commons is set to play against his former club.


I'm gonna go for a 2-1 victory for Forest. Call me biased but we have a formidable record at home, especially against Derby. Form may go out the window in derby matches though, which has happened before, but I'm gonna stick my neck on the line and go for a Forest win.

Thoughts on the game? Huge derby match and it will be a cracker.
C

Match is a sell out. Gonna be an immense atmosphere.
B

What a game this will be. West Midlands derby?
J

ravenie said:
What a game this will be. West Midlands derby?
Click to expand...

Wish I could have got a ticket for this, was impossible.
R

Wish I could have got a ticket for this, was impossible.
Click to expand...

Heard your lot opened the bar for Derby fans at 10 this morning haha!

Commons is not a Forest legend
F

With Forest's home record over the past few years, I can't see anything but a home win. Have a soft spot for Forest living just an hour away, and my brother supports them.

2-0 Mcgugan and Wes 'the bear' Morgan to score
T