Picking Up Where Wenger Left Off

Arsenal FC-Picking Up Where Wenger Left Off 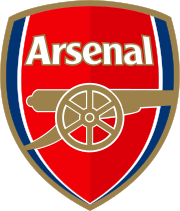 ​
After the shock news that Arsene Wenger had resigned Arsenal appointed former Irish international Aidan Murphy.Murphy has vast experience at international level with 24 goals in 51 appearances for Ireland.The 35 year old will be having his press conference to the journalists shortly and we will have it live on Sky Sports News.

Q-Arsenal fans are hoping for some big name signings will you please the fans with a marquee signing?
My focus is on the players here and I'm trying to continue the successful work done by Arsene.I believe in youngsters and keeping the wage bill low and reducing the debt the club has.I not going to spend ridiculous sums of money on 1 player or crazy wages of over 100k on a player. My first aim is to reduce Arsenals wage bill so the club are in the position to make profits every month.

Q-Who will you be looking to move on?
Im not going to go into details on live TV but you will see in the upcoming weeks.I will be trimming the wage bill and will be trying to get rid of players on high wages who are not worthy of it.I will be putting my emphasis on young English talent and some top young players from abroad.I will be sending my scouting system throughout the world in the next year to find the top talent.

Q-What are your aims for the season?
Im not going to reveal my exact aims but I will be ensuring Arsenal are competitive on all fronts and are in the Champions League next season.My main aim is to get the club making profits and reducing the debt and getting in young hungry talent and will be trying my utmost to win over the fans who want big name signings like Man City or Chelsea do because this is not how a club should be run.A club should be run while making profits and not over spending.Arsenal are a big club with a great stadium and top youth and training facilities and I will make sure and make this club a European powerhouse in the upcoming years but I plead for patience.

That’s all for now from Aidan Murphy and Arsenal and we will make sure we keep on top of ins and outs at the Emirates Stadium throughout the transfer window here on Sky Sports News.
You must log in or register to reply here.
Share:
Facebook Twitter Reddit Pinterest Tumblr WhatsApp Email Link