Soar to fly at higher game! An adventurer's story...

This is my first Story on this forum, and also my first attempt to write in English - so please excuse all language flaws! ;-)

For technical reasons, my Story starts on FM09 and then leaps to FM13.

The two clerks behind the hotel's reception desk show their brightest smiles. Holiday... Finally! As a moderately successful manager of an East German 7th Level Club, I believe that I truly deserve this personal timeout. Even though we managed to finish the last season on a solid 8th place (out of 12 Teams), I am just tired of chasing and tracking my players during Friday nights in night clubs and village discos. More than one or two times, I estimated the total blood alcohol level of my starting 11 to be beyond everything that would be even remotely justifiable. 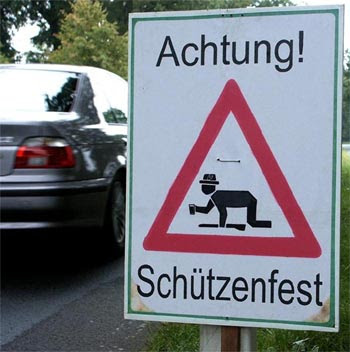 I just wanted to get away from this! I announced my departure immediately after the end of the season. I want something new. Something more... more... professional. Whatever; I will think about that after my Holiday. For now, I need to recharge under the Tunisian sun!

After briefly inspecting my room, I directly head to the Hotel resort's beach section. As I arrive, I immediately spot a poor guy in a huge football costume, doing some kind of promotion. He distributes slips of paper among the surrounding tourists. Curiously I approach the grotesque scenery - we have clearly above 30°C after all! Without a word, he gives me a sweat soaked slip. I read:

ESS – Club Africain
Samedi 6 Juin, 4:30pm, Stade Olympique de Sousse
billet gratuit​
Ok - a free ticket for a football match. On the back side I see a hint that this ticket is only valid in conjunction with the hotel's full board bracelet. "Well – could be quite interesting..." Just a shame that I don't have a clue about These two Teams. "ESS" seems to be the home team, obviously. I walk towards the main road in order to get a newspaper in one of the many small shops around the hotel resort. 20 minutes later I am back - loaded with all sorts of completely useless gadgets. Luckily, I didn't forget the newpaper among all the various versions of "Thank you... No, I don't need more!" A brief glance into the sports section proves to be quite elucidating...

ESS stands for "Étoile Sportive du Sahel", the local first division football club here in Sousse. I am surprised to learn that this is not only one of the top teams of the Tunisian Ligue 1, but also a considerable force on the African continent. The same is true for today's opponents, "Club Africain de Tunis" who are likewise aiming at winning the league and who also have past continental glory under their belt.

"Perfect!" I am thinking to myself. This could be a really cool encounter. Hmm, it's already 3:30pm. I need to hurry to get to the stadium in time. Once I arrive, the first thing I notice is that I have to adapt my expectations concerning a systematic allocation of seats, as accustomed to from Europe. People just sit, where seats are free. The teams are already entering the pitch, and I head towards the main stand, where I sit down next to a dark skinned mid age man. He greets with a brief nod.

The home side is posing for the team photo prior to kick-off... ​
I see an alert match on a surprisingly good level. In particular, I am impressed by the offensive strength of both teams. Though I don't know any player on the pitch, the action drives me to jump off my seat multiple times - which my seat neighbour notes with a mix of amusement and appreciation. At half time, the score line is already 2:2, and I am thrilled. My seat neighbour asks where I come from and mentions that he never saw such enthusiasm from a European in an African stadium. I start to talk about myself having managed a team in Germany, complaining about my unprofessional and unskillful players, and confessing that I long for better and more professional work conditions and players which are able to stop the ball properly. I ask about his name and where he comes from, since he obviously is no Tunisian. But bevor I can finish the question, his mobile phone rings, and his mood immediately changes. He shouts into the phone, and sweat starts to flow from his brow. He finishes the conversation and jumps off his seat. "I'm sorry Mr. Trimmdich, I must travel home immediately. Has been a pleasure meeting you! I visit Germany from time to time, maybew we get the chance to meet at some point. Would you like to give me your phone number?" I give him my mobile number, and he rushes out of the stadium. "Strange guy..." I am thinking to myself.

The second half flattens a bit with respect to the level of play - after 90 minutes, the home side Étoile du Sahel pocket a narrow 3:2 win over Club Africain. I walk back to the hotel and spend the rest of the evening at the pool bar with the company of a few (or a few more) cocktails...

„What… how… outch – my head… f*cking alcohol… aah – the mobile phone.“ I fumble for the **** phone, while simultaneously squinting towards the room watch. Already past 11am. Missed breakfast. Great... [color=blue„Helloo?“ [/color]. My voice sounds like Lemmy from Motörhead.

„It's me – your seat neighbour in the stadium yesterday!“

„That's of no importance. Yesterday you mentioned that you are looking for a new task as a manager, right?“

„Can you picture yourself working in Africa?“

All of a sudden I am wide awake. „Hmm, I like the climate, and the level of play is far beyond what I had to suffer from down in the German Level 7 league. Yes, in principle, I can picture myself working in Africa.“

„Great. Let's meet at 6pm in your hotel lobby. Though, you should be aware that this is not a job in Tunisia. Will elaborate more when we meet later. I'll bring the contract right away.“

„Errmh, oh... Just a second, I'd really like to get a bit more of information on this, if you don't mind.“

„I'm under time pressure. But ok – I am the Under 21 National Manager of my country, and also authorised to sign on behalf of the national football federation. Yesterday's phone call in the stadium informed me about the fact that my boss, our National Manager has resigned due to family reasons. But we are having an important World Cup qualifier next week! We have launched a large project to advance our football to the Top of Africa. Even though our national team has never won a title, the ministry of youth and sports started a about 15 years ago to systematically invest money into football infrastructure and education of coaches. Meanwhile, we have managed to bring out a good number of great players, who are signed by large European clubs and are earning millions. However, this has not yet translated into success for our national team. But this is set to change! We are determined to make a name for ourselves on the continental and global footbal stage! Will elaborate later.“

"What the..." Hmm, sounds really appealing, I must admit. Could it really be, that I am offered a job as a national team manager???? I am continuously asking myself, which job this might be. I tax my brain on this question. Well, I need to wait and hope for quick clarification...
H

„Senegal…? Burkina Faso…? Angola…?“ I force myself to stop the silent speculations! I leave my hotel room and head towards the lobby. My conversational partner is already waiting - accompanioed by a gentleman in a noble looking suit.

„Mr. Trimmdich!“ He approaches me with a bright smile. „Please excuse the hectic circumstances. You will hopefully understand that the given situation forces utmost precipitancy.“

„Sure. But - honestly - by now I don't even know your name... As well as that of your companion.“

„Oh, of course, please accept my apologies. My name is Diallo – Aliou Badra Diallo. May I introduce Malamine Koné to you – the founder and owner of the world renowned sporting goods brand AIRNESS.“

„AIRNESS equips our national team and is also funding the wages of all coaching staff - including the national manager.“

„Ok, so this will be my future provider?“ I timidly glance over to the neat appearance that is Malamine Koné - a handsome man in his mid-thirties.

„Hahaha… Indeed, that's how you could call it.“ replies Koné. „But I am really only concerned with helping my home country's football to finally reach its deserved position. As you have probably already guessed, we are dealing with the National Manager job. As far as I'm informed, your experience as a manager to date has been rather... rustic, right?"

„Hmm, yeah – you could call it that way….“ I respond a bit hesitantly. All of a sudden, all sorts of random thoughts and wild memories of outlandish stories of European managers that worked (or tried to work) on the black chaos continent. Have I really put enough thought into this? What if I am supposed to chase some random bush squad over withered dust pitches. I wonder whether I will get regular pay at all...?

„You are saying that you want to get to the Top of African football?“

„Correct!“ is simultaneous the response from both.

„Well, I hope that the quality and potential of the players is commensurate to this ambition…?“ I reply .


„You can be assured of that!!!“ bursts Aliou Badra Diallo. „I already mentioned on the phone that our country has increased the financial promotion of football since the 1990's. As a consequence, we could pull off amazing successes in Under17 and Under20 World Cups, and we also showed a good display during the Olympics in Athens in 2004. Meanwhile, we have a couple of players which can be deemed world class!“

„Strong meat… I hope that this is not another instance of blatant disconnect between ambition and reality!“ I am silently thinking to myself. Especially, since I remember Diallo mentioning that no title has ever been won by that team.

„Ok, which national team are we talking about after all?“ I am asking directly..