Hodgson steps down!
​
England fans across the country will be in complete shock to discover the resignation of Roy Hodgson just days after his England side had been yet again eliminated on penalties by Italy who will go on to play Germany in the semi final. This is what Hodgson and the FA have had to say on the matter:

I had to consider what was best for my health and my family, I realised the pressure of the job before I took it obviously but I wasn't aware of how much stress and unsettleness it would cause and its fair to say it has got on top of me which is forcing me to make this decision I hate to make, I'm sure the men in charge will make the correct appoitent and I wish my successor all the best and hopefully we will go to a competition and come back with a trophy.
Roy Hodgson
Click to expand... 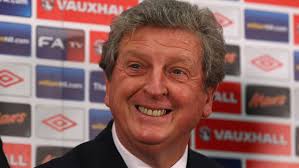 We completely respect Roy's decision to step down as manager of our great nation and now we will work on getting a suitable replacement and one we feel who can lead our team forward and bring in the youth and develop them in the correct manner, before you all start speculating we are in advanced talks with TWO managers and one of whom has previous success as a national team manager so you can start your speculating based on that, that's all for now.
FA Statement
Click to expand...

Klinsmann appointed as England manager​
It has been announced that the new England manager is indeed the German icon Jurgen Klinsmann, this will come across as a complete and utter shock to the nation of not just England but also Germany! Klinsmann who nothced up 108 caps for Germany will take on the role of ensuring that England qualify for the 2014 world cup held in Brazil in a cruise fasion, it is rumoured that Jurgen got the nod ahead of Harry Redknapp who most fans wanted as manager after Hodgson and Capello before that. But it was Klinsmann who the FA chose merely because of the way he changed German football and developed their younger players which is exactly what England could do with at the moment! One of our reporters reported up to soho to speak to Jurgen and this is what he had to day:

How easy would it of been for me to say "I'm German so I cannot possibly accept the job of the England manager"? but that isn't how I view things at all. Lets be honest, when you think of it England has everything...the fans, the passion and the desire to win so lets be straight, who on earth wouldn't want to manage England? I remember when I was Germany manager and we were in turmoil, no hope and negative attitudes so I had to change that, the past 47 years for England fans have been ones to forget but that dosen't mean things cant change. I did it for Germany so I can do it for England, I can't promise we'll win every game during my tenure but what I can promise is 100% effort and desire to win from every single player on the field and if that isn't the case for one or two then they have a problem. I like winners in my team and not losers, I will be employing tactics which our attacking minded and will be looking to make good use of the youngsters because how will young players like Wilshere, Zaha, Chamberlain, Sterling, Cleverley learn if they are on the bench or not even in the squad? They wont its as simple as that so lets go and change a average approach to a big ambitous approach and go out and make this nation a competetive one once again, it can be done and I look forward to it.
Click to expand...