yea what do u think?
S Ian Holloway has named Phil Neville England captain for tomorrows game away in Montenegro. The former Blackpool boss said he came to this decision after it was very clear that Phil Neville has the most caps out of the entire squad and it would only be silly if he didn’t lead out the team for the final qualifier in Montenegro.

With Neville having 61 caps to his name, it looks a wise decision by the bonkers man from Bristol. Holloway has released a statement today saying “he’s a good player, a good captain for Everton and he’s also the player with the most England caps.” He later went on to confirm that Jack Wilshere, Jordan Henderson and Jack Rodwell would make up a midfield trio tomorrow night and that Robert Green would make his first start for England since his awful mistake in South Africa against the USA.​
S

Good read so far mate! Good to see you include Barton in the squad. Giving him a second chance i see. I feel he has been one of the best midfielders in the league this season and should be in the squad ahead of Lampard. Any chance of you giving him a run out?
S

Sir Alan Shearer said:
Good read so far mate! Good to see you include Barton in the squad. Giving him a second chance i see. I feel he has been one of the best midfielders in the league this season and should be in the squad ahead of Lampard. Any chance of you giving him a run out?
Click to expand...

cheers mate, Barton has been one of the stand out players to me for Newcastle so i thught why not give him a chance. he will start on the subs bench
S

England finished off their Euro 2012 qualifying campaign in fine form as an England side which had made 11 changes from their last match. An unmarked Ryan Shawcross making his debut headed home from a corner just 8 minutes into the match. But Steven Jovectic soon equalised, slotting the ball past Robert Green from 3 yards. The superb Adam Johnson hit a post from 20 yards out, while Green made a string of saves in the England goal. But just after the restart Adam Johnson put England back in front which later turned out to be the winner struck with a precise and low, left-footed effort. ​

The midfield trio of Wilshere, Rodwell and Henderson all looked assured and showing the type of crisp passing that is so easy on the eye, When Wilshere and Henderson went forward Rodwell stayed back, they all switched roles every now and again. England looked comfortable today even without the likes of the Barry‘s and the Parker‘s, fans can now look forward to a friendly next month against Cyprus at Wembley.​ 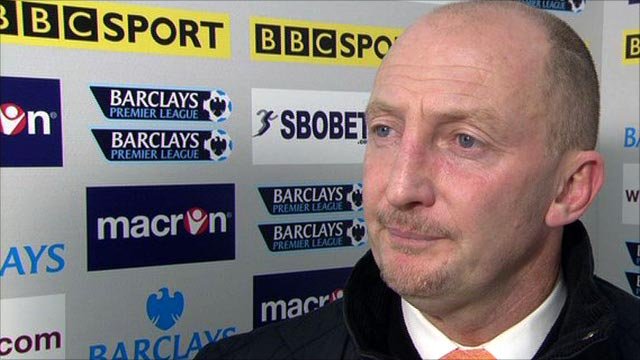 Ian Holloway:
​
​
“It was important tonight, not just for the players but me as well, this game gave me the chance to have a look at some of these players and think are they good enough to go to the Euros. And the answer is yes for some of them, Adam - who in particular was outstanding , Jordan and both Jack’s especially. Our next game is against Cyprus and I am yet to decide whether to try and found out my strongest team or do a bit of experimenting with some fringe or younger players. Just one last thing, I know I’m dragging on a bit - but I would like you the fans to help me pick the side for the Euros because being England manager ain’t no easy job and I just want the fans to feel more involved and connected with the team.”​
D

D.Stockdale should get call. Aswell as Bowyer and Barton for the Cyprus game. For the Euro's S.Parker has to be their
S

Donnelly1 said:
D.Stockdale should get call. Aswell as Bowyer and Barton for the Cyprus game. For the Euro's S.Parker has to be their
Click to expand...

yer all those 3 for cyprus game, parker is all ready on the plane, he's vice-captain
R

Ian Holloway is a legend
S

Reece_Hope said:
Ian Holloway is a legend
Click to expand...

ino mate, and to be honest it would be kool if he became england manager in real life !!!
P

after the euros wud b finbe for me, btw i have transfered this story over to the blog systen thing
J

cheers mate, will be the euros soon !!
M

this is a great read sumner
keep it up
S

mcarton said:
this is a great read sumner
keep it up
Click to expand...

whens the next update?
S

mcarton said:
whens the next update?
Click to expand...

probably sometime tonight and it will be on the blog, will b england squad to face cyrpus
D

Good read so far, keep it up. Defo following.
S

cheers mate just gunna do update on the blog
D