The Game is About Glory: A Tottenham Hotspur Tale

After three and a half years as manager of Tottenham, Harry Redknapp has been sacked from his post by chairman Daniel Levy. The sacking came after Tottenham's failure to qualify for the 2012-2013 edition of the UEFA Champions' League, despite finishing fourth in the league table. Redknapp joined the club in 2008 when Spurs were languishing at the bottom of the league table, with just 2 points in 8 games. Saving them successfully from relegation, Redknapp guided the club to their first ever Champions' League qualification, finishing fourth in the 2009-2010 season. Redknapp's Spurs were known for their fluid philosophy and dangerous counter-attacking football, particularly doing the flanks. Spurs reached the quarterfinals of the Champions League 2010-2011, beating teams such as AC Milan and the defending champions, Inter in the process. The sacking comes as a shock to both Spurs fans and neutrals alike, and it now remains to be seen who Daniel Levy will choose as the right man to succeed the 65 year old. As of now, former Spurs player and current manager of the United States National Team, Jurgen Klinsmann is considered to be the front-running candidate for the Spurs job. 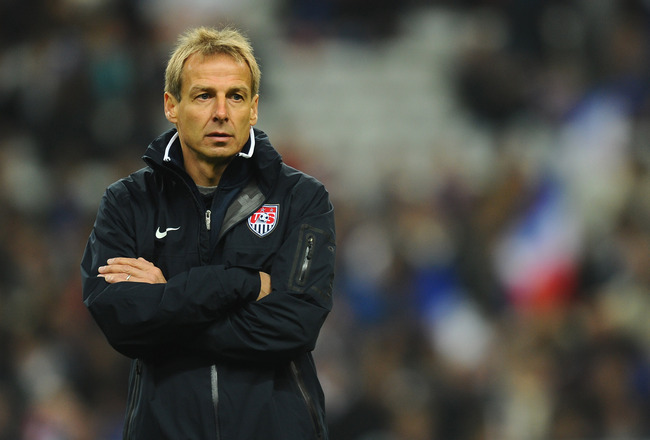 Favourite for the Spurs job

Committed to the cause
Considered favourite by many for the vacant Tottenham job, Jurgen Klinsmann has responded in swift fashion and has played down any reports linking him to his former club. The ex-Germany frontman said that he doesn't intend to leave the States and is focused on the task bestowed upon him, to guide the national team to the FIFA World Cup 2014 finals in Brazil. "Tottenham is a club really close to my heart. I enjoyed my time a lot there but all that goes out of the window now as I have my own job right now. My job is to take USA to the World Cup and I am totally committed to the cause. Now is not the time for me to think about other job avenues. Right now, I have only one focus, one goal."

Klinsmann's rejection has brought another twist to this saga, and it is still extremely unclear who the new manager will be. Daniel Levy is believed to be looking at all the possible options, and is expected to appoint the new Spurs boss in a week's time. Stay tuned for more of this.

nice to have you back buddy looks good so far
H 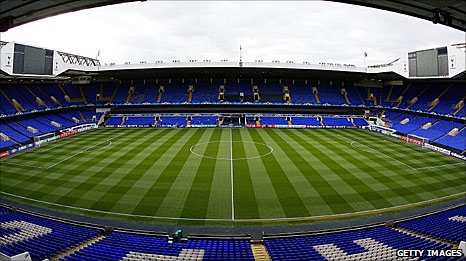 News just came in from White Hart Lane that Tottenham Hotspur have finally appointed their new manager. And it isn't really who everyone thought it would be. Daniel Levy has gone and appointed unknown Indian lad Ajinkya Kale, to take on the mammoth task of taking Spurs to the Champions League and beyond. Indian born Kale, who currently lives in London has been a Spurs fan since childhood, and understandably, was extremely delighted during his press conference held at the Lane.

PR: You sit here as the new Spurs manager, as a childhood fan of the club, you must be overwhelmed at being given such an opportunity wouldn't you?
AK: Of course, it is a fantastic club with some fantastic players. I couldn't believe it when the chairman called me and ask me to come to White Hart Lane for an interview. I still don't think this is happening for real.

PR: Harry Redknapp really transformed this club into regular Champions league spot contenders. Do you intend on going a step further?
AK: Naturally, yes. We are always aiming higher and higher. As of now, Champions League is where I want this club to be.

PR: With a new manager, comes new ideas. Will you be introducing a new philosophy to the club, to improve the way the team plays?
AK: Every manager wants his team to improve, so definitely, yes. I will assess my entire team and work for ways in which we can be a better outfit.

PR: The transfer season is undoubtedly one of the most exciting periods for fans to see who will be coming in to the club. Will you be dipping your toes into the water this season?
AK: I have identified a few targets, and also few of the players I wish to sell. So yes, expect some activity from the club in the coming weeks.

Tottenham Press Officer: That'll be all for now, gentlemen.

On my first day of work, I was approached by Steffen Freund who showed me round the club and gave me a detailed report of the team. He also handed me the list of the pre-season friendlies we would be playing, starting the next day with a match against the Reserve Squad. He introduced me to my scouts, Mick Brown and Daniel Sousa, who had already brought me an exciting player, in an area which we needed cover. His name was Darko Lazovic, a young Serbian winger playing for Red Star Belgrade. I was given the go ahead by the scouts to try and sign him. So we started with the negotiation process. But before that would happen, we had a few important friendlies to play, for our players to gain invaluable fitness.

Match Report: It was a routine win for the first team, showing the gulf of quality between them and the reserve squad, dominating every department of the match. A nice touch to the match was that there wasn't a single booking given out. In all, it was a good day for the lads, back from their lengthy holiday.


Match Report: Obviously the biggest match of the pre-season, the lads played out an evenly matched draw with Spanish champions Real Madrid, with both teams playing with plenty of youngsters. Both sides played well, only negative was that we couldn't manage to score from open play.

Match Report: Great win before we set out for the United States for our two friendlies there, perfect warm up. Dominated every aspect of the game, and the scoreline shows for it. Good game for young Harry Kane as well who came on at half time, deservedly grabbing two goals.

Tottenham have announced the signing of 20 year old midfielder Darko Lazovic from Serbian side Red Star Belgrade. The young winger is already an international for Serbia, and has been capped 2 times by his nation. Mainly right-footed, he can play on either wing, making him a handy player and his age shows that he has a lot of time to improve and break into the first team setup at White Hart Lane. The deal went through after Spurs delegates were finally able to convince the authorities that the player was worthy enough to gain a British Work Permit. Spurs are believed to be paying Red Star £7 million for Lazovic's services. The Serb signs a 4 year contract with the North London outfit.

Match Report: We were effectively playing with our reserves today, and did well in the first half, controlling possession and creating chances. We got an early goal, but they pegged us back in the second half and then went in the lead 10 minutes later, but a calm finish from Jon restored parity and that is how the match ended. A mention though would be young Tommy Carroll, who got both the assists for our goals today.

Match Report: Once again, the whole team performed just how it should. Dominated every part of play, and recording a comfortable win over our marketing partner, San Jose Earthquakes. The squad looks ready for the season already, and there are still two more friendlies to play!

Tottenham today have announced the departure of two of their players on loan. Jake Livermore (left) has joined Premier League outfit Swansea City till the end of the season. Spurs have been involved in transfers with Swansea in the past, with Steven Caulker spending a season on loan in Wales last season. Also leaving the club on loan is winger David Bentley, whose Spurs career hasn't gone to plan since he arrived at the club for £15 million in 2008 from Blackburn Rovers. He joins Premier League newcomers Southampton, for the 2012-2013 season. Unlike Livermore though, Bentley's deal has a clause for the loan to be converted into a permanent transfer, for around £3 million.

Match Report: We made a shaky start, and went down near the half hour mark, thanks to an incisive finish from Rui Duarte. The response from the lads in the second half was exactly what I was looking for though, totally demolishing the opposition, and coming out handsome winners, with a convincing scoreline.

Match Report: Not really the best way to end the pre-season campaign, and I must admit the lads were second best today. We were lucky to be winning at one stage, and they got a much deserved late equaliser. Nonetheless, letting bygones being bygones, the season now awaits us.