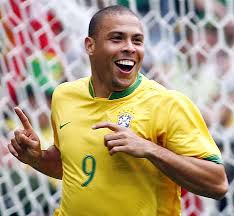 Following the death of Roberto Martinez, just after the January transfer window, Brazil legend, Ronaldo has returned after just retiring from playing football. The board were hugely disappointed to hear about the news of Roberto Martinez choking to death on a Creme Egg but they just hope that Ronaldo can get on with the job and hope to stay in the Barclays Premier League.

FIRST INTERVIEW​
Ronaldo's first interview took place earlier today at lunchtime and we now have control of the script:

Reporter: Ronaldo, we see you here in your old Corinthians jacket, may i ask why?

Ronaldo: I still love my old club and I always will, there is no problem with this.

Reporter: Hello there, are you happy at the moment at the DW?

Ronaldo: What is the DW? Naah, I'm just joking. Yeah of course I'm love it here and I want to keep loving it.

Reporter: You gave us a scare there, will you often joke in interviews?

Ronaldo: Yeah sure why not, I love a little laugh and i hope i can share that with you and the players.

Reporter: You have a tough first match against league leaders Man Utd, how do you feel?

Ronaldo: Yeah don't remind me. But no seriously the players are ready and so am I. We have just got to stick to our game plan and we will go for the win.

Reporter: Last question, Ronaldo, will you and your team avoid relegation?

Wigan Athletic chairman also announced that he had full confidence in the Brazilian legend and he is looking forward to working with him.

ok to be honest i am bored of this story so if anyone can close this then...thanks
D

fm1063 said:
ok to be honest i am bored of this story so if anyone can close this then...thanks
Click to expand...

fm1063 said:
ok to be honest i am bored of this story so if anyone can close this then...thanks
Click to expand...

did you even make it thru meeting your staff