Not even out of January. 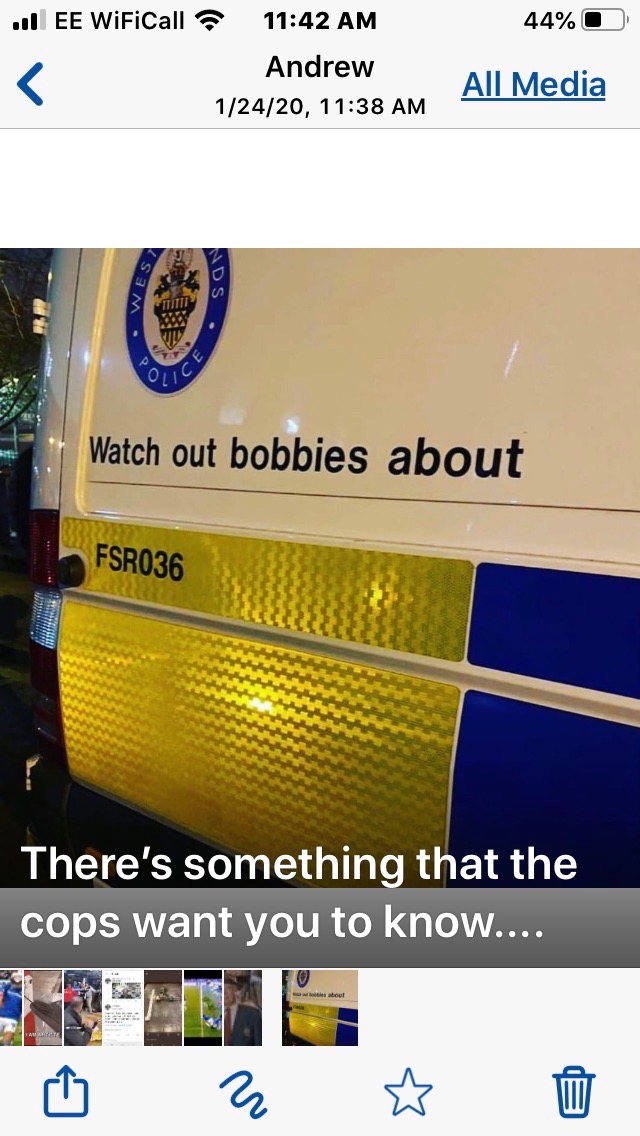 Just checking things as I turn in and came across this.

Can't beat Cup tie togger when it's like that. The very essence of what footballs all about.

Just a pity its not a new ground or today would be perfect.

It's been WAY too long, not least given the MASSIVE significance the Cup holds to the City and football club, since we've added our name to the greatest straight knock-out Cup competition in World football.

Here's to the next step on that journey.

Really looking forward to this.

Nottin much to say on the shambles on the pitch but I LOVE that Klopp’s just mugged the FA off by saying they’ll be NO senior players the replay as we’re on our winter break.

Is right! The FA can’t have it all ways round. They tell clubs not to schedule friendlies during the break but then schedule Cup replays through it.

If we have a side out like against Villa the LC then they only have themselves to blame.

And the club better price it low in relation too now the manager has made his stance clear.

*Edit* And neither he nor any of the first team staff will be taking charge of the game.

Is she taking the P out of Pickford here?

Klopp being entitled, water's wet. You've blasted managers not taking cups seriously for years mate, now this guy is not only sending out under 10s, he's refusing to manage? What a tw*t & incredibly disrespectful to Shrewsbury who earned their world cup final
Reactions: wkdsoul and Scouseinthehouse
S

RhQQ said:
Klopp being entitled, water's wet. You've blasted managers not taking cups seriously for years mate, now this guy is not only sending out under 10s, he's refusing to manage? What a tw*t & incredibly disrespectful to Shrewsbury who earned their world cup final
Click to expand...

When it comes to Jurgen, you're becoming a serious, embarrassing parody of yourself mate.

Soz abar us for keeping both the integrity of the 'winter break; and the welfare of the players. (Let's not mention most other managers who've spoken out about this. Just be petty toward Klopp as he's taking a proper stand.).

Oh, and tell that to Shrewsbury who's manager and various players are in full agreement with standing up to the ridiculous, two-faced situation of the FA.
S

The absolute state of that FA statement not happy at managers not being happy at their stupid decisions.

Anyway, roll on the draw at the madly specific time of 7:19 the next half hour.

Only have Oxford left as a new ground. So if not them, any side at home please. There's some btard long trips with this round madly being midweek.

Although City or United away would be great. Proper away day the Cup and handy for midweek.
S

F London midweek. Need that like a hole in the head.
S

Worth the quick, free sign-up to the Irish Independent. So, the spittle-flecked, finger-jabbing, tut-tutting inhabitants of the high moral ground have fixed Jurgen Klopp in the crosshairs of their perpetual outrage.

Respectful, picture-perfect explanation to the absurdity of the FA and ill-informed reaction to our approach to the replay at large.

Not that a manager should have to be the one standing up for the player's wellbeing, but he door's now been FULLY opened for EVERYONE to sit down and have mutual discourse and find proper, sensible solutions to this madness. But the authorities have too much money in play for them to doubtless ever do something as logical as that when it comes to the player's welfare.

Yanno, those lads that are only the most important aspect of their 'product' like. No biggie.
Reactions: dilakh2
S

When you've more eyes on the 23's at Wolves qualifying the PLIC than the first team in a PL game just doing what they do .....

Talking of 19, that's 19 points clear of City as we march imperiously on to title #19. In January. Stop and look at that. NINETEEN points' clear of CITY. SEVEN WINS. before JANUARY is even out! Is there anything left to say about these ridiculous Reds that hasn't been said multiple times already? WOW!!!!!

The first side in English top-flight history to reach 70 points in a season this fast. (The previous best is through 27 games. This was L'pool's 24th game of this historic season.).

Only the 13th team ever to beat all their opponents over a season. And the first time any Liverpool side has achieved that feat in the top flight.

Just beyond words what these lads are doing EVERY single game.

And to top off the night, the boy wonder went and did this at Wolves-


https://twitter.com/i/web/status/1222614291632750595
That side that played tonight at Molineux, with the addition of Curtis Jones who made his second league appearance at West Ham, the perfect Birthday present before he turns 19 tomorrow, with a rocking, sold-out Anfield behind them ..... Let's see how Shrewsbury deal with our 23's. I'll HAPPILY take our chances next Tuesday! 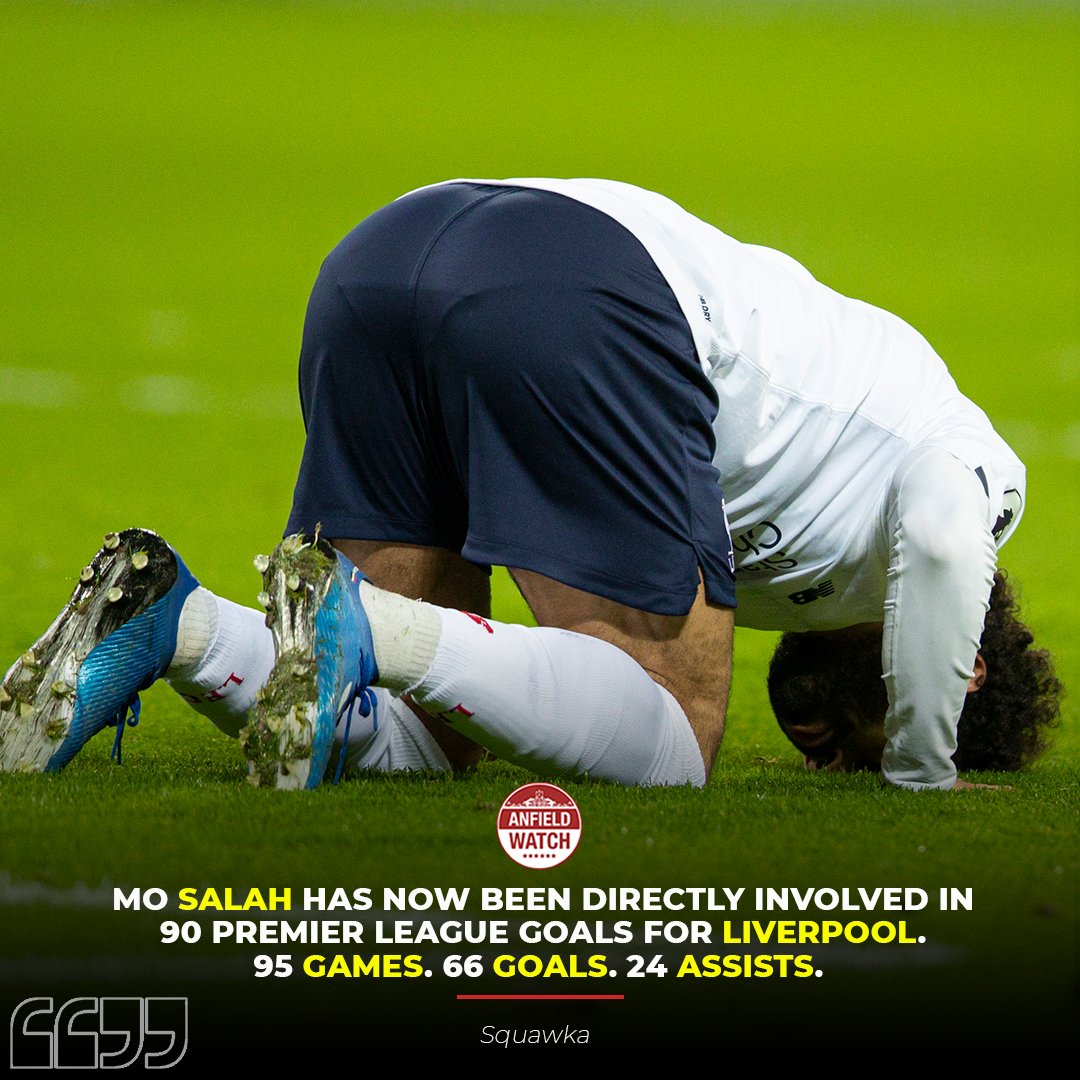 Just because we can never talk about Englands top defender enough-

Henderson for POTY. That is all.
D

Scouseinthehouse said:
Just because we can never talk about Englands top defender enough-