Tyton said:
I guess it was a long time coming with how many wins were rescued at fergie time.
Click to expand...

Soz abar us and those Utd sides for being that much fitter, better and more determined than the opposition to keep doing that late.

Just one of them. That’s football.
S

Fingers crossed Deulofeu isn't half as badly injured as it seemed. Looked real nasty that.
D

Theatre of Dreams83 said:
They have all been **** tonight! Could be a one off tbh. Even though TAA has had some poor games this season defensively. Teams looked leggy to me for a little time now. And don’t think Klopps rotation has been great or your depth is that good. Still a great team though.
Click to expand...

Its not leggy its that **** stupid winter break. Everytime theres a break we lose momentum and have a dip. Just shorten the season as whats the point of a break if players only get a few days off at most.
S

He has seen the table right looking up from 38 points behind?

Scouseinthehouse said:
He has seen the table right looking up from 38 points behind? 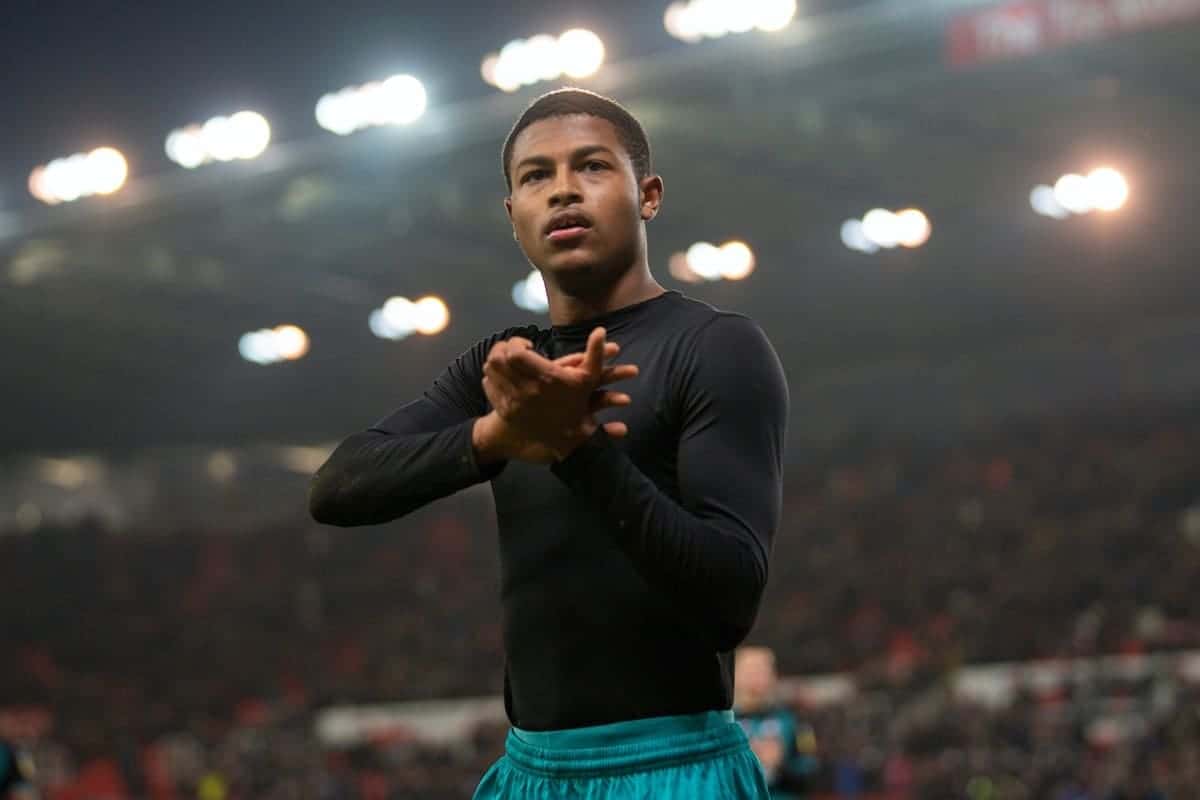 The striker is making a big impression at Swansea!

Scouseinthehouse said:
Fingers crossed Deulofeu isn't half as badly injured as it seemed. Looked real nasty that.
Click to expand...

Yep looked like a season finisher for sure
S

Just mooching around social media (I know) before I turn in ..... Man alive it's mad the number of opposition fans buzzing off L'pool losing a game of football.

Like, they do all realise we're still sat 22 points clear right on course for a quintuple? Arsenal fans I get as that protects their 'invincibles' record for another season.

But everyone else? Mad, or should that be sad World.
Reactions: dilakh2
S

Scouseinthehouse said:
Just mooching around social media (I know) before I turn in ..... Man alive it's mad the number of opposition fans buzzing off L'pool losing a game of football.

Like, they do all realise we're still sat 22 points clear right on course for a quintuple? Arsenal fans I get as that protects their 'invincibles' record for another season.

But everyone else? Mad, or should that be sad World.
Click to expand...

I always thought Arsenal got cursed after the Invincibles - like the boy who flew too close to the sun. Don't think they won anything major after that year (barring the odd FA Cup)
S

Sherkey said:
I always thought Arsenal got cursed after the Invincibles - like the boy who flew too close to the sun. Don't think they won anything major after that year (barring the odd FA Cup)
Click to expand...

It was mad how they fell off a cliff after that wasn't it? I mean after we somehow beat them in the Owen Cup Final, when they were much the better side, the next 3 years, culminating in that season, they were awesome. Came real close to winning three straight doubles. Henry at his peak as the best player the World over. Pires flying. THAT defence. Viera. Bergkamp still doing big bits ...... I mean you had Chelsea suddenly appearing with Russian blood money, uhmmm, rubbles, but still ..... To go from that period of one of the finest PL sides there's been, and the season-on-season battles with Utd, through a steady decline to the current carnage has been pretty staggering.

You might be onto something with the 'cursed' thing.
Reactions: Bujakaa92 and Sherkey
S 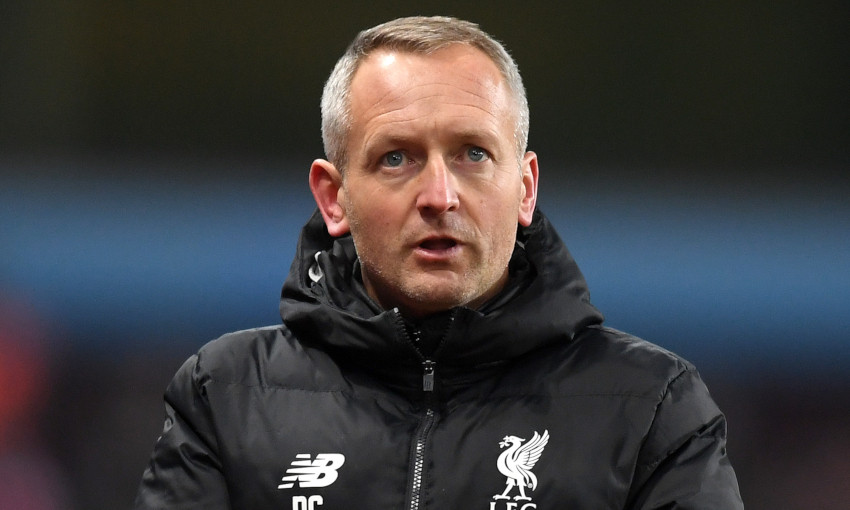 Liverpool can confirm U23s coach Neil Critchley has left the club to take up the position of head coach at Blackpool.

Superb. Gutted to lose him like but absolutely made up for him to finally start his pro-managerial journey. Another sign of just how strong the Academy set-up is at L'pool when another really well-respected youth coach gets his chance at a full-time managerial gig.

Thanks for your tireless dedication to the cause mate the last 7 years or so. You've played a BIG part in the development of some belters who should be here for the long haul like Trent and the likes of Curtis pushing through this year. Along with aiding a whole host of quality kids like Kent, Wilson etc and giving them the sound grounding to have a solid pro career.

And I wouldn't be looking forward to going to Chelsea tomorrow evening for a mammoth FA Cup tie if it wasn't for your guidance the last round in seeing our youngest ever-competitive side past a team of experienced, grown men in League One Shrewsbury.

Singing 'We're on the march with Critchley's Army ..... ' on the Kop that game will always be a fun memory of this historically awesome season.

All the best at Bloomfield Road mate. (Don't even have to move house either haha which is a nice bonus.).
Last edited: Mar 2, 2020
Reactions: dilakh2
S

Blackpool Football Club is delighted to announce that Neil Critchley has agreed to become Head Coach on a contract that runs until the end of the 2022/23 season.

'..... One of only 16 coaches in the country to have gained the highest possible qualification in the game .....'

Wow! It probably shouldn't, but the number being SO low in England REALLY surprises me.

I think I'm right in thinking, for example, that you can't coach/ manage in the German Bundesliga without holding a UEFA Pro Licence? And there's only SIXTEEN coaches in England who've attained that?

Staggering. To English football's detriment and explains a HECK of a lot about the state of our game.
Reactions: dilakh2
T

Hardly a big mystery, they were cursed with Wenger as manager. He made a big impression when he first arrived because the coaching standard in PL was so low. But as soon as more continental coaches started to show up, the Mourinhos, the Benitezes, the many Italians, then it became clear Wenger isn't that special. You could see it in European ties every year that Wenger was simply out of his depth in modern football. Can't even blame it on his age, Ferguson and Heyckness are both older and they did much better.
S

You don't class Wenger as a special manager mate?

His legacy is ridiculous to me. Totally transitional manager who completely revolutionalised the game in this Country and dragged it kicking and screaming into the 21st Century. And that Arsenal side from 2001-2004 is one of the best I've ever seen. Anywhere in any generation.
T

Wenger was definitely a revolutionary, but it's easy to become a revolutionary if you're arriving to a league that was stuck in the 1980s. That's what I'm getting at. Heavy drinking, smoking, poor nutrition, all of that stuff was still going on and Wenger changed it. But any decent continental manager would have done that job too.

And yes, he build a side that was great for 3 years, what has he done for the other 19 years? A lot of 4th places and a lot of getting humiliated on the world stage. Not exactly stuff of legends.

They always seemed to struggle with goalkeepers for example,. Cech arrived and he became ****, Leno seemed like a flop at first, meanwhile Szczesny and Fabianski transfered out Arsenal and Wenger's care and magically become much respected goalkeepers basically overnight. That's too many examples to be a coincidence, it's poor coaching that probably wasn't limited to the goalkeeping department.
Reactions: dilakh2
S

I think you're really under-selling him personally but I appreciate the different take.
T

He was definitely a good manager once. But from Invincibles and onwards he became complacent and his football was stuck in the early 2000s much like PL managers were stuck in the 1980s when he first arrived.
Reactions: dilakh2
B

FWIW. I have no strong thoughts, either way, to be honest. No longer our concern.