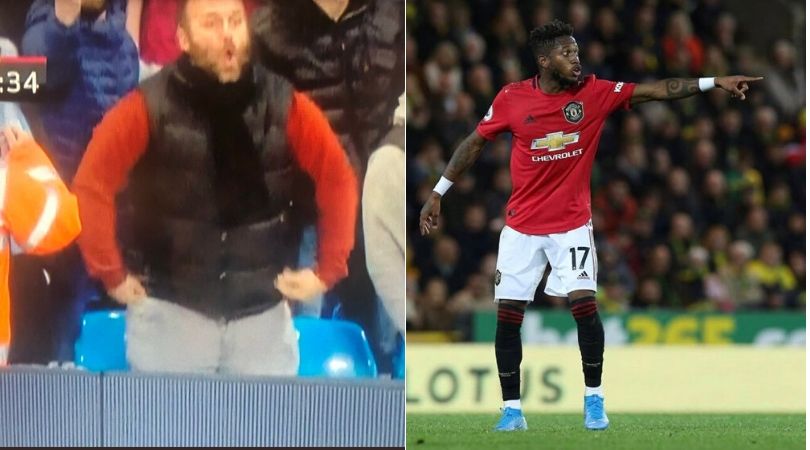 woolly said:
Unfortunately when Pogba is fit again he will be dropped and will go back to square one.
Click to expand...

Nah, Lingard/Pereria will be dropped
Reactions: Theatre of Dreams83 and Vanjagl
L

I hope so. That sounds good on paper.
Z

the intensity of Fred and his work rate spur players around him on, especially McTominay.

What a great performance from United today, I may not think OGS is necessarily the man for us but can't deny he gets these kind of games spot on tactically.

This pretty much guarantees Solskjaer until the end of the season I'd imagine at least, what I re ally want to see between now and then is can OGS start to get some consistency against the smaller teams?

But once again, fantastic from all involved today and suddenly top 4 is only 4 points away.
K

zzeezzy said:
the intensity of Fred and his work rate spur players around him on, especially McTominay.

What a great performance from United today, I may not think OGS is necessarily the man for us but can't deny he gets these kind of games spot on tactically.

This pretty much guarantees Solskjaer until the end of the season I'd imagine at least, what I re ally want to see between now and then is can OGS start to get some consistency against the smaller teams?

But once again, fantastic from all involved today and suddenly top 4 is only 4 points away.
Click to expand...

ok who are you and what have you done with zz
Reactions: Tyton, Legend Incredible and zzeezzy
Z

kitchin75 said:
ok who are you and what have you done with zz
Click to expand...

I do hope so Pogba is much better further forward with a mandate to roam. Pereria has only preformed it fits and starts and doesn't look like he will ever reach the standard expected, whilst Lingard still needs to mature (if he can get rid of the ego he may still prove a decent back up on the right wing or in the central role).
A

Joshua in the third
L

A post from ZZ complimenting United and OGS... without any negatives. Holy shít, I think **** just froze over. I might win the lotto tonight

So "héll" is considered a profanity? Fúcking ****! Fm base is soft
S

Sensitive subject alert that may well unsettle a few folks-. But to me it's all relative and I make absolutely no apologies if it does-

A little while back on here, there was a heated discussion on the Bernardo Silva/ Bernard Mendy incident. Through which a good few folks tried to brush it off as something and nottin. With a few of our foreign friends going as far as saying it was just Brits overreacting and going as far as to call us 'snowflakes' comparted to their experiences of such in their own Country's. Which was widely seen to be backed up by the whole offensive mess being handled SO badly by City who treated it very lightly, to say the least.

Fast forward to yesterday and you get the abhorrent disgrace of the blatant racism as caught clearly above from the same clubs supporters to Utd players.

Coincidence in the two incidents happening in such a short period of time or just an absolute low-life disgracing himself and everyone else?

I'd tend to think, when something like this is SO uncommon at not only PL football grounds now but the one concerned, of it as the former and it being NO coincidence.

For reference, the very same despicable thing happened at Anfield after the Suarez/ Evra debacle which Liverpool, like City with Silva, handled so poorly. The ONLY time such outrageous, open racism like that has been seen at either club in YEARS- 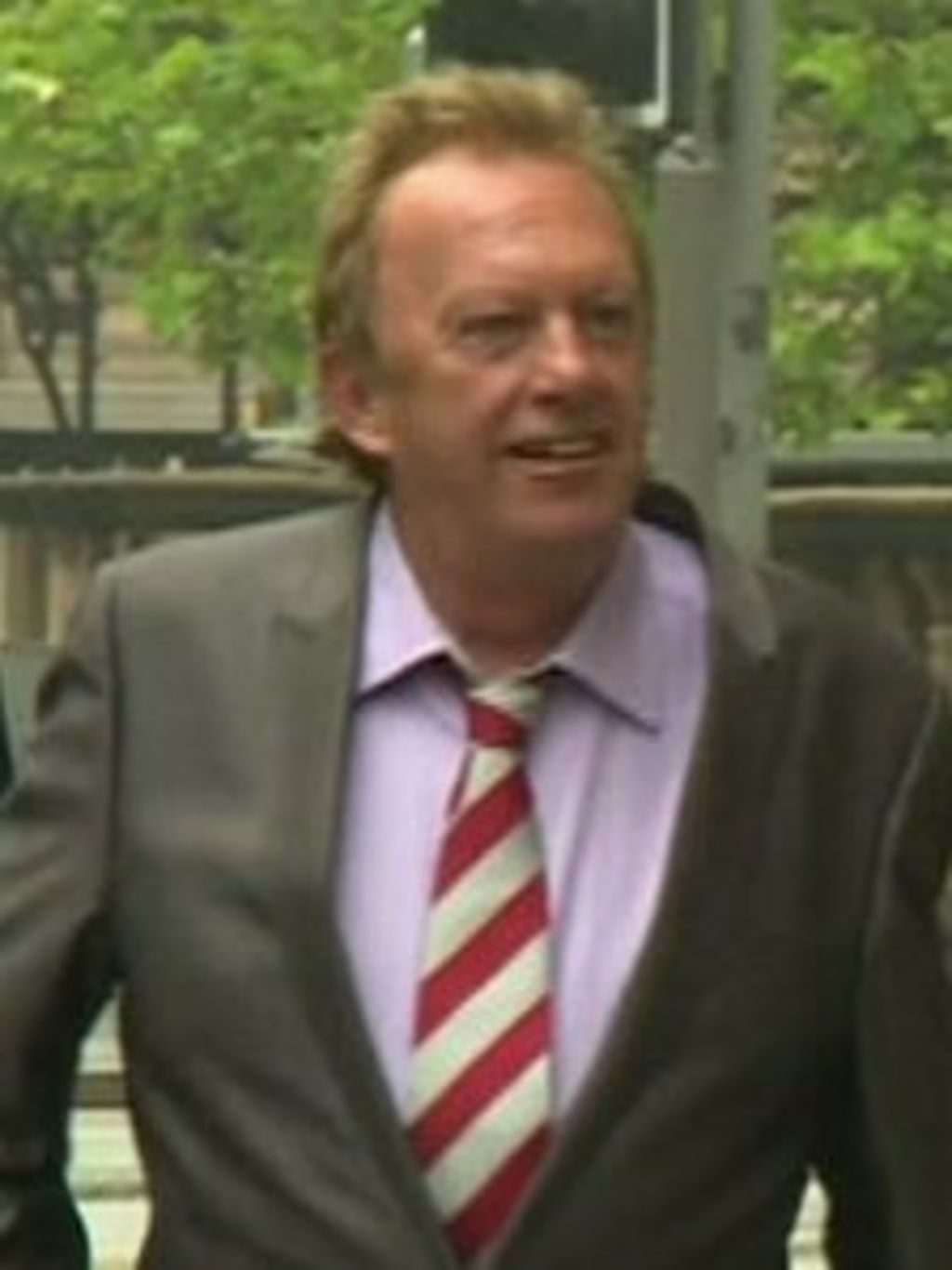 A football fan is banned from matches for four years after being found guilty of racially abusing Manchester United defender Patrice Evra.

If those aren't connected, then that's two **** of a coincidence happening when it's SO out of the norm.

Gary Neville was fantastic after the game on Sky in bringing up the current disgrace that is this Country's Prime Minister and his overt, bigoted, racist views. (Which unbelievably got attacked on Social Media.). And the patent parallels to how 'acceptable' racism from the top clearly affects society. (Hate Crime has seen a BIG jump through this election campaign ..... Certain Politicians in power continue to use such inflammatory language against foreigners/ minorities ..... It doesn't take Einstein to connect the dots.).

If you excuse ANY form of racism at the very top (however unintentional the Silva debacle was), you allow and encourage it to prosper further down. As we saw to everyone's shock and disgust yesterday.

Hopefully, if anything good is to come out of yesterdays disgrace in the Manchester Derby, the next football club who has to deal with such issues with one of its players will learn from the knock-on effects of how they deal with the matter.

And we should ALL think on that too when we laugh casual racism off as being inoffensive/ just some folk being over sensitive.
Reactions: Tyton and Sherkey
T

I still think Mendy/Silva situation was people being oversenstiive and Suarez situation was just a misunderstanding with English media not comprehending the context of conversation that happened in Spanish. There's definitely a bit of hysteria going on when sometimes player just gets booed and everyone assumes it's racism.

This moron making a monkey pose however, is not a case that I would even try to debate. Hope the idiot gets a lifetime ban.
L

Boy Sterling really is spineless. He's been very outspoken against racism in football yet he does nothing while he saw Fred racially abused by a city fan. Hypocritical if you ask me. 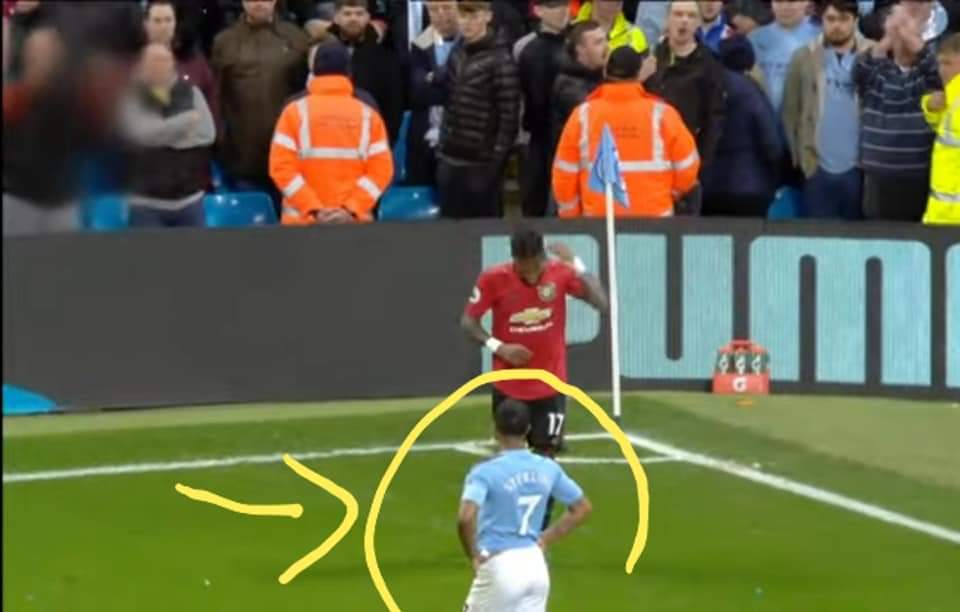 Reactions: Sherkey, Scouseinthehouse, Theatre of Dreams83 and 1 other person
V

We aint gonna catch your disease. You created it, you deal with it. I don't condone it 1% and it must be exterminated. But don't give me that bullshit that joking between 2 friends is same as making monkey gestures. Dave Chappelle made his career of racist stereotypes and thousands of people are fighting to get hold of tickets for his show.


But this is OK. This is comedy. I'm sorry, but if you degrade yourself by saying i'm a N word, then that word becomes accepted in that society. Is that the best way to deal with racism? I don't know. If a black guys say the N word, it's fine. If a white guy say it, then thats racist and he should be hanged. That by its self is a paradox. And there are examples from both of those MFs. Who gives a F if you're blue, green, rainbow colored skin. Just try your best to be a decent human being.
S

Vanjagl said:
...... But don't give me that bullshit that joking between 2 friends is same as making monkey gestures. .....
Click to expand...

I appreciate English isn't your native language but I didn't.
L

Check out this beauty lol 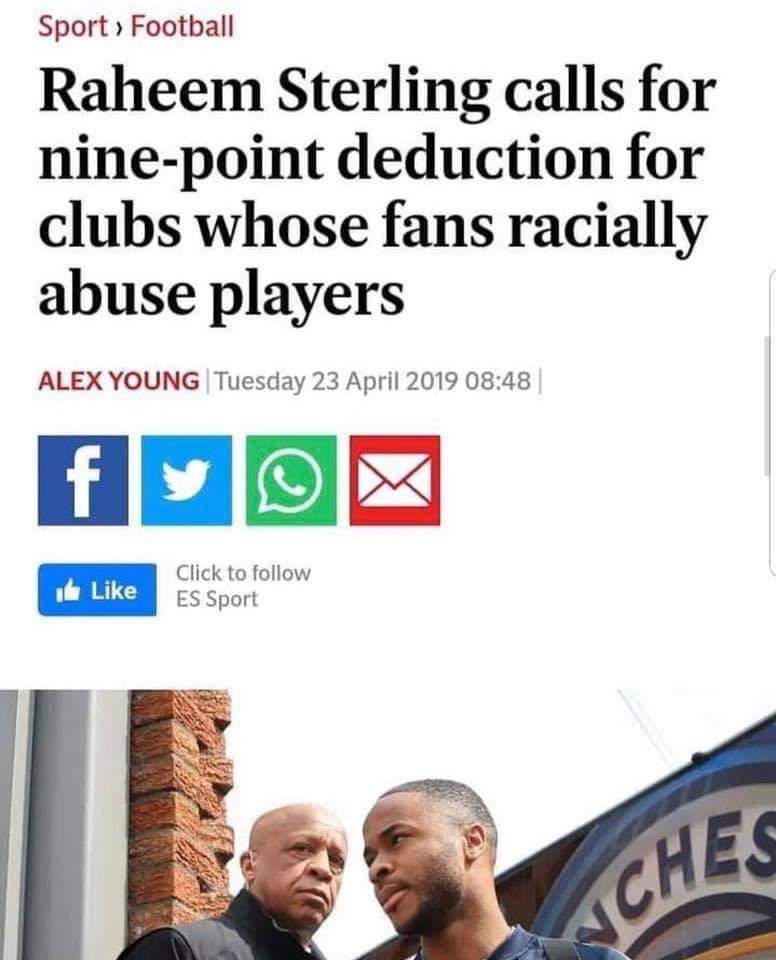 Reactions: Sherkey, Theatre of Dreams83, Tyton and 1 other person
T

Hope to see On Thursday

0-1 WBA atm after 25. Poor defending all around. Gomes having an absolute stinker atm. Chong, Ramanzani, Laird best players so far. WBA giving a few of there first team players a run out including Chris Brunt who been a right dirty **** so far!

1–1 Ramanzani with his 14 th I think this season he’s on absolute fire! Utd dominant since the second half started.

From the sublime to the ridiculous Ramanzani stupidly lunges in in the box and gives away a peon but Kovar pulls off a cracking save!

66 mins Puigmal on for Garner who will be in the squad for Thursday.

Get in 2-1 Utd. Great closing down by Mellor who gets a block on the keepers clearance and it reflects into the net.

3-1 Utd. Great play by Mellor driving from deep. Slips it wide to Chong who drills a pass across the 6 yard box for Gomes to tap in.

3-1 FT. What a second half performance! Dishon Bernard was an absolute colossus at the back. Starting to show true top class potential now and super consistency. Laird at RB was AWB mk2 defensively but fantastic going the other way.

Chong, Gomes, Mellor a constant threat headed by Ramanzani who has to be one of the most inform players at youth level. Really developing into a dangerous top talant attacker. Then it’s just a joy to watch Garner, Galbraith, Puigmal just run the game from CM
Last edited: Dec 9, 2019

Legend Incredimaria said:
Boy Sterling really is spineless. He's been very outspoken against racism in football yet he does nothing while he saw Fred racially abused by a city fan. Hypocritical if you ask me.
View attachment 2142
Click to expand...