The Twisted Story Of A Manager

Im writing this story to tell you about my managerail life, Febuary 14th was a great day for me i know what you thinking about no it was not valentine's day that made me happy it was because i had got my first managerail badge i was overjoyed that i was qualfied to manage a team any team but i doubt it that a massive european powerhouse will go for me like Manchester United or Baraclona. I was walking home from my universty class ( if you are wondering what it was it was a maths class and it was really boring) suddenly i heard my Blackberry beep, i took out of my pocket and my mate sent me a text saying did you hear the news. I texted back ( what ), he said (Sir Alex Ferguson retired) i put ( really) he replied (yes) then we stopped texting because i couldn't be ask to text. I went on the internet via blackberry and checked sky sports news and my mate wasn't lieing Sir Alex Ferguson had retired i couldn't bealive it my day has just got better.​


The 67 year old said i have loved managing Manchester United and i have achived a lot here, it has been the best time of my life being at United. I am getting older and older so i thinking i should spend the last part of my life with my specail wife. I thank everyone who has supported me all my life in football but it time to go for me thank you ( said Sir Alex Ferguson ) This is shock to the footballing world the greatest manager in world has left football who will replace him, whoever replace him has big shoes to fill the however the favaroutie is Jose Mourinho( sky sports reporter)​

Nice OP pal, keep it coming could be a cracker..
C

I had arrived at my house around 5 pm, no one was in, it was silent ( i still live with my parents it annoying they treat me like im a child.) I went to the livingroom turn on the tv and put on my favourite channel( it sky sports news), i saw something that caught my eye, it said at the bottom of the screen that Jose Mourinho has been commited to the Real Madrid job i wasn't really shocked this what he said at a press conference, i have only just come here and i already linked to the Manchester United job the footballing world never stops talking as we all know ( laughs). Now i was thinking could Pep go to england. While i was thinking i heard my phone beep again my mate said ( Meet me at my house we are going to a party tonight ) i went ( ok) that was a nice 10 minutes at home i said to myself i got dressed and off i went my mate house my phone beeped again he said (are you there) i went (can you see me) i replied ( no i cant ) then i said (so im not there yet) finally i arrived at my mates house he said finally i replied you nag more then my mum he laughed. When we arrived at the party everyone was drinking and smoking i didn't like this party and i was only there for 1 minute i sat on the table eating crisp and getting the latest news on the internet via blackberry, nothing intersting happened yet. When i get off my blackberry i saw a girl sitting next to me she didn't drink or smoke ( i :wub: her already and she is preaty) she said what are you looking at i said football she replied cool she ask me do want my number i said ok she gave a number and i said to her do go for walk she replied yes we walked and talked for 2 hours and finally we got back there i was happy that i have a preaty girl number i saw my mate sleeping on the sofa i picked him up then i said bye to my friend ( which is a girl ) then i carried him all the way to his house knocked on the door and i said to his mum his tired he need sleep she said ok and thank you i walked home i went staright to my bedroom and went on to the laptop and cheaked sky sports news Pep said i want to stay at baraclona, he also said it great to have big teams like Manchester United after me but i still have job to do here at Baraclona i wish Manchester Luck and i hope one day i will go to england but not now. I went on this website called Fm base it cool site where football manager lovers can be i was writing a story about a legend returns to Liverpool it a good story but not as good as the StuW or Ollie or Jake and Sumner and we also gossip i love this website and the people on it but i got tired and it was time to go to bed. 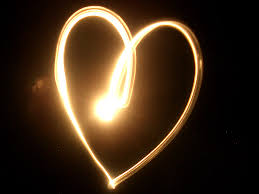 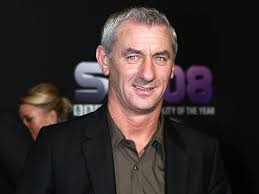 Today the oweners have sacked Steve Kean after his poor behaviour to the club , they had this to say Steve Kean is gone mad no one get away after saying that he can only dream of getting the Manchester Unitied Job he the rubbish not us we will show him that we better then Manchester Unitied. This what a fan had to say the owners are great they have siad that no one is bigger the Blackburn Rovers and WE ARE THE BEST.

nice to see me mentioned mate , go for the Blackburn job !!
C

I just applyed for the Blackburn job, i was so nervous could i even have a chance ? against the big boys. It will be a dream come true if i got the job. This is like being in a boardroom with Lord Sugar. I going to tell you a little bit about my life,My favourite team is Liverpool The First time a kicked the ball was the age of 2 years old, i've been playing football for nearly 20 years, I am 22 years old , my parents split up at the age of 6 years old (my age), I currentlly work at KFC part time , i also go universty . Today i will find out if i got the job.​


GORDON STRACHAN GET THE JOB ​


Gordon was always the favourite for the job, he had this to say im glad im back in football and i want achive stuff here at Blackburn, im looking forward to working with the boys and i excited to work in the premier league the best league in the world. ( Gordon Strachan) This is a exciting prospect said the owner he can lead us to big and better things .​ 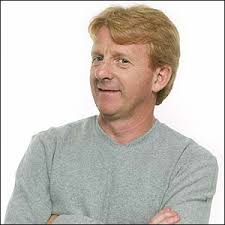 no im so angry that didn't get the job, so will ever get a chance to manage a team who know's but it wont be in the premier league im shocked but i knew it was coming​


Gordon force retire because his wife pass out in a car crash inciddent, he will be a single father looking after his children. He had this to say before he left Blackburn Im sorry to all the Blackburn but i have to retire to look after my children all you would of done that im really sorry and he left crying. Here more of what happened a lorry span out of control and hit his wife car and she went flying and was bleeding in the car, it was on fire she couldn't get out she stop breathing no could save here. This a sad moment.​ 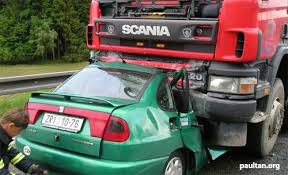 I feel sorry for Gordon no one should go through this no one, i wish him luck for the future and i hope he survies !​

i was sleeping when i woke it was 8 am , i went to bathroom had a shower then brushed my teeth had breakfest off i went to work. Just past 1 pm i recivied a call i picked it up and said hello the voice replied hello are Chaz Brahma i replied yes i am he replied back oh ok do want manage Blackburn i said yes then they said come to Ewood Park tommorow at 3pm a taxi will pick up from your home tommorow at 8 am you got to come i said alright. When i got off the phone i jumped in the air as high as i could and shout yesss. Now it is the diffcult part i have to ask my boss to not come work tommorow. I knocked on the door nervouslly the voice said come in i opened the door as slow as i could Boss he replied YES can i not come in tommorow he said why i have a meeting with someone NO you come in tommorow then i shouted to him I QUIT and as i walked out i slammed the door finally i can leave this place, it so dirty and yuck. I woke the next morning, when i woke up i heard my Blackberry alram beep really loud it hert my ears. After i went to bathroom to get ready after that when i was eating my food my hands where shake i was scared and nervous. I heard the taxi beep it horn now was the time to leave i walked out the door then i locked behind me then i walked down the staris like i was getting ready for a cup final. It was scary, i was nervous like never before i got into the taxi the taxi said where you going i replied Ewood park he asked why i said No comment. We where slinet after that i arrived there the taxi man said he had already been payed by a unknown man. I was at Ewood Park the place where i start my career i was excitied and nervous. I walked in the woman at the till said who are you i replied Chaz Brahma oh he wating on the second ffloor i took the staris because i was too nervous to be with people, i walked up the staris as slow as i could. When i got there i said hi to the owner he replied hi would like to sit down i said replied yes please we talked about what i wanted to achive and money and players after 2hours we came to agreement that i will have 8 millon budget with 650k wages budget and my contract is 14,000 till 30.6.2012 and i will start work tommorow​ 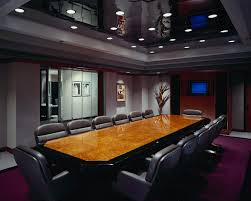 
This is my squad i started with.​

the story is starting to pick up now !!
C

cheers yours is great

will up date soon
T

After waiting for a 1 week we finally find out who will become the new man at the helm at Blackburn Rovers, There lot of name been thrown around the favourite is Martin'O'Neil . Will he get the job stay tun to find out. 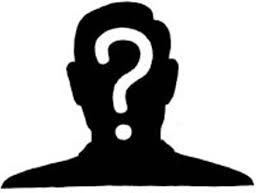 My first ever press conference, i was nervous and a bit excitied. When i walked in all the cameras started to fllash i thought i was blind. Well it starts now wish me luck. 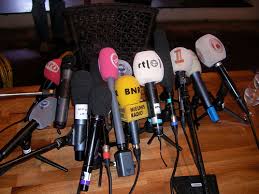 That was anyoying they don't have faith in me.