Even though you say it's a 4231 I think more people would try a tactic if there is a SS of the actual formation. Does this use tactic use IF or wingers, what's the MC roles.. There's lots of info in a screenshot of the tactic.
Reactions: Elazir, One-Skin, MaxKingTV and 1 other person
D

@Ozzy20 did you use any opposition instructions?
I

DjSpinner said:
@Ozzy20 did you use any opposition instructions?
Click to expand...

Test season with Everton done. lost the league title on the last day with Man City sitting top on a +2 goal difference on me going into the last game, i ended up drawing and they winning so finished joint 2nd with Liverpool. couple of loan signings in jan(brandon williams & ayoze perez) and a free transfer of Sturridge added some depth. So i a trophyless season in the ended but exceeded my expectations massively,.

One-Skin said:
screen shot of the tactic...? I see 4 million screenshots not one of the tactic haha
Click to expand...

Haha oh sorry abouy that bro lol here it is

end of season 2 with Man Utd and another successful 1, after a fantastic 1st 2 games against man city i crumbled at arsenal with a 1-3 lead going into the last 10 mins(which also gave me my 1st loss in the league since starting this save) losing 4-3. i quickly regained my confidence and went on a very nice win streak scoring bundles of goals but leaked a few too until mid November where i incurred my 2nd league loss away to Chelsea again throwing away a 1-2 lead(seem to struggle at Stamford bridge at the moment) quick revenge in the very next game knocked them out of the cup. Another great run of results taking me to march with no loss until i meet Chelsea at Stamford bridge this time in the fa cup, again i lose 3-2 - very frustrating!! dusted my players down i went unbeaten again winning the league by 24 pts, breaking all sorts of records. reached my 1st champions league final, opponents were Barcelona. i dominated the game all the way up to the 120th min and a sloppy pass out by DDG gave it to Ansu Fati who gave them a very undeserved win!!! Ter Stegen claiming motm says it all really, of all the days my players couldn't find the net it had to be in the biggest game of the season!!!!

3 more bits of silverware(community shield, prem league & carabao cup) but i desperately want the champions league, hoping to go 1 better in season 3. Im currently in the QF of the club world cup which im up against Chelsea of all teams!!!!

so many goals and assists shared out accross my team this season, if it was for Martial picking up an injury that ruled him out for 2 months between end of jan to end of march he may well of broken to 60 goal barrier(40(5) games - 58 goals), also he's already on 3 in 2 CWC games & since ive been manager hes played 95 & scored 95 in all comps.

Really enjoying this tactic and hope others are too, just hope it doesn't get patched like last year - very successful tactic in beta and then once game was fully released it wasn't as affective ?

lovely revenge and a fantastic team performance, onto the semi's......

what a performance in t that was!!! should have been over in 90mins but almost didnt even get their!!! spurs in the final

what a crazy game

SORRY GUYS BIGGEST BOO BOO BY LEAVING OUT THE ACTUAL SCREENSHOT OF THE TACTIC ITSELF!!!

Read the rest of this update entry...
O

how is this tactic doing after full release Bud?
C 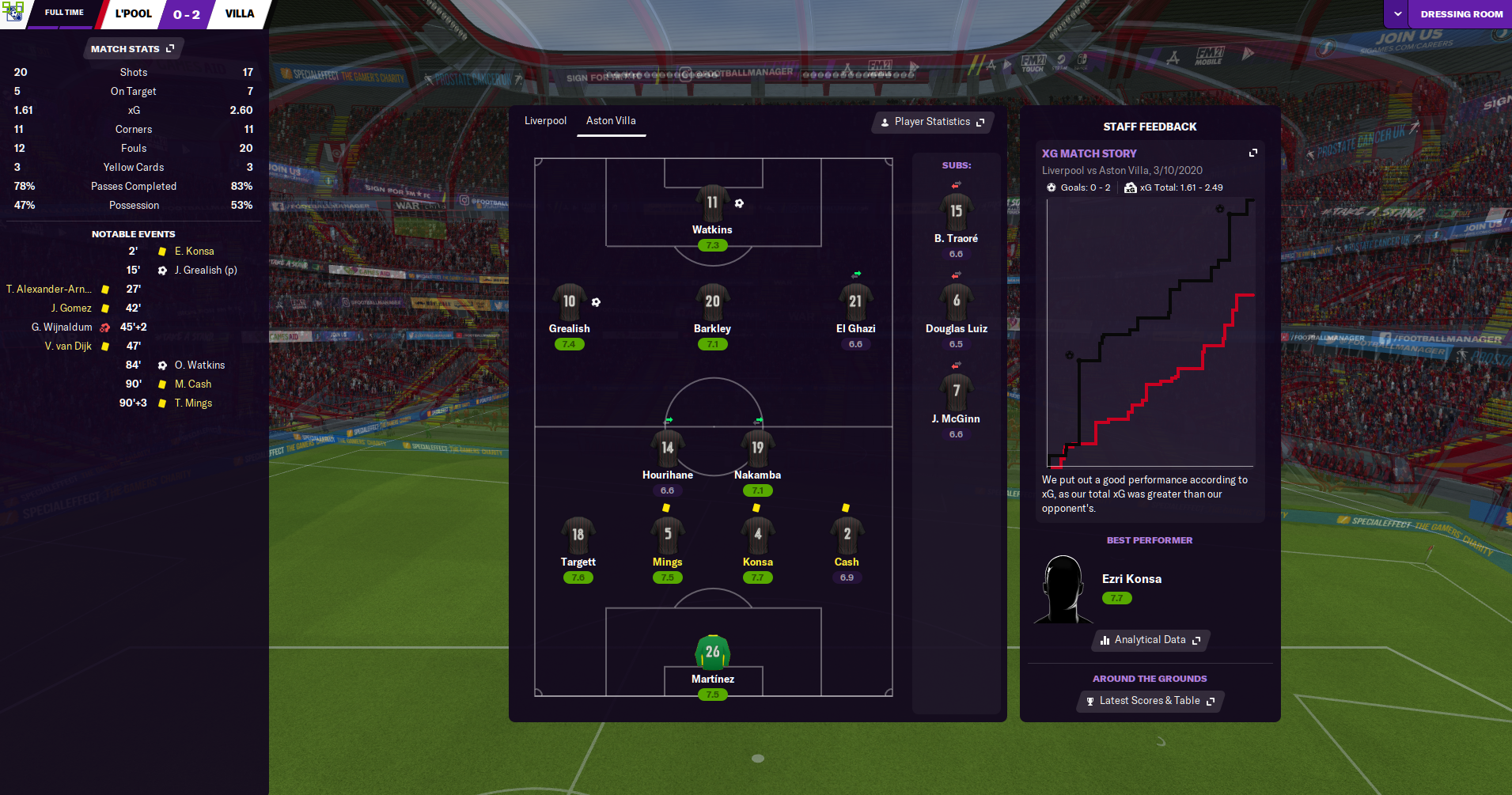 No transfers, 1st season Villa. First 2 games with this tactic beat Spurs away 1-0 and now Liverpool away. The latter I couldn't manage at all throughout FM 20. Looking like a great tactic in early stages.
Reactions: Ozzy20
O


No transfers, 1st season Villa. First 2 games with this tactic beat Spurs away 1-0 and now Liverpool away. The latter I couldn't manage at all throughout FM 20. Looking like a great tactic in early stages.
Click to expand...

haha would have been amazing for the real life scoreline, great results so far. let me know how the full season goes. Be interesting to see how it works for me now the beta is over, will update in due course
O

One-Skin said:
how is this tactic doing after full release Bud?
Click to expand...

my results since full release, was already half way through my 3rd season with utd, im currently doing 1 with Real Sociedad, ill post end of season outcome once complete