Trying To Win (with) The Pools - A Hartlepool United Story

After leading their side to relegation to League 2 last season John Hughes was dismissed. Colin Cooper was appointed but after an argument over budgets and expectations he too left and in comes the unknown Kris Stuart............... 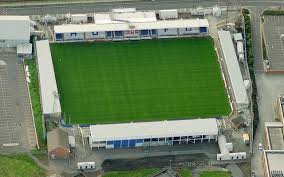 (I thought it was about time I tried some lower league management. Bored of the big teams, and I have my PTP save for that anyway. Need an enjoyable challenge and I hope this will be it! I was going to go Portsmouth but some peeps are currently storying with them already and then I thought about Crewe but I have plumped for these lot.)

Awesome, this should be good.

They are all going to be key if we are to get promotion. James has already come to me about wanting a move to a bigger club and I have promised him promotion....................

Well I am in no position to sell any of my assets so there hasnt been a lot of departures! I released one guy and loaned out 2 others.

We get Arsenal as a parent club and Lincoln City as a feeder club
We appoint a rather attractive female physio!
Paul Hardyman leaves Portsmouth to become my new assistant manager
(Craig Hignett is the assistant in real life but is not in the game)
​
Last edited: Aug 12, 2013 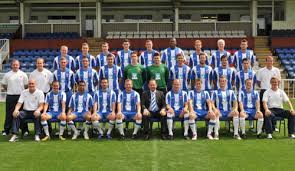 5 goals away from home against a side a league above us - a great start!!!

They are newly promoted and we are newly relegated so I expected victory.
--

Exeter are predicted to finish 2nd so this could be a vital victory.

We played well enough to win but we couldnt find the winning goal.

We never had any chance here although our goalie getting a rating of 3.6 didnt help!!!!

Overall I have got to be happy with how my team has played. We are unbeaten in the league and despite getting thumped by Norwich in the cup, we put 5 past a side in a higher division than us the round before.

Outgoing was Neil Austin to Yeovil for £220K as I felt at the age of 29 it was time to cash in on him and 35y/o Sam Collins left to join Mansfield on a free.

Looking forward to read how you get on with the Monkey Hangers, are u using ur Bilbao tactic?
L

Looking forward to the rest of the story, good luck buddy.

A nice win which included a debut goal from Songo'o

Another League 1 side is beaten in the cup by us. Bennett also had one disallowed.

Magnificent win and performance. Their goalscorer was a certain Robbie Fowler!!!

Jeezo - we should be in the Champions League lol

Another great performance and victory and we are scoring for fun with Luke James returning to the side and helping himself to a double.

This win moves us 9pts clear although Portsmouth have 2 games in hand.

This win was rather more hard fought than the previous ones which made it no less sweeter.

This month was just stupid. We won all 8 games, scored 24 and generally played brilliantly. Luke James, Mason Bennett and Ben Davies are obviously too good for this level and although we conceded a few everything is going well.

I am however not used to having to chop and change my side so often. My players fitness levels arent quite up to scratch but I am not allowed a fitness coach so there is not much I can do!!

On a sour note we have been drawn away to Sheffield United in the next round of the Johnstone's Paint Trophy.

Looking good, should get promotion in the first season. Try and get Ralls on loan, I did a career with Northampton and he ended up being the player of the season.

craiglowerson1984 said:
Looking forward to read how you get on with the Monkey Hangers, are u using ur Bilbao tactic?
Click to expand...

To be fair I almost signed Ebanks-Blake on a free transfer which would have meant a change
Click to expand...

Thinking of starting with the 'pool. Is the team suitable for a 442? What kind of striker is James? DLF?

craiglowerson1984 said:
Thinking of starting with the 'pool. Is the team suitable for a 442? What kind of striker is James? DLF?
Click to expand...

Advanced forward but I play him as a poacher.

Good stuff Klippy. Only you would say you deserve to be in the CL when you beat SCUNTHORPE 6-3
M

Nice start here Klippy, I had a Hartlepool save last year and Luke James was pretty good all the way until the Prem where he became more of a squad player. I even think I signed Shola Ameobi in the Championship, although that was probably just to stop him scoring against Sunderland! XD Anyway keep up the good work, I think you'll make the Premier League in 4 season, 5 at the max!
M

LovanoFM said:
Good stuff Klippy. Only you would say you deserve to be in the CL when you beat SCUNTHORPE 6-3
Click to expand...

We had Holden sent-off just before we scored so this was a very impressive victory.

I rested Bennett and James for this game but it made no difference as James Poole came into the side and notched a hat-trick. I was surprised to see Dave Kitson playing down at this level.

This game would have been hard enough with my strongest side out so there is no shame here.

Our winning streak comes to an end but I am happy with a point considering we fell behind so late. Luke James missed a penalty though.

Back to winning ways here thankfully.

WOW!!! I have said before that Bennett and James are far too good for this level and they proved it again here.

A nice way to wrap up the month.

We keep ploughing on!!! Already it looks as though League 2 is sewn up and with the possibility of strengthening my squad in January I will be seriously ****** off if we didnt win the title - and our first trophy!!!

Off the field the club has agreed to buy our stadium so whether that will affect my budgets in the near future remains to be seen.