I made some movement in the transfer market during my first pre-season with the club. In came Sam Johnstone from Man United as backup to Jaaskelainen in goal - a young goalkeeper with time on his side and some ability. Adam Webster also joined for a small fee from Portsmouth; he was immediately dispatched out on loan to Yeovil. At the tender age of 17, Webster has a good 5 years of development and game-time is vital.

Piquionne joined Derby for 400k, while Carlton Cole left to join Sunderland for a fee of £4.3m. My only first-team addition was Maynor Figueroa. While I intended to spend money on younger footballers, we really were stuck at left back and no deal could be met for Cheikh M'Bengue or Ghoulam. Figueroa should provide a good year or two of service.

We play a 4-3-3 system with two disciplined sitters in the middle supplemented by an attacking player. The central striker is a deep lying forward; in this case Andy Carroll.

I have tried to mix up our game with Jaaskelainen instructed to distribute short from goal-kicks and a general instruction to pass to feet. However, with Andy Carroll up front, we do have the option to go back to front.

As of 8th October 2012, we sit 3rd in the league and are unbeaten. The highlight thus far has been a confident -0 win over Manchester United. The key was pressing and maintaining our high defensive line. My initial tactical assessment was that to sit deep would be suicidal against a team with the creative talents of Kagawa and Rooney (of course behind the potency of Van Persie). Despite a lack of pace at the back, we played high and Man United never really threatened. 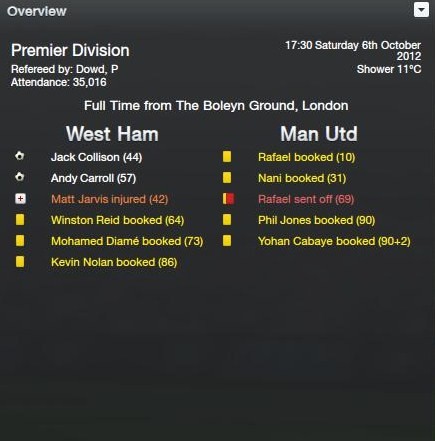 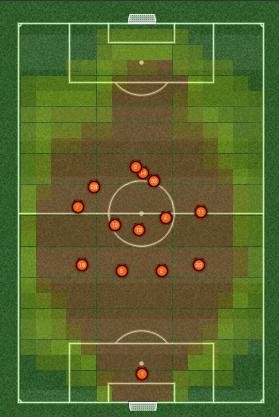