So this save starts on the the 9th October 2020 which is a bit of a weird start to a save but there is a reason. The main reason being I started the save being in charge of Manchester United but got bored after a season and left and ended up at Marseille who were sitting in 15th after 9 games. After joining the team i did the usual checks first being the youth candiates and dear god they were probably the best I have ever seen on an FM game. I know that you shouldnt use the star rating as anything to go off but when you come to a new team and see 13 under 21s with a 4 and a half star potenial plus then dont tell me you dont get exicted. This is why I am going to do the challenge with this team.
So I am using the touch version as I really like the instant result feature as it makes the game go by quicker, but this also means I have enabled the no sacking feature as I have a feeling that I wont be winning anything for a few years with these sorts of players and a big team like OM might have something to say about that.
I am only allowed to sign players under the age of 18, and my main aim for the next two transfer windows is to remove anyone over the age of 21. However, I wont be selling any of the under 21s when they do become over the age limit as I want to see what sort of team I will be able to create.
obviously the main aim is to try and over take PSG as the biggest team in the French league and then obviously try and win the champions league.
So wish me luck and I will be updating twice a season
Reactions: Hampus Silverholt, anej and Michael Onwuegbu
A

So lets say that the board are not happy with me at all, mainly because I somehow made the team even worse, it might be because I sold all of the first team players and just put the youths on the pitch. I dont think they know what sort of challenge I am trying to do here.
So what have I managed to do in the rest of the season well. 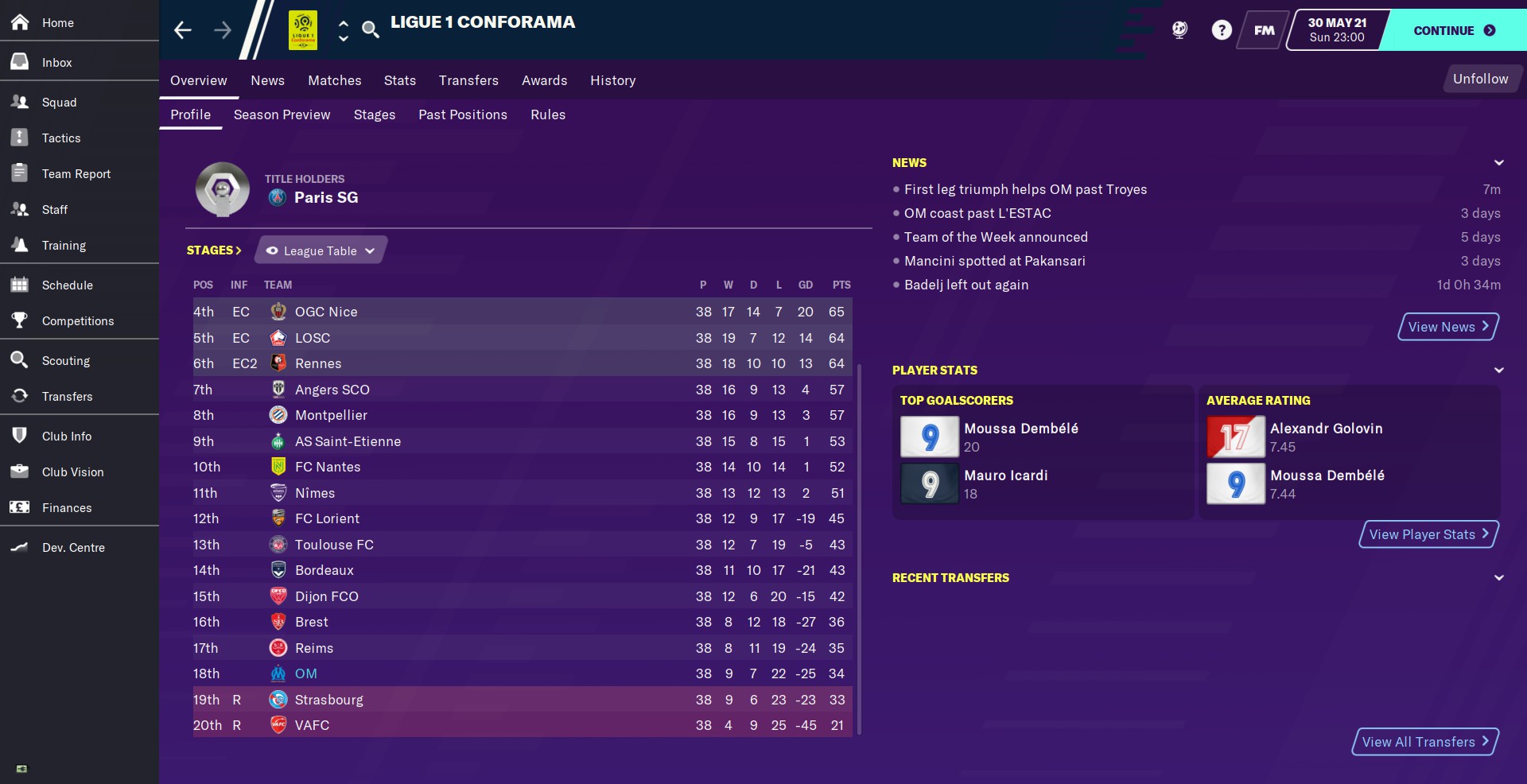 Well I came 18th and won the relegation playoff 2-1, which to be perfectly honest I wish I lost so I could have a better time in league 2 so the team would actually win more then 9 games but ohh well.
Transfer wise I bought in 4 players 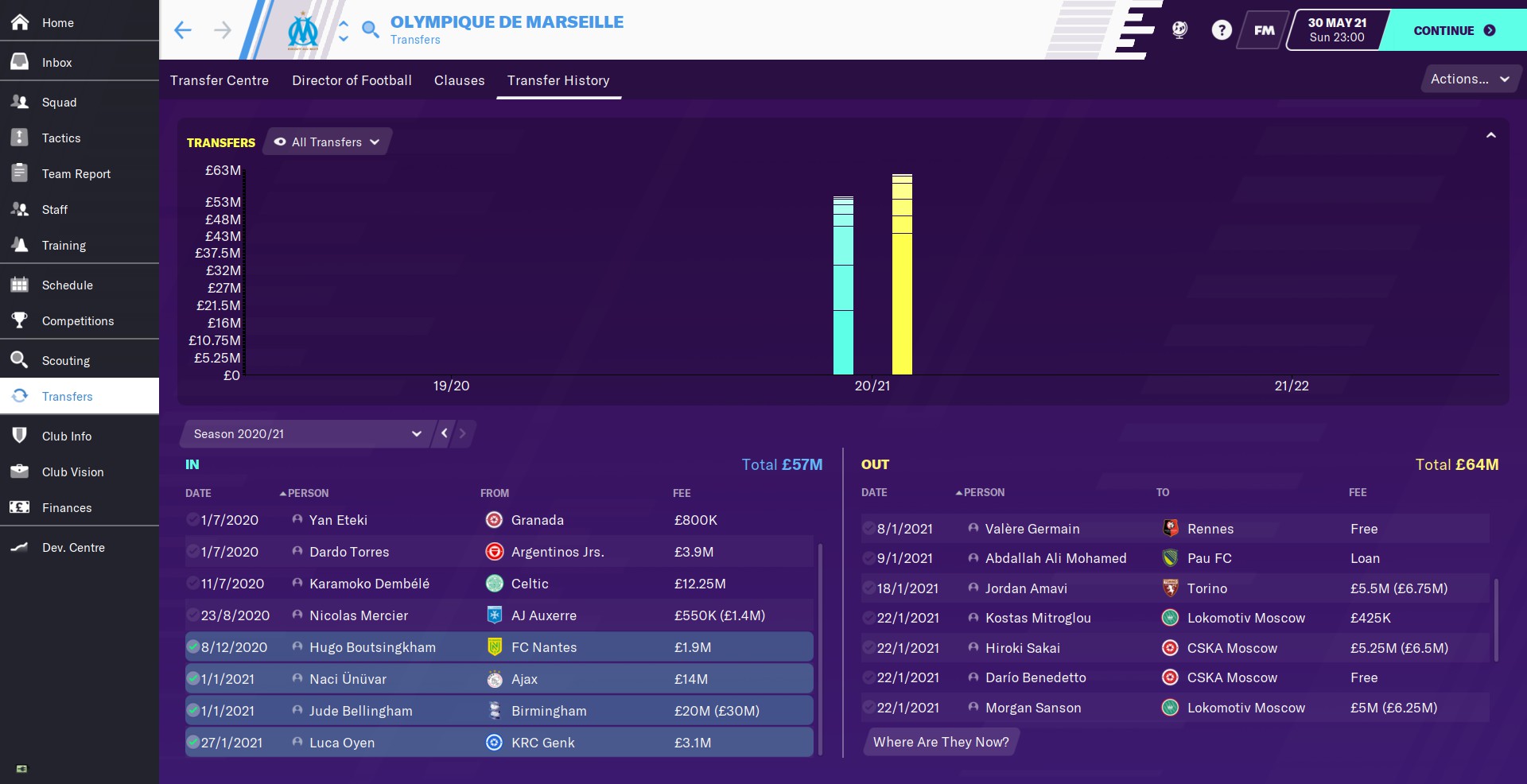 Bellingham came in for big money but also he is my best midfielder and him being only 17 means I cant wait to see what he becomes in the future. 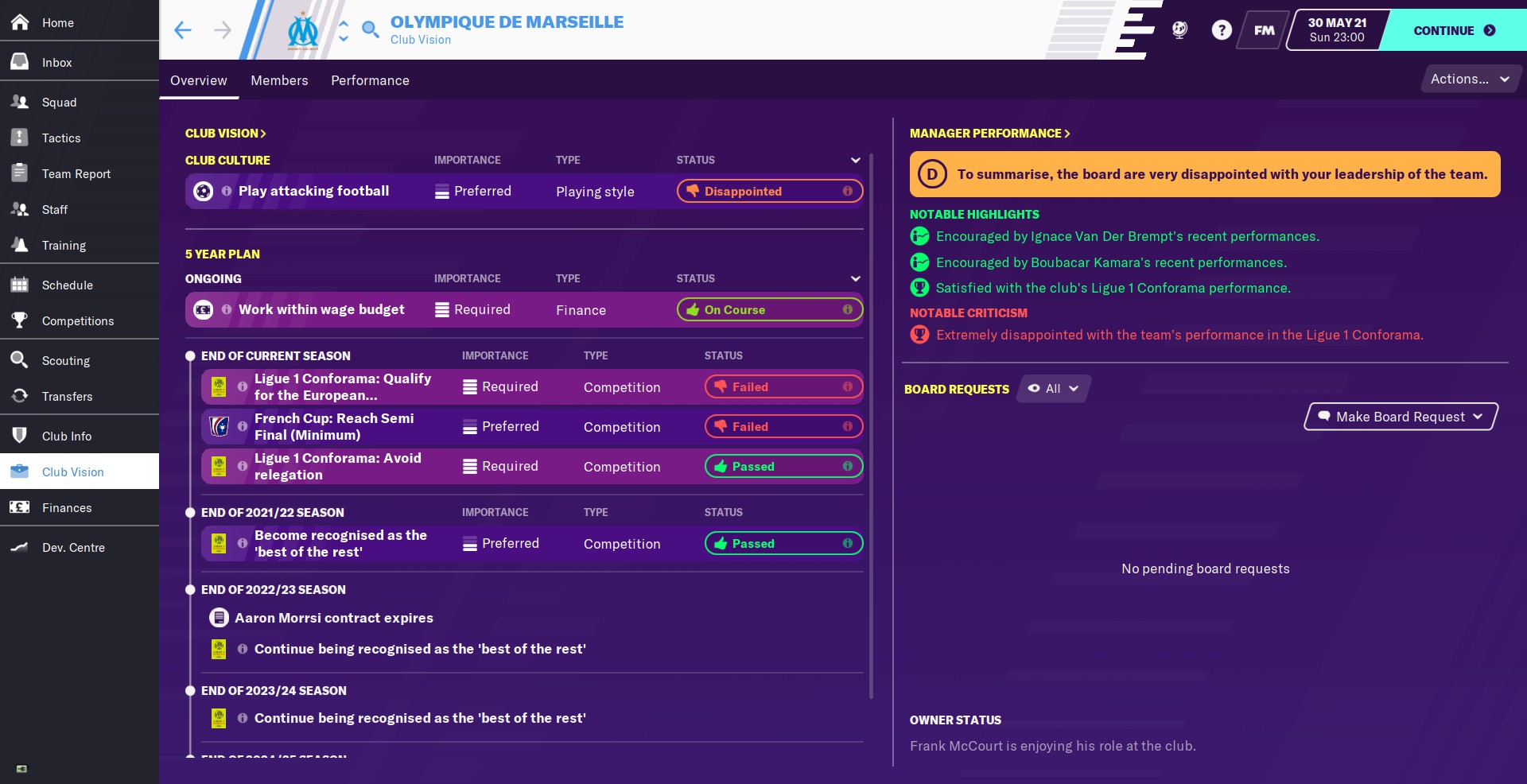 now I think this might just be a clitch but coming in 18th means I have become the best of the rest which I will not complain about, also at one point every single game I got told it was a must win otherwise I would be sacked. 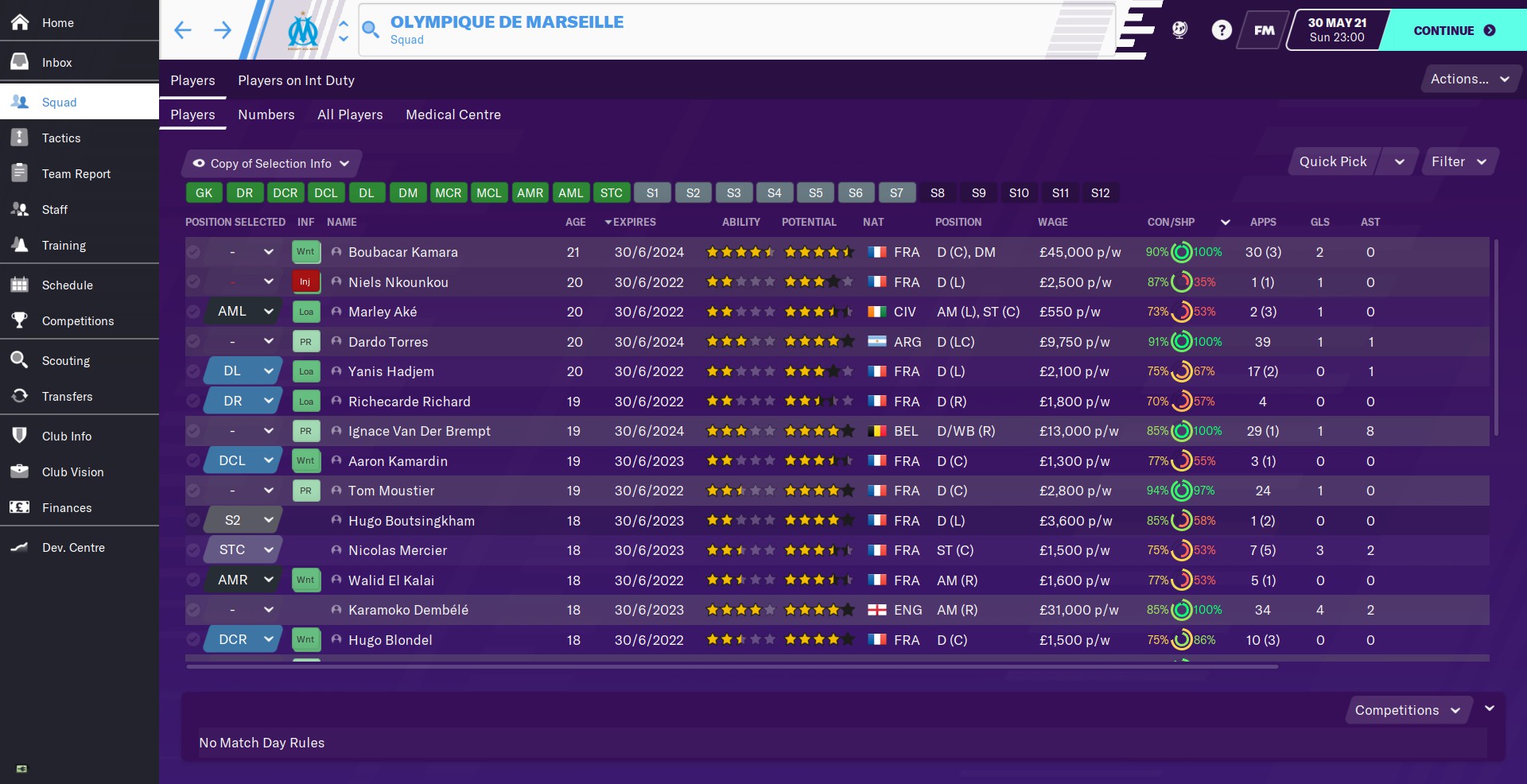 every player but one is under 21 and the 21 year olf is without a doubt my best player, but bellingham and dembele are really great to see the progress they are making.
Reactions: Michael Onwuegbu and anej
A

So before I start the season it is time for a little transfer update, and a club update as within one season I have basically destoyed OM.
So transfer update, I have brought in 4 players and sold two of my youngsters, 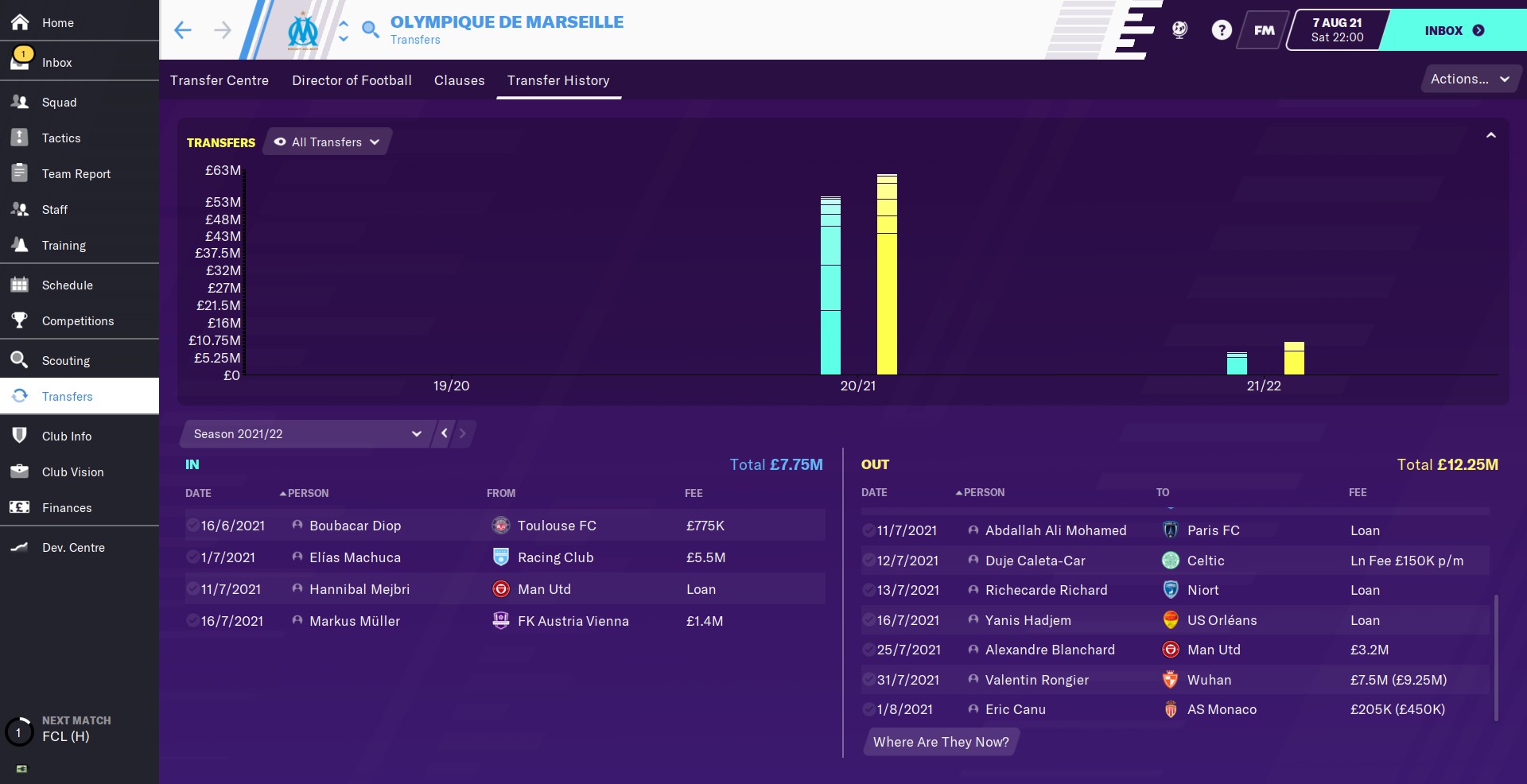 Diop is a 14 year old left back who according to my assistant manager is currently my second best, which i will happly take and will rotate him into the club to be able to progress him quickly. As you can seee I have brought in wonderkid Mejbri on loan mainly for a partnership with Biillingham and have my midfield be quite strong. Machuca is just a really nice looking center defender, but might of paid a little bit too much for him. Muller is just a goalkeeper I bought mainly because PSG went in for him and I couldnt have that, he is pretty good and for an 18 year old austrian 1.4 mil is not too bad.
I sold Blanchard to Man Utd as he was my 4th best right winger and with Demeble and Oyen being so far ahead of him I decided to cash in on him. So with a 2.5 mill upfront and an extra 800k in 4 installement i got good money for him. Canu is the same but just in centeral defence, best part is for both blanchard and canu whenever they get sold from their new clubs I get 50% of the sale, not the profit, the actual sale value so lets hope they go for 50 mil.
Now onto how I ruined the club, last year they wanted me to qualify for champions league, now they just dont want to get relegated, which I might be able to get. 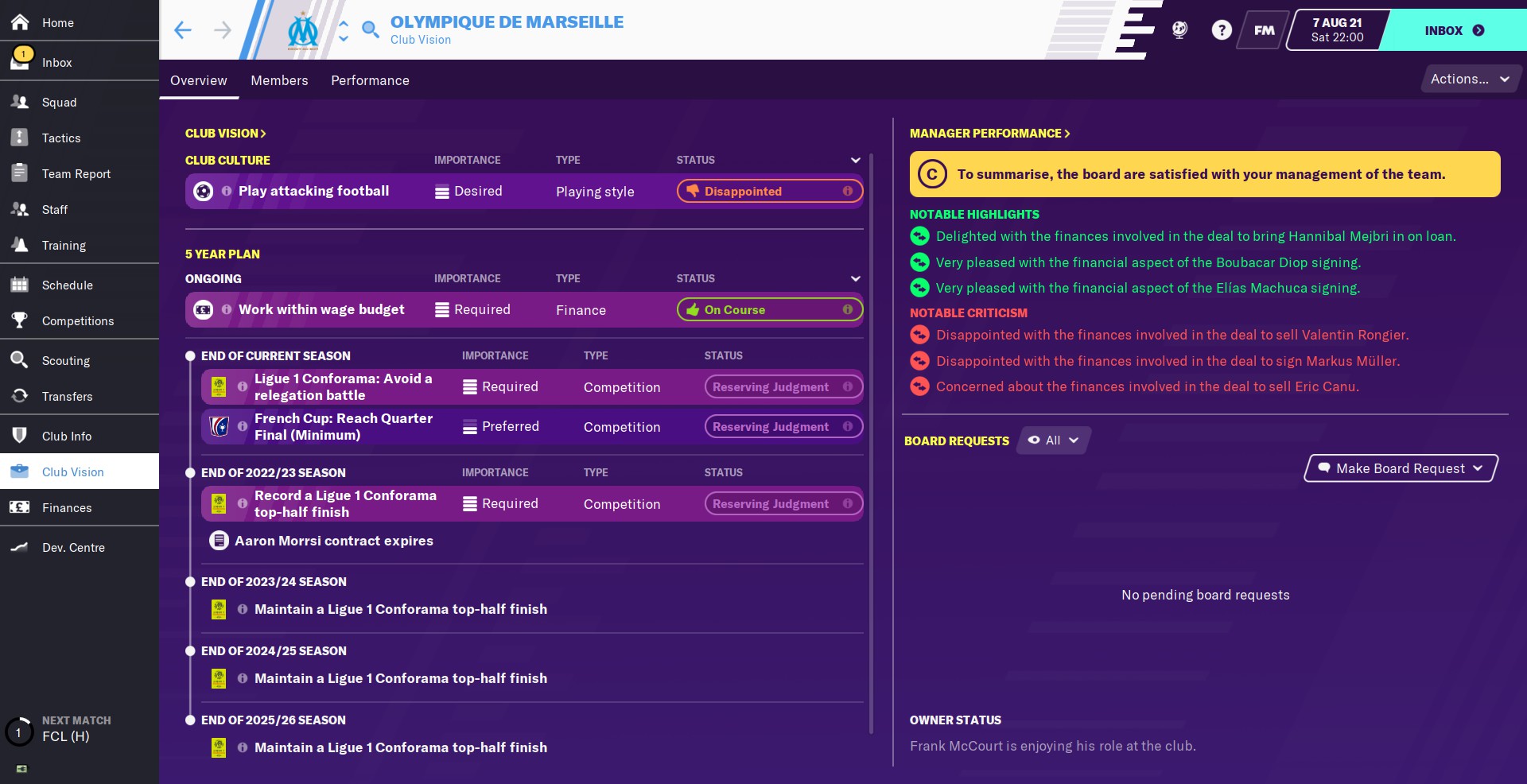 So my highest bid I have recieved for a player is £23 mil for Kamara which I rejected as I wouldnt sell him for less then £45 mil as he is my best centre back
Anyway, I am aiming for a nice high finish of 15th, which could be a little difficult but lets hope
Reactions: Michael Onwuegbu and anej
A

So it is the middle of season 2 so it is time for a little update.
Last time I had a guess and say that we would be aiming for 15th in the league and I am not saying I was wrong to think that but either the French League is filled with legless players or that OM youths are the best in the world. No we arent first but we are 4th which is a weird suprise. 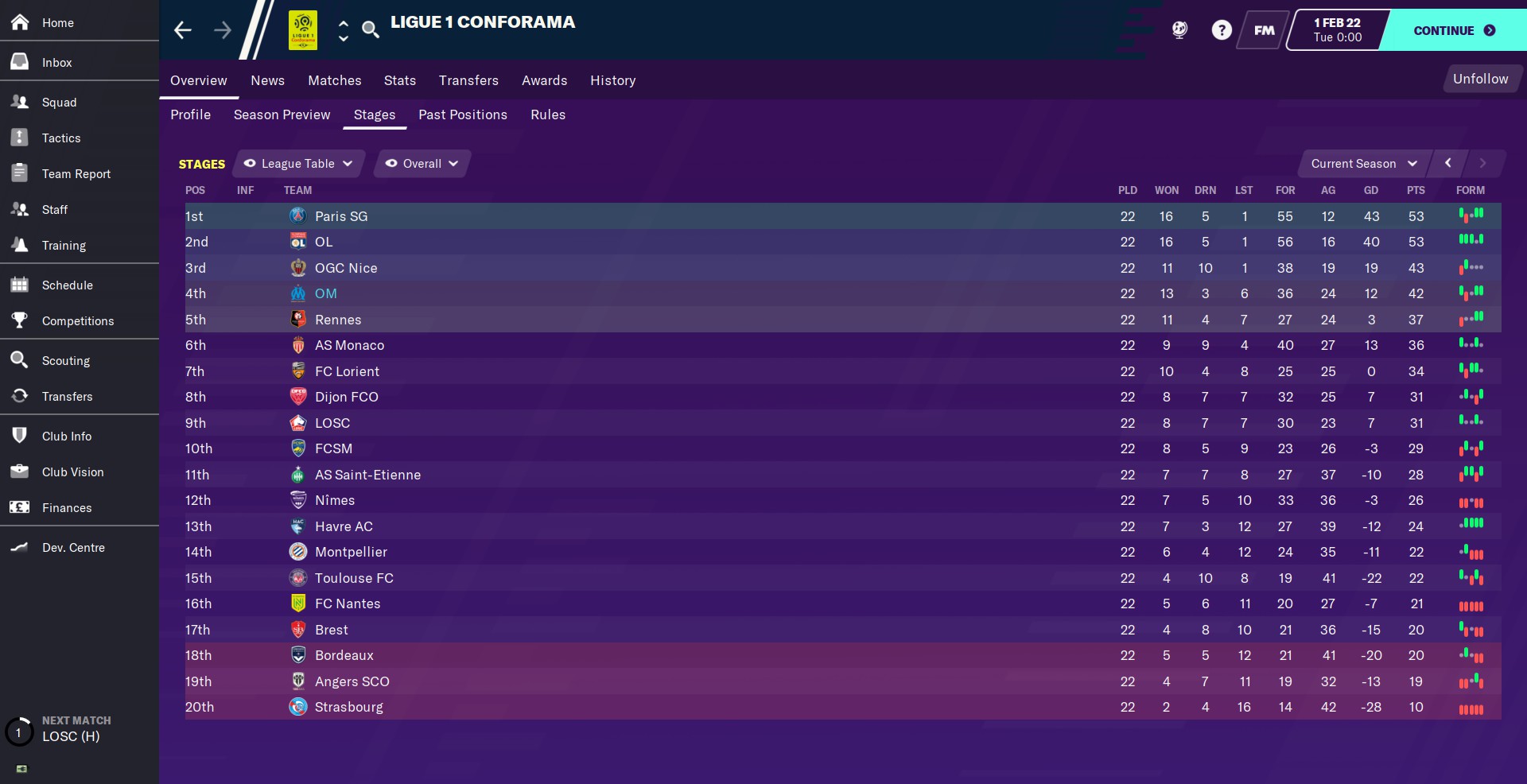 Also there was a little bit of an opps on my side, I switched my laptop off and didnt save before hand and the last time I saved was back in May, so I tried to get all the same transfers to happen but Diop was a regen and didnt get regened in this time around so he hasnt be signed but instead I did sign a scottish wonderkid in Doig which is really only one letter away from Diop so I am counting it. 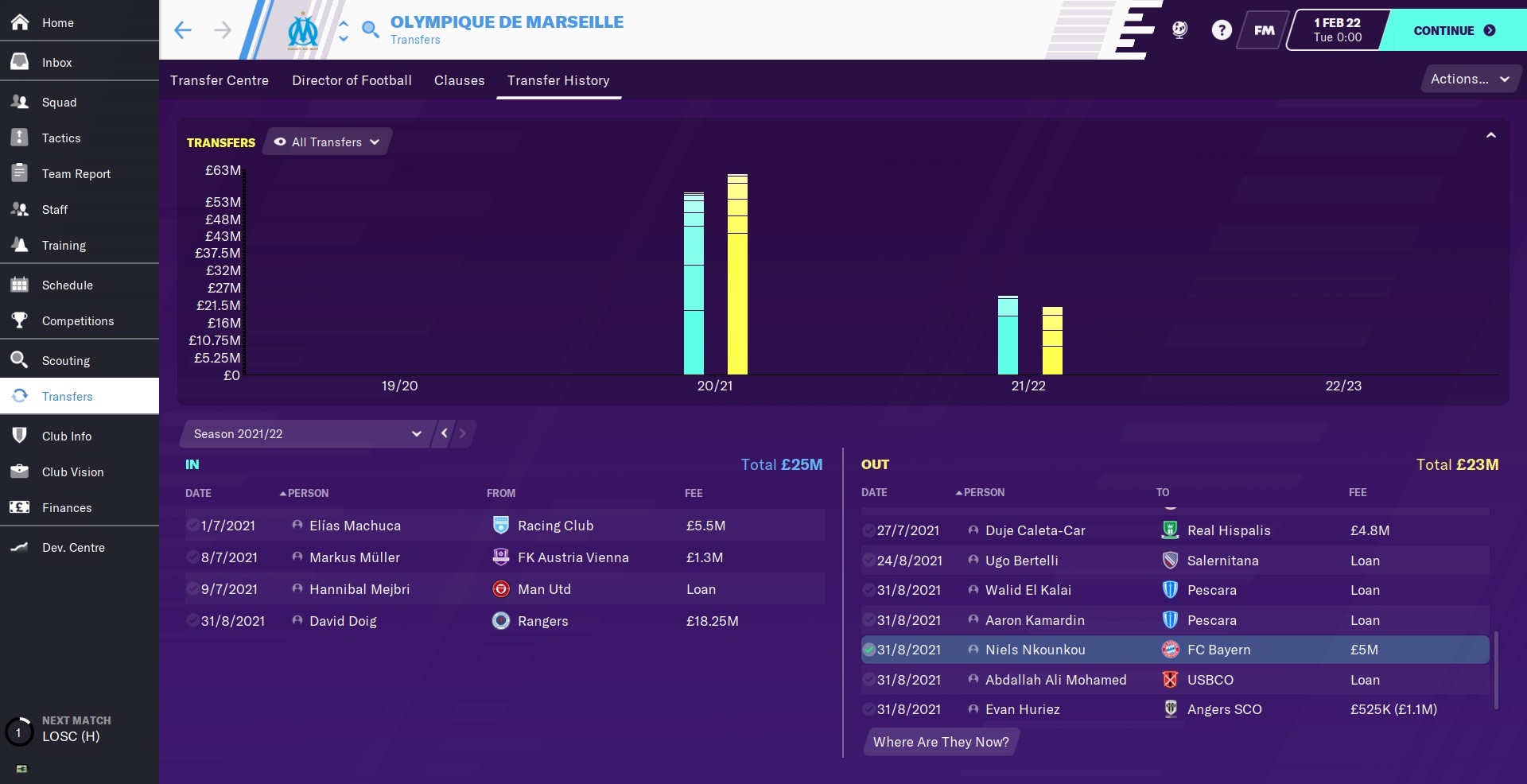 So we might be having a Europa league adventure next season which would be nice but I have lost my third best midfielder to Napoli on a pre contract as I wouldnt pay him £45k a week but then took a 8K a week contract from Napoli so **** him.
Reactions: anej and Michael Onwuegbu
You must log in or register to reply here.
Share:
Facebook Twitter Reddit Pinterest Tumblr WhatsApp Email Link
Top