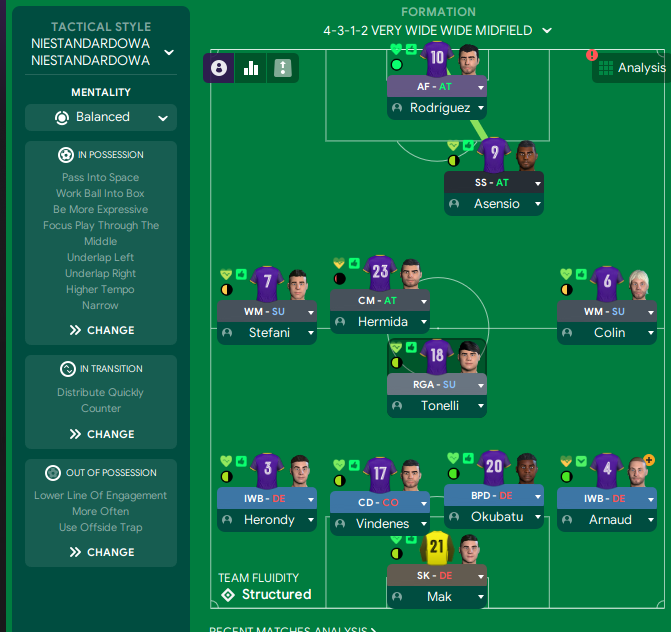 We played as a Anderlecht here having wage yearly budget around 35 milion euro.

This is basically other variant of my other tactic(https://fm-base.co.uk/threads/4-3-1-2-very-narrow.176525/) but slightly modified - i added defensive midfielder as regista and moved attacking midfielder to central midfielder as attacking role.

The idea is to focus on the counter attacks and keep lines close together.

Sometimes i used cautions mentality but still with higher tempo.

I only post results from Champions League because we used this tactic mostly there. In league we play much more offensively.