Download
Overview History Discussion
I’m Dutch, which means i grew up with the idea, that football is entertainment. Defending is OK, as long as it supports the attacking side. As a Vitesse fan, we had Peter Bosz as head coach. It was the best football i ever saw in our GelreDome. Attacking, attacking and attacking. Creating a ton of chances and entertaining the crowd.

In FM i want my teams to play offensive as well. Keep closing down the opponent and get that ball back as soon as we can. Like Peter Bosz’ philosophy: When losing the ball, I demand it back from my players within the first 5 seconds.
I’m still trying out different roles on the pitch, but had the best results with the ones you are going to see here.

My 4-2-1-3 formation is one i always try to create in FM. This FM I found it hard to really make one work. After the Jan update, it finally came together. My findings are below.

Roles:
My wingbacks are attacking wingbacks (support). I found out they are more reliable on the support option. When its set on attacking. My opponent keeps outnumbering my defenders and so I did conceed more goals.
My Goals trows the ball short.

My two centerbacks are ballplaying defenders. They usually play it deep to my strikers or get the ball towards my deep laying playmaker.

My Ballwinning midfielder is crucial. The amount of counters he alone stopped are insane. He has high values for anticipation, strenght, concentration, aggression and courage. Although he isnt the best player on his position (starwise) he does get the highest rating of the ones player there.

My Dynamic midfielder is a personal preference. Het gets lots or assists, and i keep seeing him in defense.

My deeplaying playmaker doesnt get that much assists. He does give a lot of pre-assists. He keeps sending my striker deep, or sets them right in front of goal. Sadly, his rating is only 7.2.

My strikers are a real team. My False n9 keeps taking defenders with him, so my other 2 strikers can score.

The results:
I started using this tactic in January. Still had some minor tweak and the results were OK. 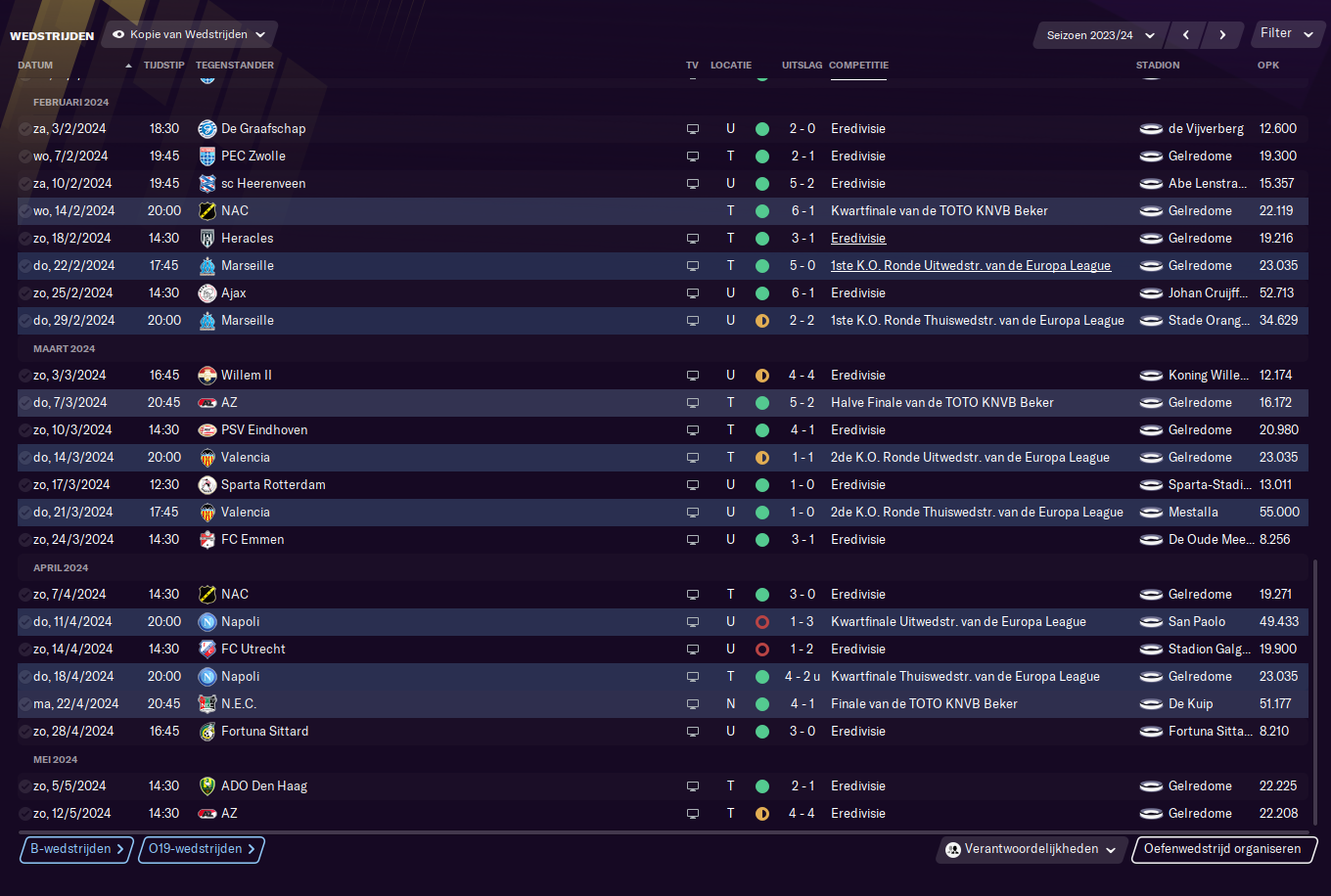 In the second season, the start was not THAT great, due to new players arriving. In November I got on my winning streak. 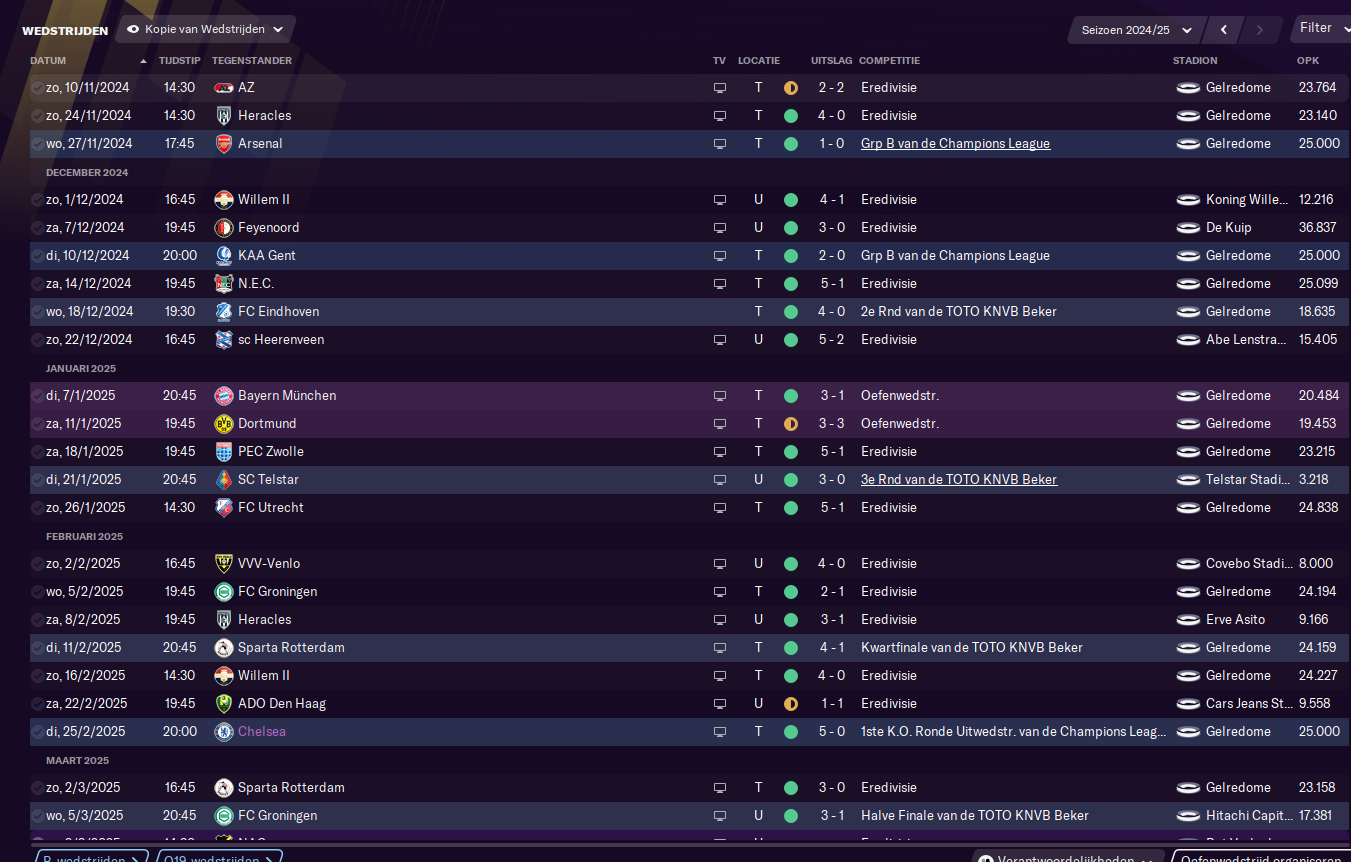 This is where i am right now. 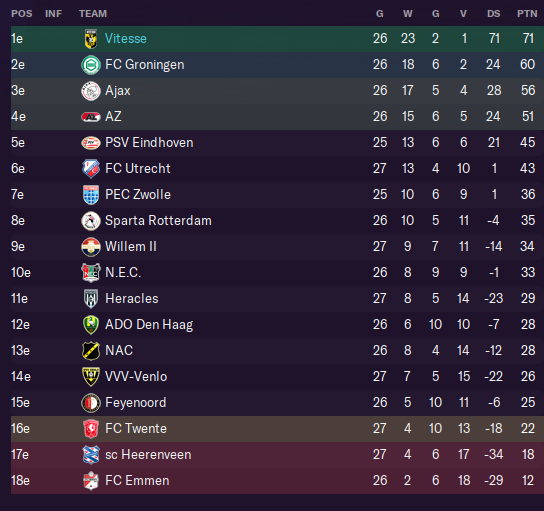 My set pieces are downloaded. I used the ones created by Zealand. They work really good!


Im curious to find out if this tactic works for you.