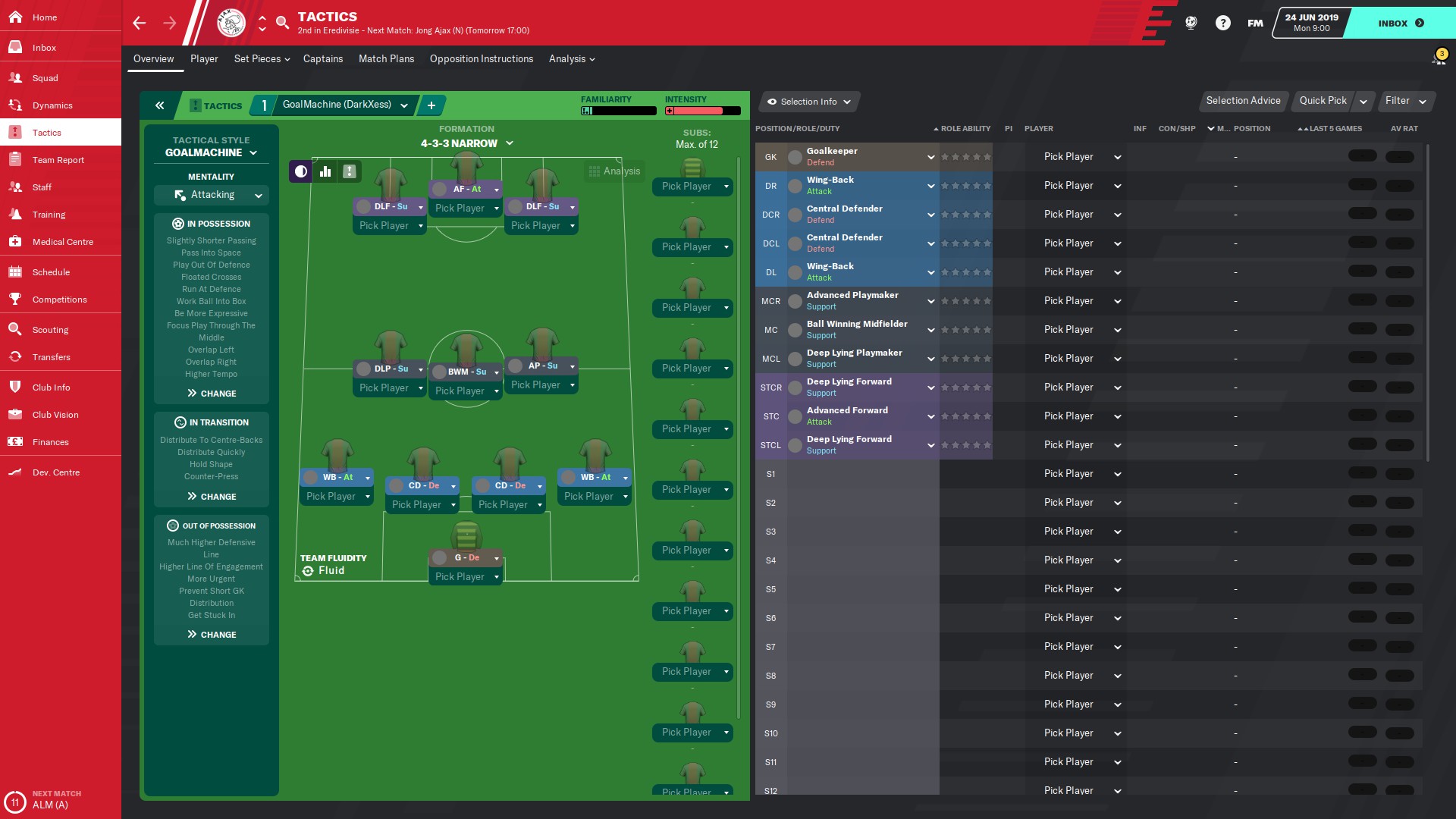 Here I am once again proud to release one of the most downloaded tactics on the Steam Workshop. Since 2017 the GoalMachine tactic has been downloaded over (700,000) times and has always been at the top of the most downloaded. Previous versions can be found here: FM17, FM18, FM19. And today I release the first version for FM20. Please be aware that it is a first release, just a straight port from the FM19 game and I will work/update it more over the coming days/weeks, so please be patient and do give me your feedback - have fun!

This tactic is made for purely for goals high possession (based attacking) and at the moment it's doing just that. You can also use my Custom Corner Routines to work alongside the tactic - for more goals of course

Do not forget that the team needs to get familiar with the tactic before it starts working as it should do, so please don't start complaining so early saying it doesn't work.

I suggest having good attacking support AMC's on the left and right of the main centre-forward/striker OR both sides being forwards/strikers as well. The fullbacks, as usual, will be important getting a lot of assists so make sure you have a good pairing on either side. The rest of the team pretty much normal.

- Things will get way better upon the team being more familiar with the tactic.
- I have the match instructions done by the assistant, the same goes for the team training.
- Team talk is always important to be aggressive - it works, trust me
- The fullbacks, left-sided midfielder and left/right-sided attackers are the most important players to pick, it even works putting a decent AMR or AML on either side of the attack to support the central attacker.
- Push your team - aggressively encourage them during the match.
- My best outcome of the tactic so far position-wise are LB, RB, MCL, MC, ST, (STR & STL not for goals but assists) so my suggestion is to pick a good squad for the positions.


This is a tactic I have used since 2017 and it always worked. I can show you countless league wins, champions league wins, cup wins, world cup wins, and masses of records beaten by using this tactic. So now I'm sharing it with you, hope you like it.