Download
Overview History Discussion
Loosely based on a Pep Guardiola system (New idea I know) this system uses a False 9 to bring into play attacking wingers and midfielders using a half back to prevent counter attacks. 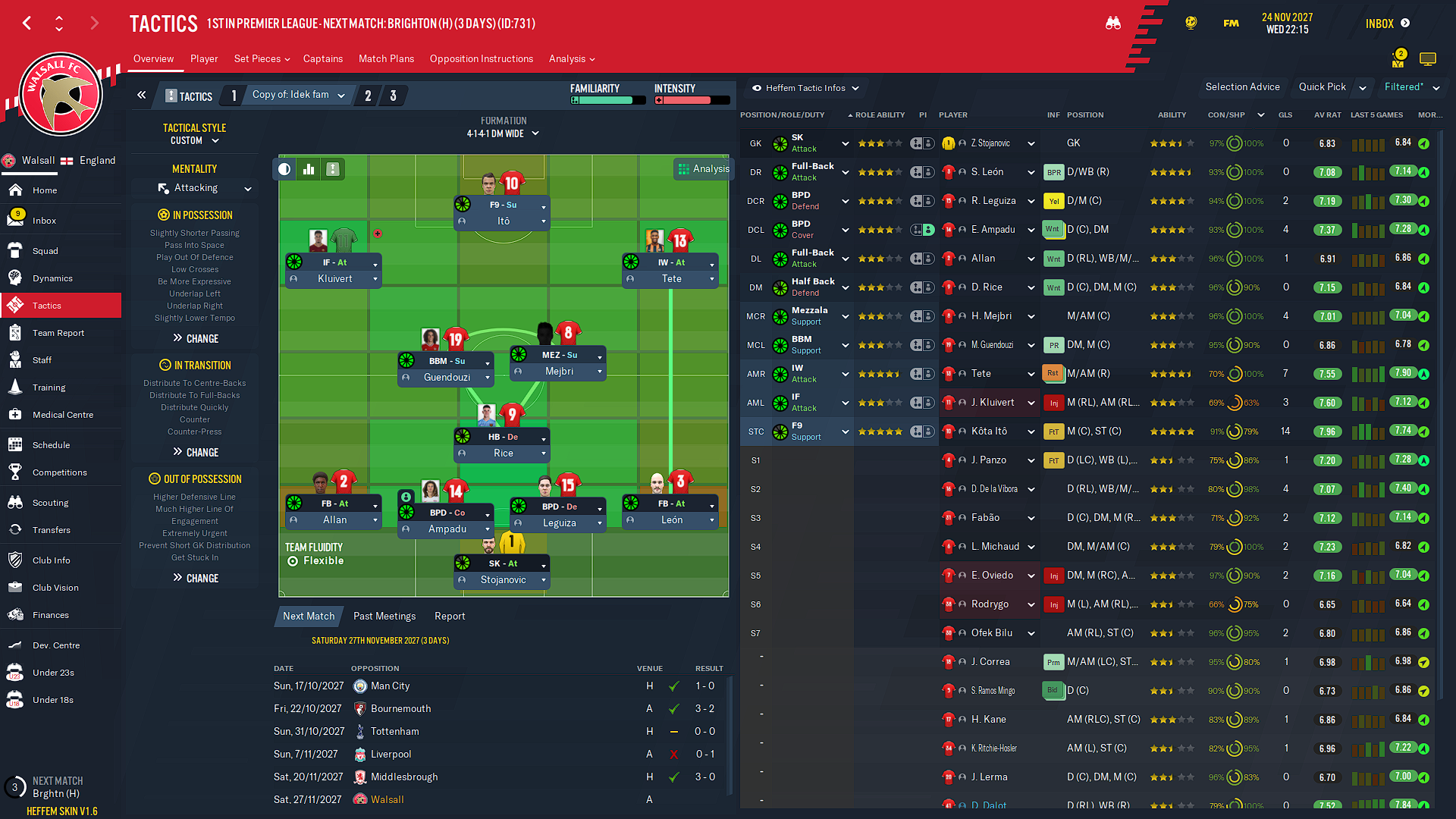 The idea is to create a 3-2-5 in attack like Jurgen and Klopp do whilst also trying to pander to the game engine. The fullbacks are put onto FB-A as if given any other role they tend to dribble too much, waste time on the ball, get dispossesed and genrally ruin a chance to whip a ball into the box with disorganised defenders.
The halfback is essential and will almost always get a rating of 7. The aim of the half back is to provide a very small traingle with the centre backs to recycle possession and whilst in attack to stay almost as a stopper breaking down attacks before a long ball over the top can get played. 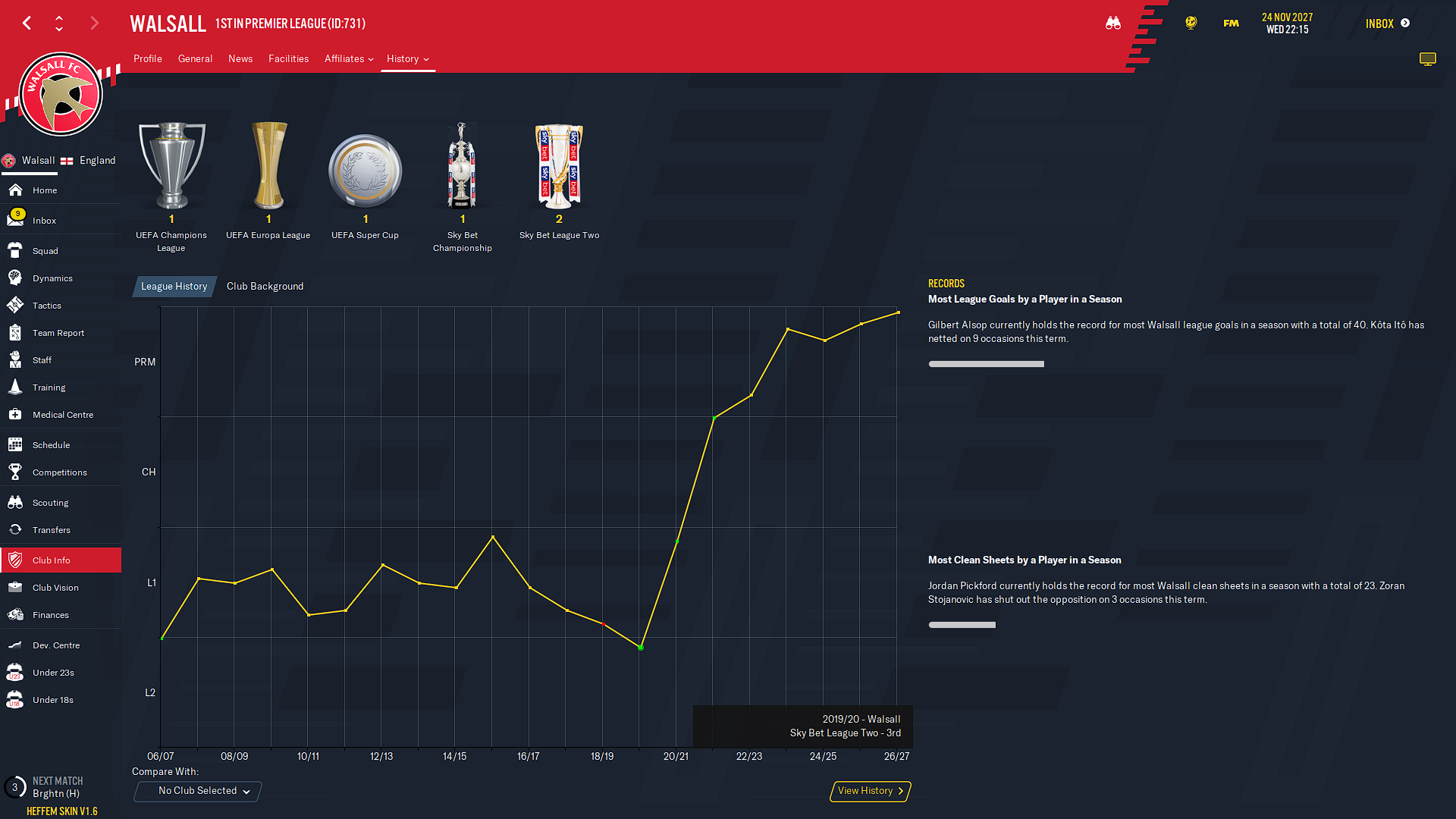 Having implimented the tactic whilst midtable in league one it has worked for me. Not having a plan B or C in games has cost me the title recently however in the championship and the first 2 seasons in the PL I was expected to finish dead last with my total salary being dwafed by every other team in the league. 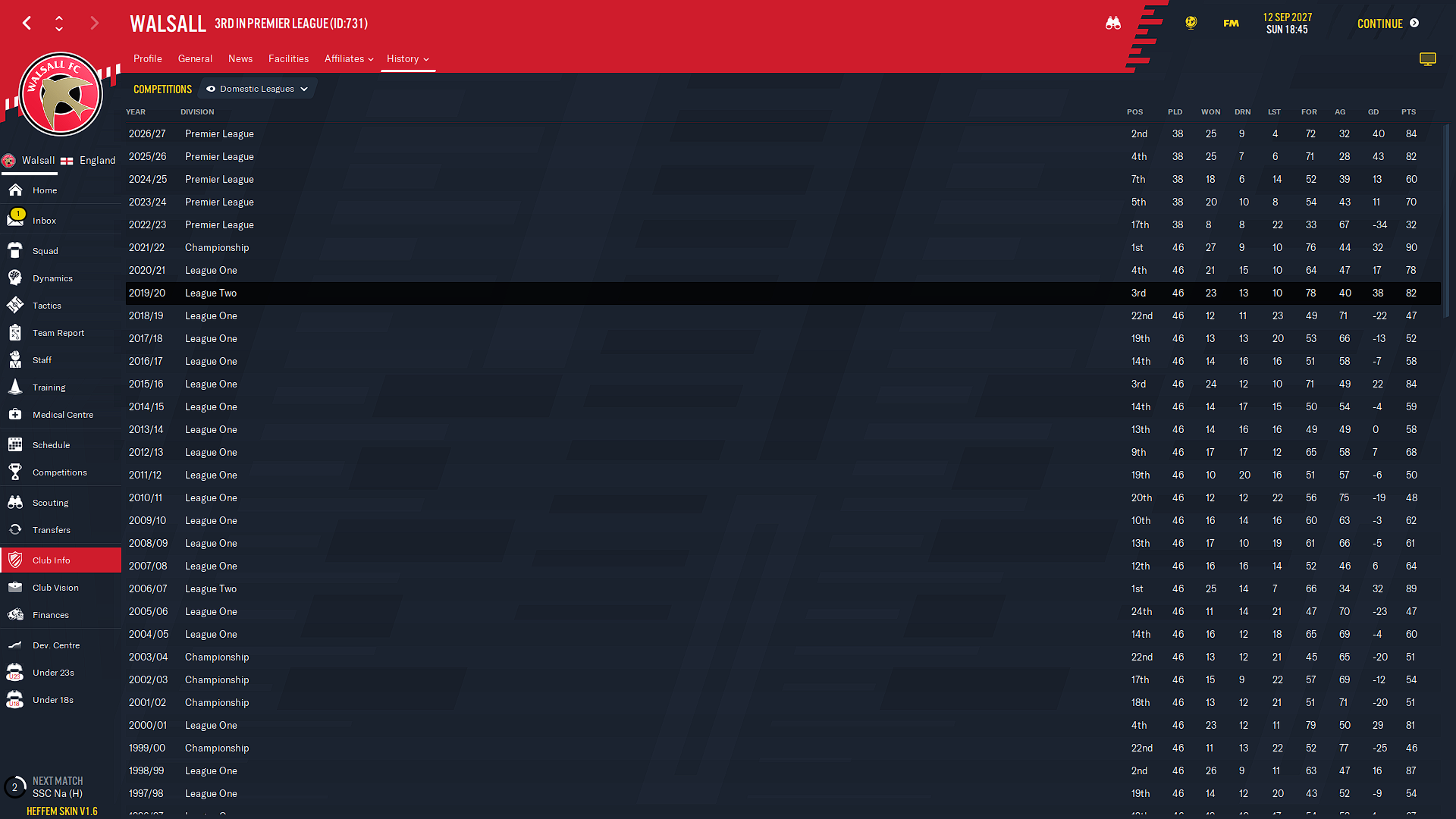 A good LW will be vital in the formation, in alternate saves Rashford gets ~25 and as shown above Abel Ruiz (Average LW with 16 Finishing being his only stand out stat) did quite well despite playing across all three positions at some point. 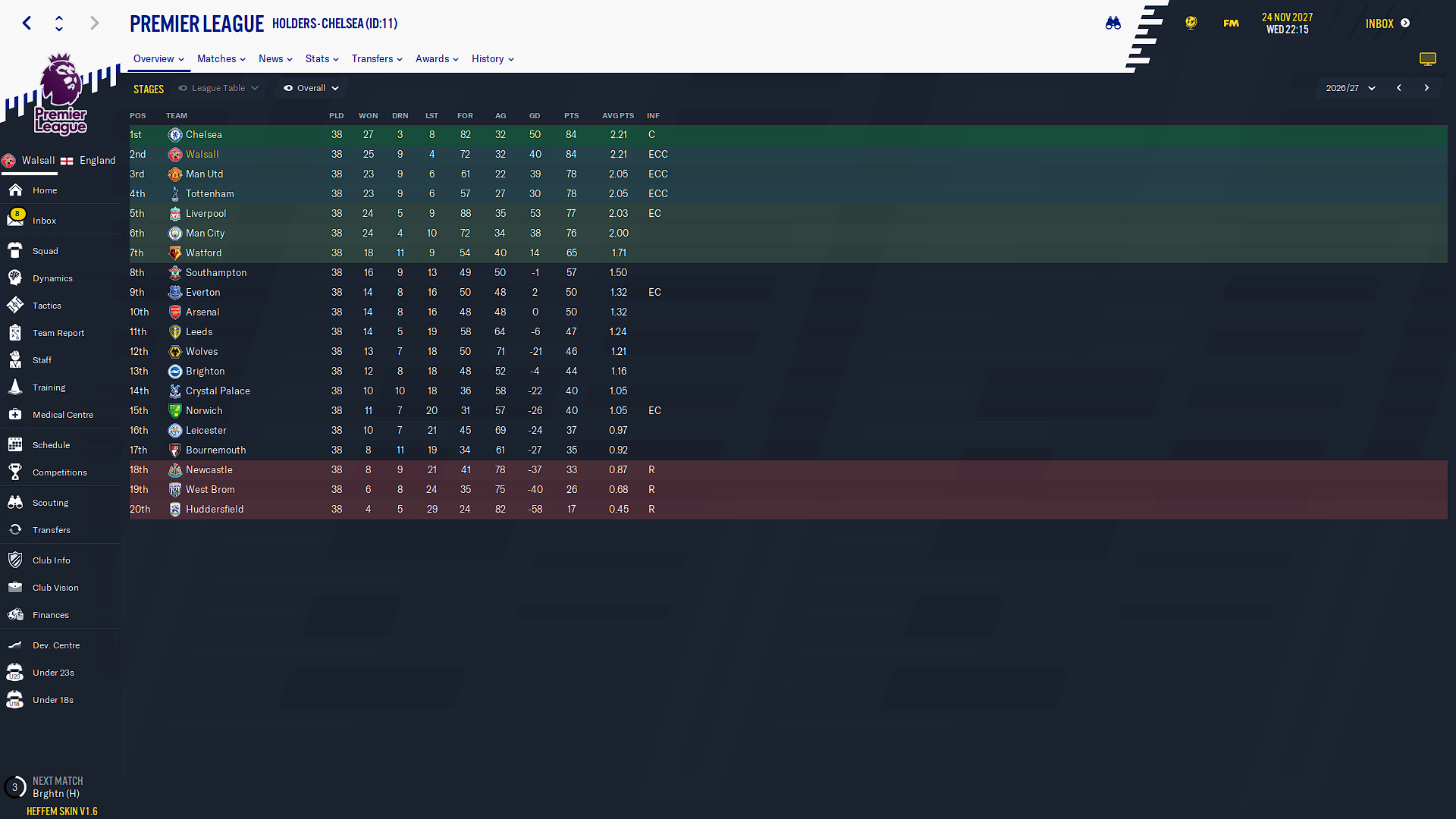 The formation does tend to struggle against sides that sit deep in a low block and play for set pieces however.


Overall it's been an extremely good plug and play tactic for me across multiple saves. Almost going unbeaten with Manchester United first season, I've won the premier league with all of the top 6 (And Leicester) first seaon with it.