Download
Overview History Discussion
Created this tactic for my Barnet save game in which I am currently in the Championship in season 4. Since I made this tactic halfway through the season we have Won 12, Drawn 4 and Lost 3 (all three lost with higher xG). Season preview position was 23rd, currently in playoff places.

In game, starting on balanced usually works best but it also works well on positive or attacking when you need a goal. The defensive winger doesn't necessarily have to be good in that position, I have used one with 4 tackling and he is usually my best performer on the pitch.

It doesn't rely completely on counter-attacking football but it takes advantage of it, I would recommend having a strong back 4 and having a relatively defensive midfielder in the BBM role. 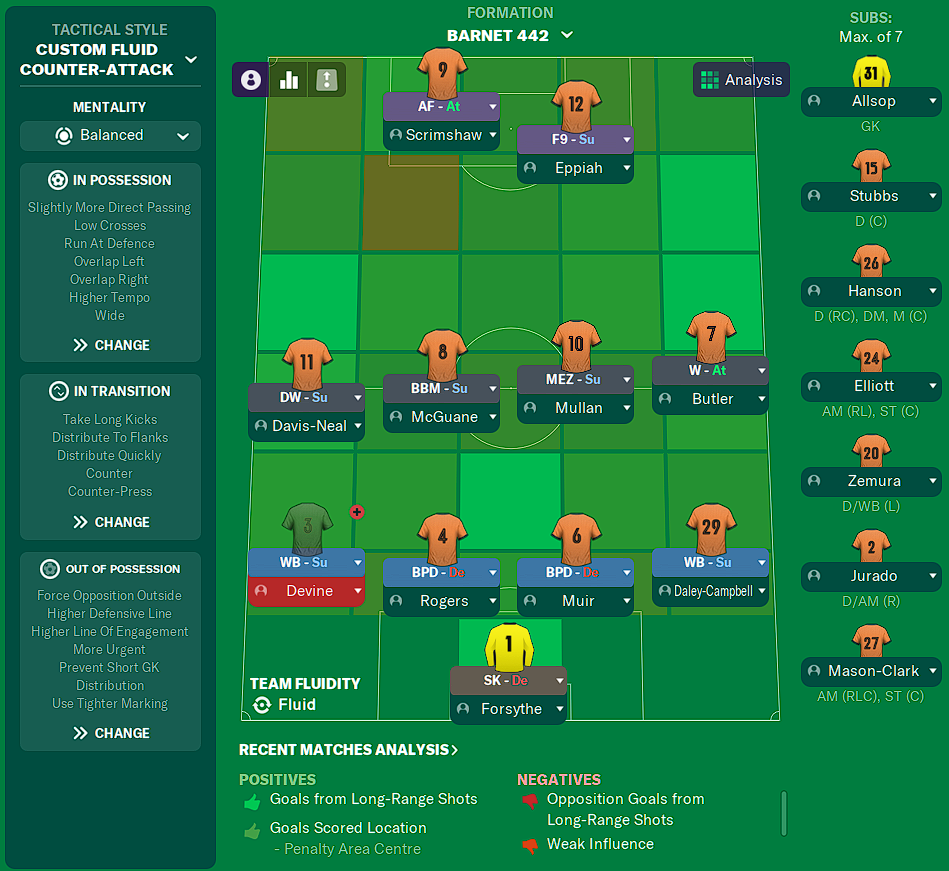