After losing the first game of the season 6-1, and the following 3 games with a poor defence, I decided to completely restart my tactic and came up with this. My team at Barnet began the season at 1000-1, predicted to finish second bottom and a long way off the next best team. I had purchased a cheap wonderkid regen (Thippanyanukul), but he was naturally an attacking midfielder and I had two star strikers which I could not drop, and therefore attempted to build a team around him playing as an advanced playmaker, the only position which really suited him. 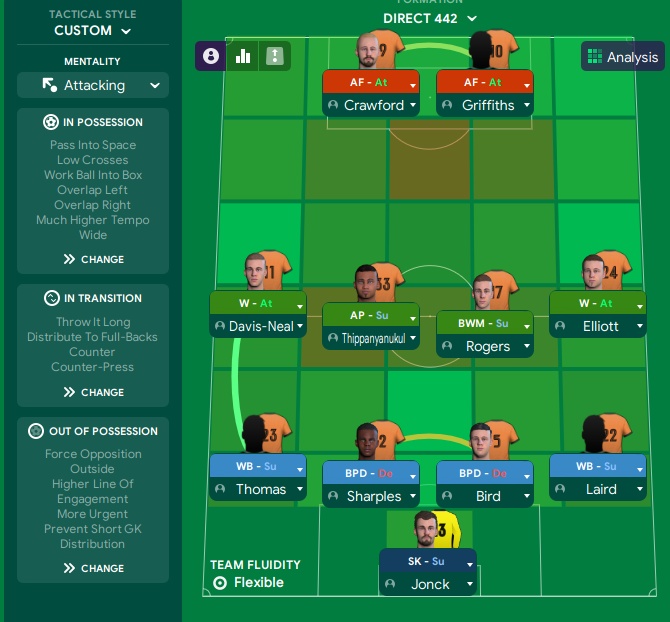 The results changed almost instantly, and I went on to win 11 games back to back (after first using the tactic against Wolves). In March, the team is now in third place, challenging for the champions league, despite having almost an entire team of regens younger than 21 and being much worse than the other teams in the league. Since implementing the tactic the team has only conceded more than one goal 3 times in the entire season. 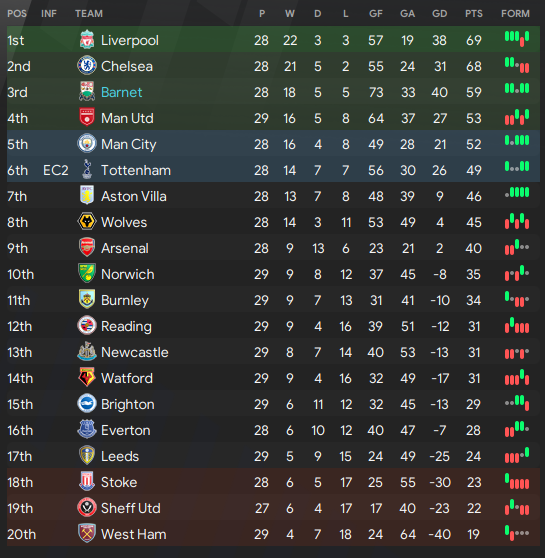 The tactic itself relies on quick strikers with high finishing, as they will often find themselves in 1v1 situations with the opposition goalkeeper. I would also recommend a creative player for the AP role. The wingers should rely more on pace and dribbling than crossing, as the overlapping wingbacks will put more crosses in to the box. A good goalkeeper is also crucial for this tactic to work for distribution.