First of all, this tactic i named "Arroz" (Rice in english, like a hommage to a Portuguese saying "again rice", that means something repetitive... in this case: my failed tactic attempts...)

I'm trying to improve my tactics, by seeing some videos and by getting tired of sometimes using some plug and play tactics...
So i came across with a RDF video explaining some stuff to take in consideration about tactic/team/players and got kinda inspired by his recreation of Naggelsman's Bayern tactic and did this tactic below: 4231, gegen-direct passing... I'm using for the 2 season straight (which for me is weird because normally after half a season the opponent destruct my tactic and i need to improve it always).
Currently, I'm doing a save with a team that i created, in portugal, from scratch with the editor (worse possible thing: money, reputation, fans, etc... so no arabia princes xD), and i'm for the first time 3 consecutive champion of the league (first 3 league titles also, finally achieving the top of my country...), 2 of those with this tactic, being the best deffence and the best attack. I think the major problem appears in bigger games, despite winning them... Beyond that, i achieved two round of 16 and one quarter finals of champions in the three seasons i competed in the competition, going though group stage in first in two occasions (against those chronical fm teams...) 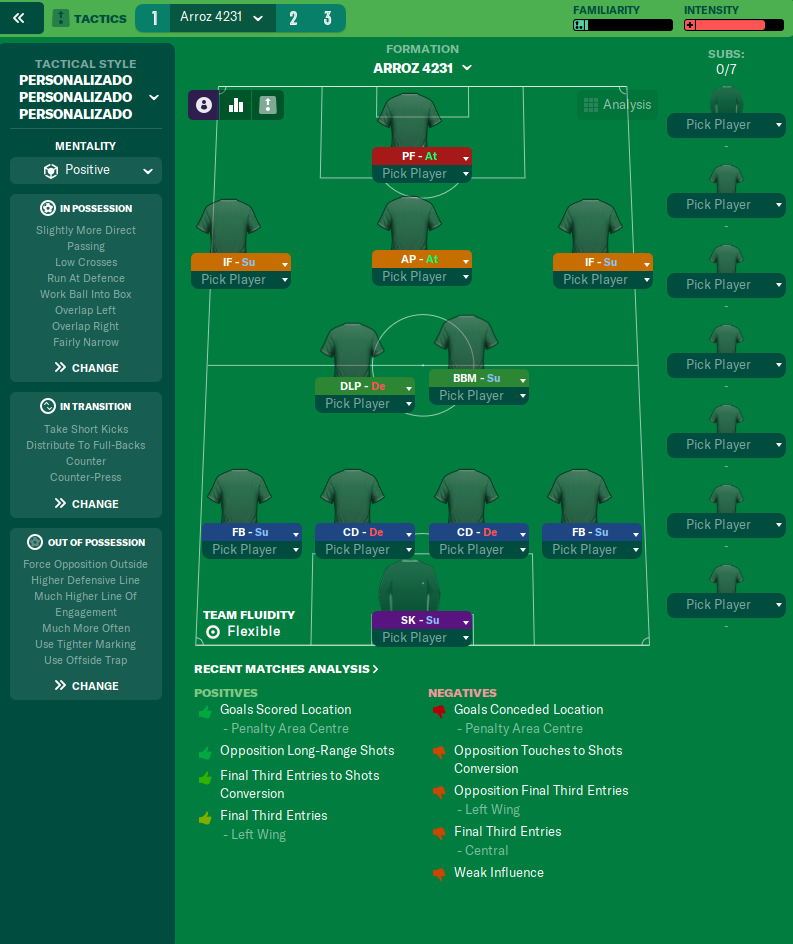 Instructions that can help the tactic:

- Tall defenders (for corners) and for constant aerial advantage, not necessarly good with the ball, because I don't use "play out of defense"
- DLM with some defensive attributes, because he plays more defensive
- AP with good off ball because he plays wild in the attack
- PF with good work rate... but that i think is obvious for that function
- I usually do the individual training like these:
» position and function on the field
» attribute that i think the player needs to improve (nothing in particular)
» not caring about game time now (so consider the game time and adjust to intensity) 15-23-Double; the rest normal...
- For setpieces, I downloaded that VVD top goalscorer for corners and adjusted to the tactic, balancing the defense, and using the best jumper/header in the near post; free kicks to 2nd post from scratch by me, nothing special; throw ins, i use ones that i downloaded long time ago and never cared much, so dont expect nothing wow from them...
- My striker was the best goalscorer of the league last season but he's inconsistent (9/20 from what i saw with the editor), so... 3 hat tricks in a row and a desert of 5 games... but i sometimes have some trouble with strikers missing too many goals... hope someone can solve that, because there are plenty of opportunities through the game that i miss like a regional team...

- Like I said, I was inspired by RDF's recreation of Naggelsman's Bayern, so the attacking movements are kinda similar, with the roaming AP and the PF, for example
- I use full backs because i dont think wing backs give the defensive strenght i'm searching for...
- Pressing forward, because I want exactly what his name says xD
- Right now, i dont understand what suits better the tactic: IW or IF... and usually used IF with "hold the ball", not always but i used... its a though confusion right there... but i have goals and assists from them... 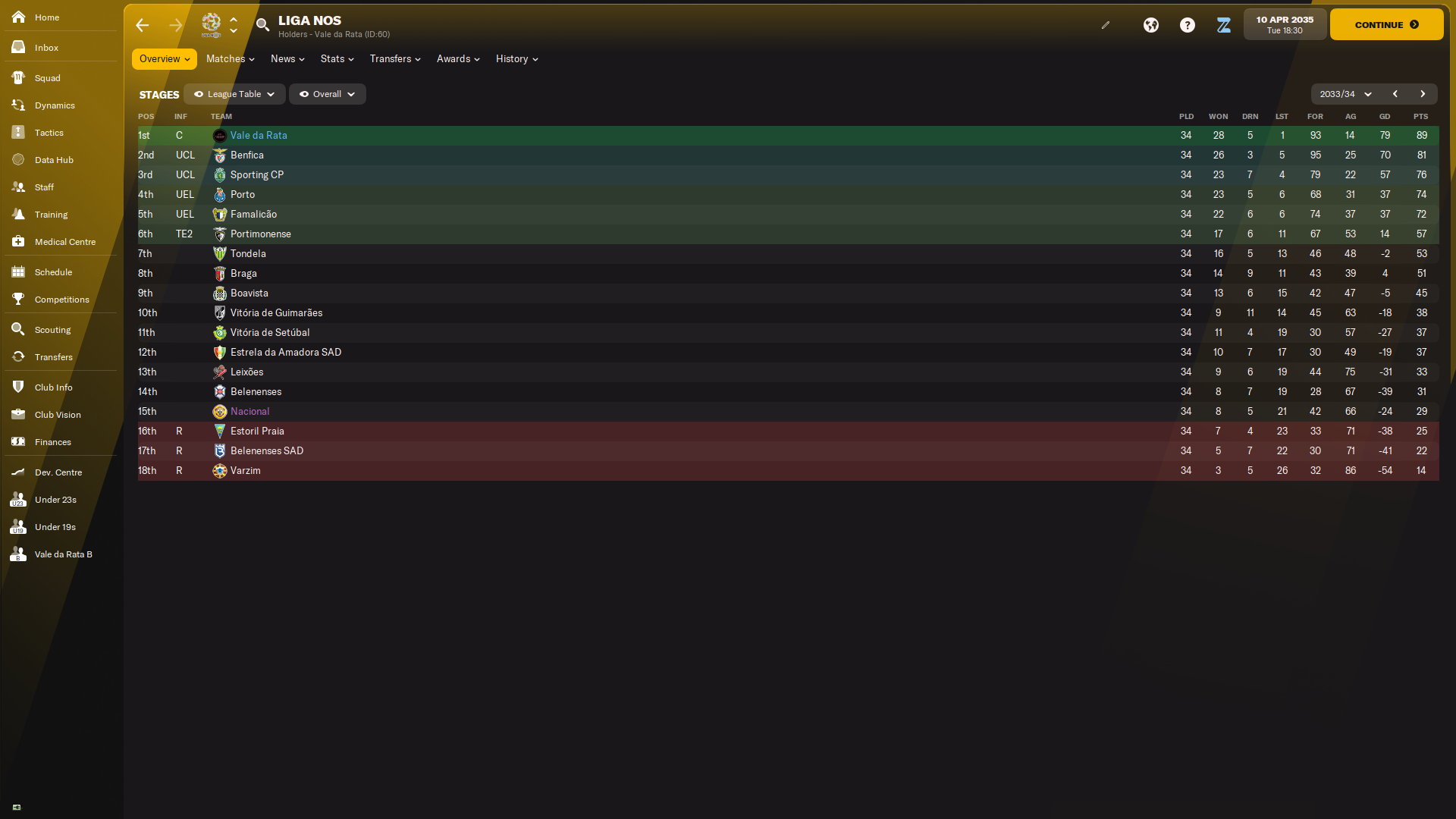 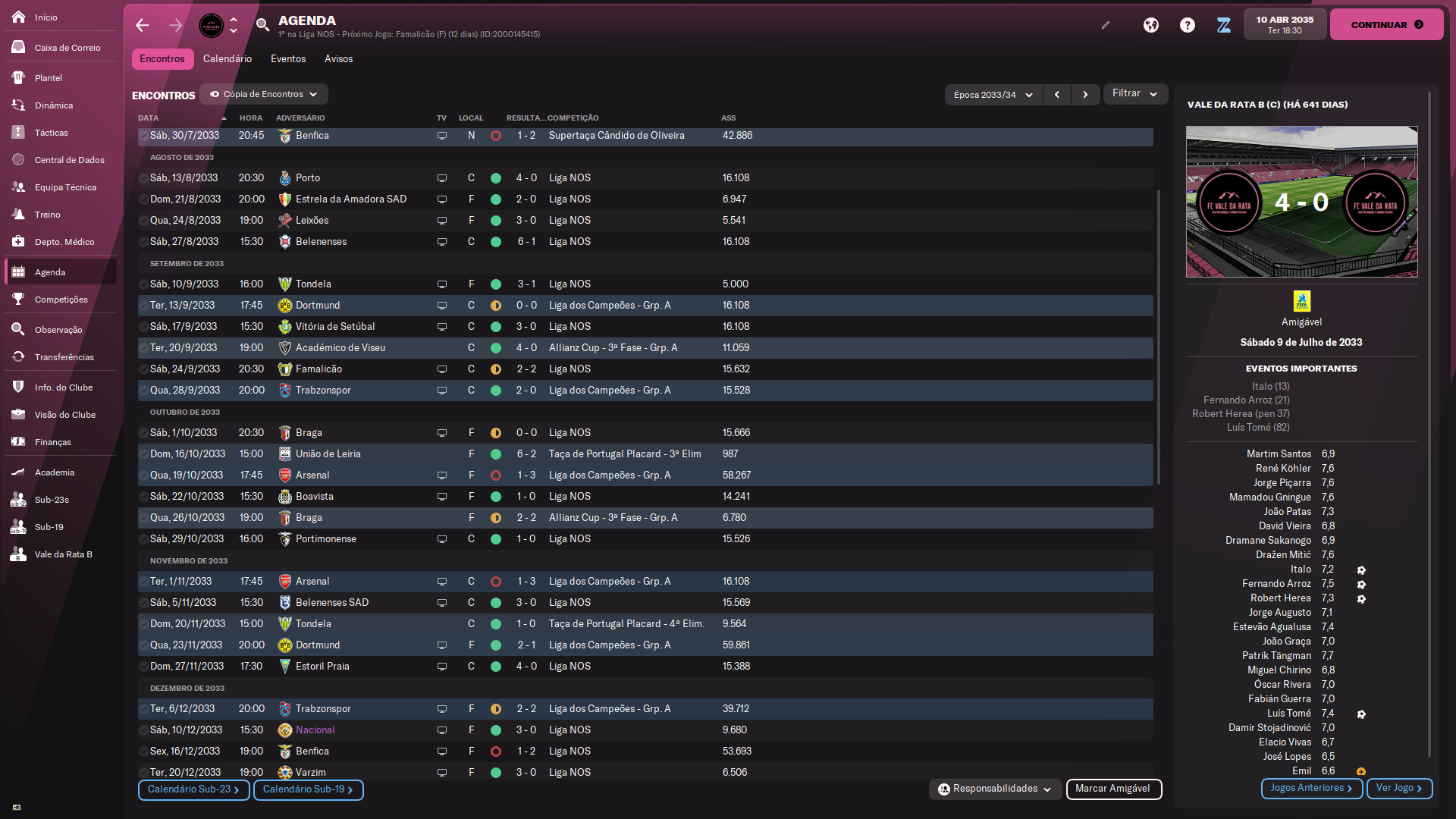 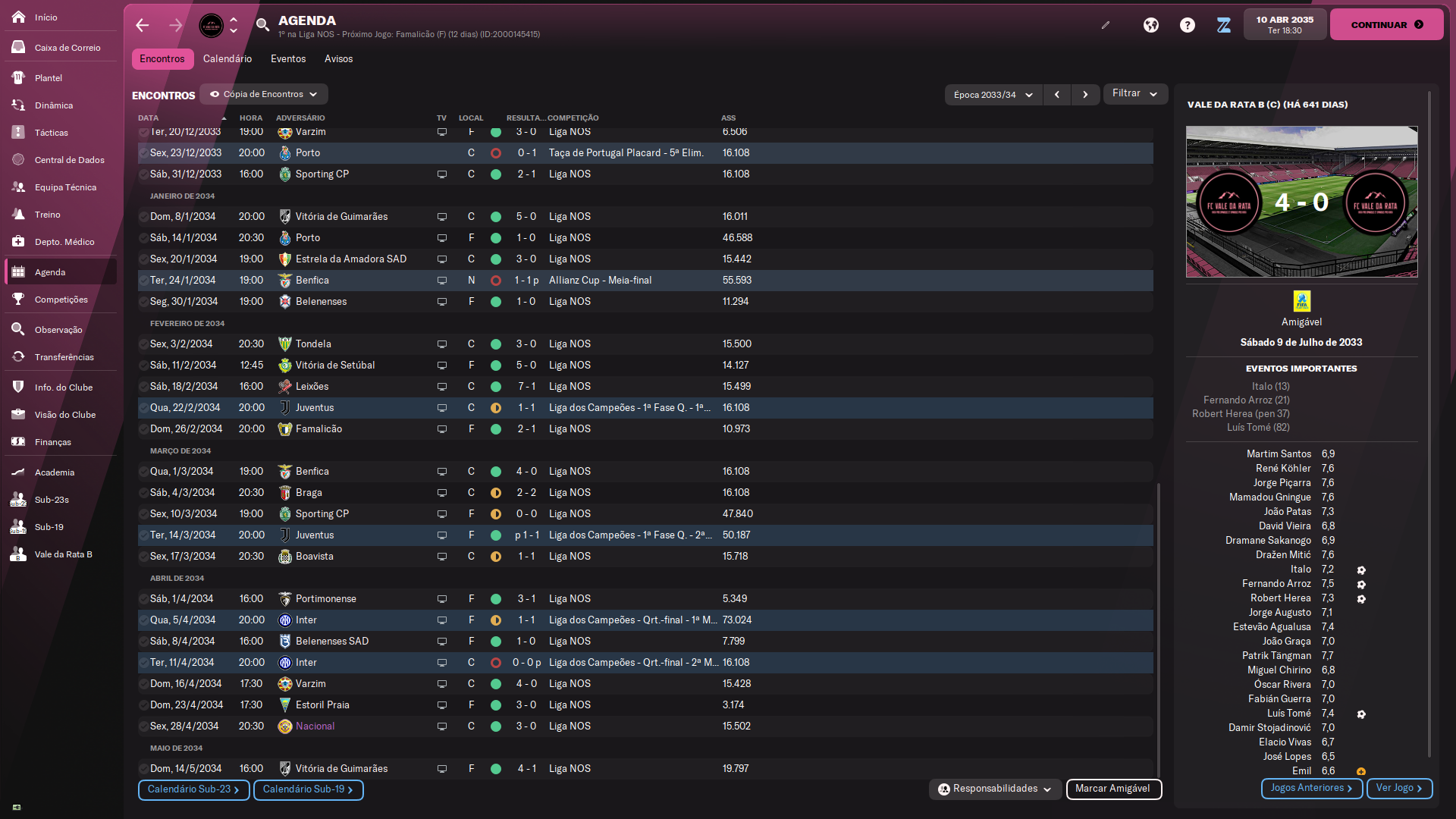 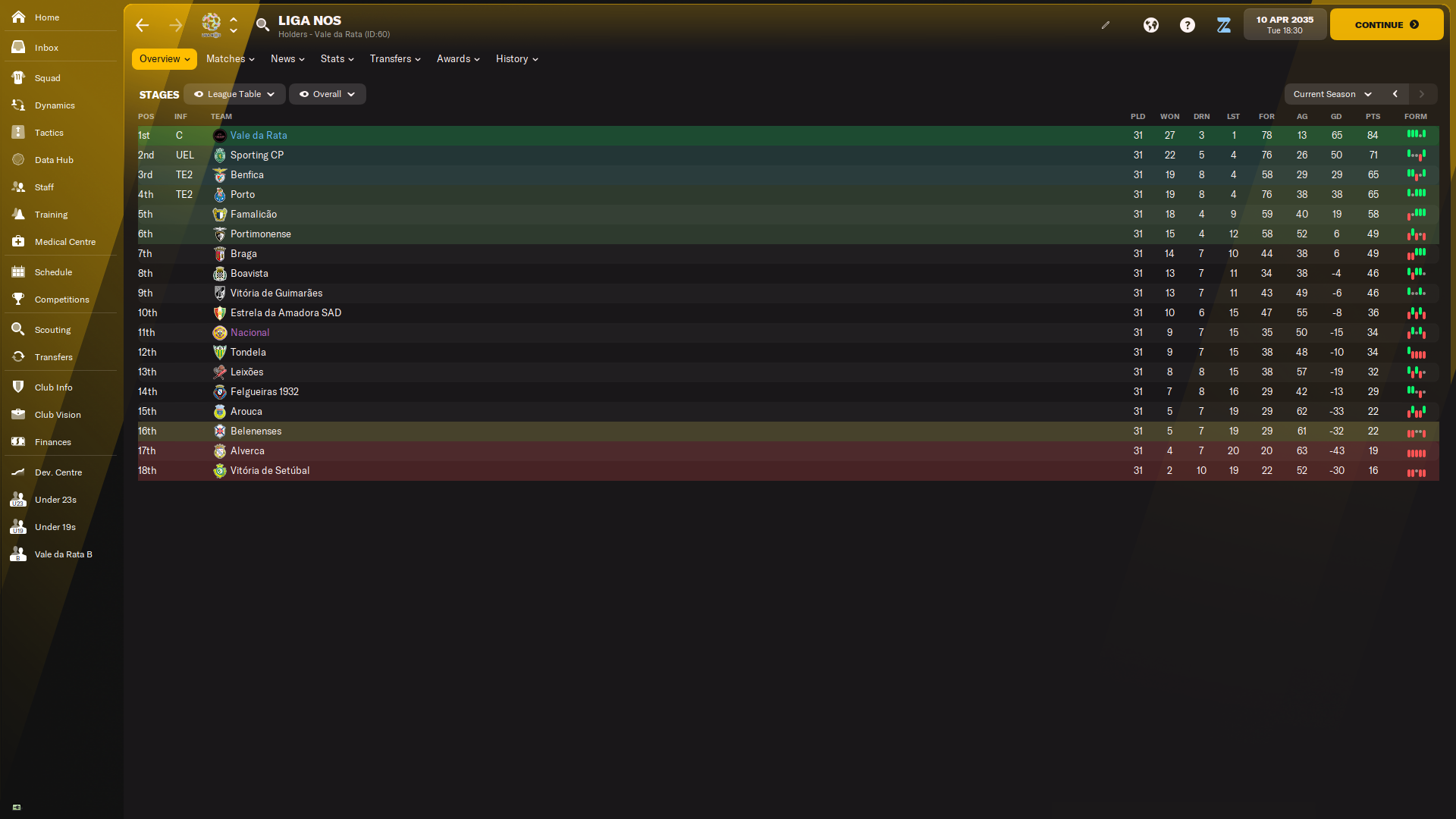 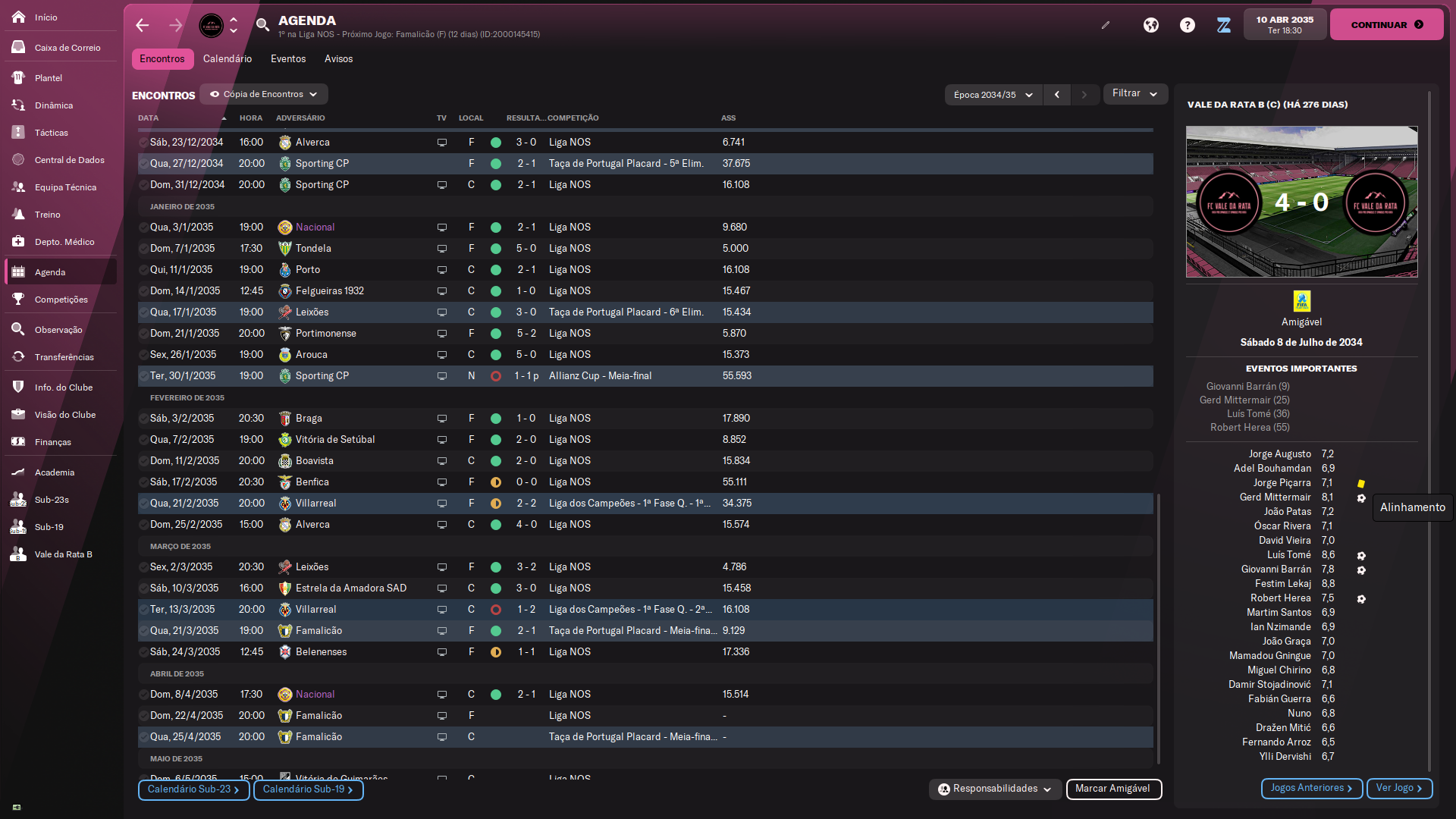 If someone tries, i would be grateful if you help me to improve some thing that you think its better!