Download
Overview Updates (1) Reviews (1) History Discussion
I created this thread as a result to the requests made to my comment from https://fm-base.co.uk/threads/433tikitaka-v1-bortmounth-100p-131-45.162271/
Credits to lisa565658 and his original tactic.

As I said in that comment I started using that formation which was really impressive on offence but posed some real problems on defence. As a result I tried to make some changes to improve the defence but also keep the offensive part as it was.

The changes made:
1) moved the CF to the middle and changed it also to BBM (set the same instructions as the other BBM which was already there on the initial tactic)
2) switched mentality to Positive instead of Attacking (in some matches Attacking is better but you can decide that based on how the match is going; for example I lost the first match at home against Real 3-1 using Positive but away I switched to Attacking and the team won 5-3 ; On the other side I won at home 6-0 against Barcelona using Positive; both matches against Atletico in the semi final were also won using Positive 3-1 (home) and 1-0 (away). The final against Liverpool won on penalties after leading two times 1-0 and 2-1 also using Positive. I should have won it before penalties but...

Conclusion: Starting the match on Positive and if required switch to Attacking.
Didn't test with other teams but still some pretty impressive results first season with Inter. 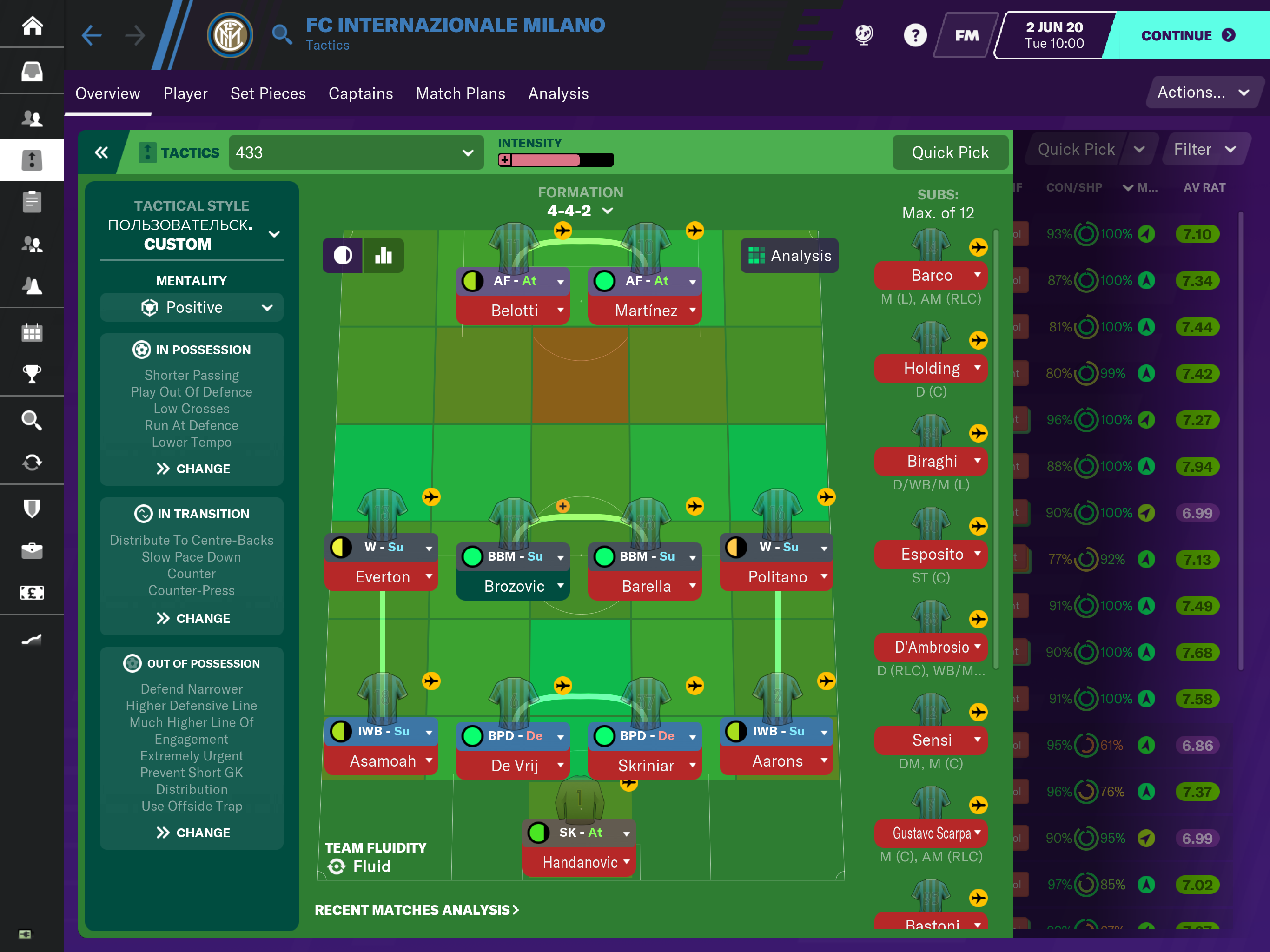 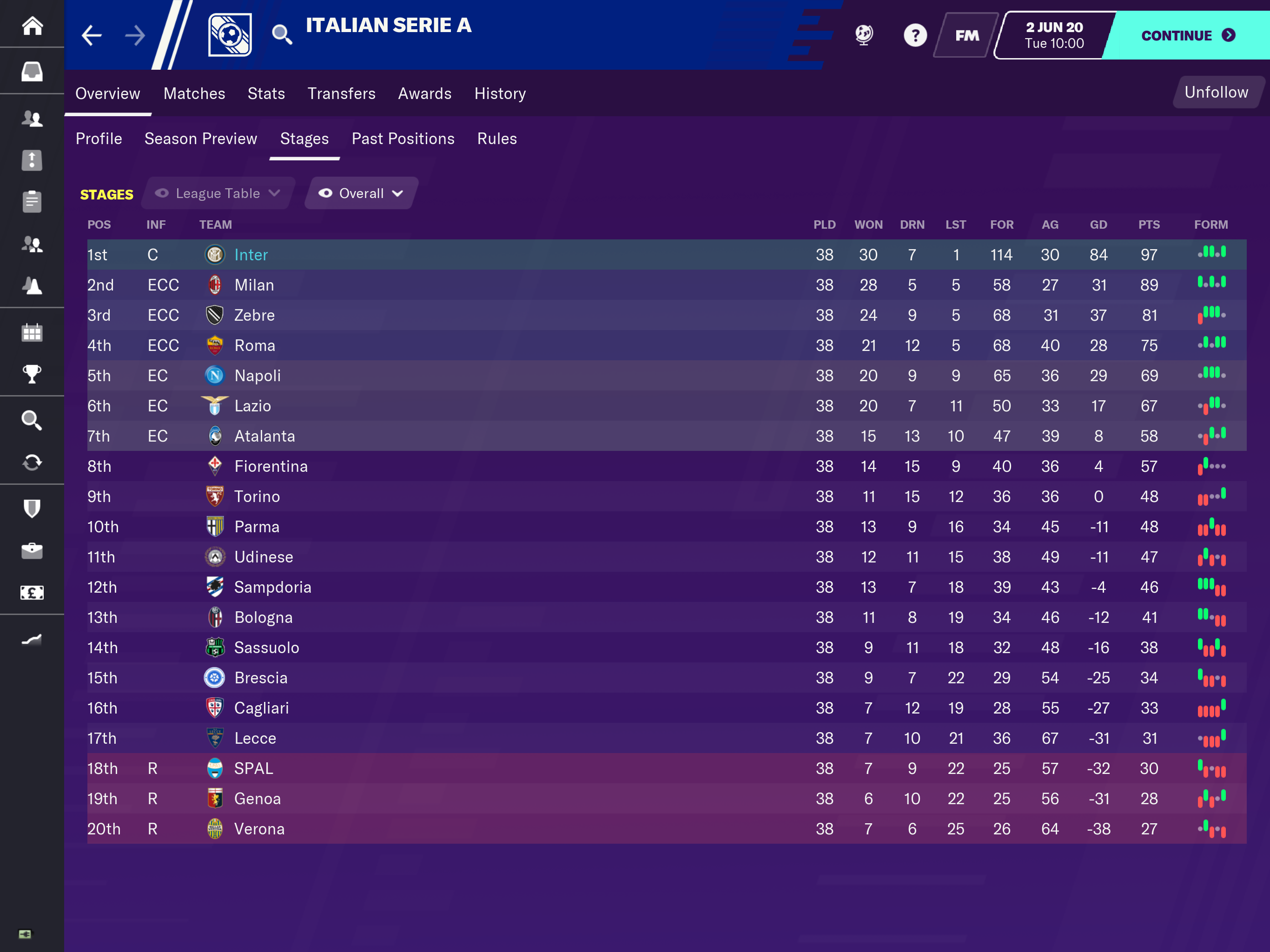 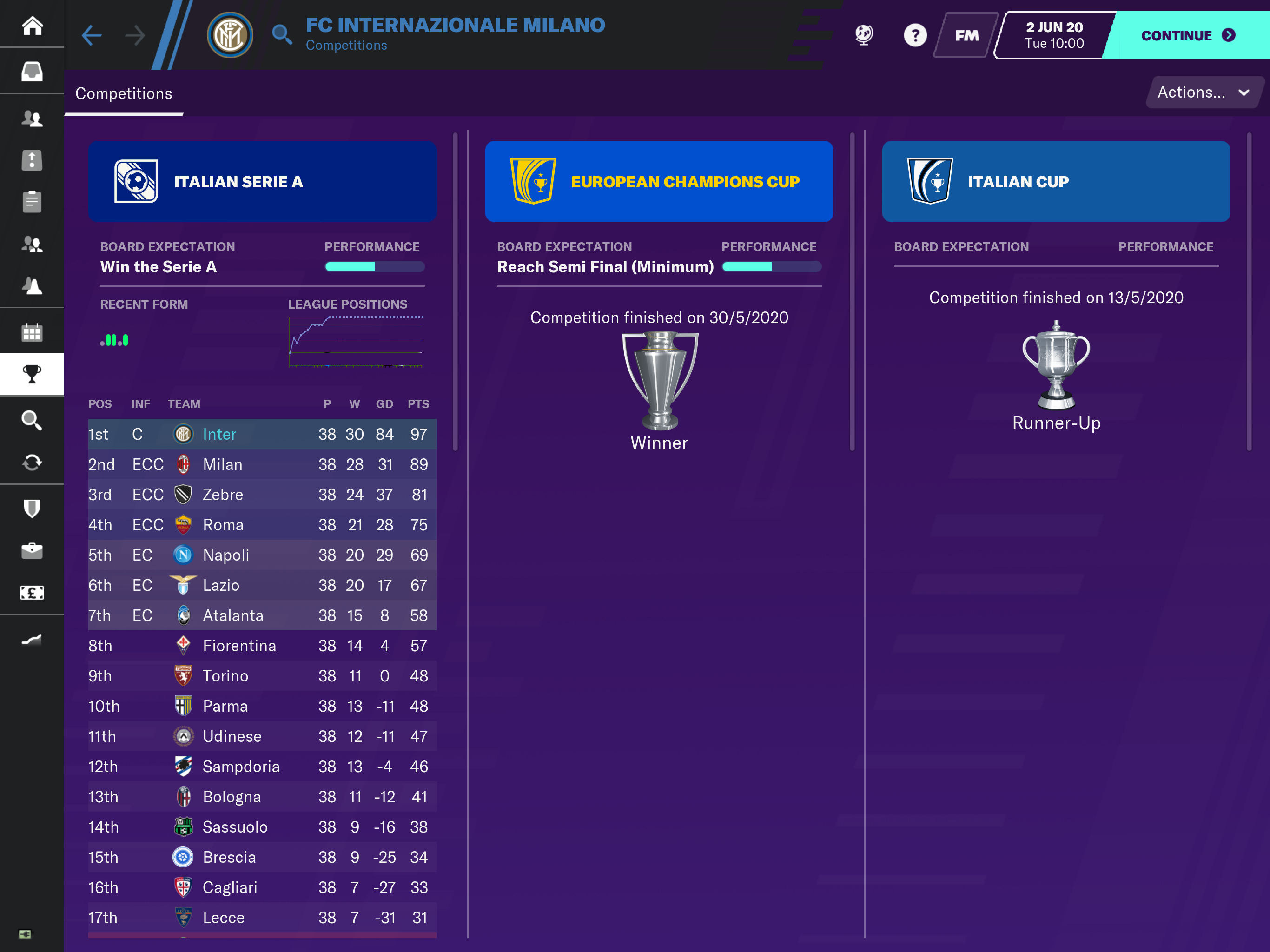