Currently I have a long lasting Ajax safe where I made a tactic which is really successful for me and I'd like to share it with you.
Small note, this is Ajax, my side is by far superior in the Dutch league so the results are exaggerated. 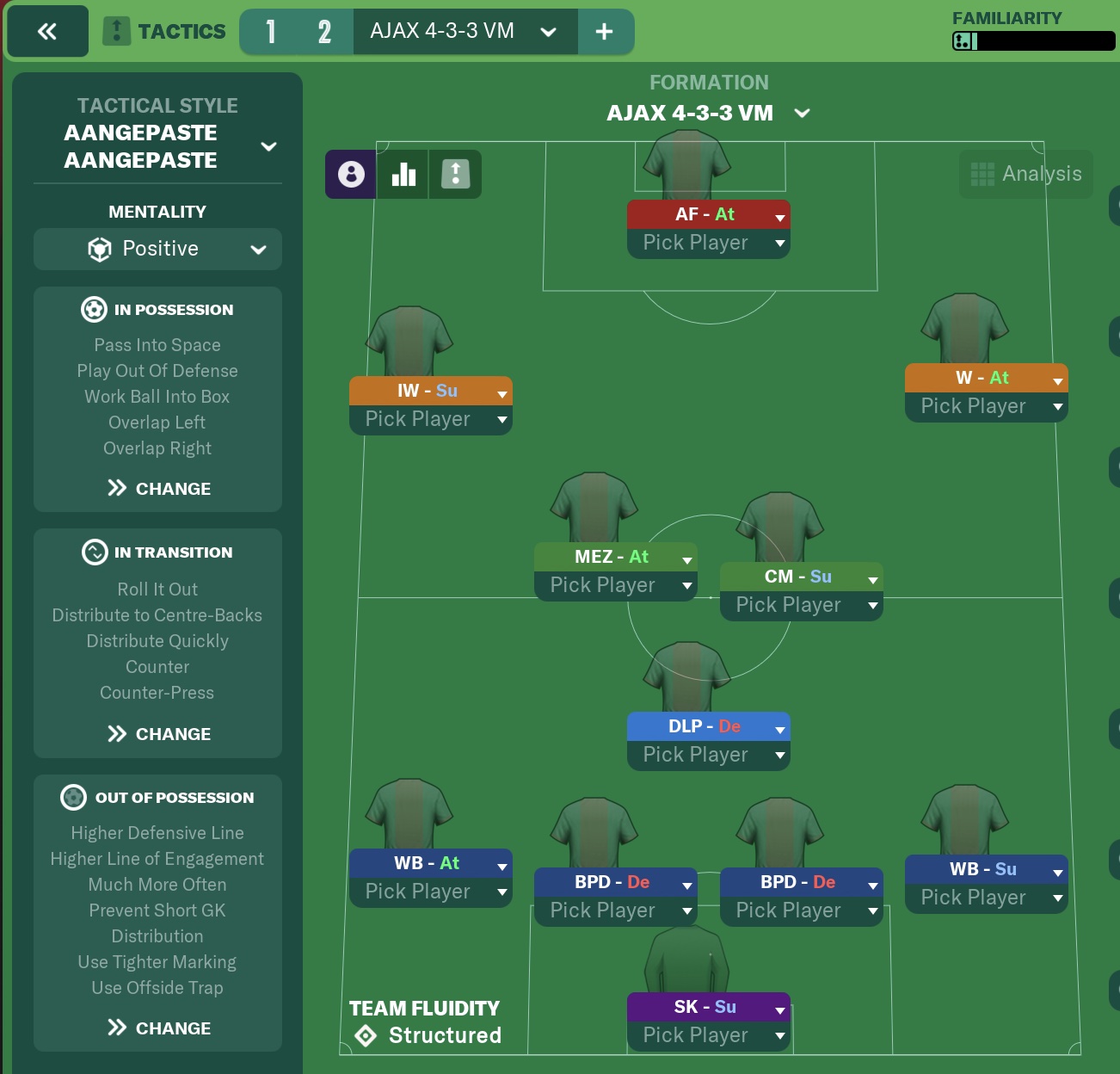 I'd like to float between positive and attacking mentality.

Most of the goals will come from the advance forward, which is in my case a big and athletic. Most of the danger will come from the flanks, but as well from the mezzala and the controlling midfielder in the half spaces. I would say that vision and passing are some of the most important attributes. Also keep in mind that the mezzala in the attacking role also does show up in gaps in the defense as the controlling midfielder might make some runs towards the goal as well.

The inverted winger and winger will make enough runs and will cause danger in front of the opponents goal, but they will also defend the upcoming backs of the opponent. They will make a good amount of meters in the game and will be most prone to tiredness.

For the deep lying playmaker I would say that he has to have good mentals and need to be at least decently athletic. The deep lying midfielder will be the one who will be the front man in defense and interrupt potential attacks. The ball playing defenders are very athletic and have good mental abilities. They have good physique and can read the game as well. Every attack will start in the defense, so it will come in handy if they have some mediocre-decent passing ability as well.

For more images, I'd like to refer to the attachments.

I hope this tactic will work out for you as it works for me. Good luck, manager.