Hello everyone,
Today I want to introduce my 433 Narrow DM tactics (4123 formation), which is my favorite formation.
I play with no transfer in the first windows and use the latest update of pr0 Feb 10. 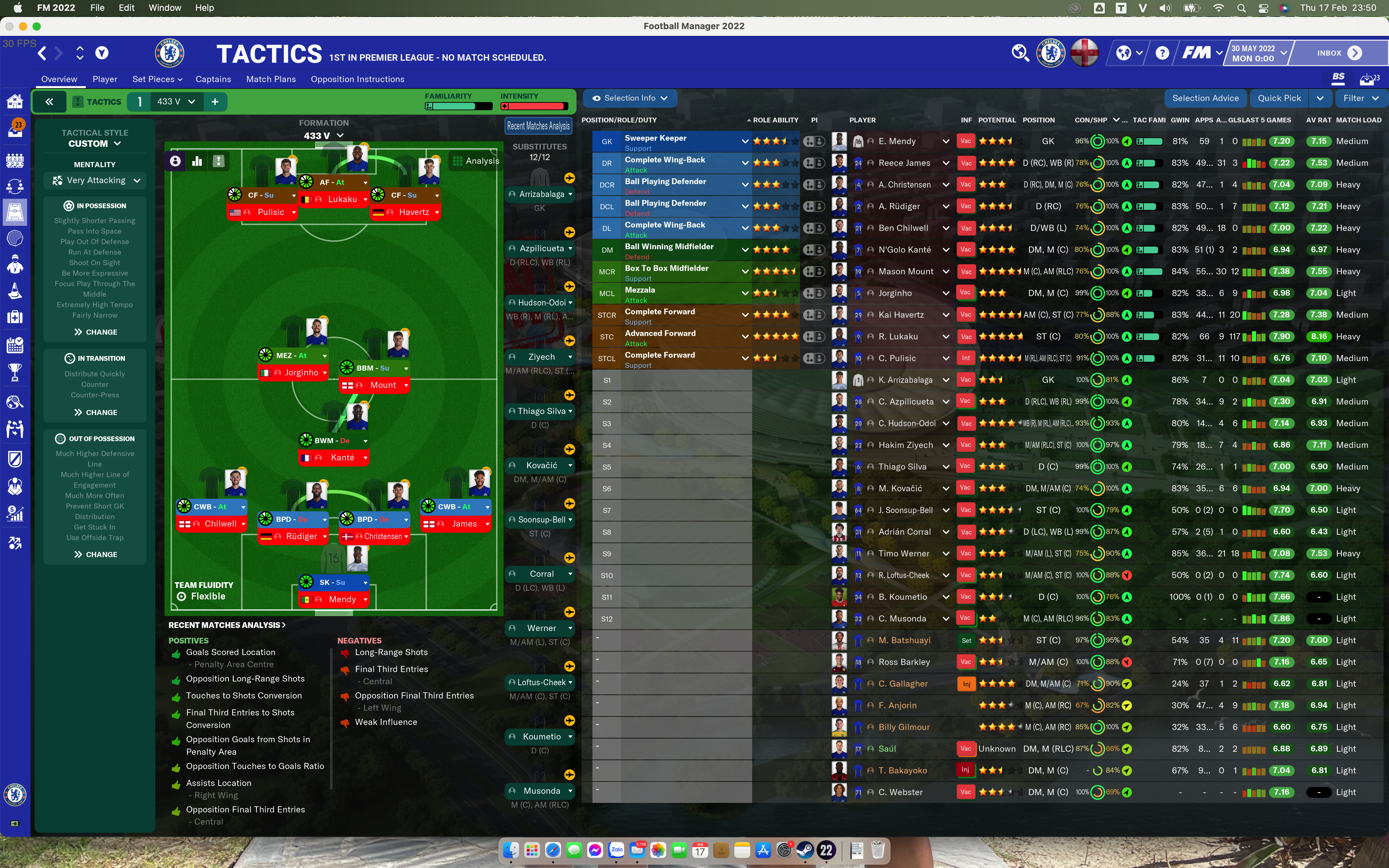 First, I tried the tactics many and many times. After fixing and trying, the top trio should be 2 CF (S) Kai Havertz and Timo Werner plus 1 AF (S) Lukaku - At the CF(S) will play as narrow wingers, they will try to run at defense and try to cross as soon as posible to AF (AF is the main scorer of this tactics).
The three midfielders are one BWM (D) Kante, B2B (S) Mason Mount, Mez (A) Jorginho will provide a balance in attacking and defensive of the midfield to the team.
The defenders which are 2 BPD (D) Rudiger and Christesen play in the center, and CWB (A) Chiwell and Reece James play on the side. Both CWB(A) is very important to the tactics, they will play long thru pass to their CF (S) upfront, or B2B will take thru ball for them to overlap to the flank and cross to AF, or Mez can play long pass to left CWB to provide a low cross as well.
Secondly, the tactics scores a lot. The result is 130 league goals in the 1st (Minus 35 goals only) , Lukaku scores 117 goals (68 goals in Premier League). James and Mount each can make 30 assists. 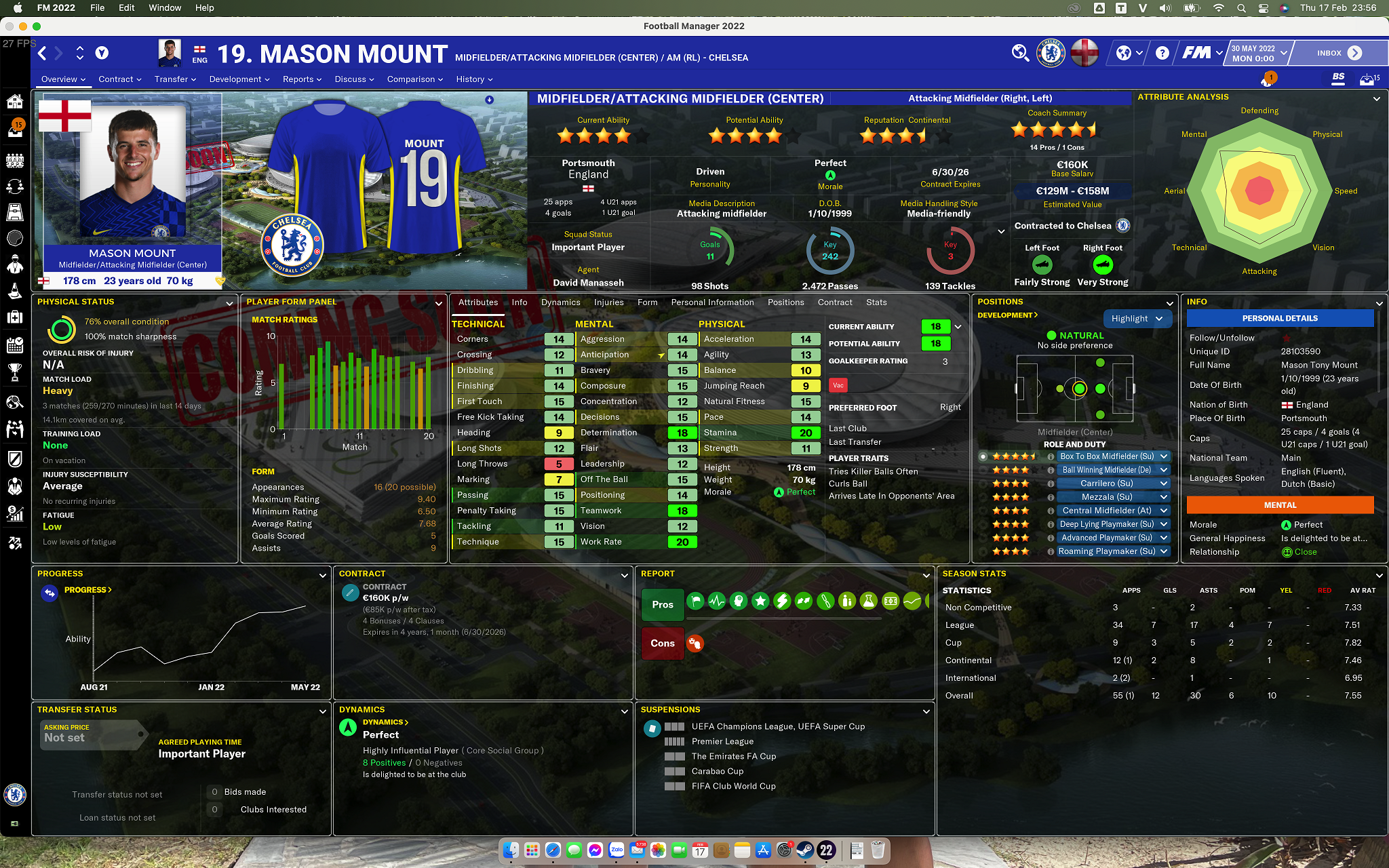 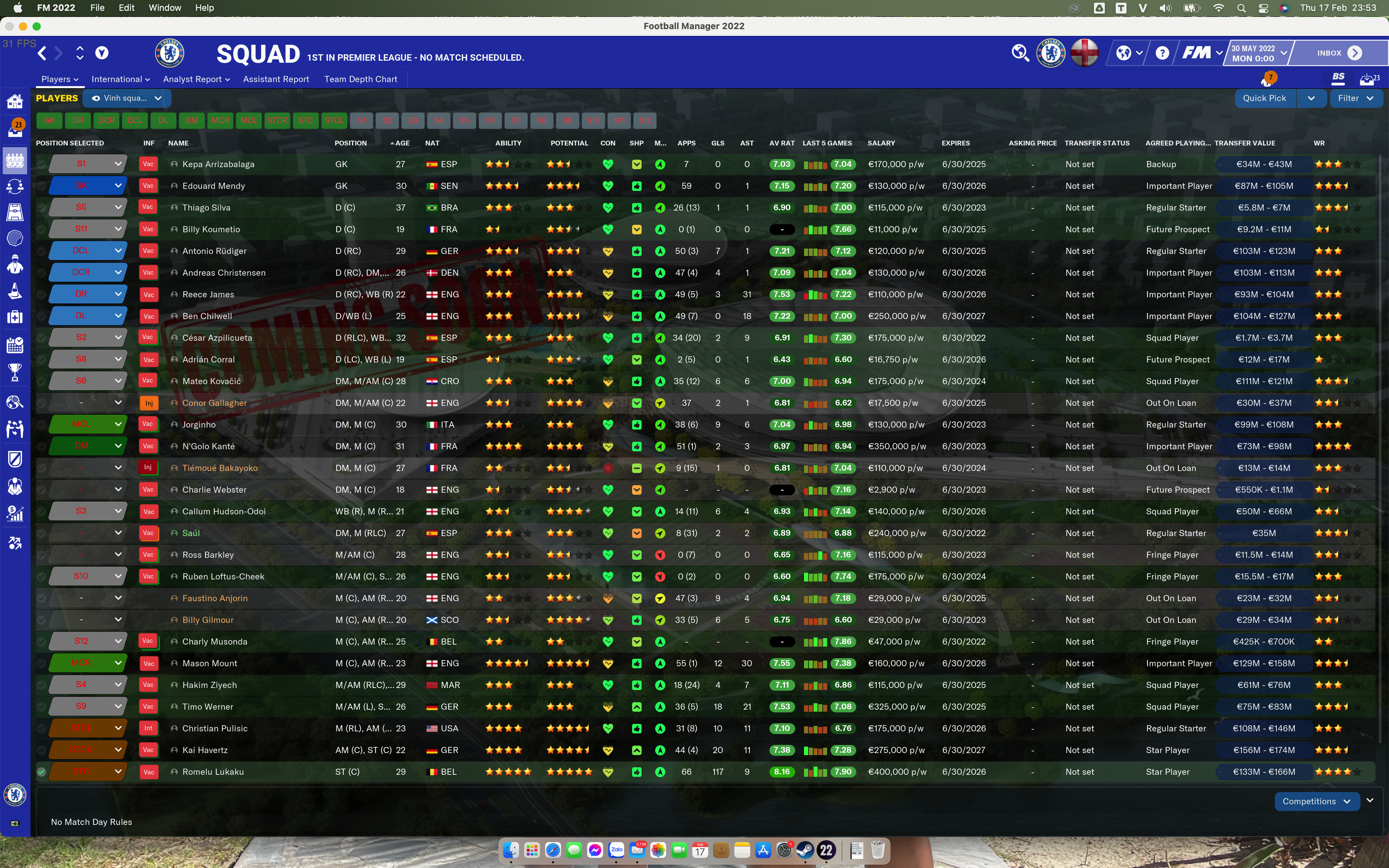 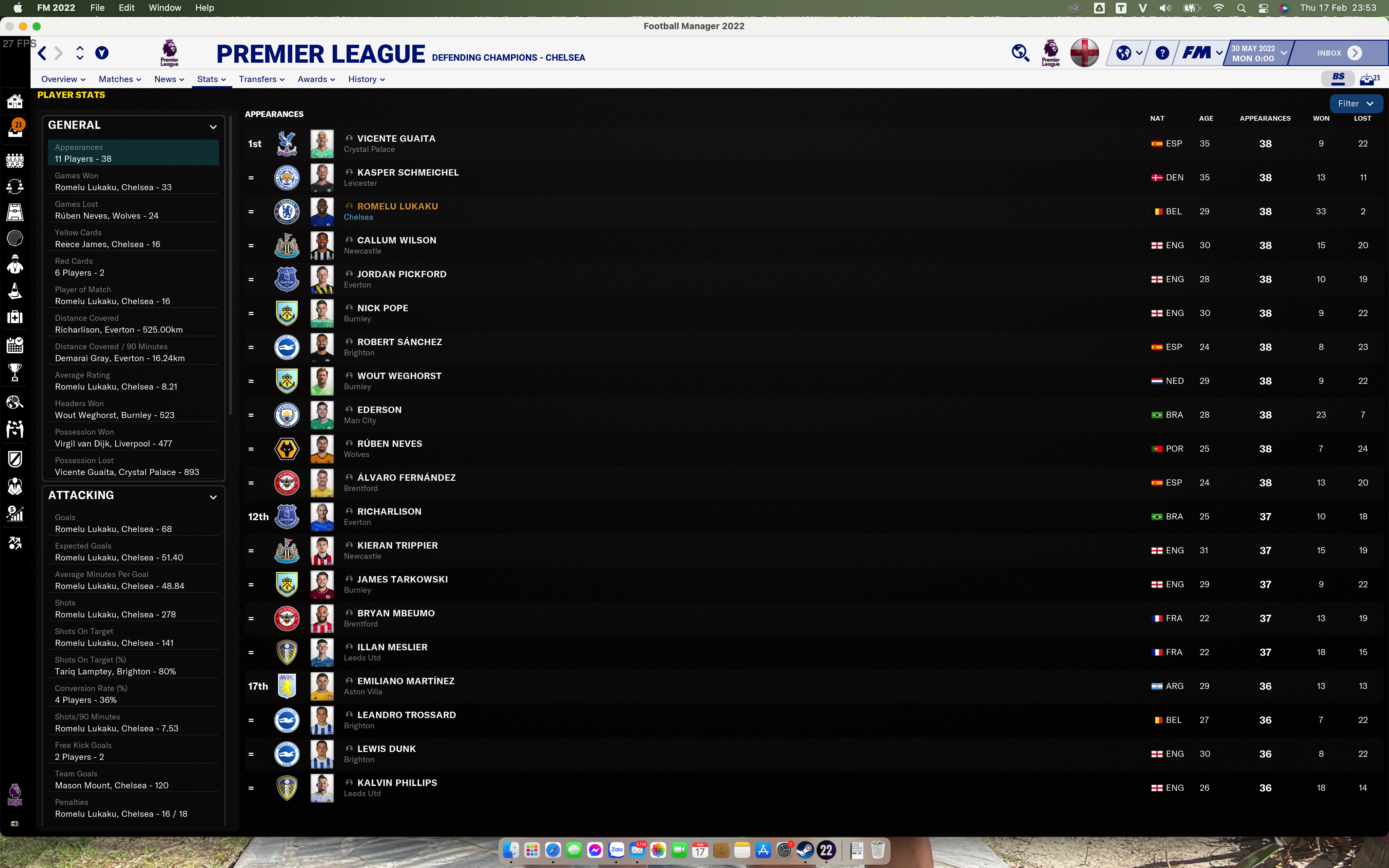 Final, I won Premier League with 102 points, Champion League final vs Bayern, and all other cups. 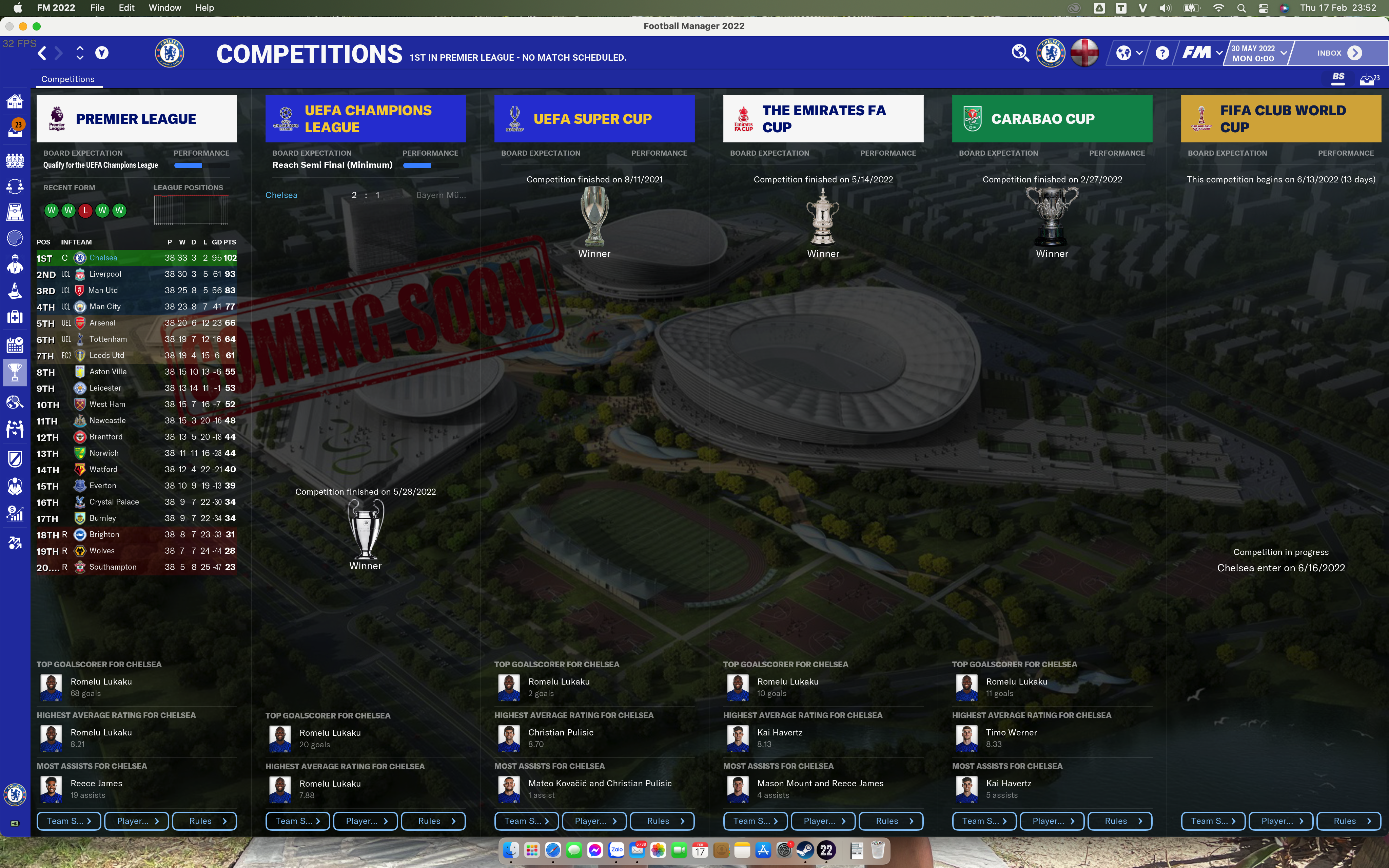 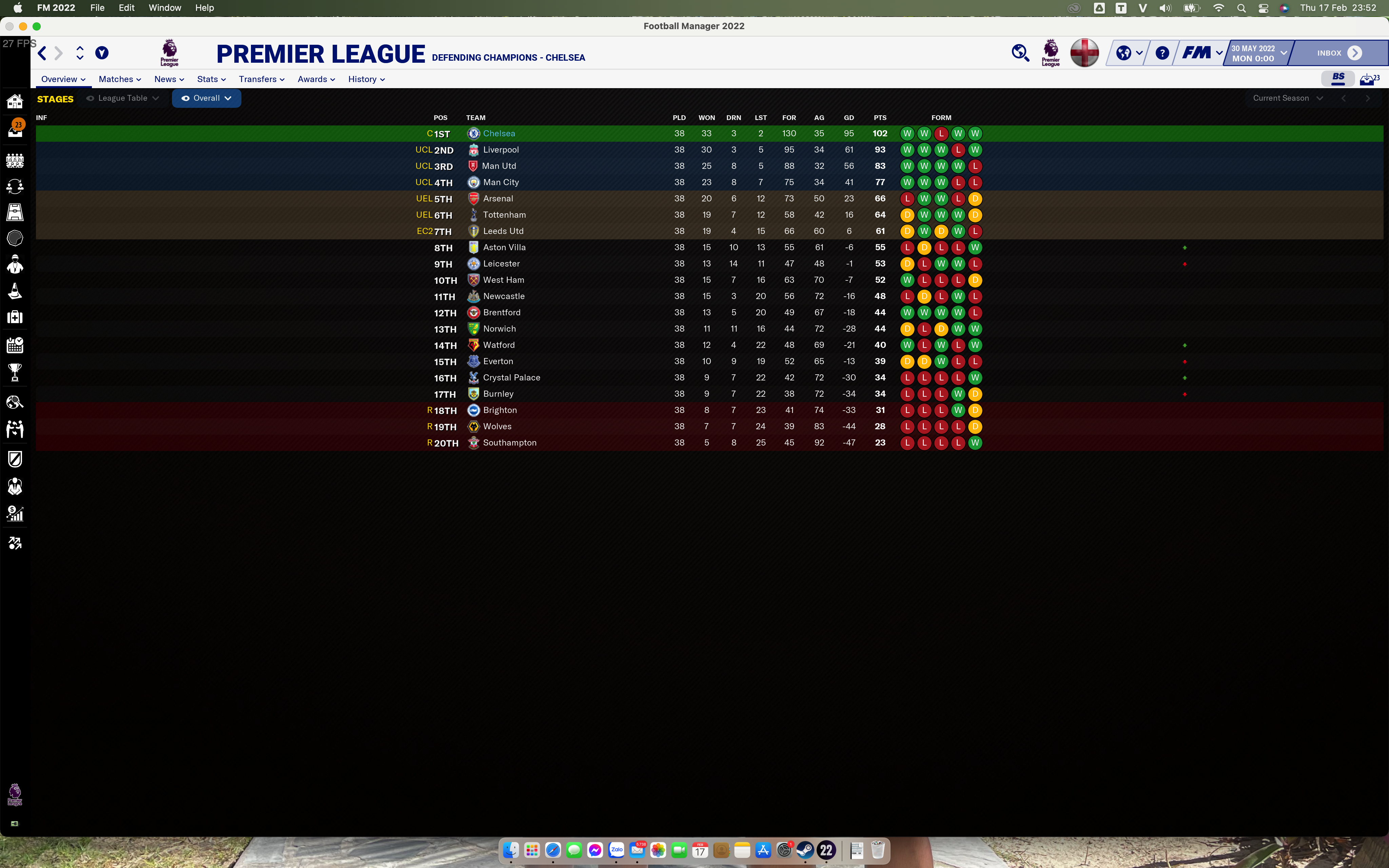 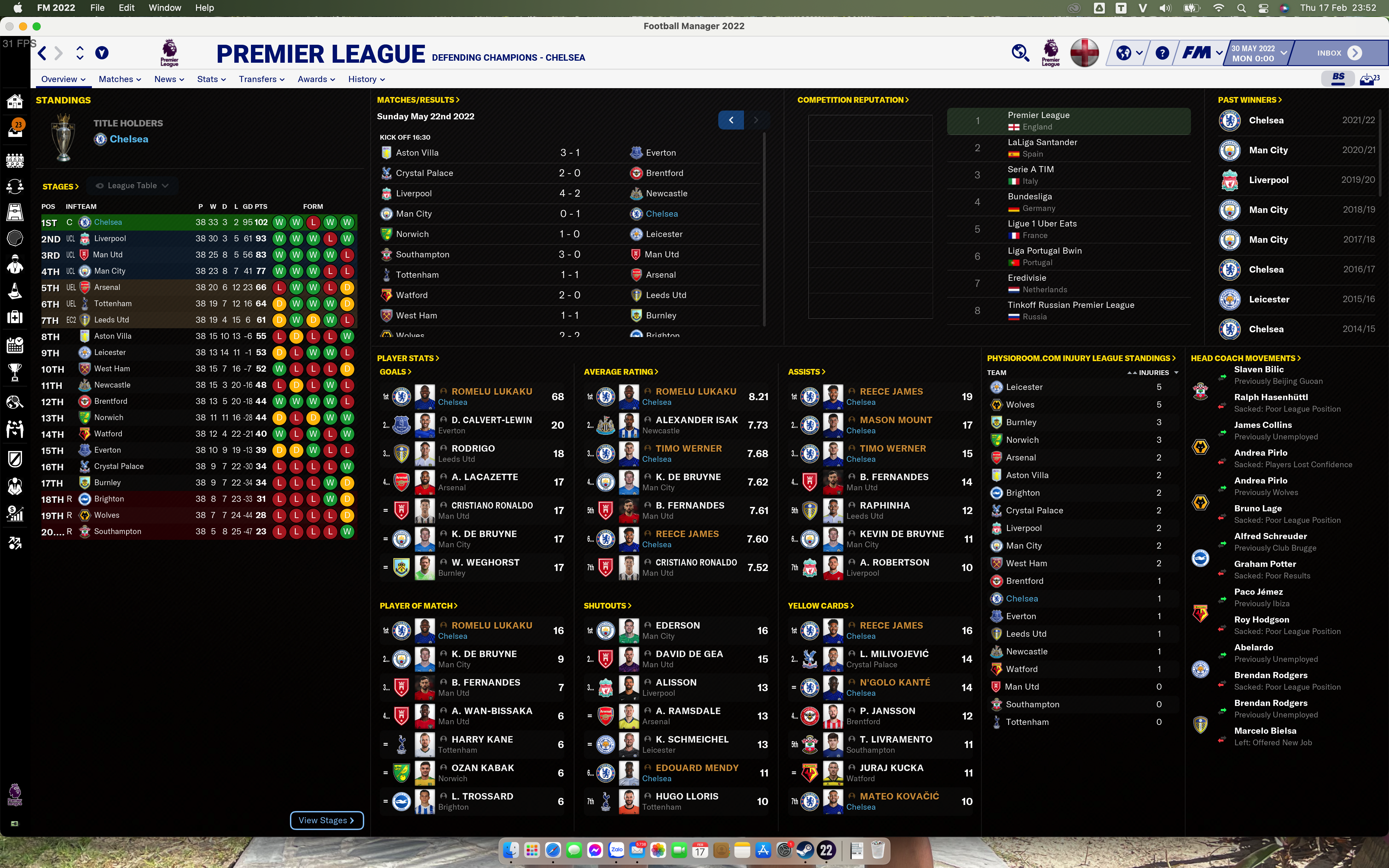 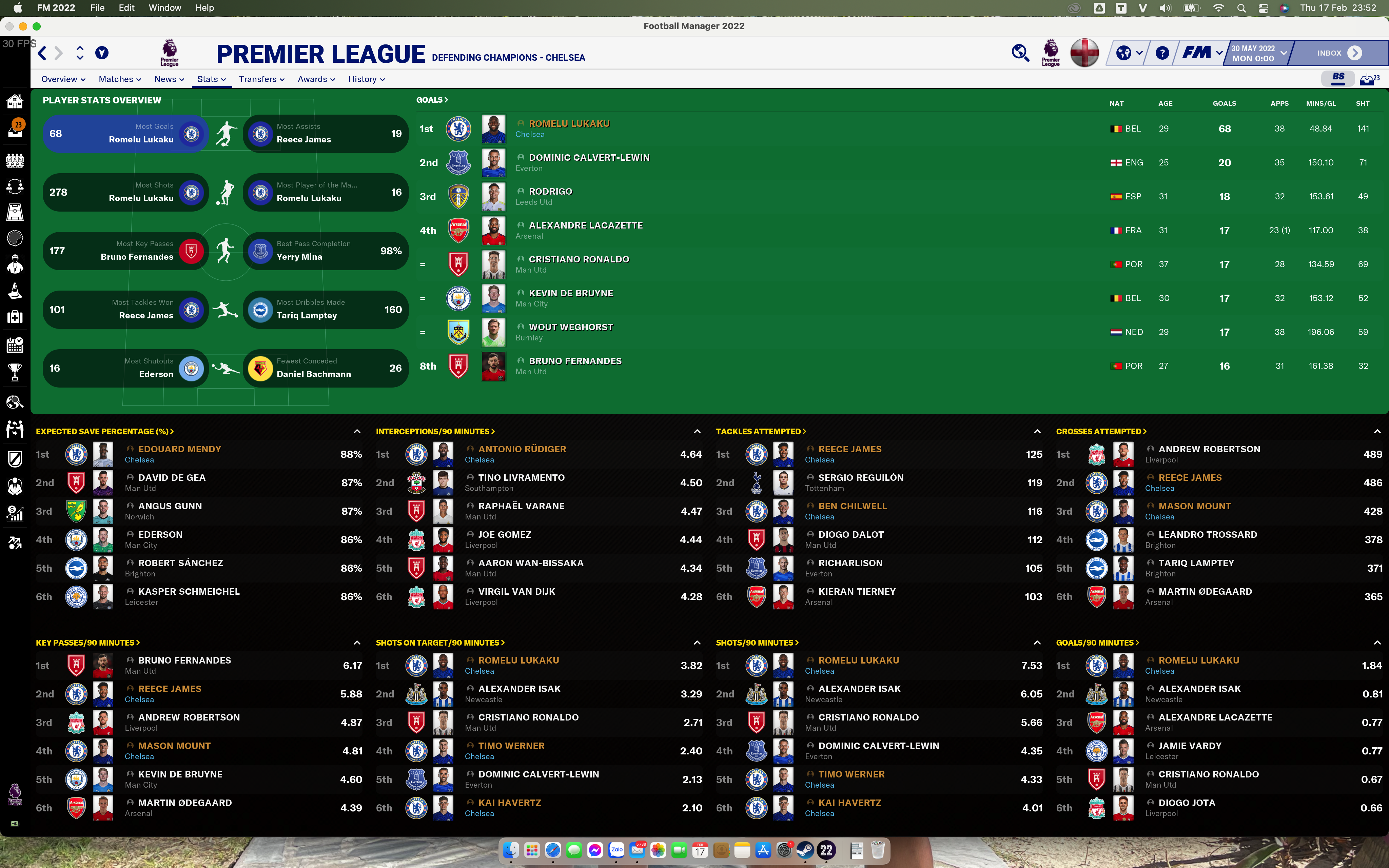 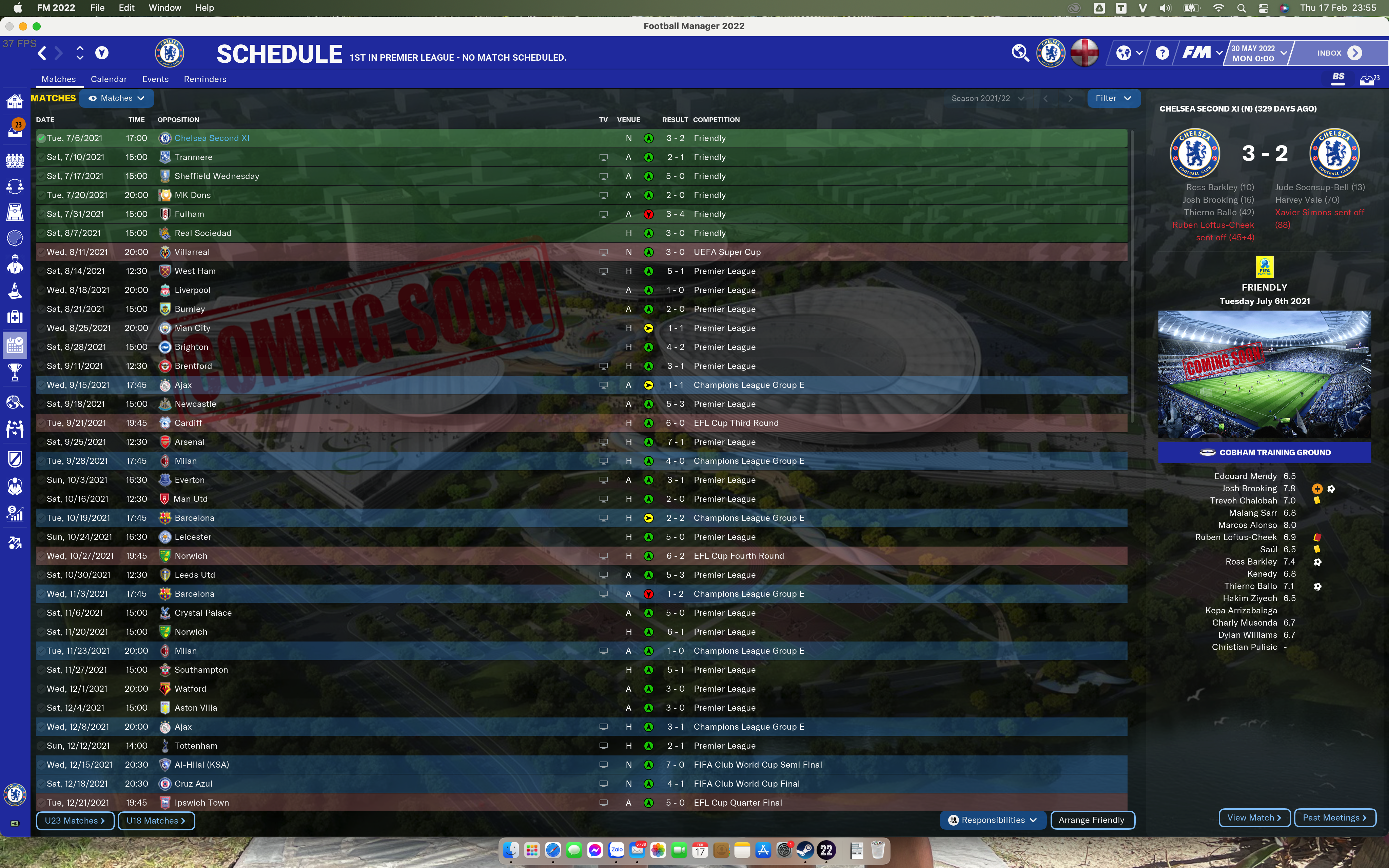 I do some transfers out in Jan to open the door to sign Mbappe and Dybala free in Summers.
Next season would be on fire. 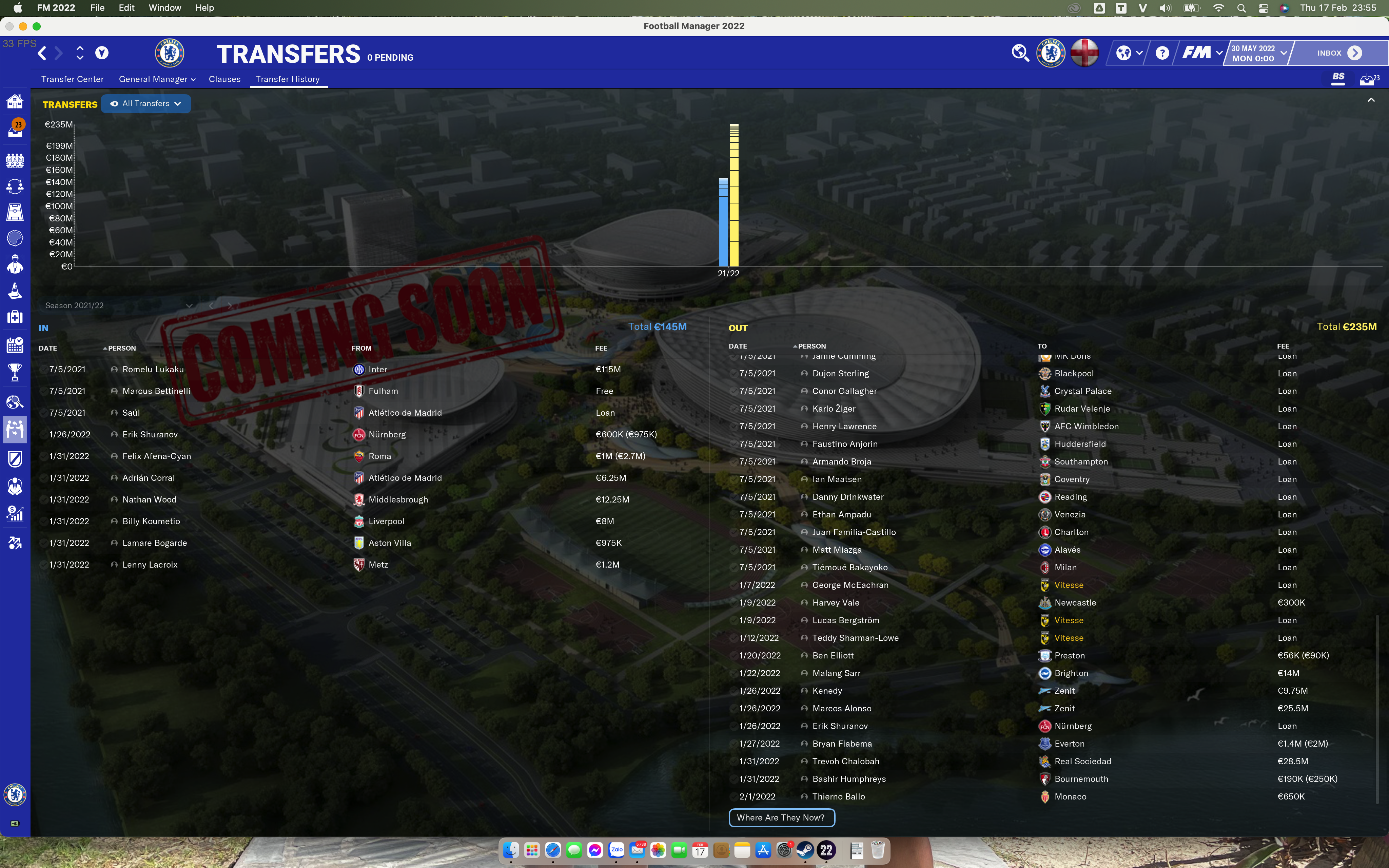 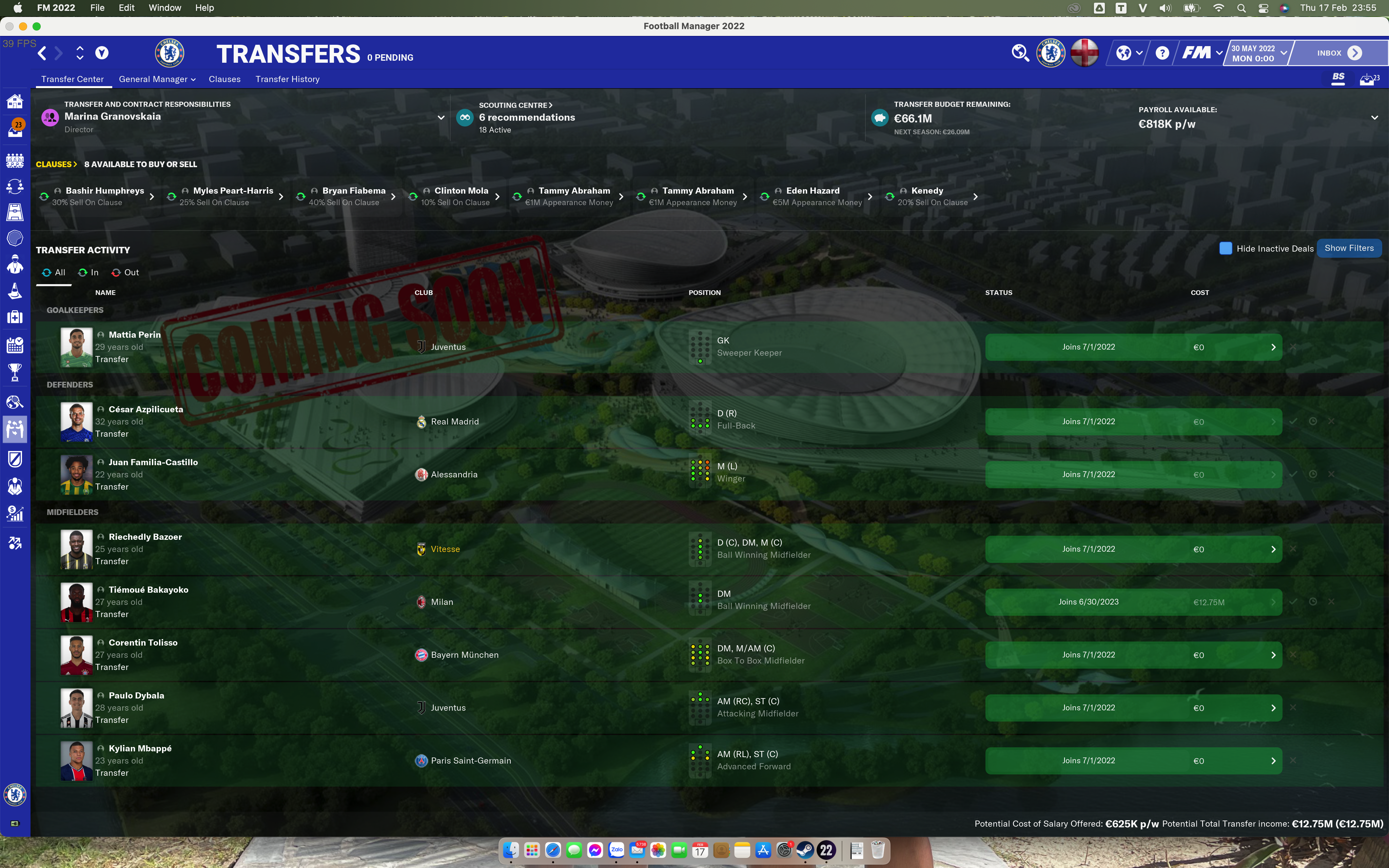