Download
Overview History Discussion
Hi everyone,
It's me again. For now, this is the CRAZY 442 tactics for FM2021.
I've been testing again and again with many teams from underdog to top teams to make the 442 version of my tactics.
To make something new, I tried with both Wide Playermaker on both side because not so many of us've use this role on 442 formation, so we could give it a try.
Let's get in. Here is the tactics: 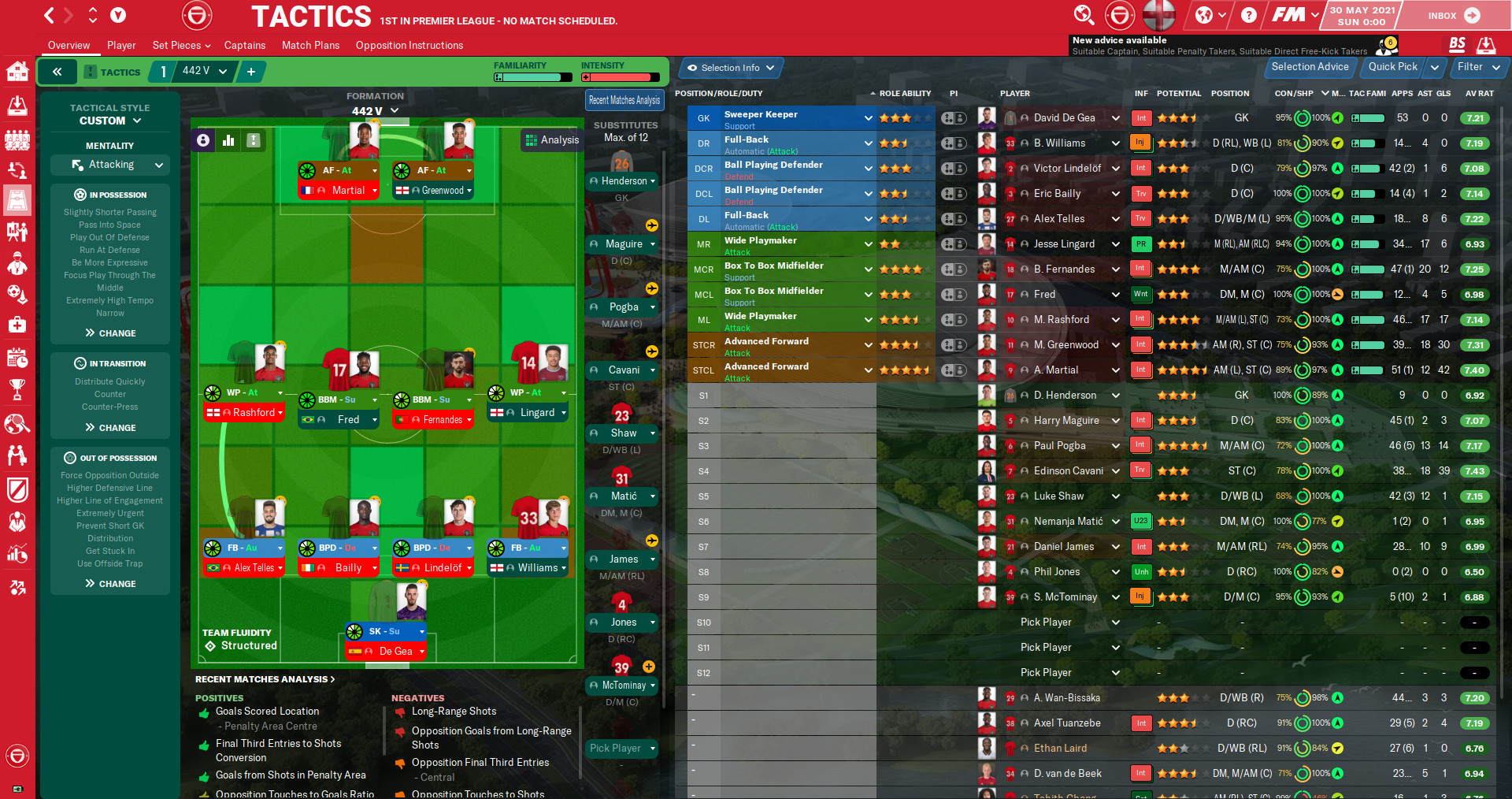 Such as most of my tactics, this is plug and play tactics. I leave everything to my staffs. My staffs take care most of responsibilites, just not Initial transfers.
For this test, I didn't buy or loan any players. 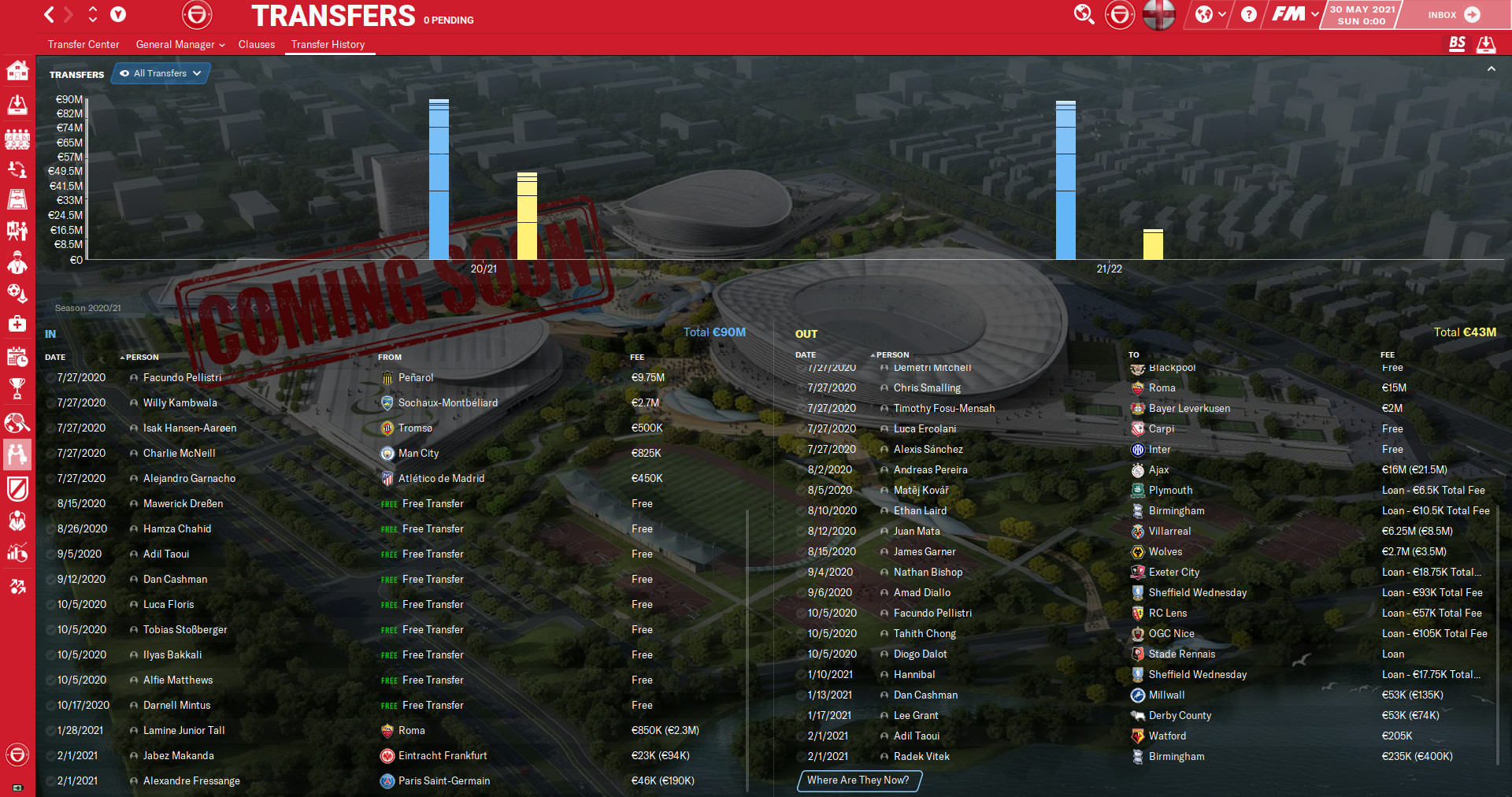 To play thru central, both wide playermakers will cut in and make thru ball for both strikers. For this test, Rasford and Lingard played on both sides, Pogba and Bruno stayed in midfield. Strikers were sub between Cavani, Martial, and Greenwood.
This season is played by my assistant coach for the whole season. 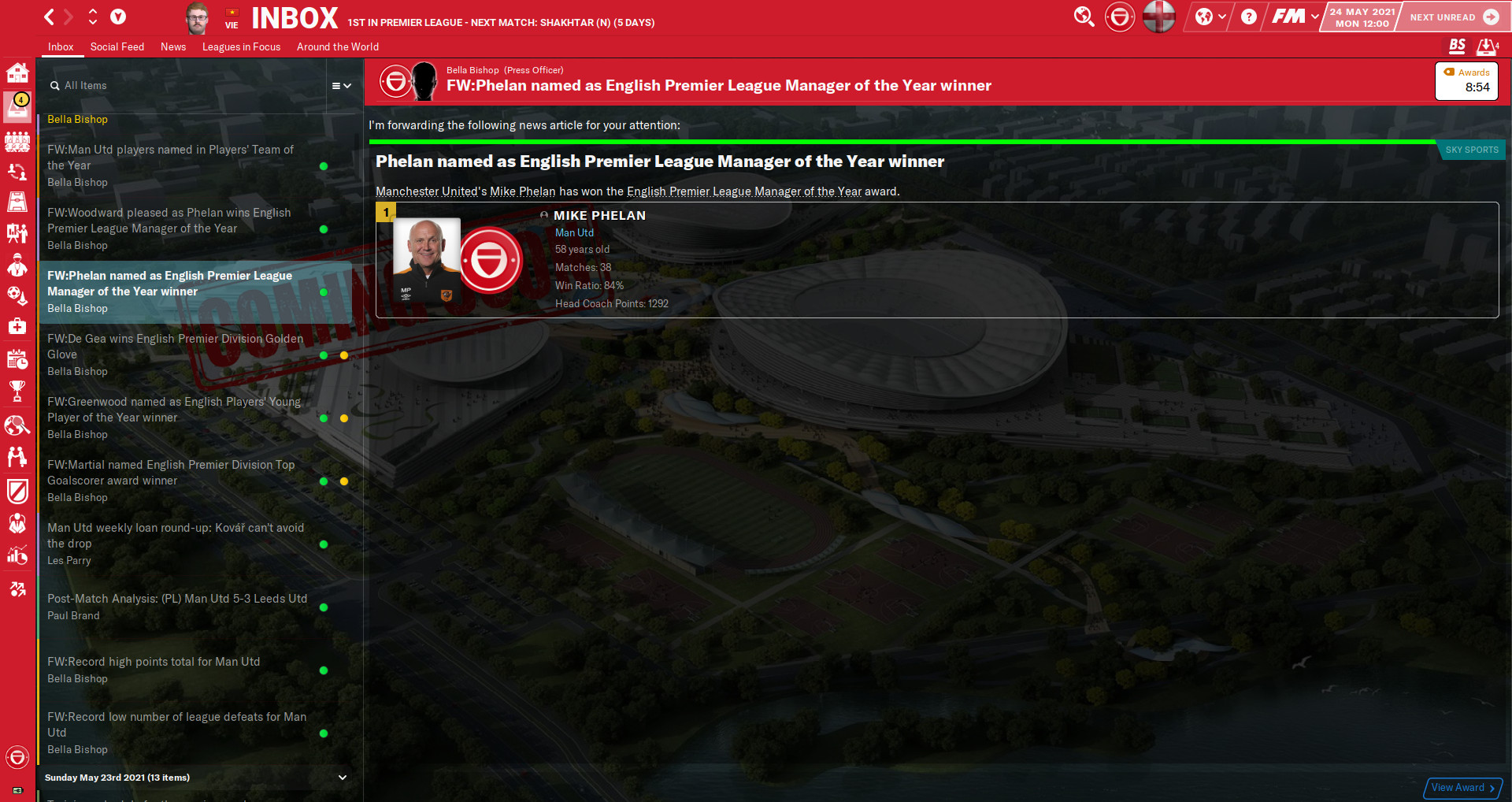 And the results:
Won every single title of this season. Score 128 goals in Premier League, and some more records. 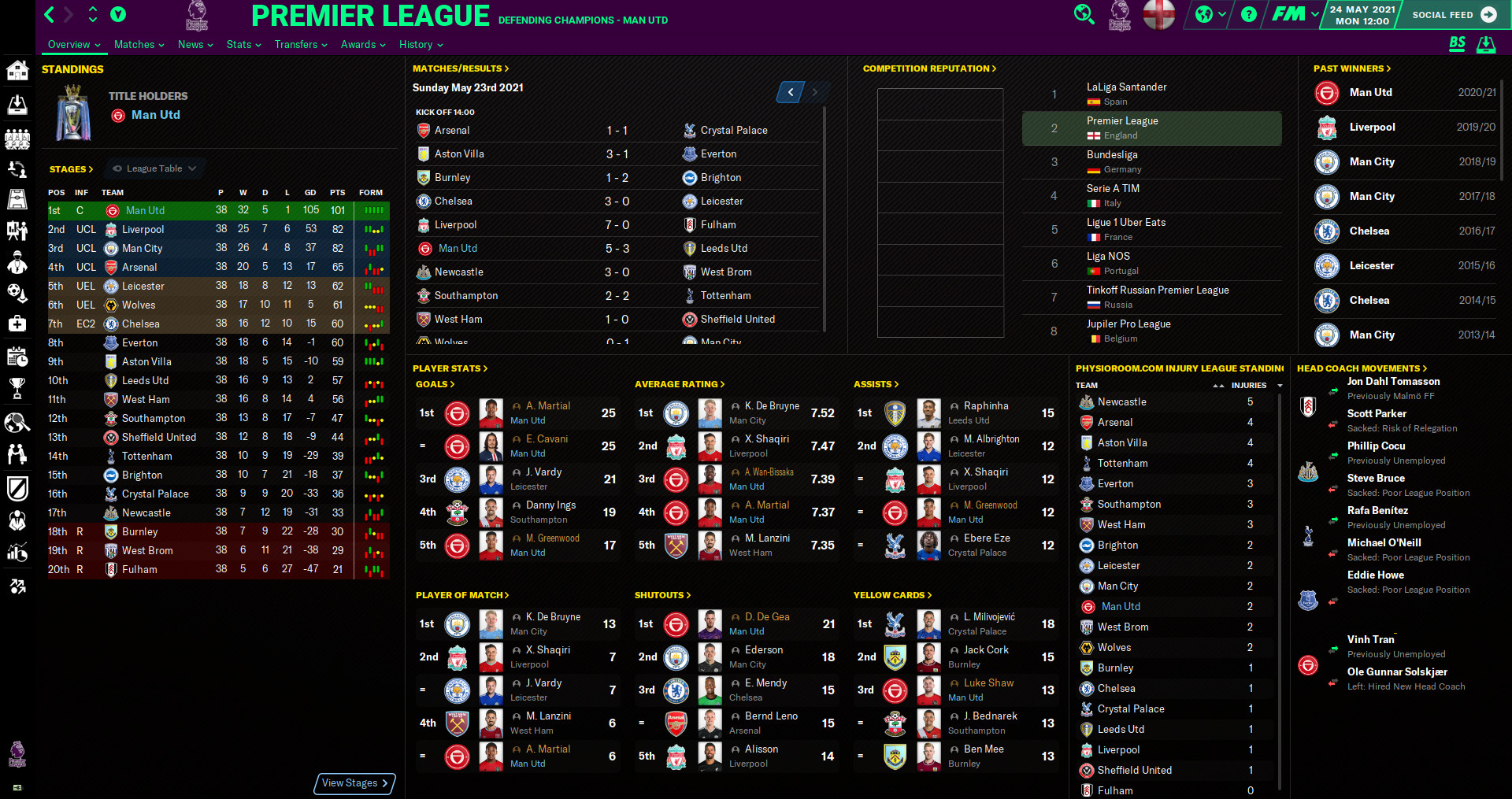 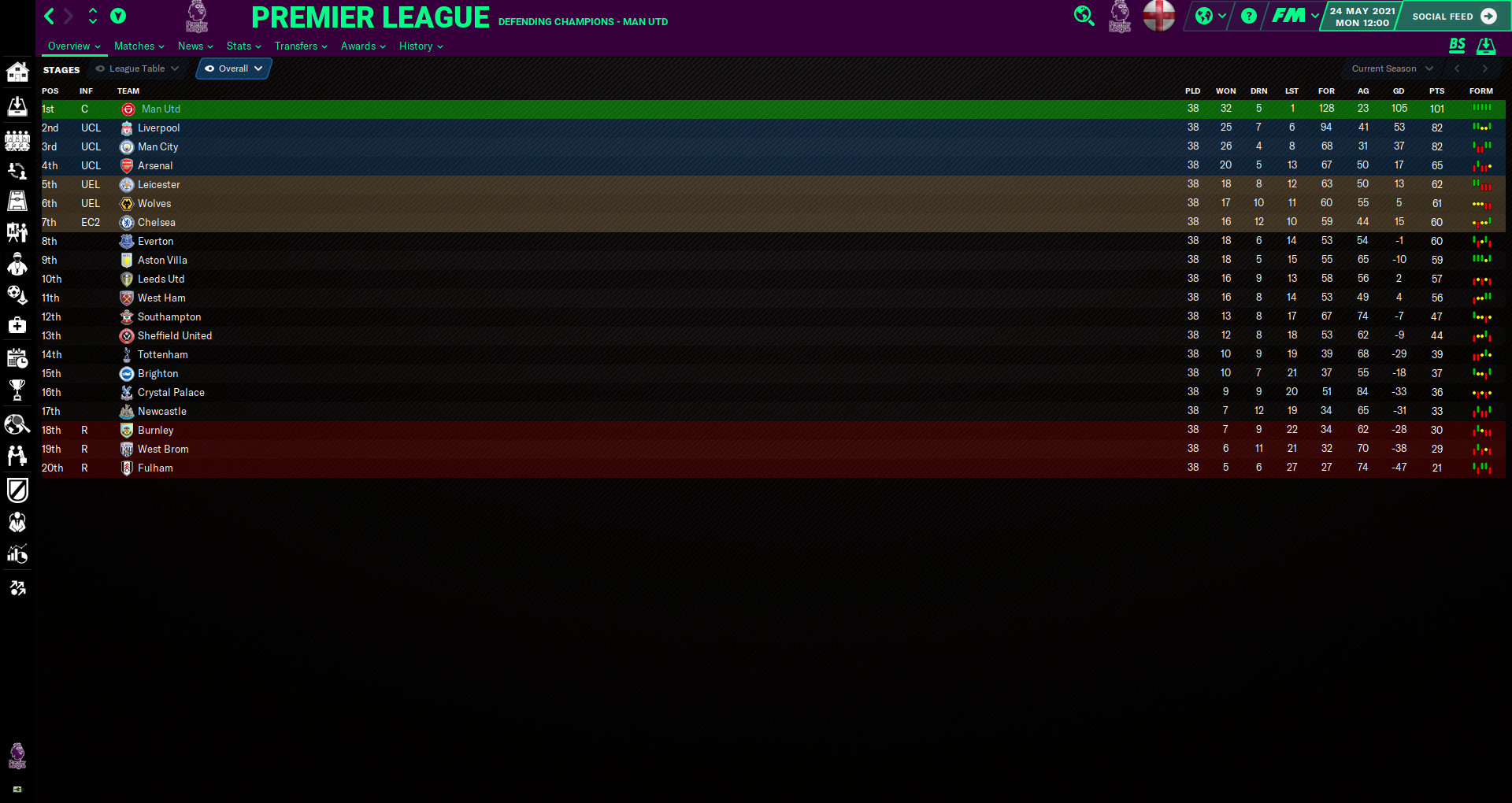 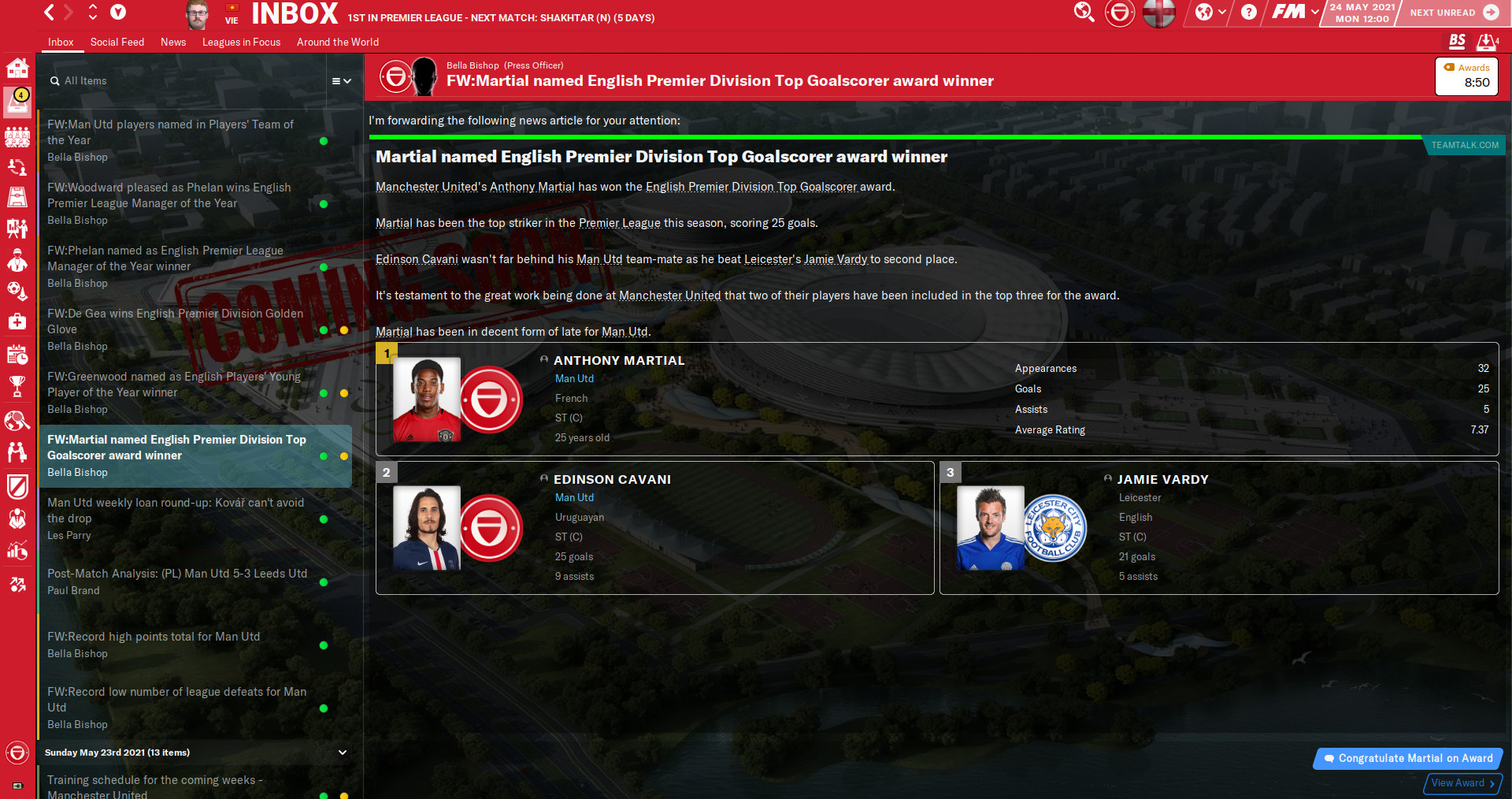 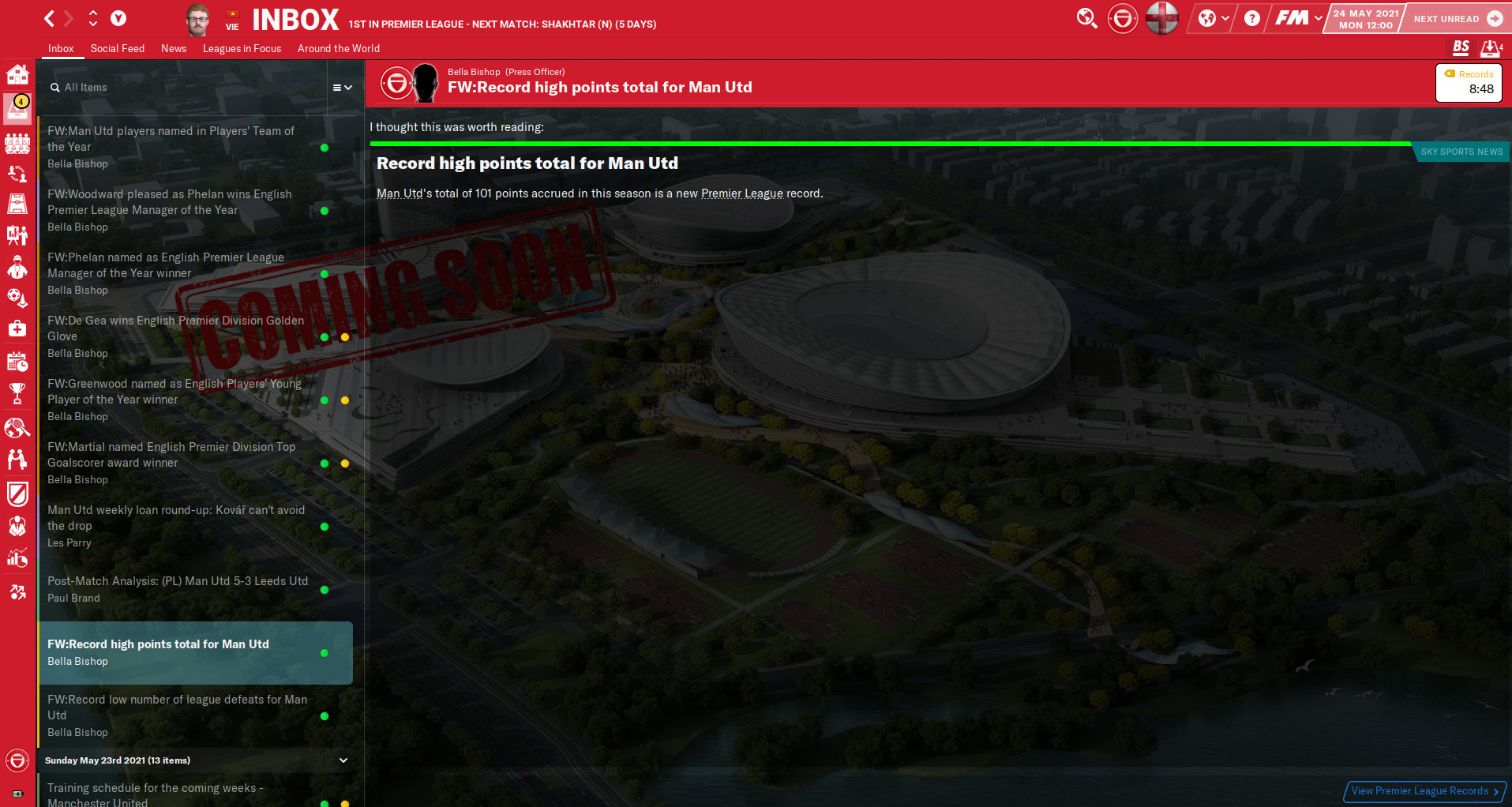 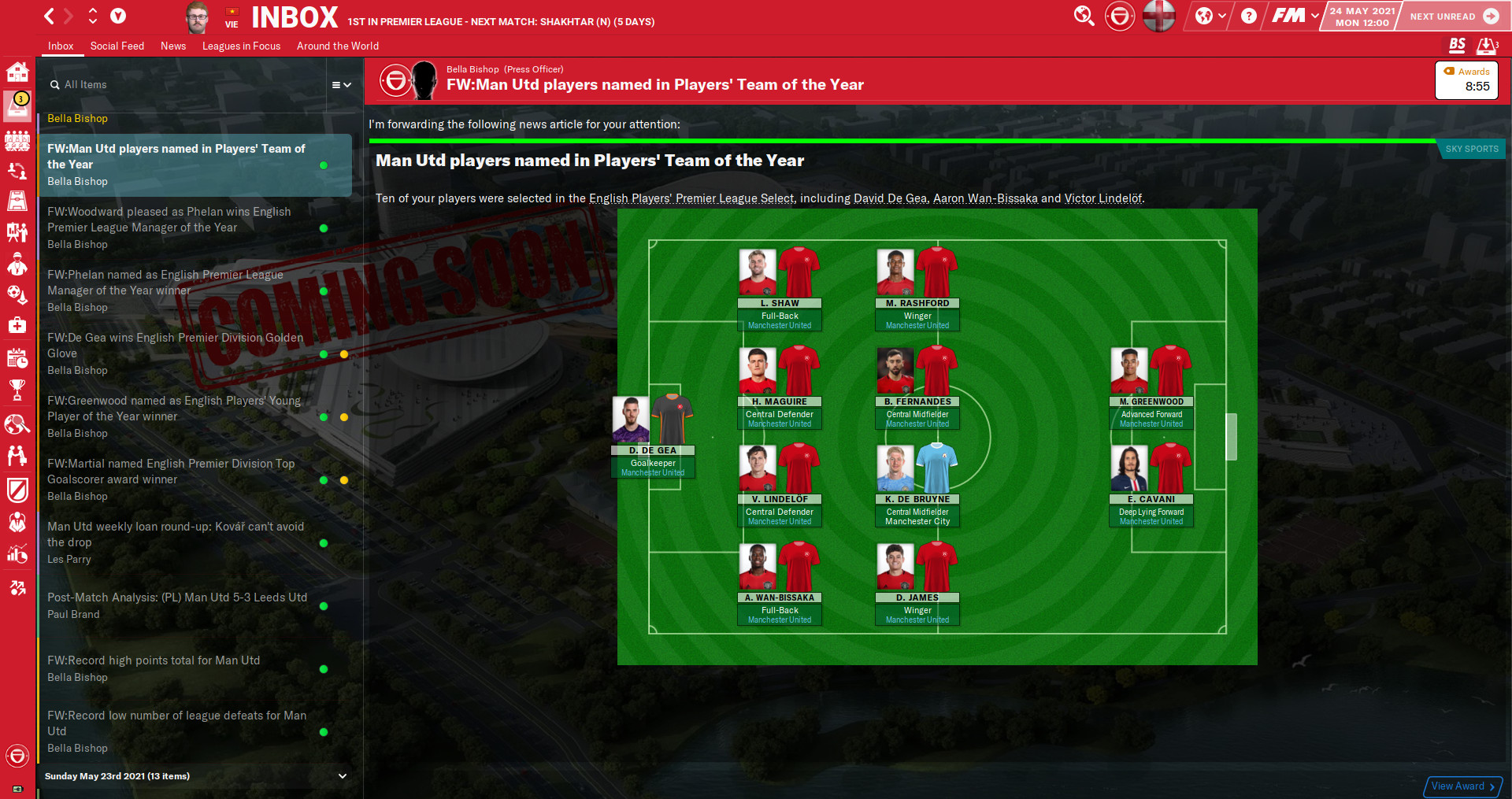 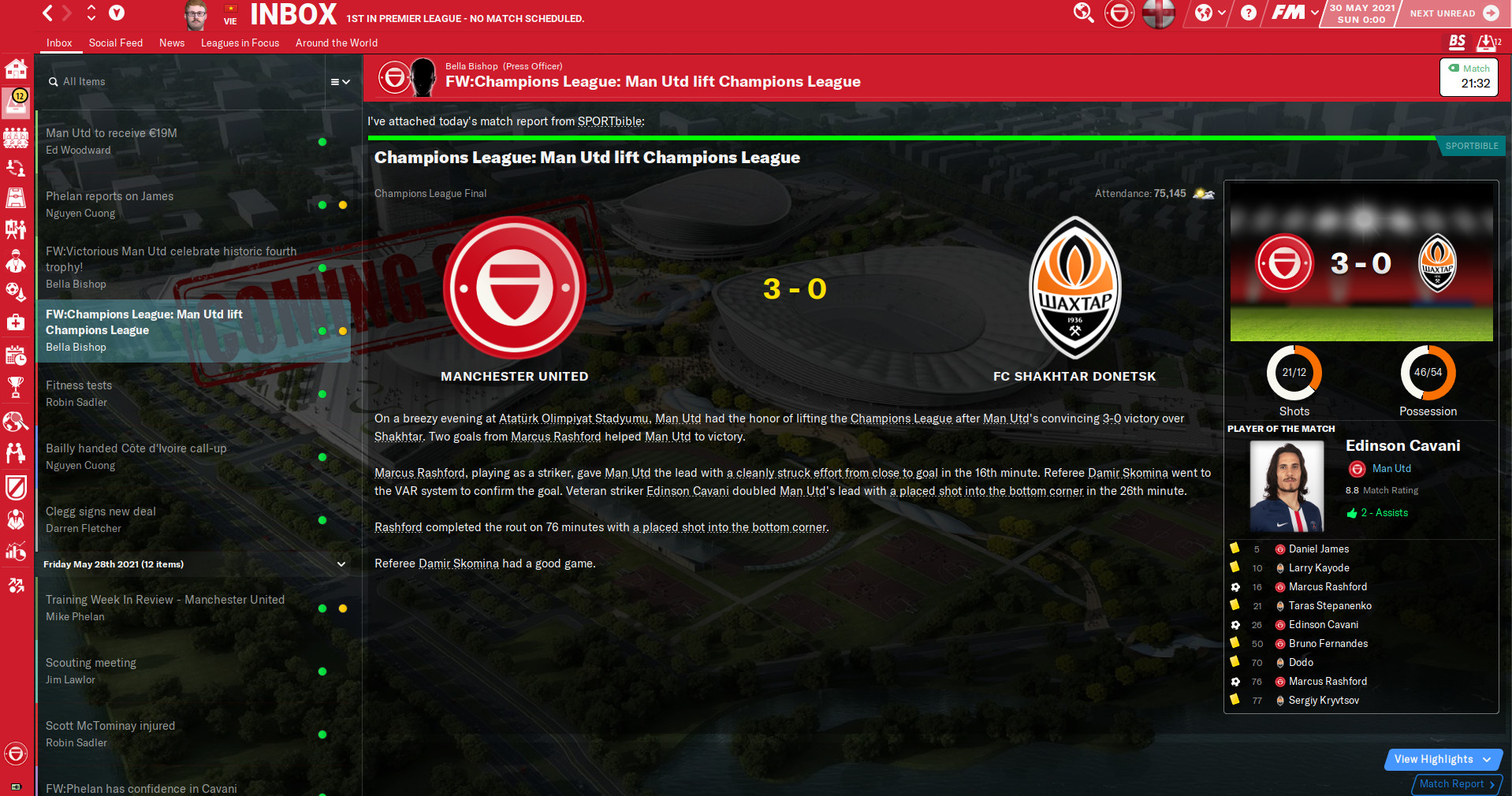 Hope you guys can give my tactics a try and discuss to make this tactics better.
Thank you.