Download
Overview History Discussion
The idea of this tactic in its simplest form is to keep the ball in the oppositions third for as long as possible. I want to control the ball and ultimately the game. Football in its purest form is about scoring goals. This tactic looks to do that by playing patiently moving the ball around in the final 3rd waiting for defensive mistakes for openings to score. Keeping the ball high up the pitch has the added bonus of defensive security as the ball is far away from your goal.

The formation is considered a 4-1-5 however you can see it lines up more akin to a 2-3-4-1. The whole team has a responsibility to defend, though the front 5 defend with the highest intensity, with the defensive line retaining their shape to prevent a lot of gaps. I have tested the tactic with 3 teams from different leagues with positive results from each.

The team aims to control the ball, to do this the team will play a short and patient passing game, to help reinforce this dribble less is instructed. To help breakdown stubborn defences be more expressive is instructed.

To help the team play the patient passing game required counter-pressing is employed to win the ball as quick as possible either by a direct turnover or the opposition kicking it long or out of play. Once the ball is recovered the team will hold its shape and patiently build up another attack. 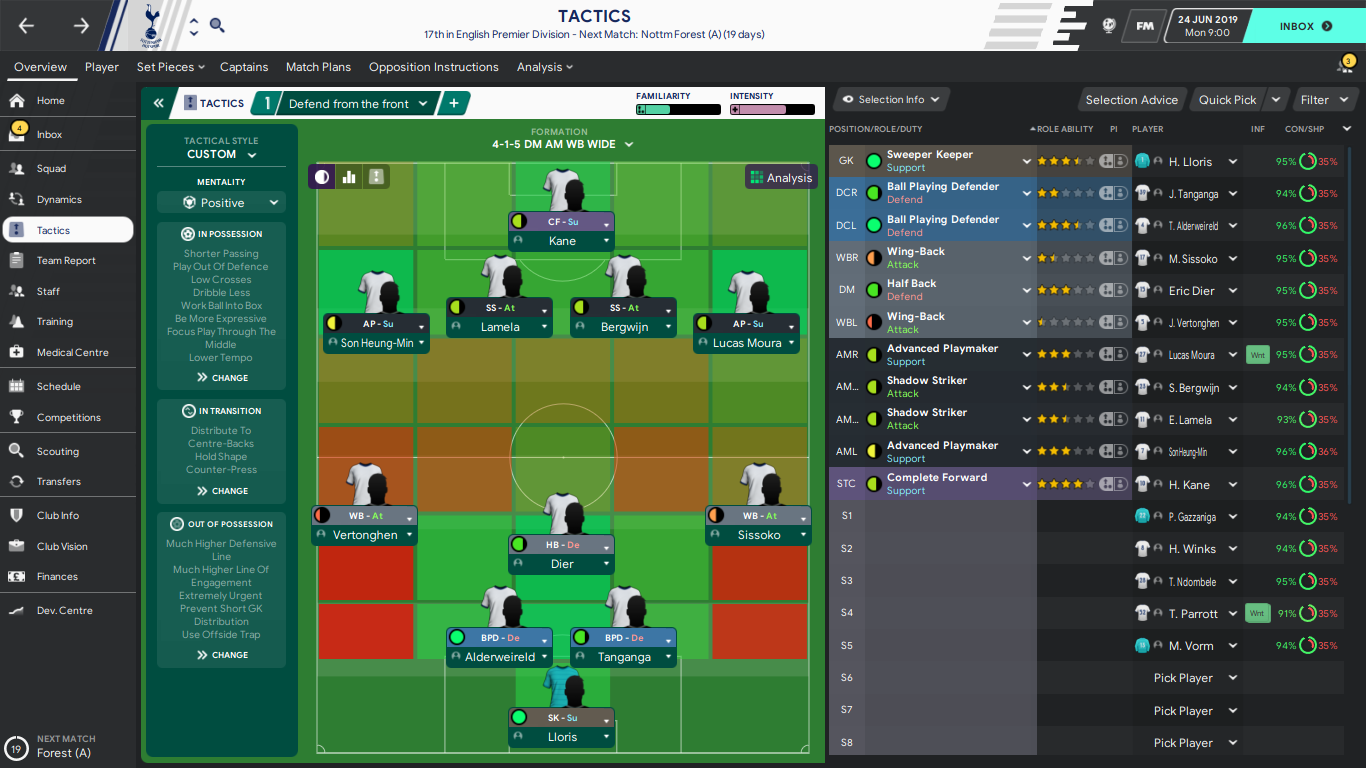 The graphic below gives a better illustration of how the team plays in-game, and how each player interacts with each other. It may look like there is a huge void in the centre of the pitch, however, this is not the case due to the high line and the short passing instruction, along with the individual role/instructions assigned. 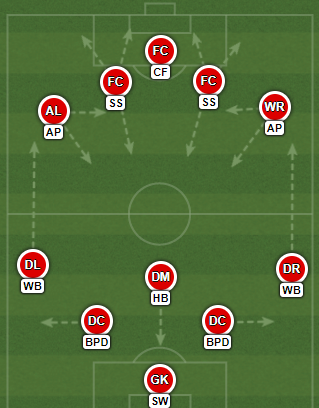 The GK is a sweeper he will look to initiate attacks from the back passing to the nearest open defender or going more direct if the option presents itself.

Two BPD will show for the ball playing short passes often to the halfback. They also have the option of bringing the ball out from the back or going wider to the wingbacks. When in possession they will split creating a triangle with the halfback ensuring a pass is always available. Both CB's have less intensity when pressing and stay wider instructions.

The halfback is the pivot point for the team, he will look to receive the ball before distributing it to the more advanced players. He will drop into the space between the CB's creating a back 3. He is the heartbeat of the team and will often have the most passes completed in the team and averages high in passes completed. Like the CB's he is instructed to press less.

Wingbacks are attacking looking to bomb forward. They will push the opponent's wide players back if the opposition doesn't have wingers they will create a 2v1 on the fullbacks. Even though they are on attack they still contribute in the defensive essentially creating a front 7 in attack and a back 5 in defence. Instructions are stay wider, shoot less, simple passes and cross from the byline.

The wingers are not traditional wingers, they are the playmakers. They will come inside to leave space for the wingbacks and operate more centrally in the half-spaces. As a lot of teams play with a DM or 2 in some cases this helps to ensure the playmakers have space rather than being marked by the DM's. Instructions are sit narrower, Roam from position and dribble less.

The AMC's both operate as shadow strikers and will look to burst through the lines. The runs from deep help to create the space for the playmakers to operate in and play the killer balls. The shadow strikers are instructed to roam from position, move into channels and shoot less as this means they will look to retain possession if they are no clear shots on goal available. They are also instructed to man-mark both DM's or only one will man-mark in a single DM formation.

The striker operates as a complete forward, often he will be creating space for the shadow strikers to run-in behind. However, if teams operate with a high line he will look to run in behind. If you don't have a suitable CF you could replace them with a DLF, F9 or a TM. Instructions used are roam from position and tackle harder.

The results were pretty good with Napoli. The team only lost out on winning the league by goal difference. 74 goals were scored the 2nd best in the league, Possession was easily the highest in the league with 65% averaged over the season. 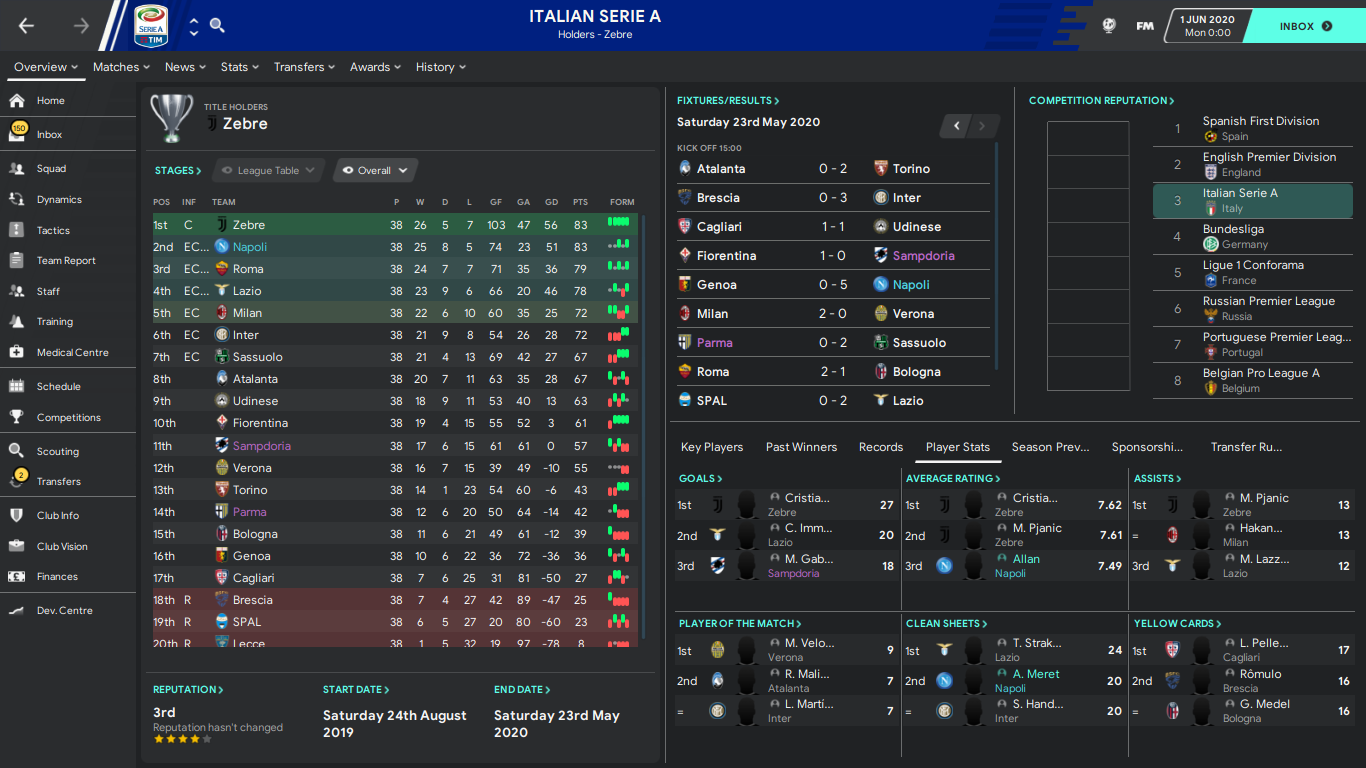 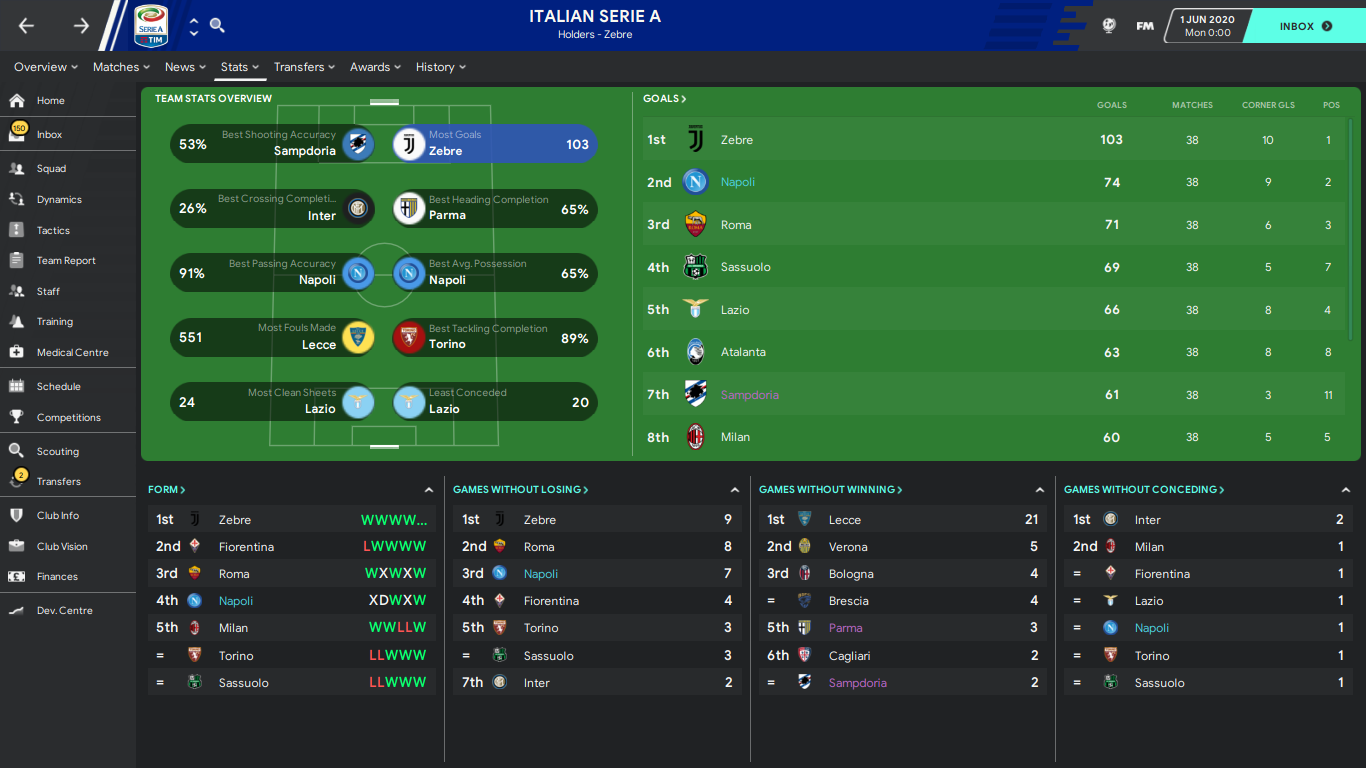 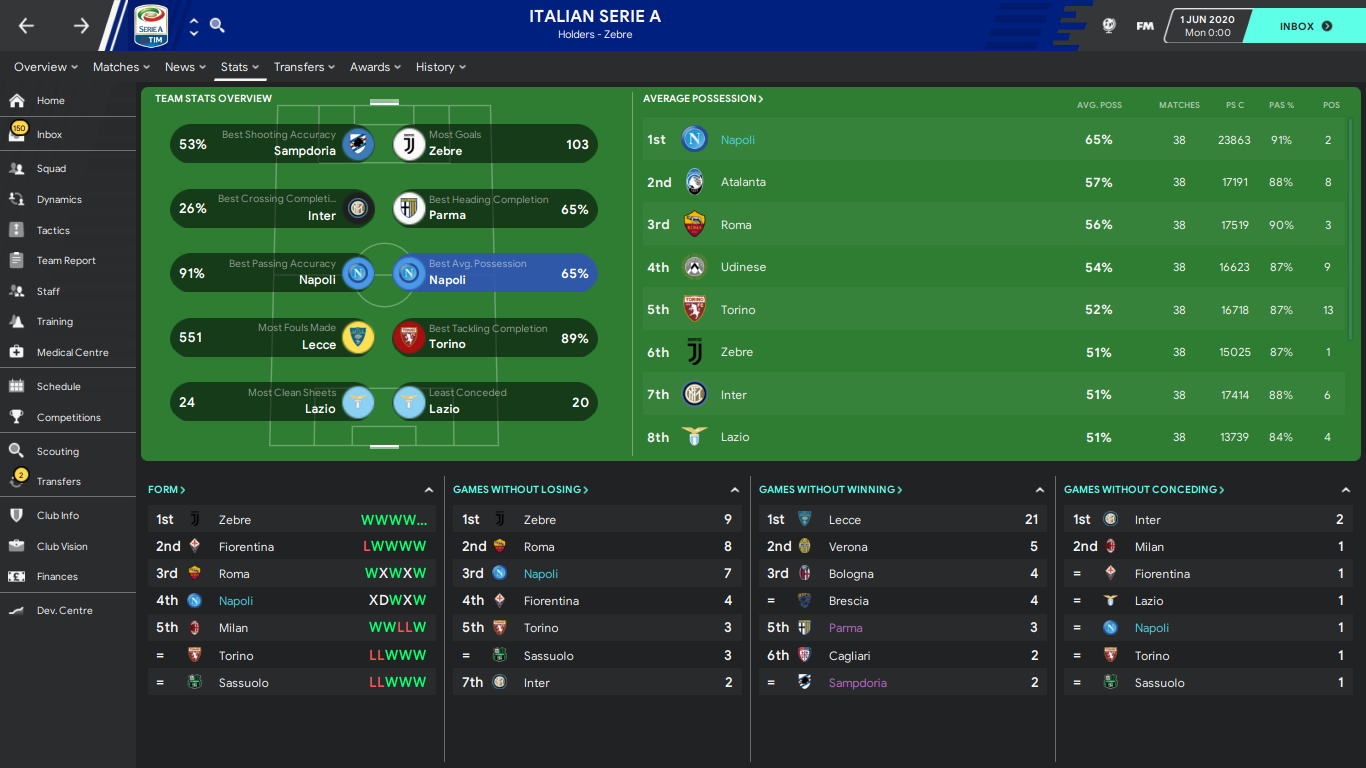 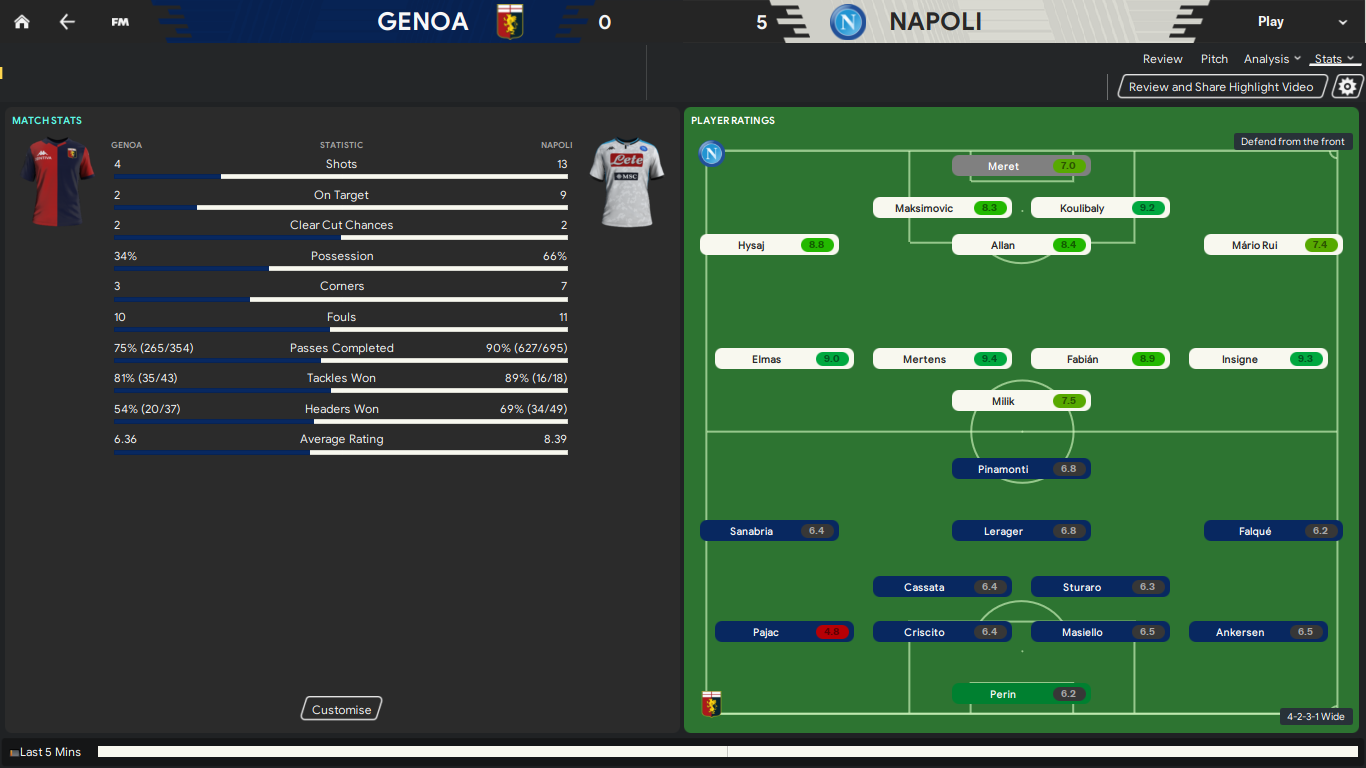 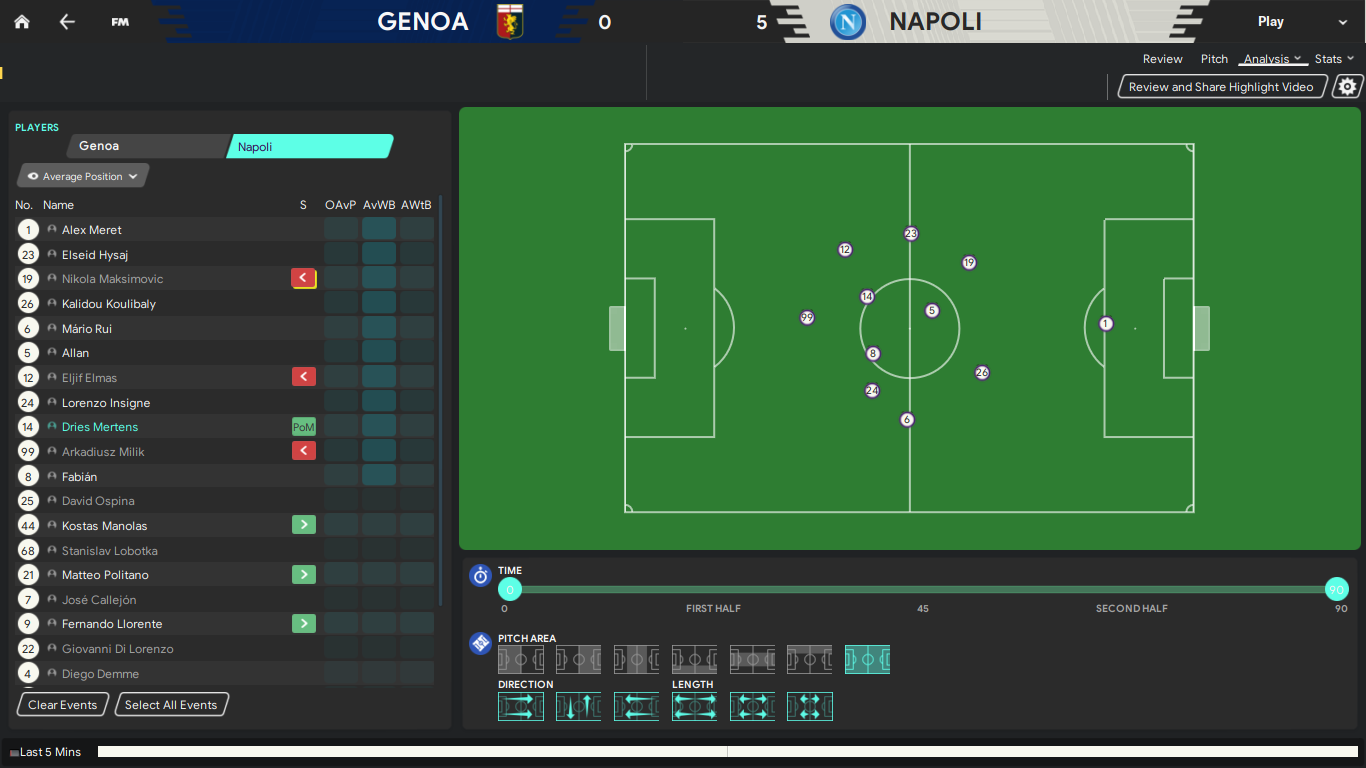 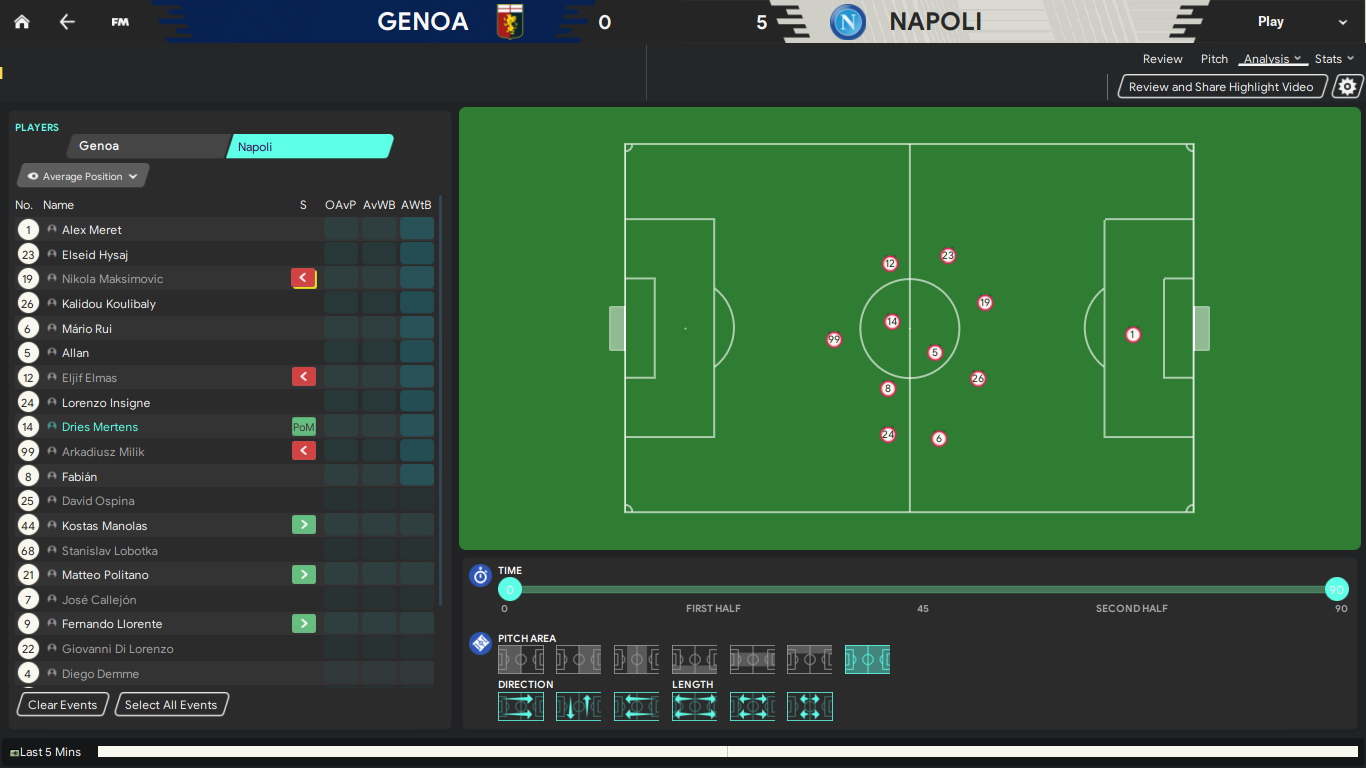 The results with Spurs were fantastic, the team managed to win the league this time goal difference working in my favour. Again the team comfortable had the best average possession % over the season at 63%. 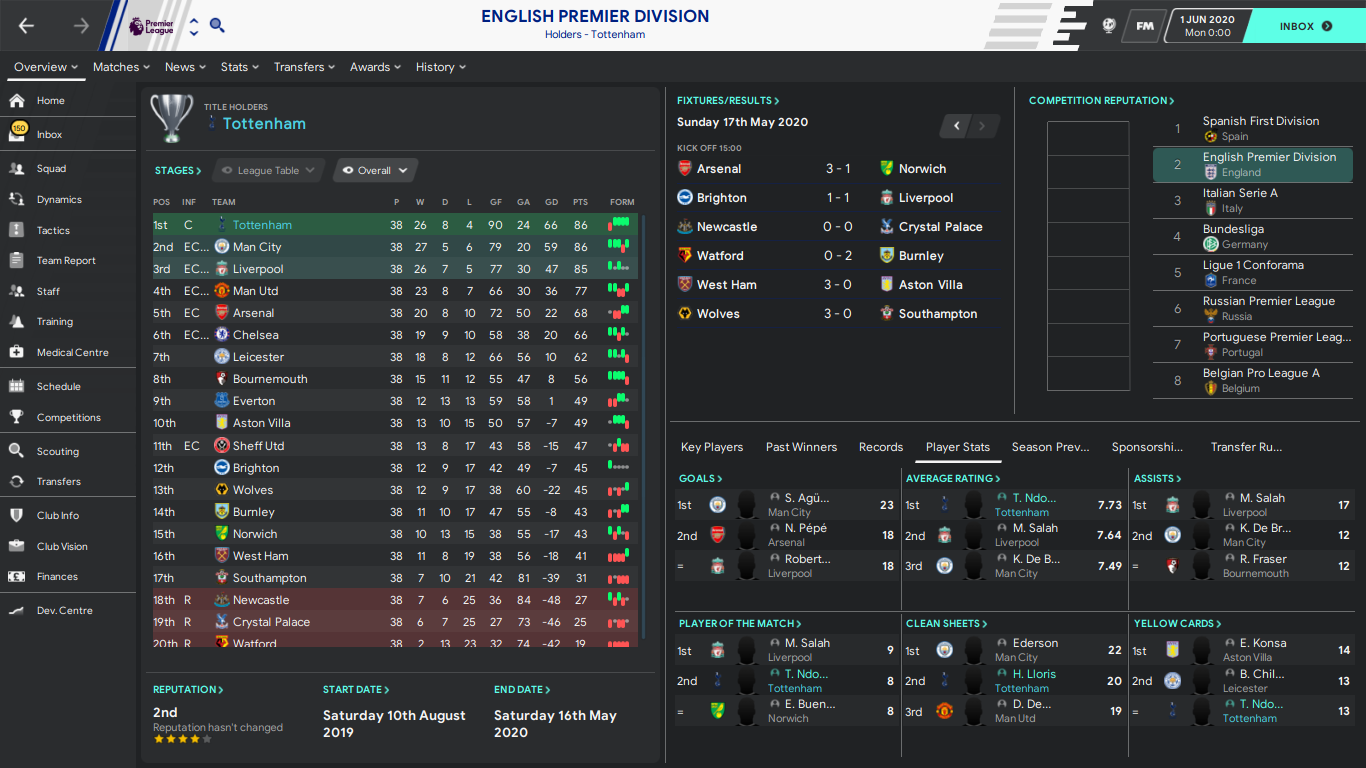 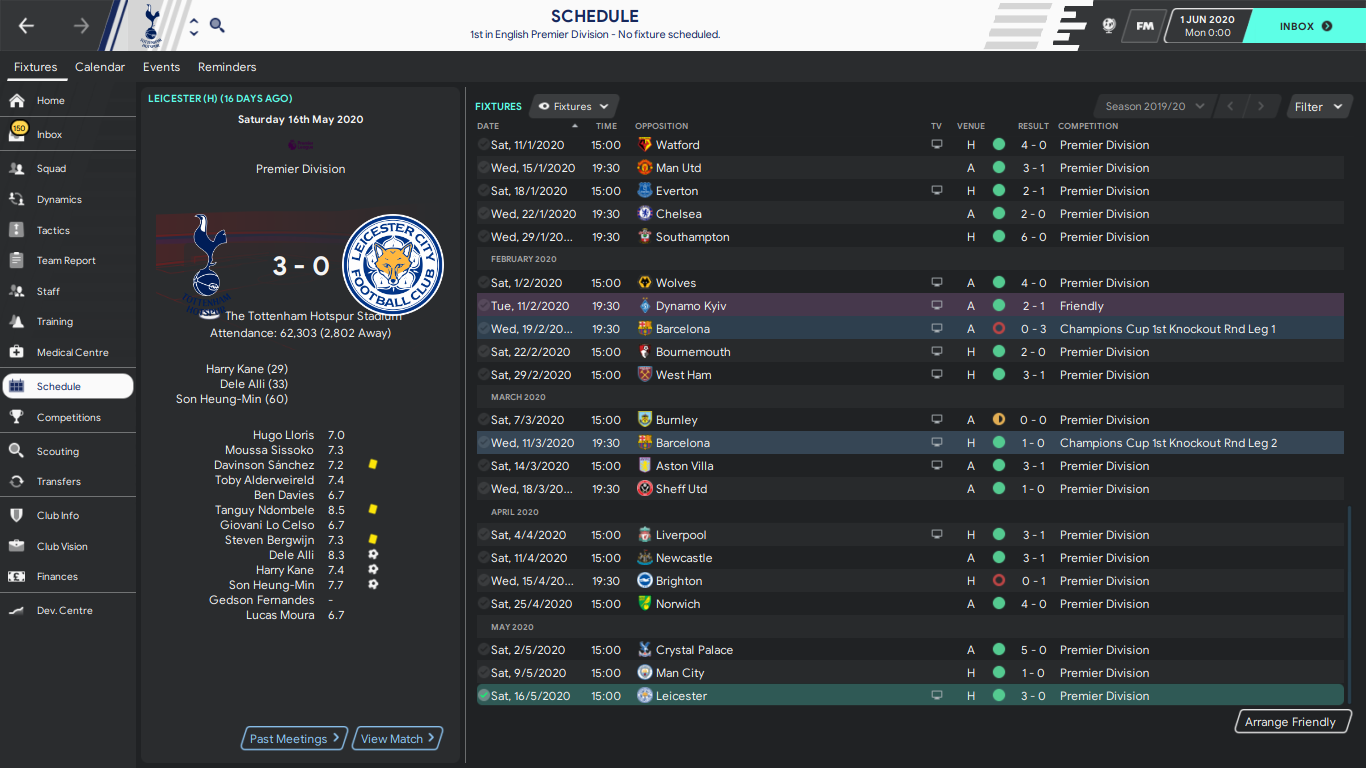 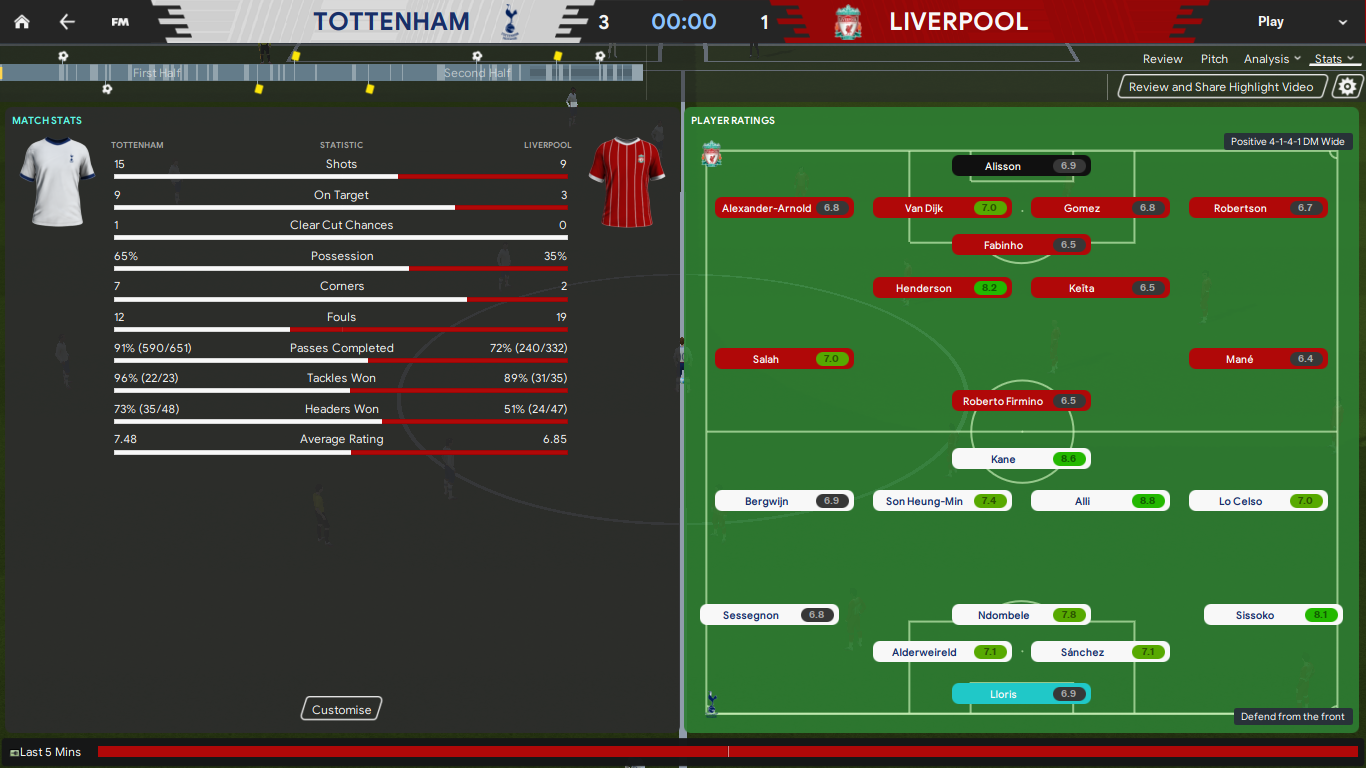 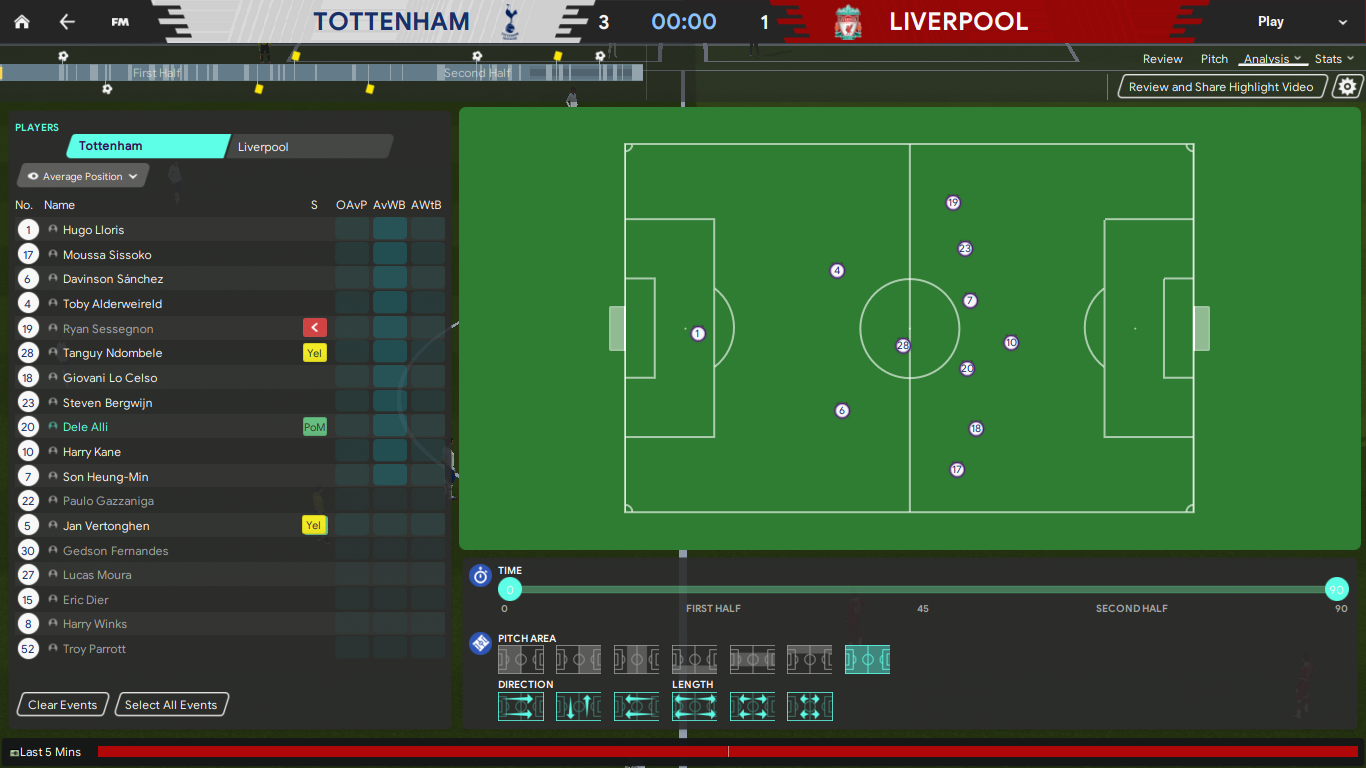 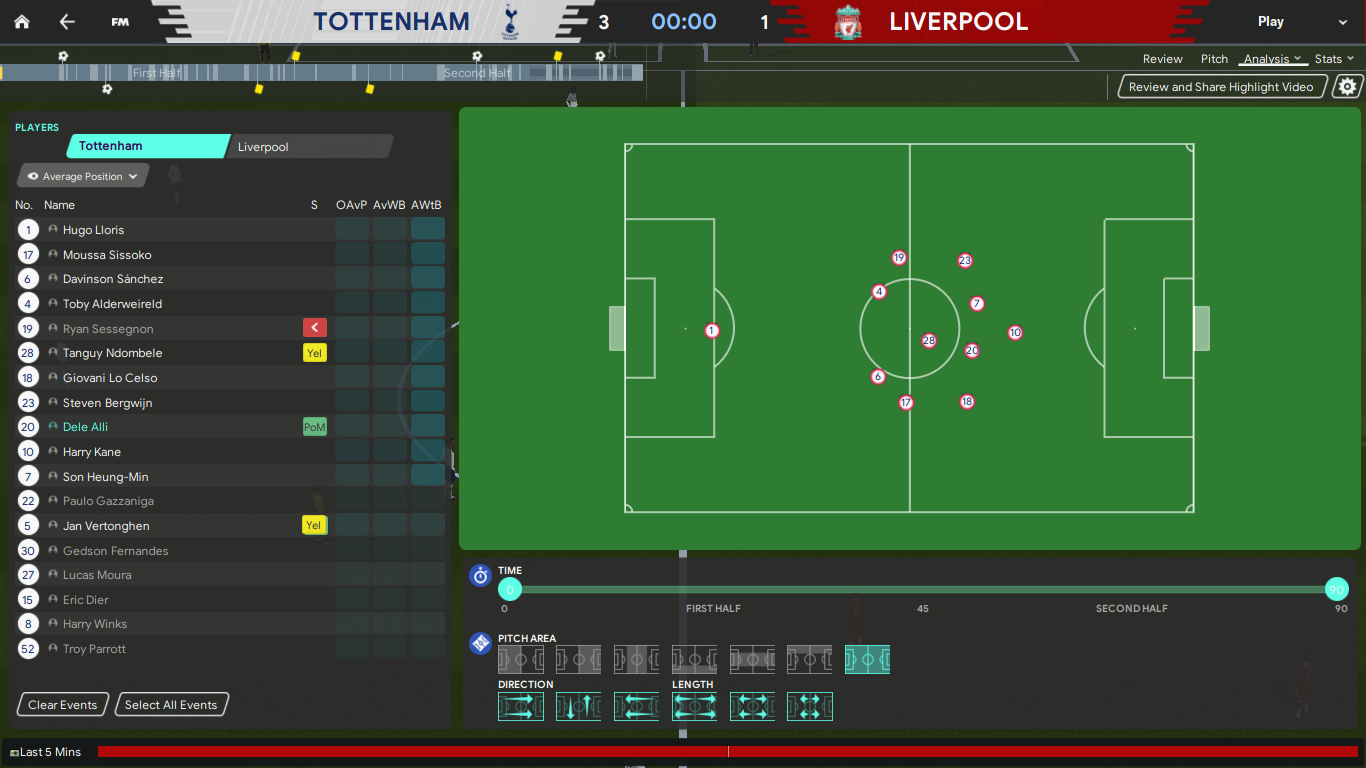 Perhaps the most impressive results were seen with Sociedad. The team managed to finish 3rd comfortably in La Liga, finishing ahead of the likes of Athletico Madrid and Valencia. A couple of standout results against Barcelona were achieved winning 5-0 and 5-2. 65% possession was achieved over the season with an average of 703 passes per game. 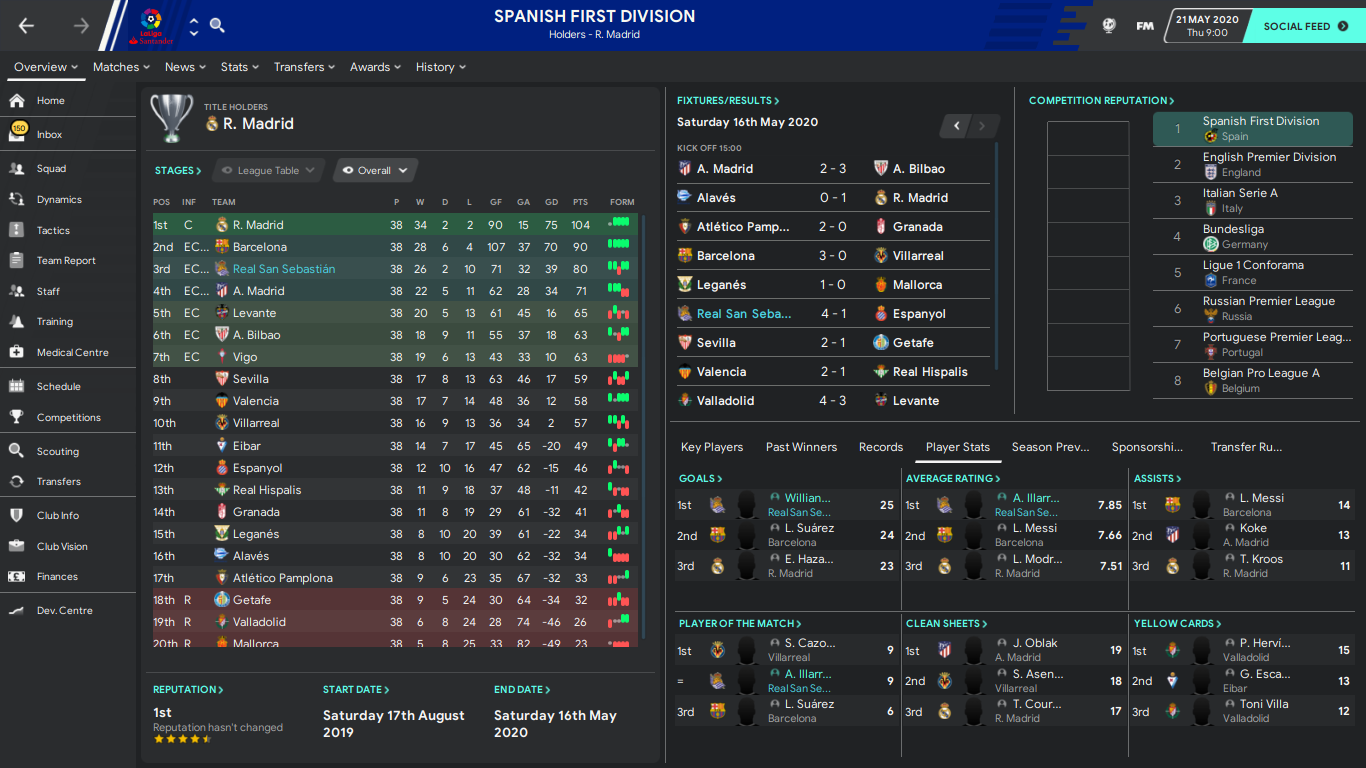 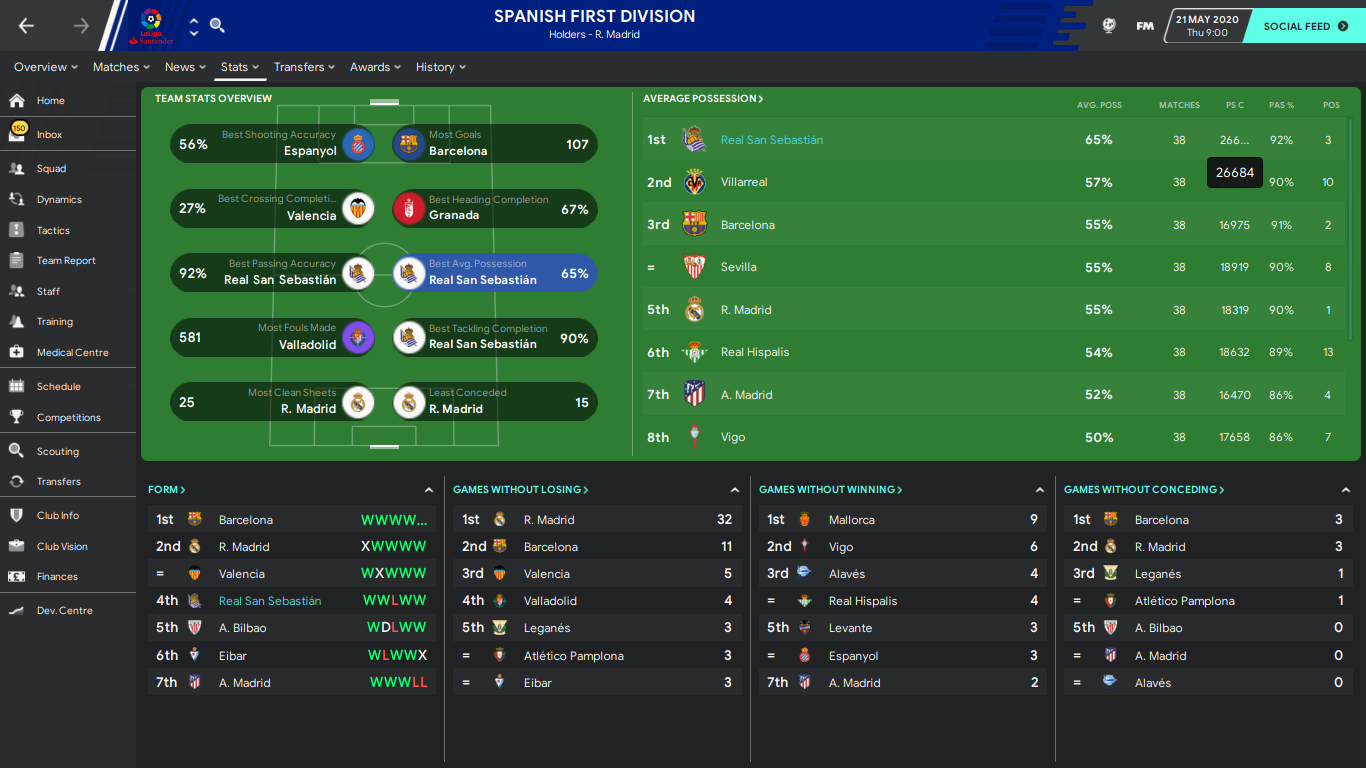 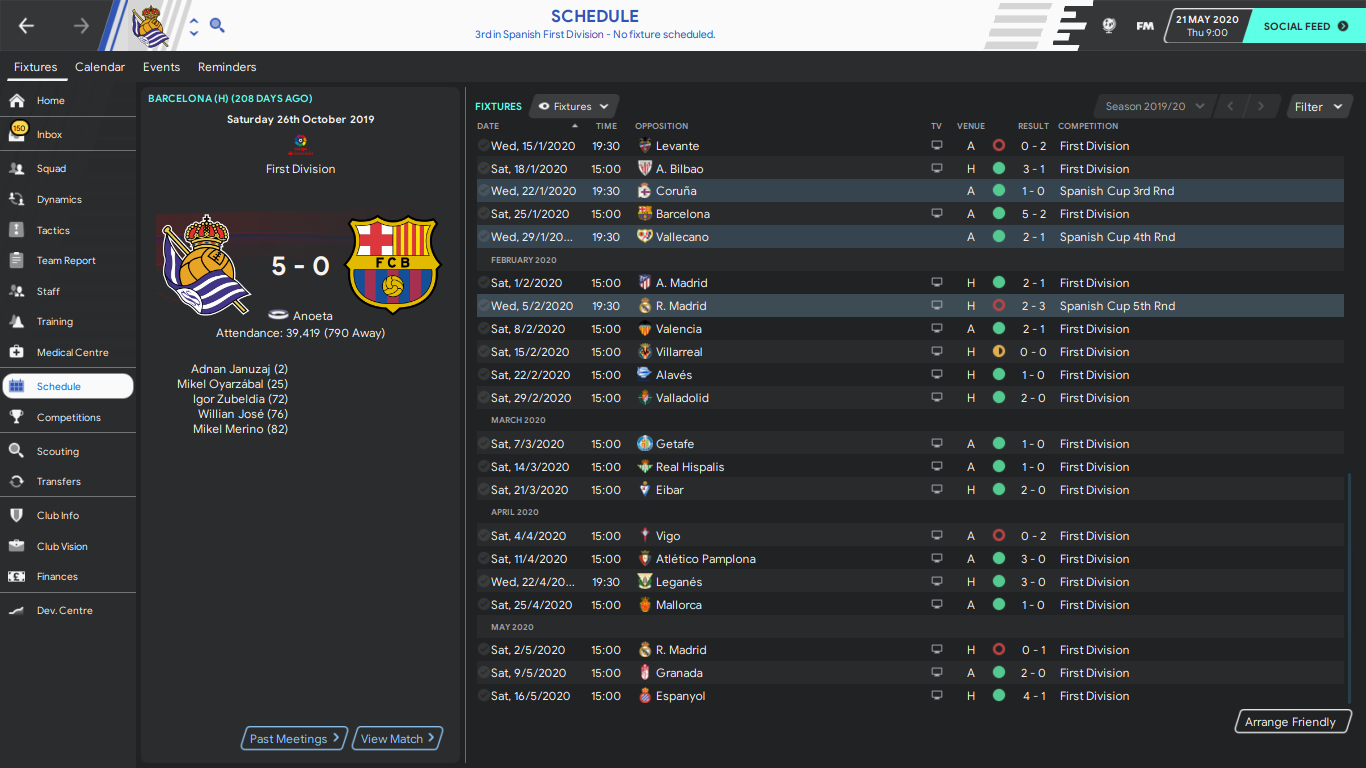 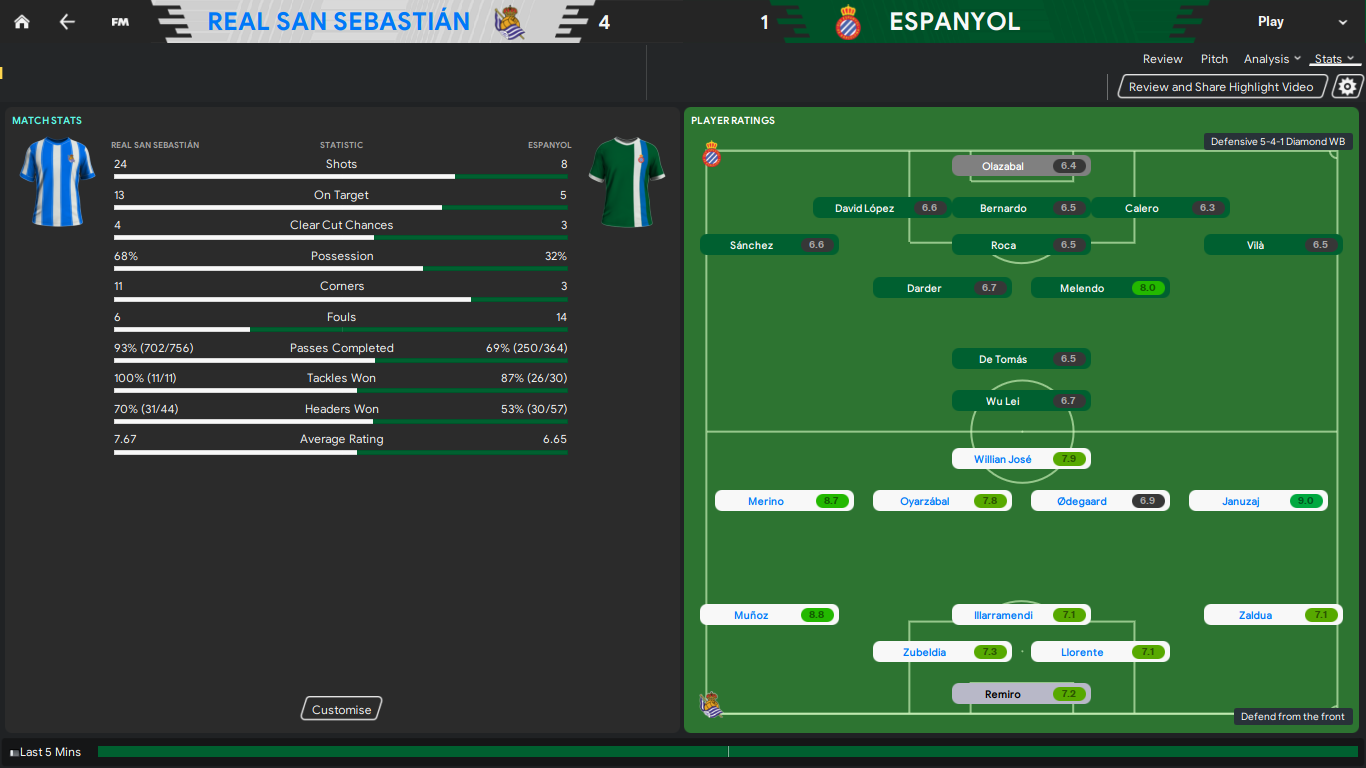 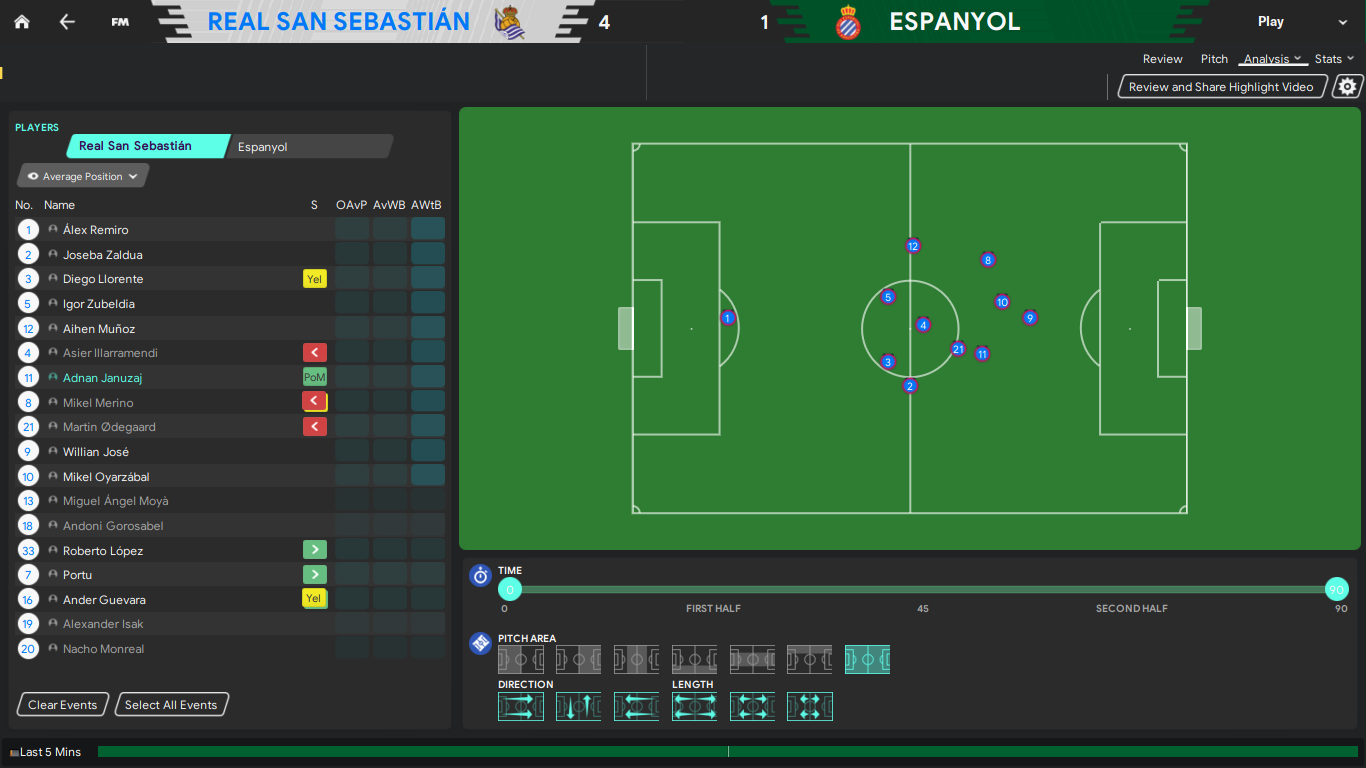