This tactic takes inspiration from some of the most revolutionary mangers of the modern game. I have taken aspects of their philosophies and principles and moulded them into an image of how I like teams to play,

It’s no surprise that these great coaches and managers have also influenced one another when creating their own philosophies and principles of play. One can trace this lineage back to Rinus Michels who on paper people might discount as a great manager even though he won 13 trophies but this is dwarfed by modern coaches such as Sir Alex Ferguson, Jose Mourinho and Pep Guardiola.

However, to define greatness is complex and there’s no question that Rinus Michels changed the game. He was a firm believer in total football and his Dutch side are arguably the best side not to win a world cup. Rinus, however, was not the creator of total football which can be dated back to Jack Reynalds and the great Hungarian side of the ’50s who played with great fluidity and versatility.

Rinus built on these principles with his philosophy built around space, using versatile players who could interchange positions fluidly combining to create and exploit spaces, the result was breathtaking as his Ajax team overwhelmed opponents.

Seeing football as a contest of versatile players using space in a fluid system, Michels’ could look beyond traditional concepts like defence and attack. Meaning he could pioneer to the like that had never been seen before with his tactical innovations re-defining football.

Perfected by Michels and followed by his apprentice Cruyff, TotalFootball became a synonym of beautiful football. The style was in direct contrast to that of catenaccio that focused on man-marking.

The concepts of TotalFootball are seen in the philosophies of Guardiola and Sacchi, whose Barcelona and AC Milan sides are the only teams to ever come close to matching Ajax’s blend of elegant, technically proficient, and winning football.


The formation pays homage to the total footballing dutch side of the 70’s being very fluid and positive on the ball. The shape is a 4-1-4-1-0 with the Trequartista playing deeper similar to the false 9 system used to great effect by Pep Guardiola. This also has the benefit of condensing the lines with the whole team being close together like Sacchi’s great Milan side. 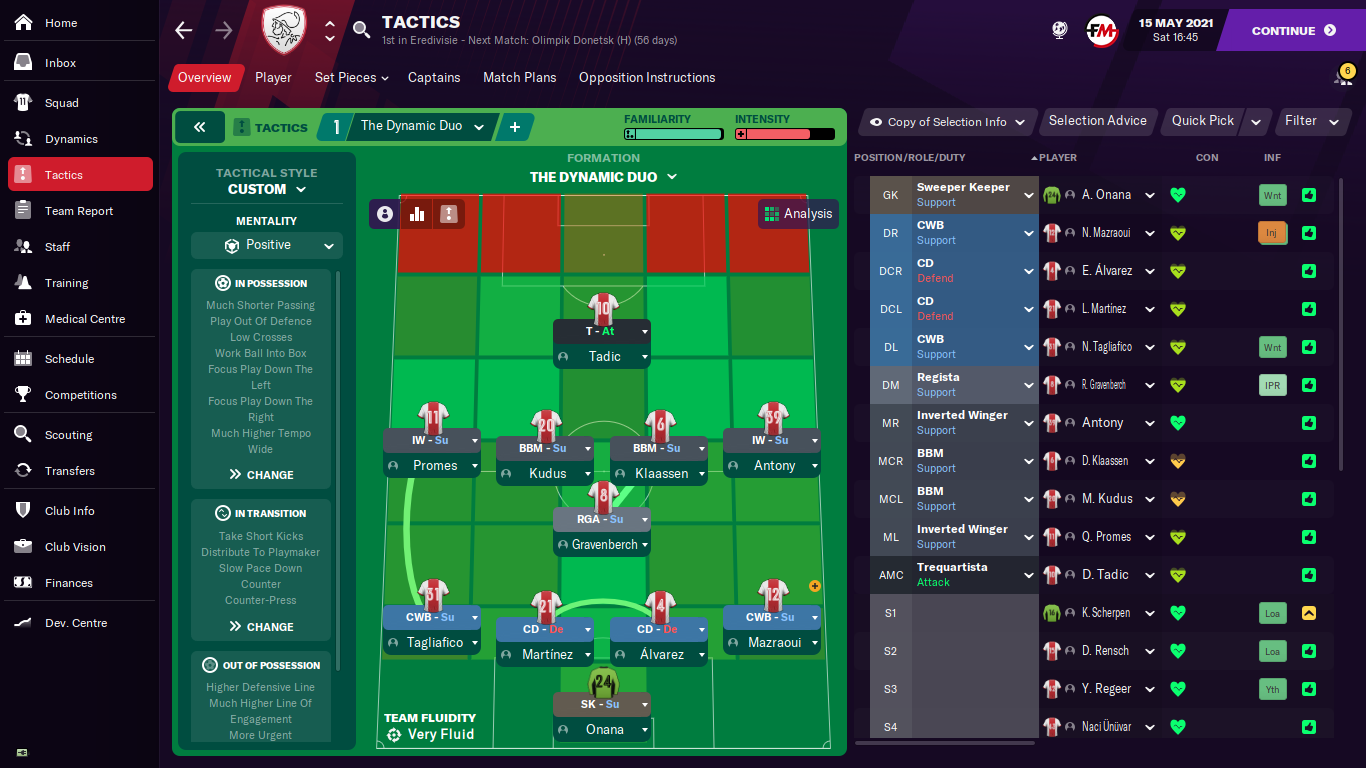 The team looks to stretch the pitch wide making it as big as possible creating more time and space for players to play in. The focus is to target these wider areas creating overloads and forcing the opponent to move more players across, opening the quick switch of play to exploit the spaces in the centre and on the far side of the pitch. This is similar to how Bielsa and Gasperini set up their teams to great effect. 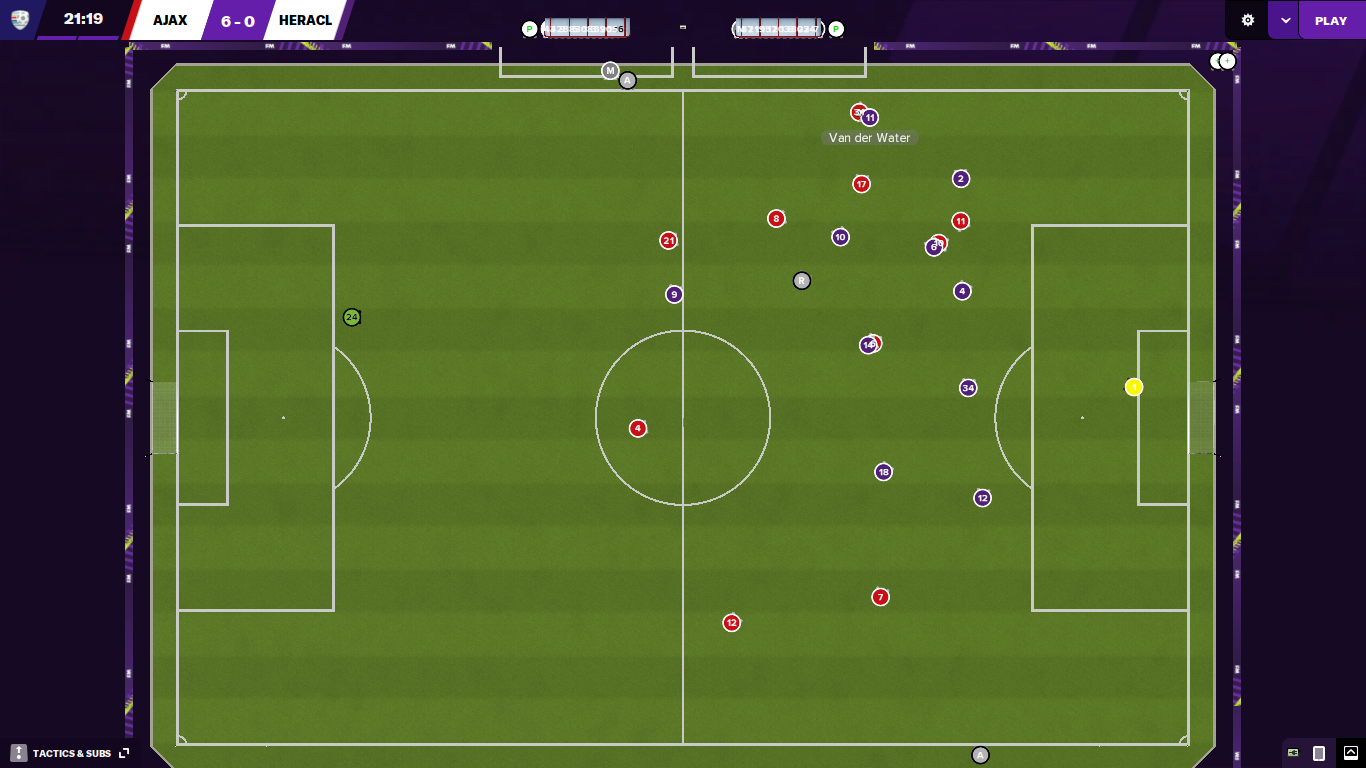 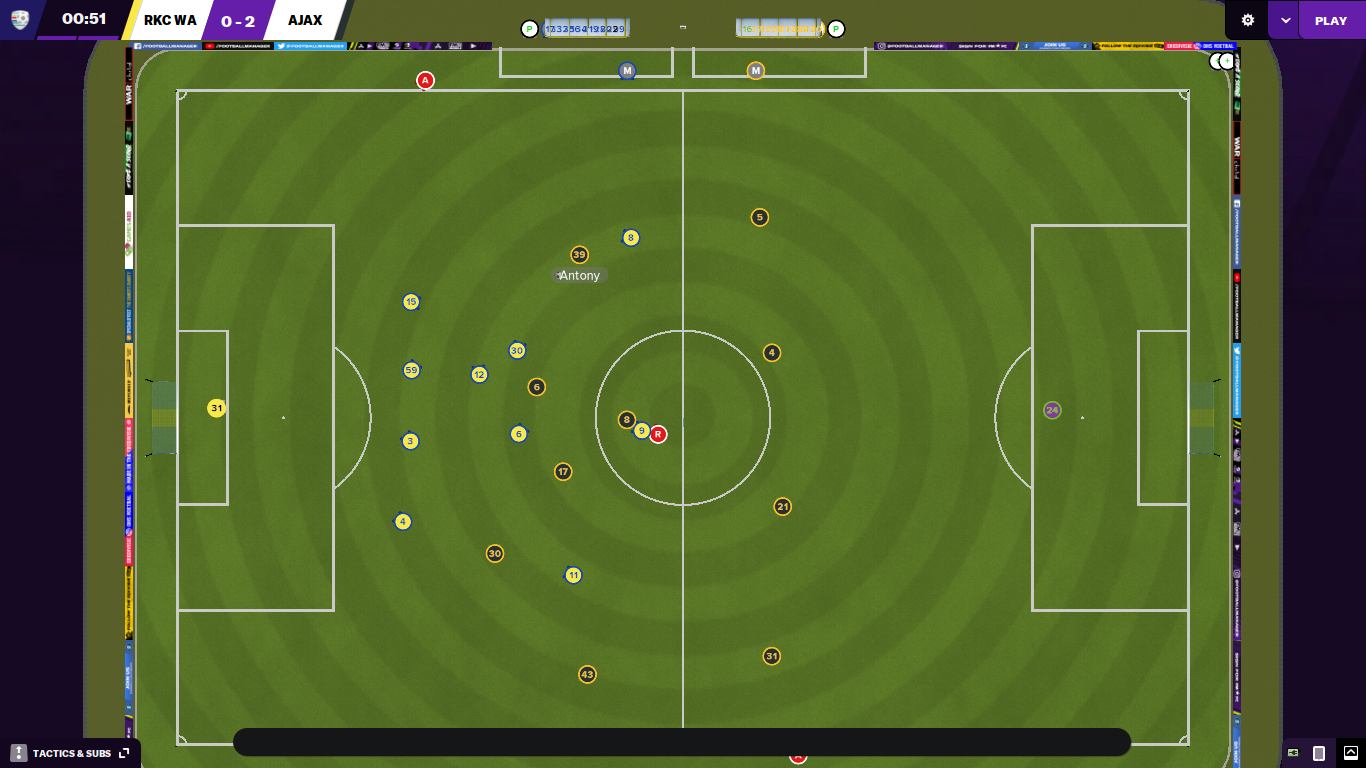 The system prioritises positional play rather than out and out possession, to create the one-touch football desired much shorter passing is used in conjunction with a much higher tempo, meaning players will be positive on the ball looking to move it quickly promoting pass and move football. 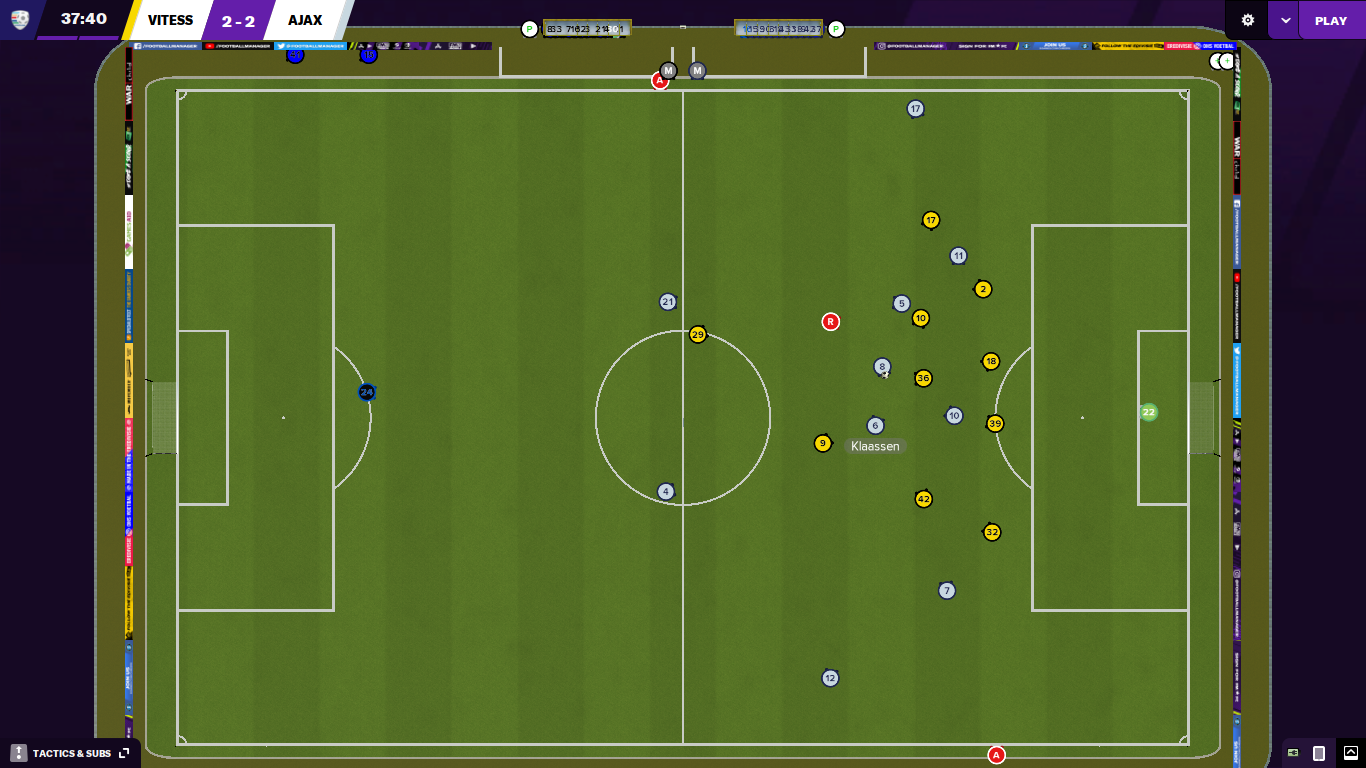 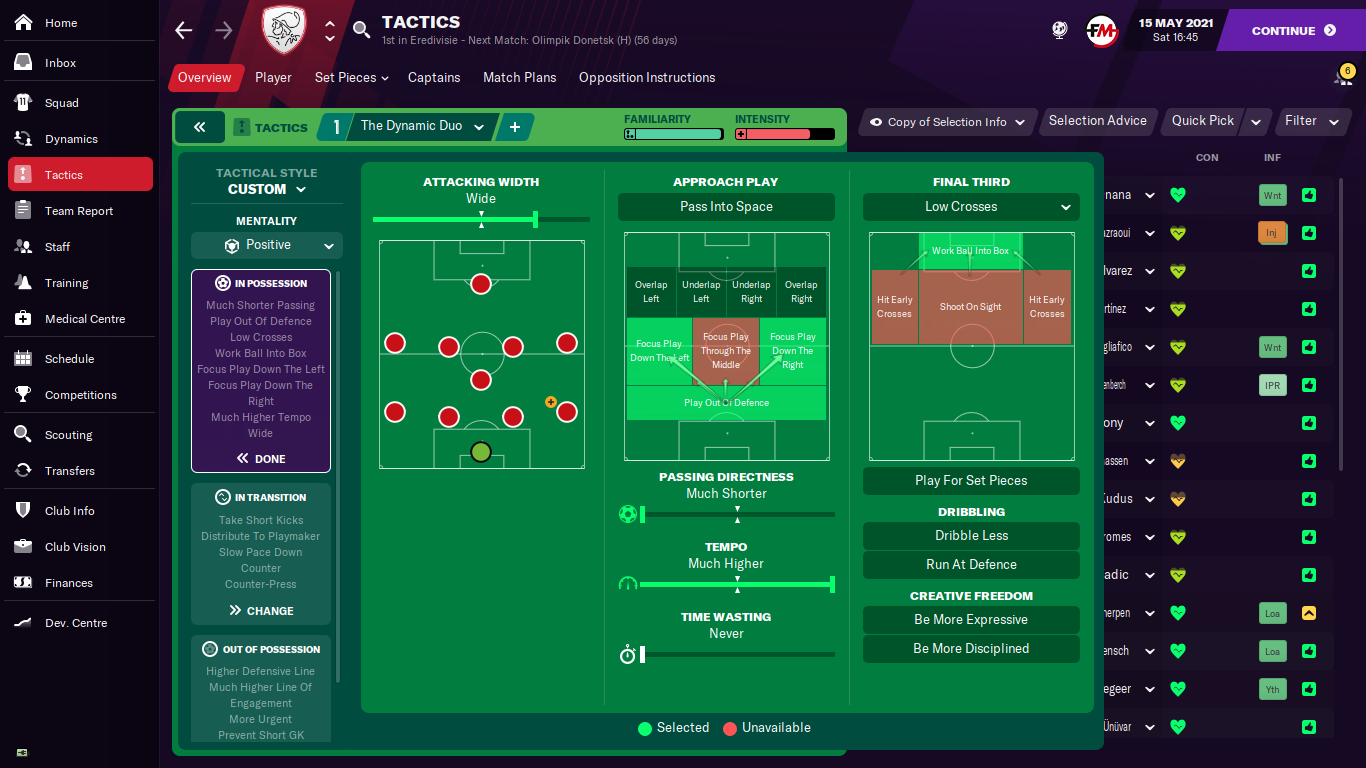 Implementing this style requires some key roles, the Regista is the first key player for the team. He is the team's primary creator always looking to get on the ball and driving the team forward from deep. The second key role is the Trequartista who is a mirror to that of the Regista, he will link play from higher up the pitch often dropping the ball off before arriving late into the box. The BBM’s form the diamond in the centre of the pitch which was at the heart of Cruyff's philosophy. 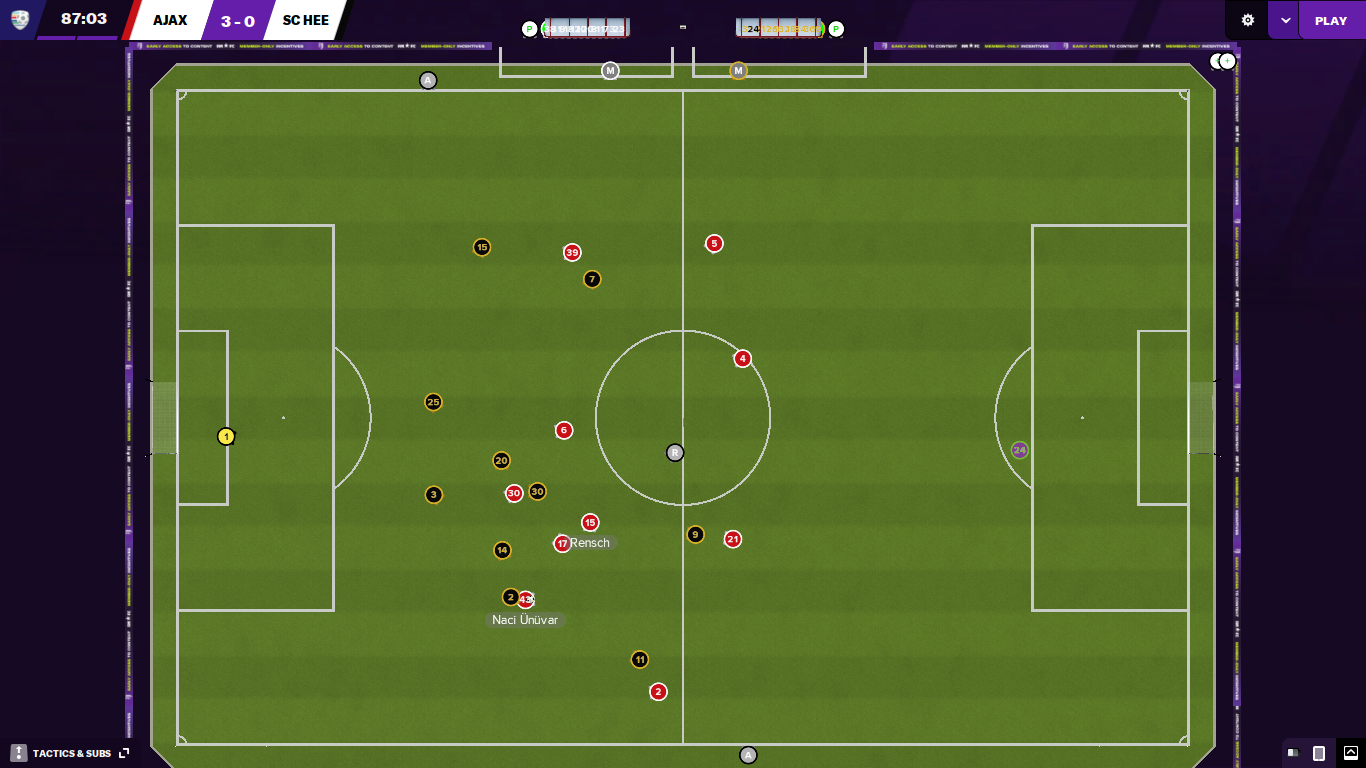 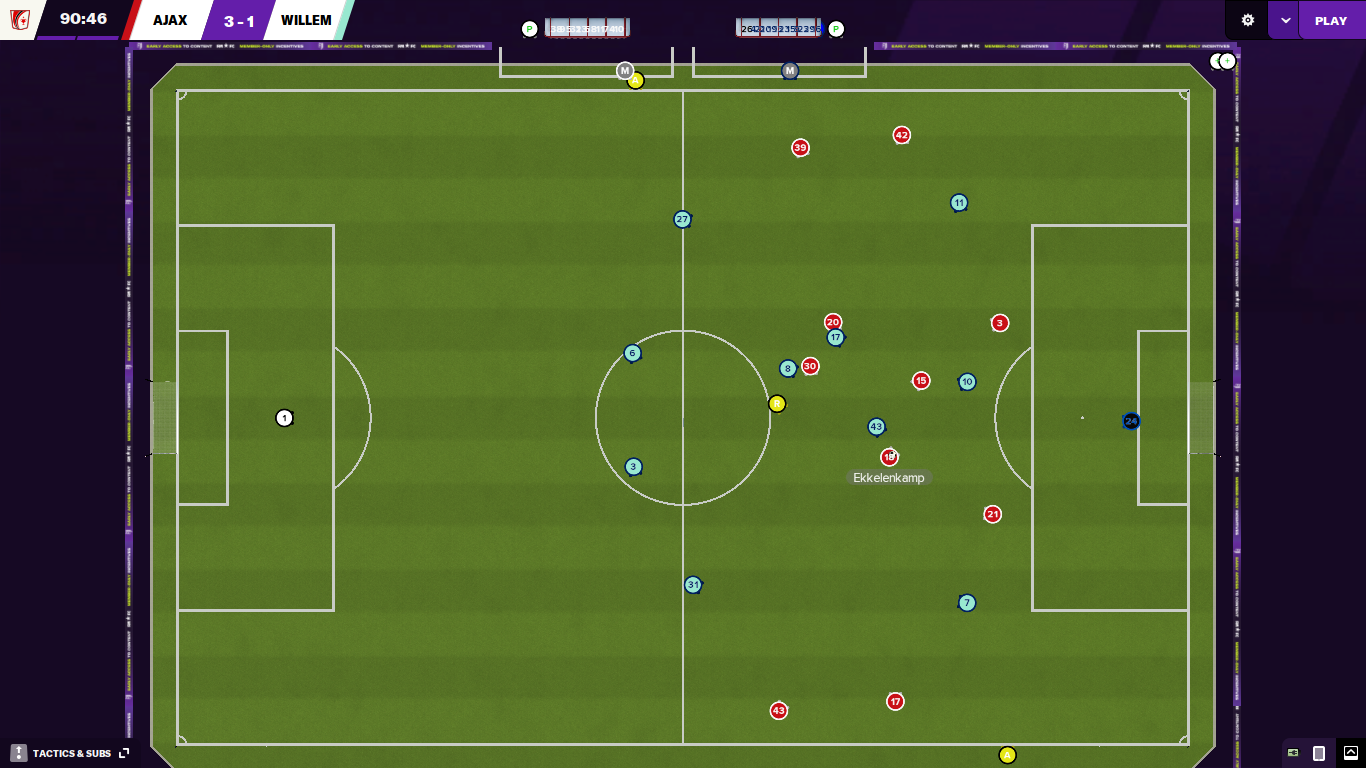 When the ball is lost, the team will look to win it back as quickly as possible; therefore, counter-press is selected. When the ball is won back the first thought is to counter to take advantage of space from the lack of organisation from the opponent's defence. The goalkeeper will look to play the ball into the Regista with short kicks, this forms a diamond along with the centrebacks. This allows the team to play around the opponent's press with players staggering the lines in midfield and wingbacks pushing high and wide. 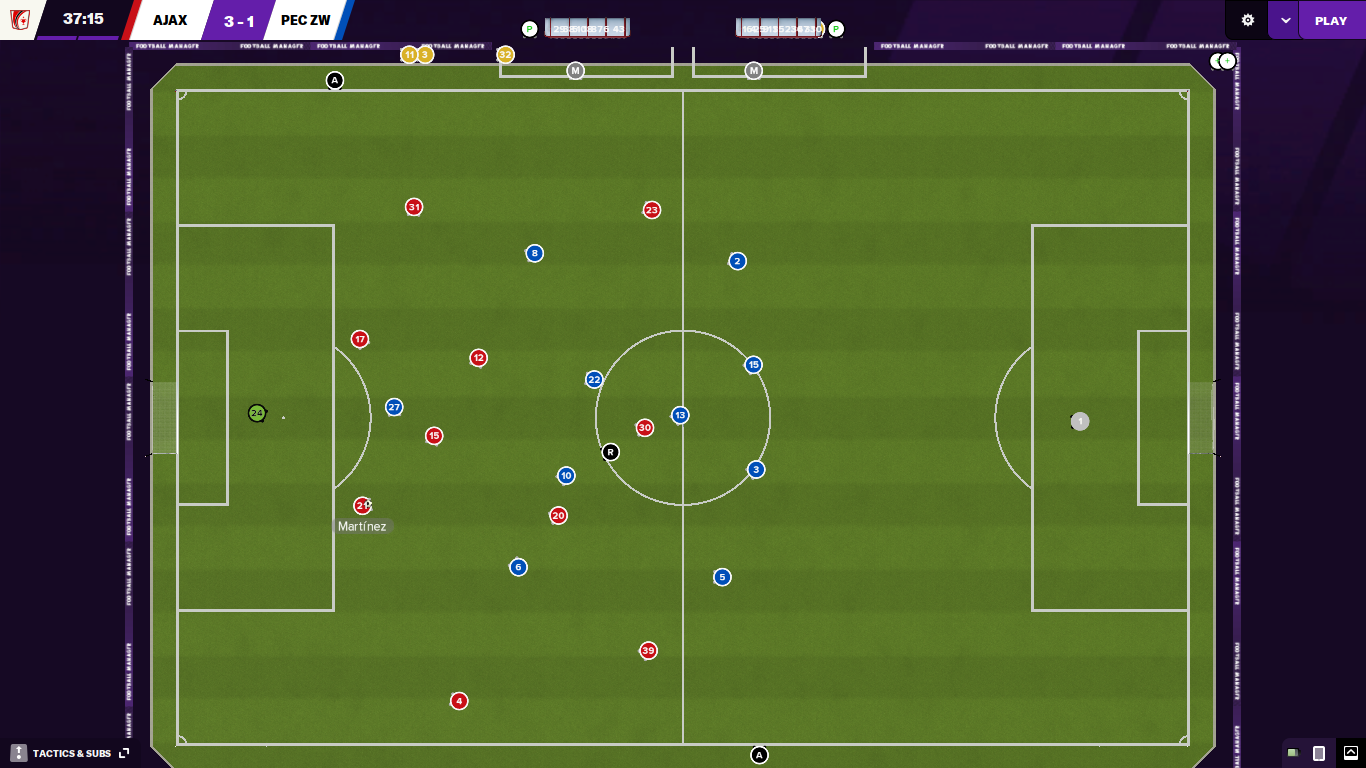 The team is all responsible for defending; a zonal system is used meaning once a player leaves a zone he is picked up by another player. This type of defending is useful as players each take responsibility for a certain zone rather than a direct opponent like a man-marking system. Total football concepts include making the pitch as small as possible for the opposition, this is done through the defence pushing up in a high line and using the offside trap amplifies the reduced space. To supplement the high defensive line a higher line of engagement is used to press and limit the time and space the opponent players have. Increasing the risk and chances of turnovers occurring. The more urgent press is used rather than an extreme press as this would pull players out of position opening up space and gaps for the opponent to play through. 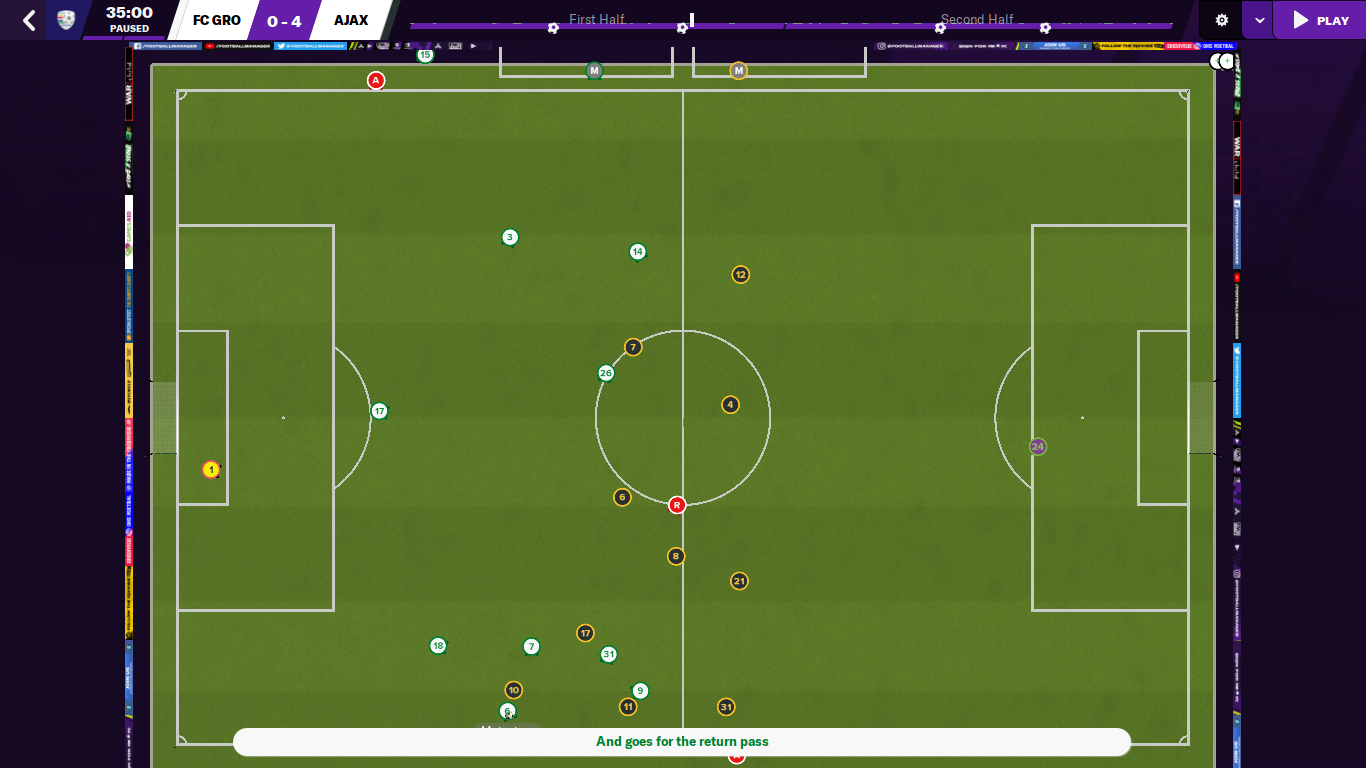 The team remains compact as per the principle of Sacchi who believed the lines should be no more than 25 metres apart. Making it extremely difficult for teams to play through his teams. The results were fantastic with some beautiful football on display. Goals were scored aplenty but the most impressive stat was only 9 goals conceded! 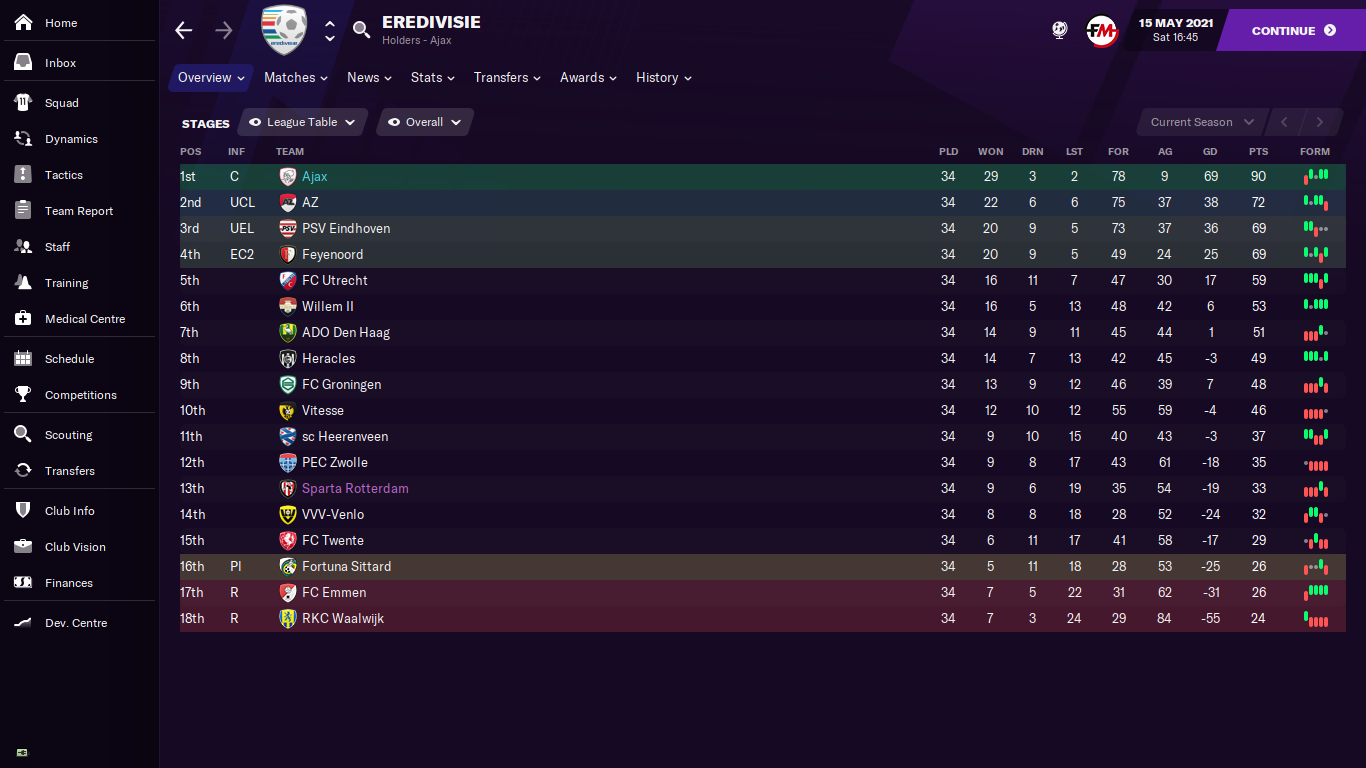