A 4-3-3 tactic I had a lot of success with. I tweaked it from this tactic made by ZaZ and tweaked by Will1981.

• Added 'Pass Into Space' to the team instructions. I saw more creativity with this instruction.

• Added 'Cross From Byline' and 'Get Further Forward' instructions to Wingers. This change made them more threatening while attacking.

• Removed 'Cross From Byline' and 'Get Further Forward' instructions from Wingers. I did some more testing and realized that when the Inverted Wing Backs cut in and get into the box, flanks are exposed to counter attacks and I think Wingers should stay a bit deeper and wider to protect the flanks and stretch the opposition defense. 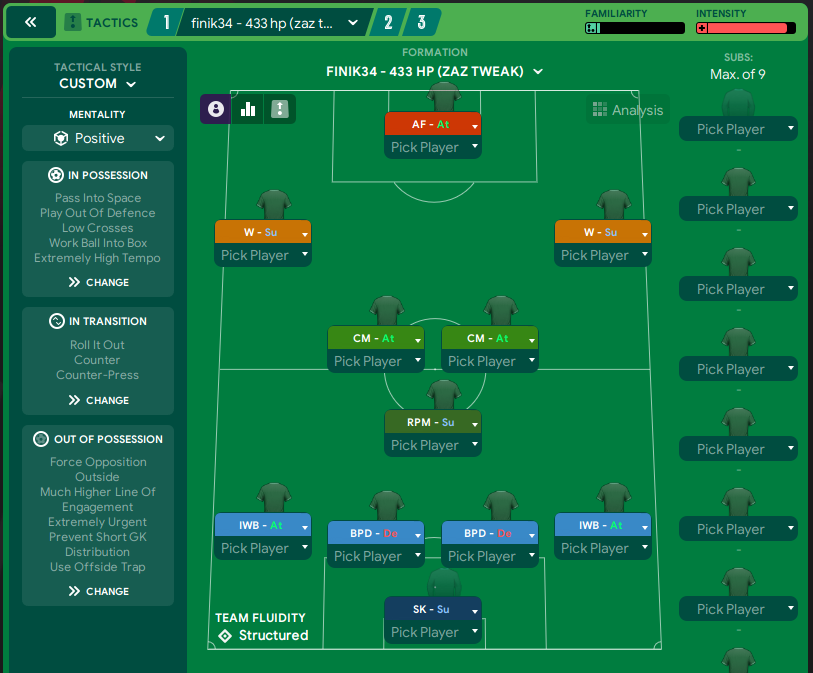