Last season, RB Leipzig’s attack was one of the most impressive in Europe. However, this season without Timo Werner, they’ve gone the other way to have one of the best defenses in Europe instead. Nagelsmann’s side have conceded just eighteen goals in twenty-one games – the best defensive record in the Bundesliga. In fact, very few sides in Europe’s top five leagues have conceded fewer than Leipzig (PSG, Lille, Atletico, and Man City). Led by a back-three structure in most of their matches this season, Die Roten Bullen have made very few individual mistakes in the league and looks like a very sound, compact unit. Dayot Upamecano, Willi Orban, and Marcel Halstenberg are usually three of the key men in the back-line, and all are excellent both in and out of possession. But in the 3-1-4-2 or 3-4-2-1 formations, they have a few key midfield men who can also help to break up play and stop attacking transitions from developing. This allows the wing-backs, most dominantly Angelino on the left, to maintain a high position, knowing that the likes of Kampl and Adams have the mobility to cover in behind. In fact, Angelino’s average position is often the highest in his team, and so the midfielders become crucial to covering that space in behind and helping the Spaniard recover his position or press when the ball is turned over. Only Bayern Munich have managed to keep the ball out of their own third more than Leipzig this season, which is both a feature of their defensive stability and high pressing methodology.


PRESSING FROM THE FRONT

Leipzig’s lack of goals conceded is also helped by their intense high pressing system. Nagelsmann’s side press in a diamond shape, with the front-men particularly crucial to kick-starting that process. Rather than forcing their opponents back towards their own goal, they like to pressure their opponents into wide areas. This is where the wing-backs and central midfielders are often ready to outnumber the opposition, looking to cut off passing lanes and restart the attack. In the 3-1-4-2 it becomes very simple to achieve this, as several players are able to pop up central areas and stop penetration through the middle of the pitch. The 4-2-2-2 system offered Nagelsmann similar advantages last season, and the starting positions of their players during goal kicks and when playing in a 3-1-4-2, it doesn’t change all that much. The fullbacks have relatively more freedom to start higher up. Between the two formations (3 at-the-back and 4-2-2-2), there is actually a surprisingly low amount of changes needed to the team’s pressing structure.

In terms of specifics into how the team press, Leipzig will shift and slide with the play as a unit and attempt to create a defensive overload on the side of the pitch with the ball. If for example, the ball was on the right side, you would expect the near-sided striker, wing-back, and both central midfielders to create a diamond, cutting off all potential passing options. They attempt to swarm around the opposition like a pack of bees, ready to sting and punch with any loose touches or bad passes. Last season, Nagelsmann would often switch to a 3-4-1-2 when he wanted to stop a talented number six from playing out from the back. In either Leipzig’s 3-4-2-1 or 3-1-4-2 formations, the exact player tasked with stopping that number six may be less clearly defined and become a shared responsibility, rather than a lone attacking midfielder being tasked with the demand. It is also important to note that with usually only one striker actively involved in the pressing diamond and the other remaining high and central, the Red Bulls can have a quick attacking outlet should they win possession of the ball. When they inevitably win the ball, Leipzig look for the quickest route to goal through one-touch passing and attempting to link up with Yussuf Poulsen in particular due to his aerial threat, capable hold-up play, and high position on the field. As a result, their intense pressing structure is an effective method for Leipzig to keep hold of the ball, stop the opposition from getting anywhere near their goal, and also score goals. 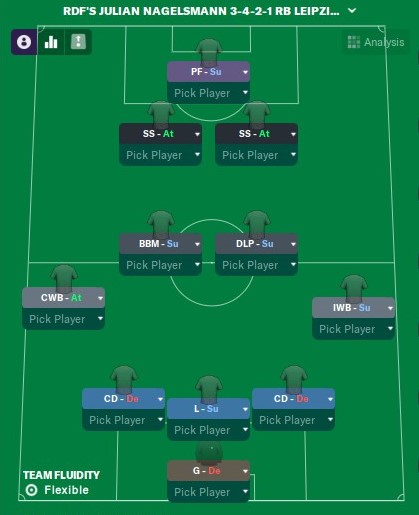 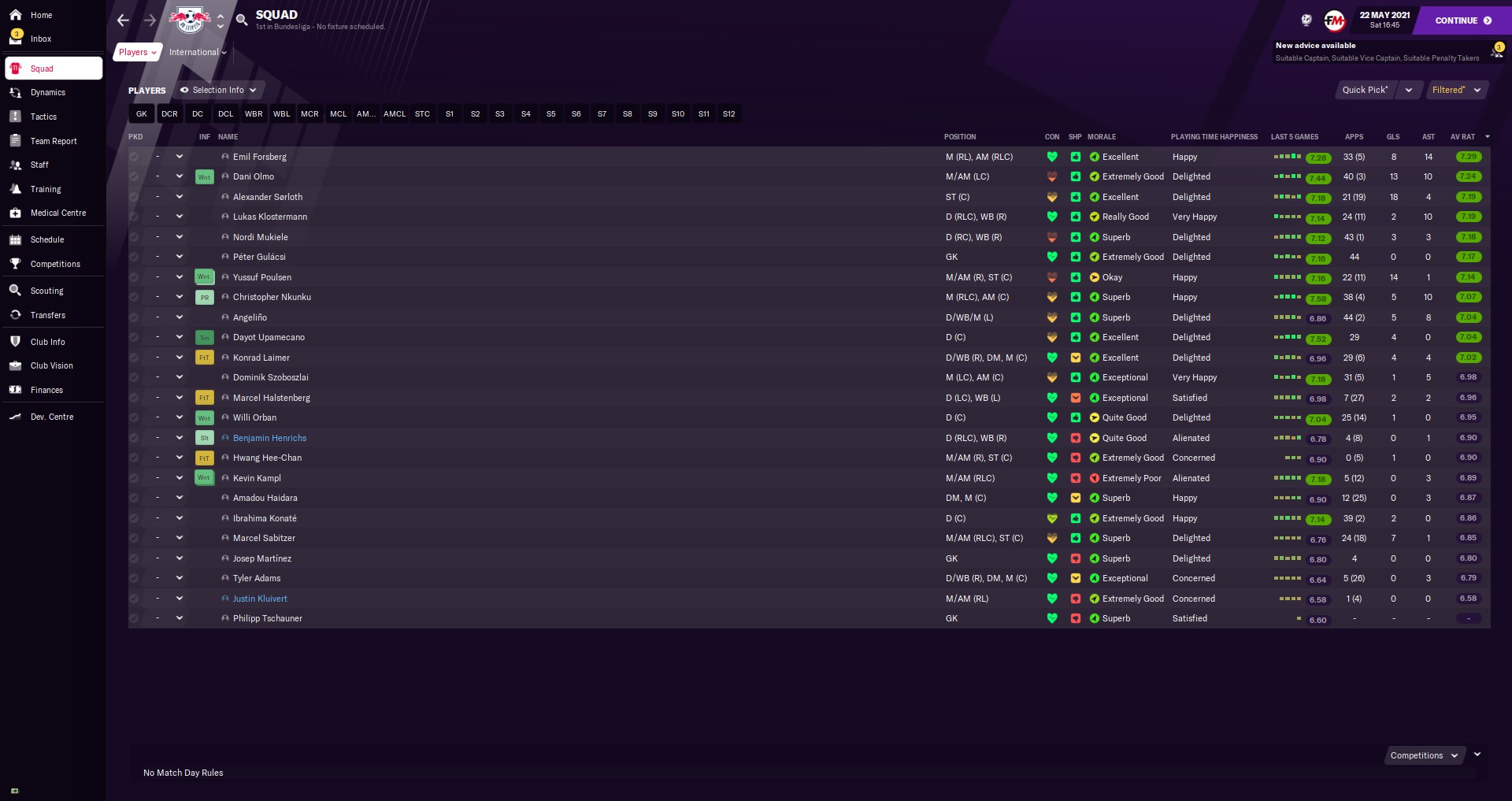 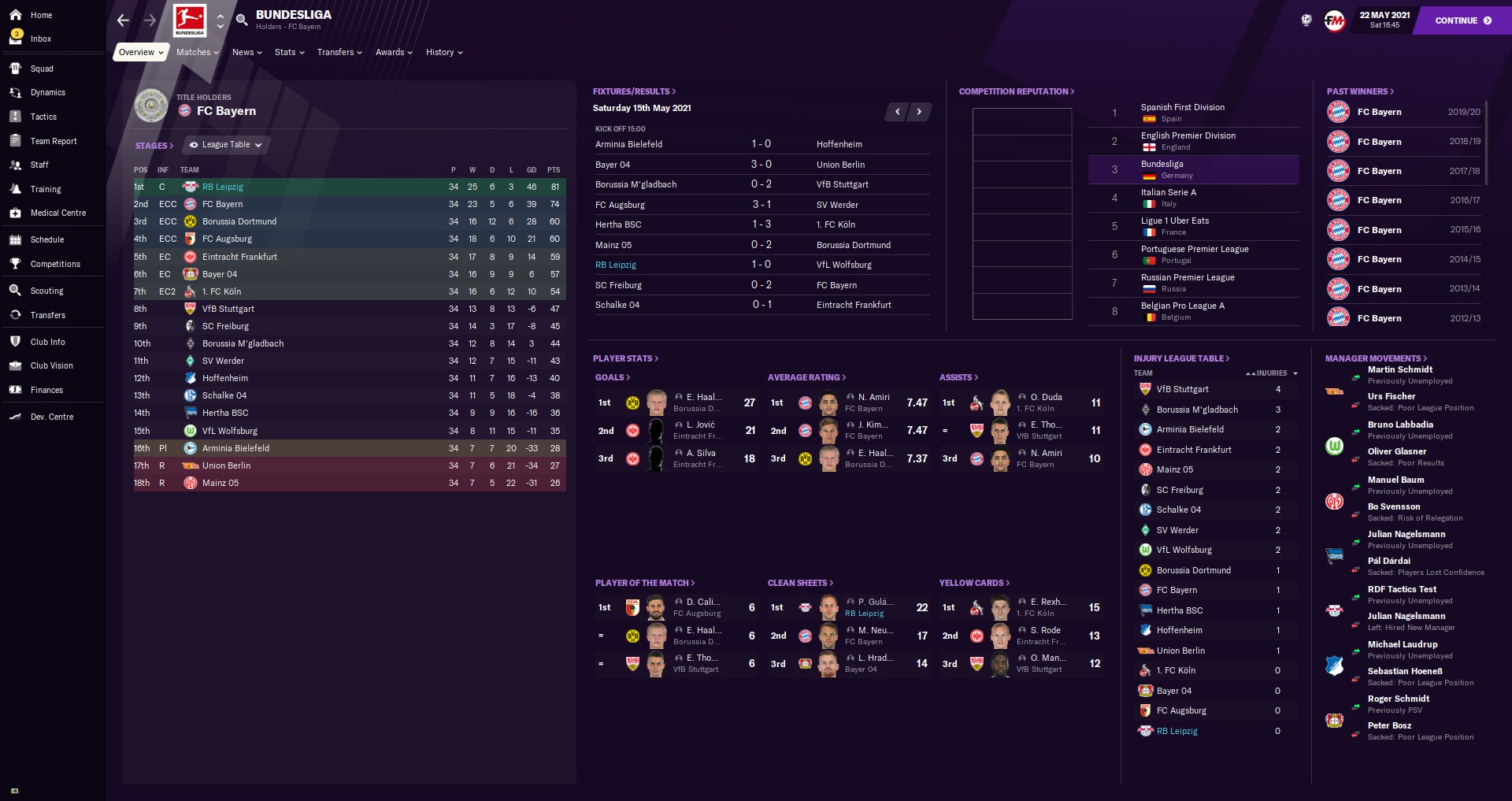