Not quite a Christmas Tree 4312 (Used with Arsenal)

Download
Overview Discussion
I think this is a hybrid of a tactic I had doing ok and one `i downloaded but I can't remember the user to credit them, apologies!

Highline with very short and slow passing BUT it plays at pace once players at comfortable in the system. Obviously a lot of goals come through possession passing but A LOT came from Hollywood balls, from the left attacking fullback, over the top to the Advanced forward - Y. Moukokou, who scored 80 - EIGHTY - goals in 50 games.

~Defensively sound but coming up against similar strength teams or aggressive teams the scores can get pretty high,. I used it as Plug and play so there's scope to develop a safer version for away matches against elite teams.

I tried OIs (assistant) a few times but never really settled on it being an improvement. In terms of feedback I was generally use encouragement BUT if there weren't winning by 60 mins, berate them. 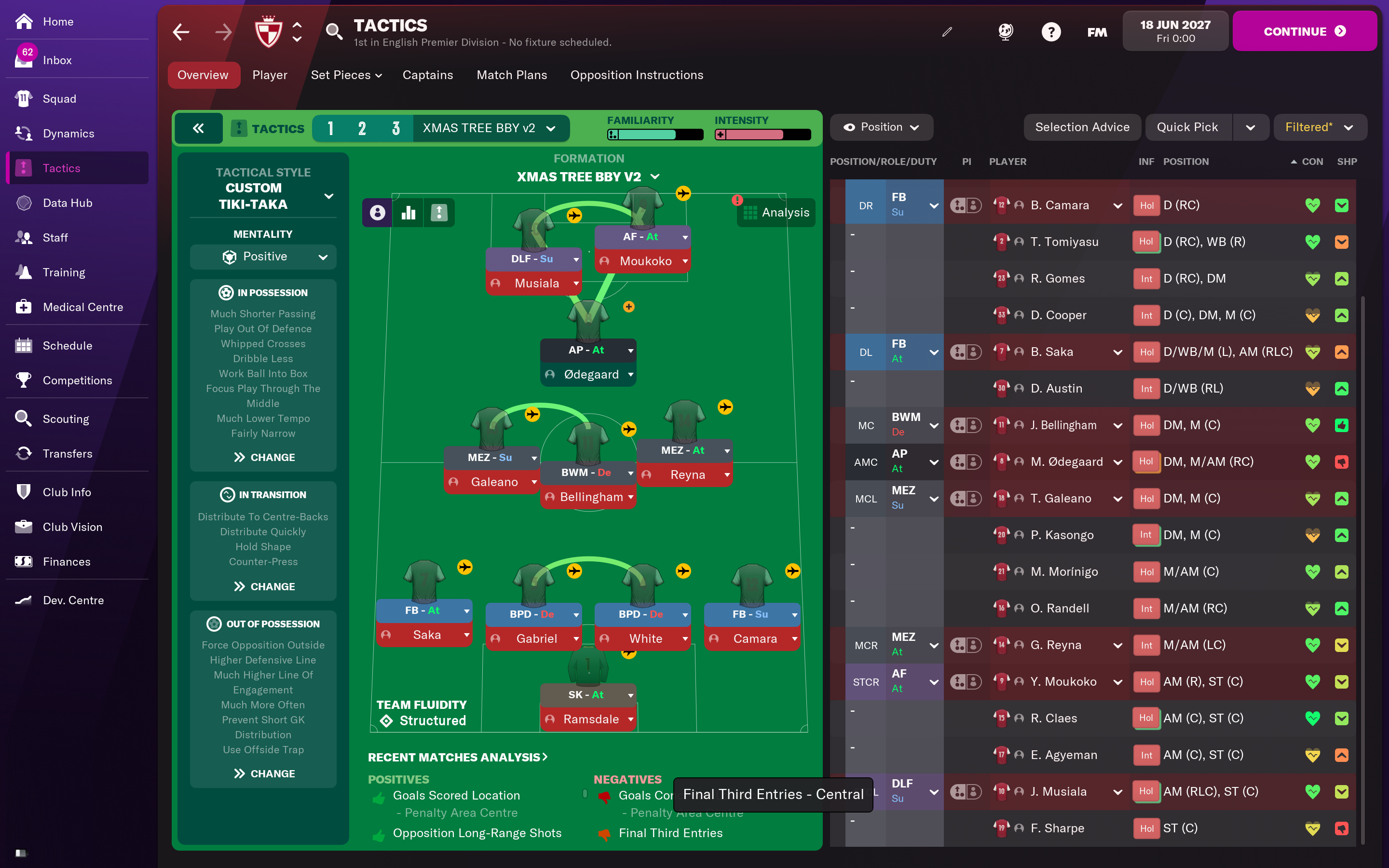