This tactic is using Prutton's set-pieces from the ZaZ Blue 3.0 and Magician's Throw-Ins from Phoenix v5.0

For set-piece takers make sure the put the ML for the Left Corner and the MR for the right corner, its been put into the set-piece but there's been a bug for years that doesn't make them take it unless you do it manually

Here are the results I've gotten with this tactic:

When I tested it with Fulham and Man City on Holiday, Man City won the league and Fulham finished in a Champions League place 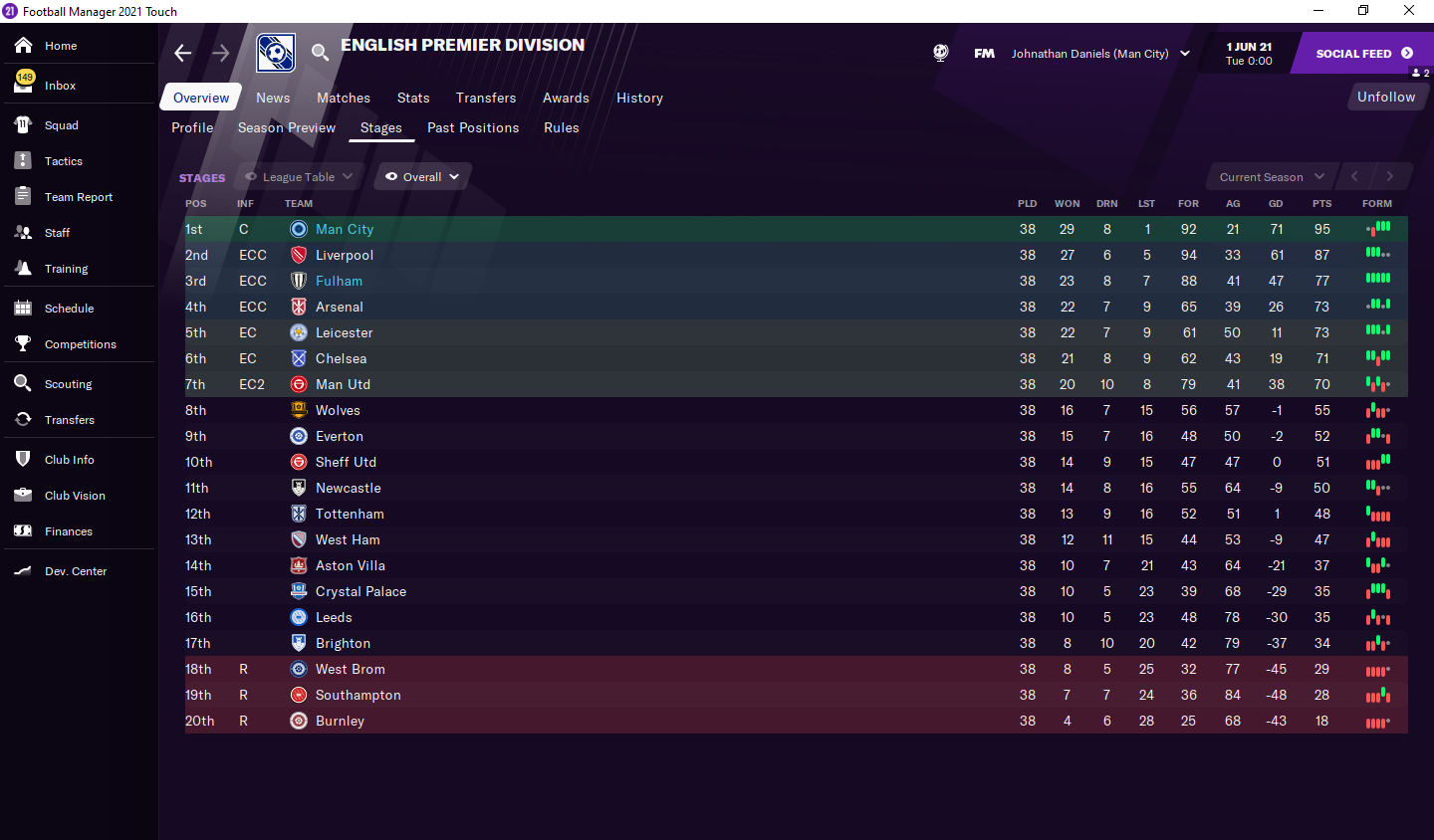 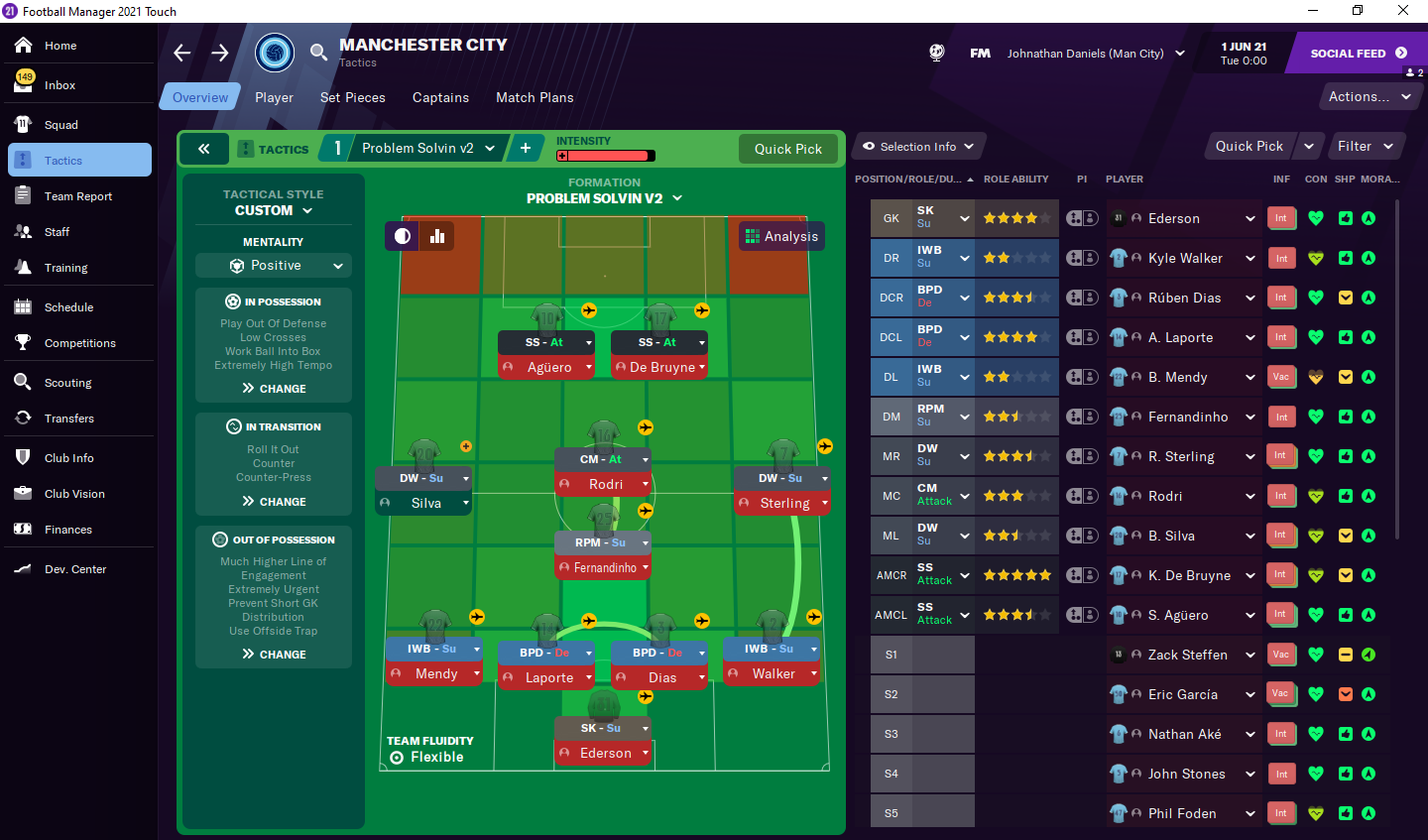 I've had others test on Holiday mode as well and it has done very well, using teams that are not expected to win the league 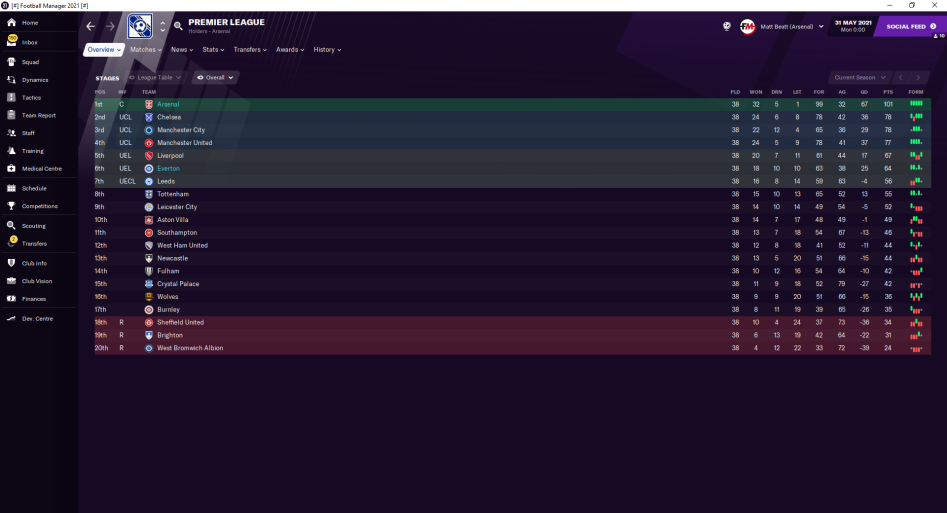 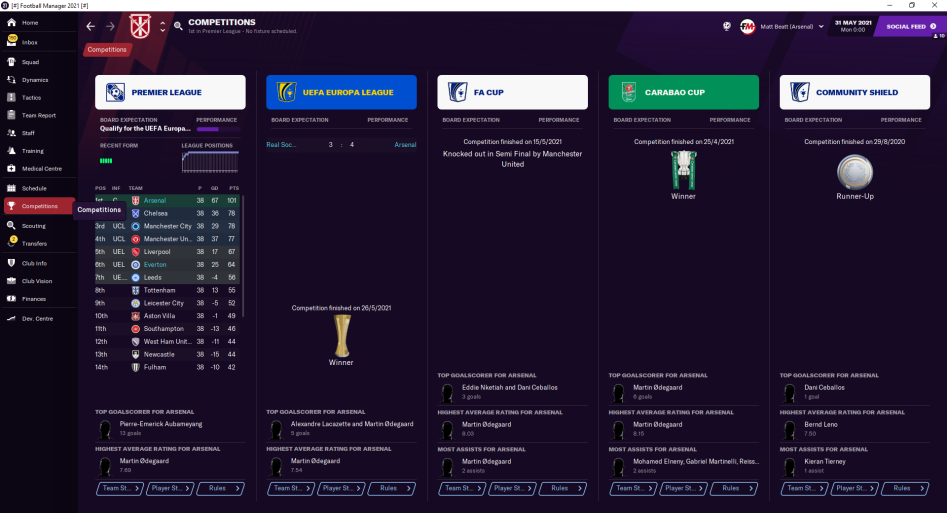 In France, Lille won the league with 97 points while scoring 111 goals and Monaco finishing in 3rd , the final UCL spot and scoring 93 goals AND winning the French Cup comfortably against Marseille 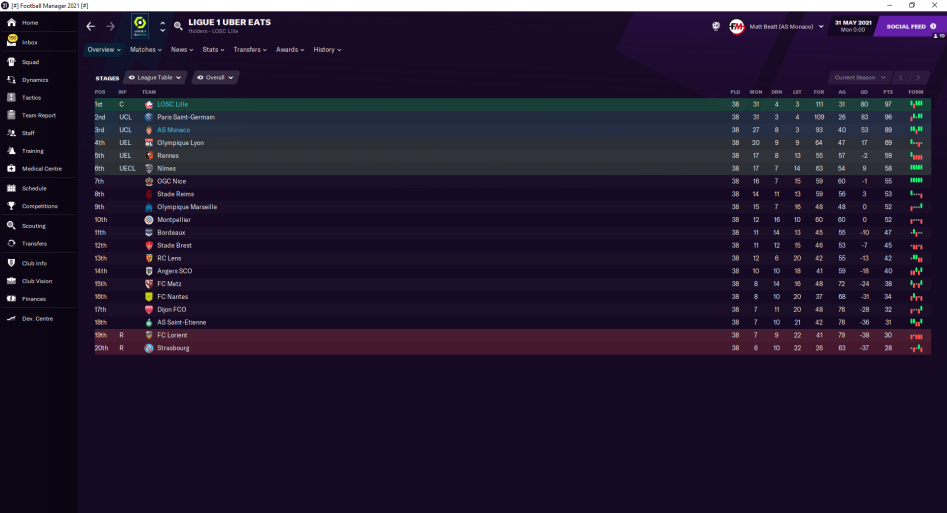 In Germany, Borussia Mönchengladbach won the league and Hoffenheim finished 1st and 2nd, finishing ahead of teams like Bayern, Dortmund, and RB Leipzig 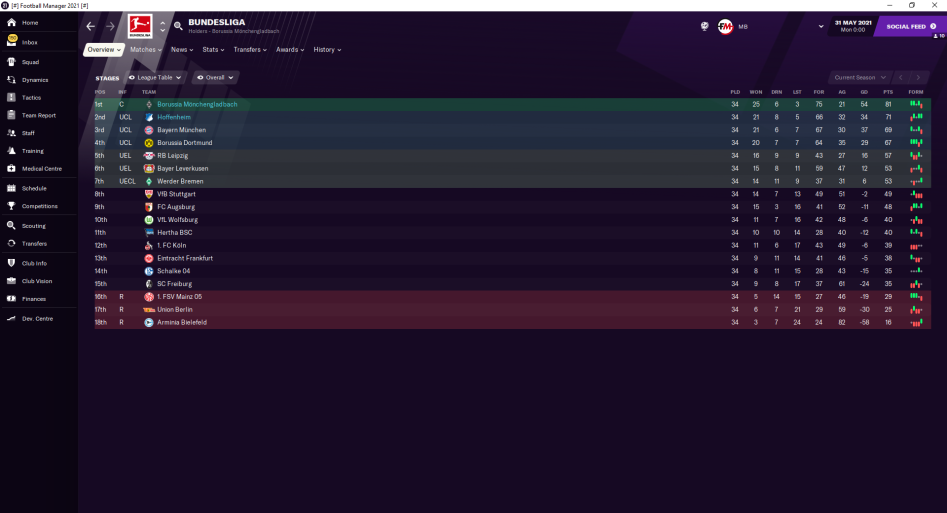 In Italy, Atalanta won the league by a margin of 12 points, getting 97 points, scoring 101 goals with Lazio finishing right behind them with 85 points, and scoring 110 goals in the process 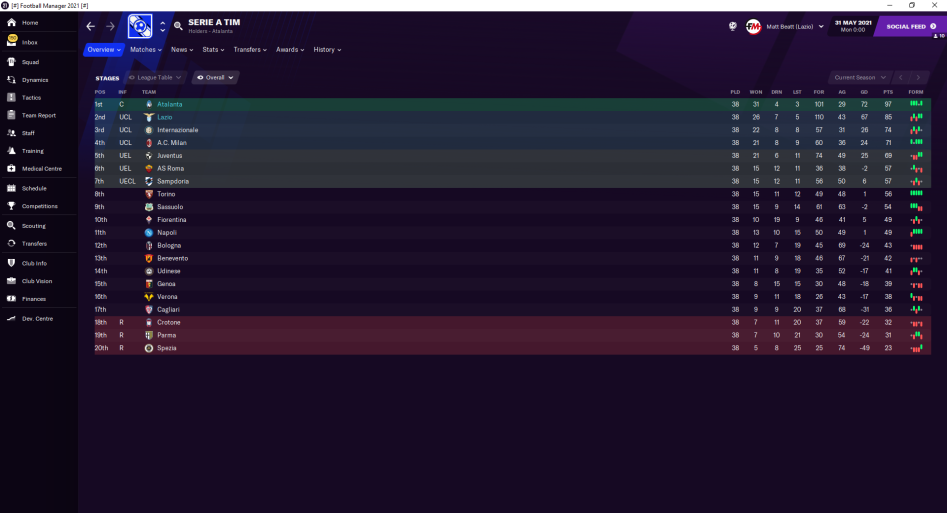 And in Spain, Sociedad and Valencia tied on points with 91 with Sociedad winning the league on GD, with Valencia going to the final of the Copa Del Rey, only losing to Real Madrid 2-1 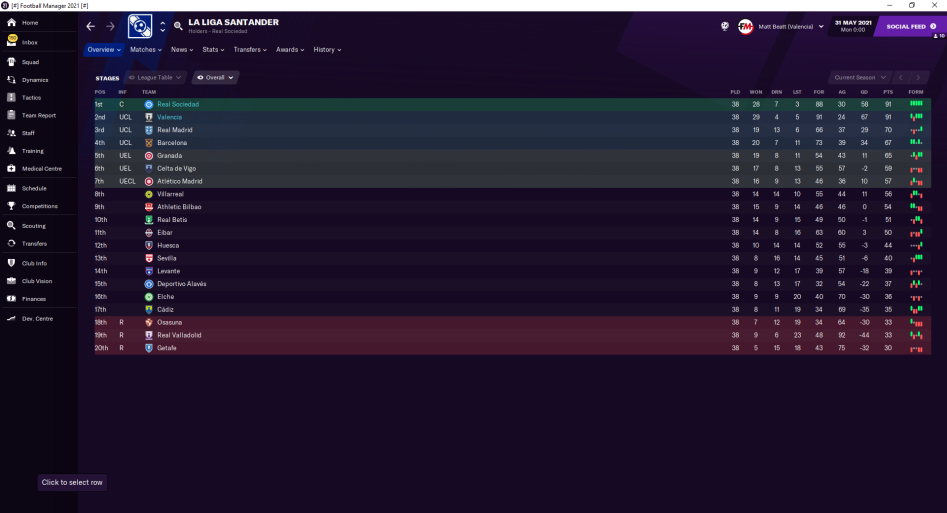 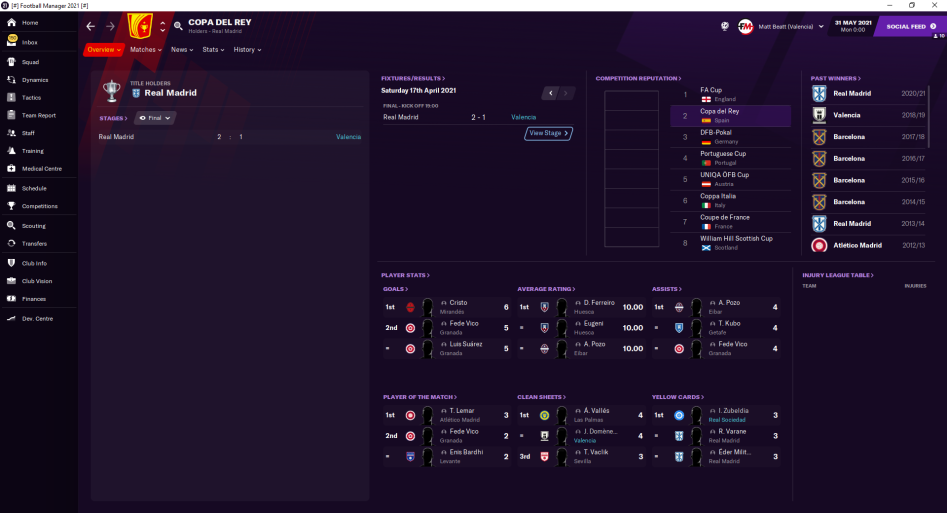