Download
Overview Updates (4) History Discussion
The philosophy of this system is to play a short passing game intent on creating triangles all over the pitch ensuring the man on the ball always has a passing option. The team will look to dominate the ball and moving the opposition around overloading the attacking third to ultimately break down stubborn defences and score through intricate passing moves. The aim is to control the game through high possession, but not simply pass for passing sake we want to be progressive with the ball. Although the formation may change and be adapted the style of play should stay the same.

As the aim is to let the ball do the work the mentality will be positive but fluid encouraging players to both attack and defend together. To aid the possession patient style of play a lower tempo will be employed. A high line and high line of engagement are used as we want to draw the opposition out slightly before pressing them urgently with the aim of either winning the ball back or forcing them to kick the ball long to turn over the ball to restart our patient passing game. Using tighter marking also helps when we win the ball back as our players are close to together to quick start the build-up of the next attack.

Due to the fluid nature of this style, our players have the freedom to interchange and roam positions to contribute to all aspects and phases of the play. To get the most out of this way of playing you want to use technical and intelligent players that are comfortable on the ball. Key attributes to look out for are teamwork, work rate, determination, composure, technique, passing etc. Teamwork and work rate are essential as players are encouraged and expected to contribute to both attacking and defending. It may be difficult to find a natural regista but you can always train a playmaker with good mental attributes into the role. 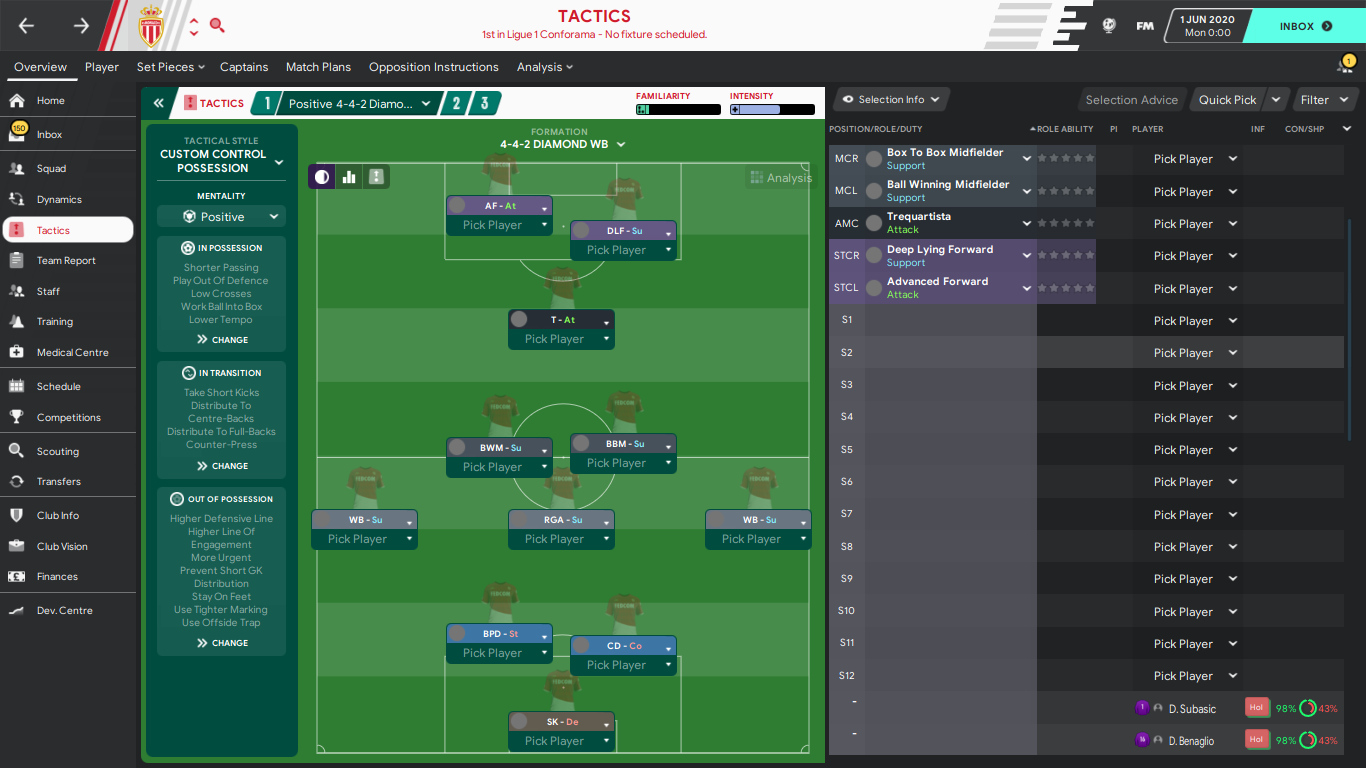 This is the shape used with Monaco in Ligue 1, although it lines up as a 4-1-2-1-2 it will become more of a 4-3-1-2 as the regista advances between the two central midfielders. The fullbacks are deployed in the more advanced wingback slots they will be the outlets, providing width in attack. Monaco are not blessed with pace at centre back and therefore I used a stopper and cover combination ditching the offside trap.

The regista is the pivot he will look to drop deep to get the ball then build the play from deeper like a quarterback. He will always look to get on the ball and therefore it is crucial to give him options to play the ball. The wingback and central midfielders are important as they create the space for the regista to play in ensuring he has time on the ball to pick out a pass. The BWM's job is simple to break up the play and pass short to the regista.

The Trequartista is the aggressive playmaker drifting into spaces to receive the ball creating chances for himself or the strikers. The DLF will drop deep to pull out defenders to create space for the Trequartista or AF to run into before rejoining the attack looking for a pullback. Having the DLF allows the team to pass and probe playing intricate passes with the option of playing through balls to the AF looking to play on the shoulder of the last defender. 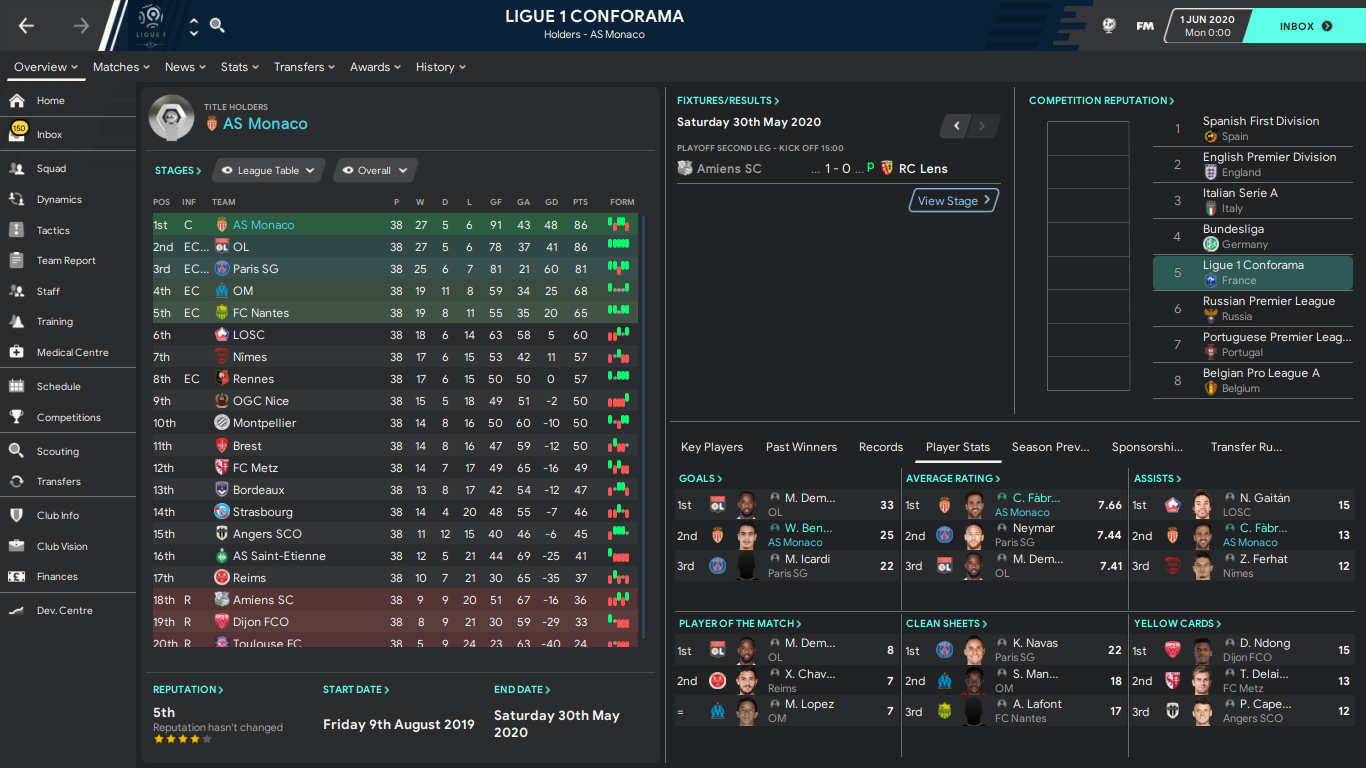 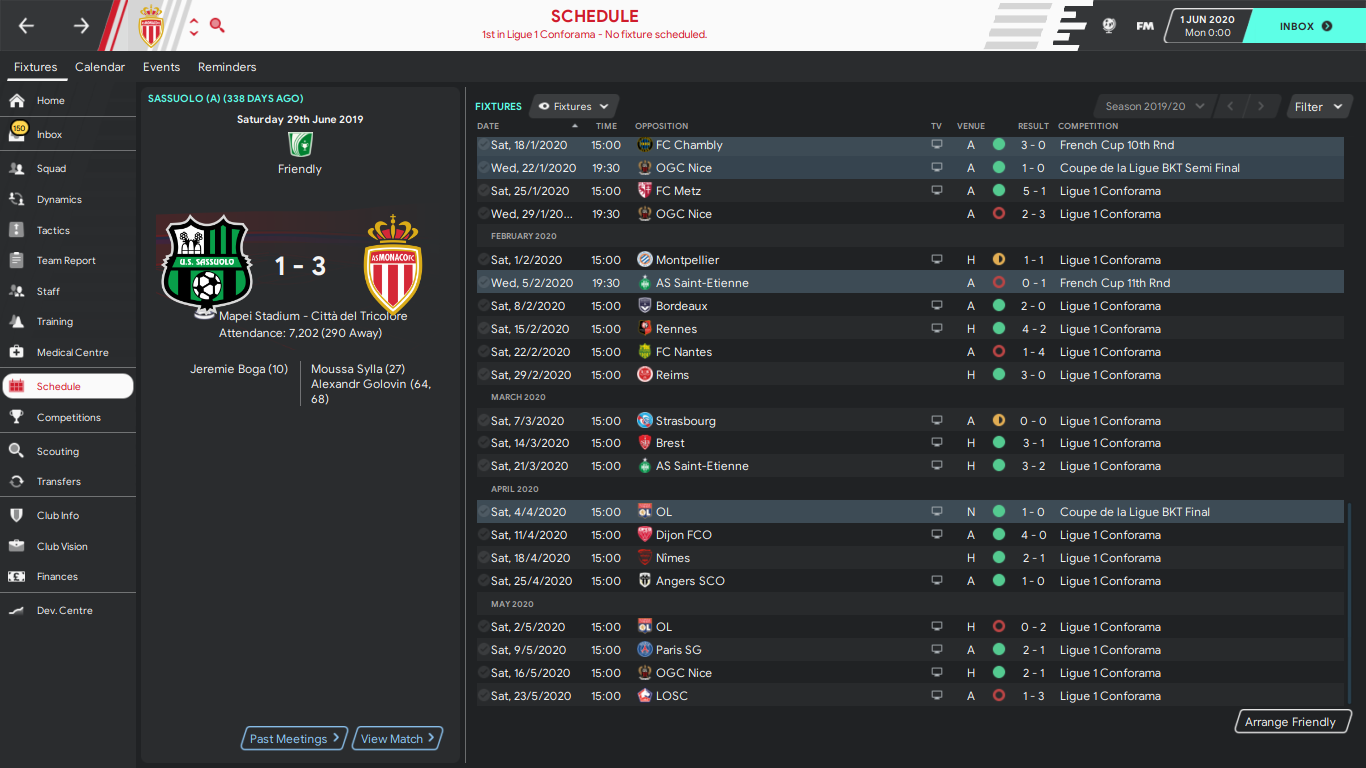 The tactic proved successful, the team won the league on goal difference surprisingly from Lyon after PSG had a shocking season. The team averaged 57% possession across the season and averaged over 550 passes per game. The team were comfortably the top scorers with 91 goals an average of 2.4 goals a game. However, the defence was disappointing conceding 43 goals, no doubt due to the lack of pace and the inability to play the offside trap. Fabregas was trained to play as the regista and he ended up 2nd for assists in the league.