Download
Overview History Discussion
First off all. Credit goes to Knap who created the original Tequila Sunrise tactic. over the past few weeks i have been tweaking it (as well as others) and finally it has come to this. 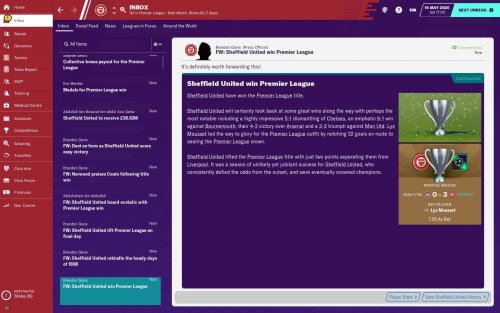 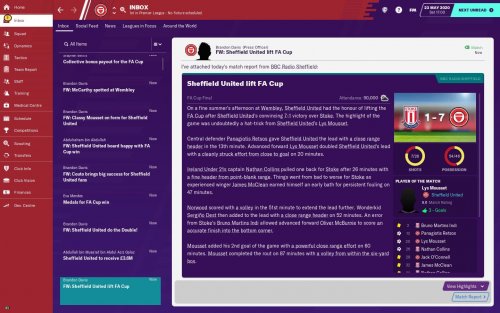 Sheff Utd (predicted to finish 19th) winning the double in my first year! the Premier League along with the Fa Cup! My first test with this was with Leicester in FMTouch and finished 2nd. i felt i could've actually won the the league if i had the set of three tactics i will be presenting here as i kept losing and drawing against the big teams. So, here it is 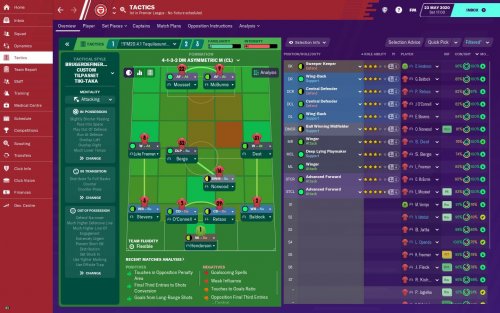 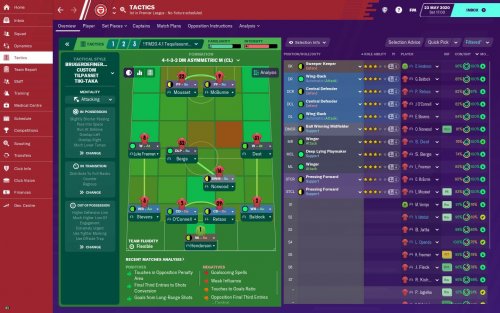 ALL 3 TACTICS ARE THERE

IMPORTANT! when playing away games, i use the Home tactic but remove "get stuck in". Away matches, just before the match, i got opposition scout report and check the role of their STs, IF they are using a AF forward then drop you DL down to Higher and not Much Higher. Also when playing LFC. the teams i use Big Away Matches are Arsenal, Chelsea, Man Utd, Man City, Liverpool, Tottenham and Wolves

The differences. The main are changes in roles and duties. Home tactic plays with 2 AF with Wing Backs on sup. Big Away, you'll notice the forwards are PFs and the Wing Backs are on att. Big Away also sees us regroup, not "play out of defence" and "get stuck in" are removed from the TIs. 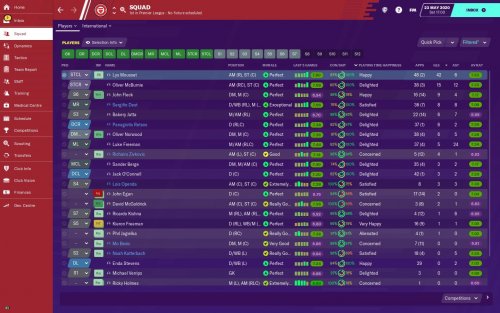 My key players here are clear. Lys Mousset (left sided striker) scoring 42 in 50 games. yes you read correct! Luke Freeman racked up 24 assists creating 28 chances. Oli McBurnie (right sided striker), my personal fav and unsung hero, 15 gls in 41 games along with 12 assts and creating 21 chances. he has the "come deep for ball" trait which is supposed to be a bad thing for AF but he was great. 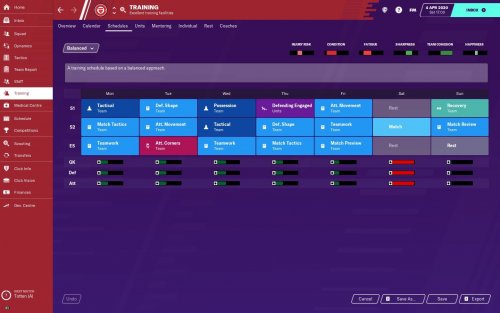 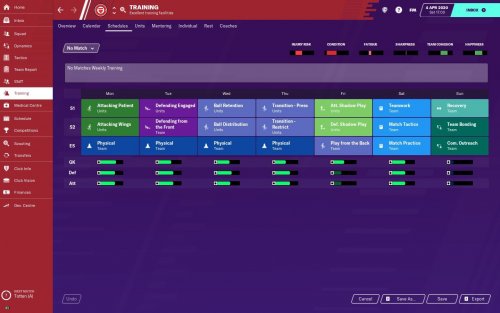 i control my training schedules and individual training. with individual training, i training everyone in their best role but in position and duties i will use them in. Example, Phil Jagielka is best as CB but on stopper, i dont use stoppers, so i train him CB (d). 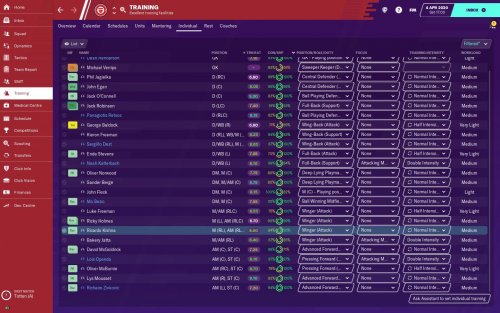 so what do i actually control?

tactical briefing, i take control BUT i skip every single one of them. I control all 1st team training. *** man does press conferences. No OIs 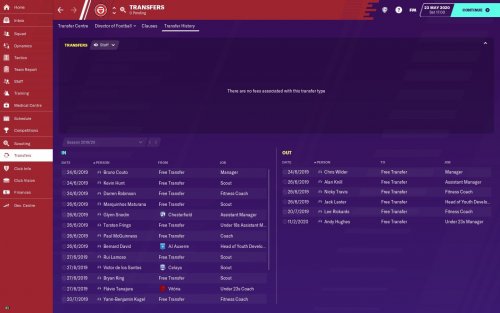 Glynn Snodin is a class *** man. Tactical Style is important. DO NOT hire staff who has a very different tactical styles. do not sign staff that has Catenaccio, Park The Bus, Wing Play, Route One tactical styles 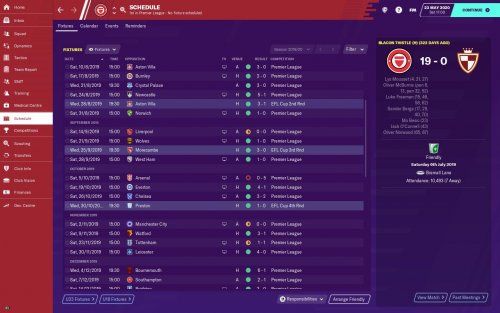 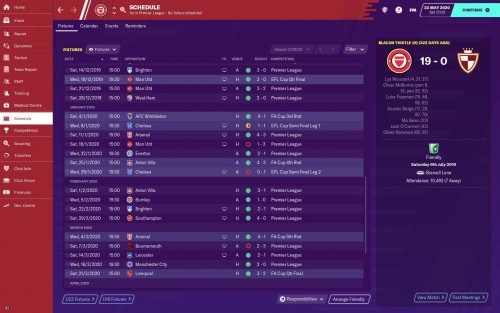 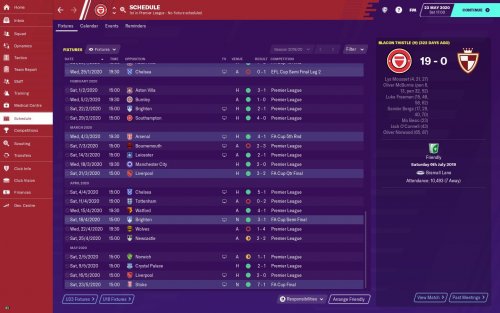