It was the year 1998, then 40 years old Ralf Rangnick was the manager of Ulm in the Bundesliga 2, he appeared on television to explain his philosophy which included hard work and the use of a back 4. Rangnick was steadfast in his beliefs at a time when the sweeper was vogue in German football, he was dubbed the professor at the time. His innovations have inspired many of the current generation of coaches in Germany, undoubtedly making him one of the most influential people in German football.

Rangnick is innovative, bold and is constantly looking for ways to give his team an edge. He developed ways for his players to recover during games and consistently looked to recruit, socially educate and develop players to suit his playing style. His approach is extremely demanding on players, both physically and mentally, but it also involves a degree of error culture, meaning he is prepared to accept some mistakes as part of the development process. Rangnick is not an easy character to work with, but his ideas can make all the difference.

At Hoffenheim, Rangnick mainly used a 4-3-3. Looking at his whole coaching career though, Rangnick most often deployed a 4-4-2 system, which can turn into a 4-2-2-2. at RB Leipzig, Rangnick also utilised a 3-5-2 formation on occasions besides his preferred 4-2-2-2 system. However, the principles remained the same, Rangnick’s team would have one extra player in central midfield whilst still playing with two strikers. Allowing them to form a hexagon shape when pressing high up the pitch. Ragnick developed his pressing ideas from watching Arrigo Sacchi’s AC Milan, he took the principles of ball and space orientation to defending. When out of possession, Rangnick’s sides press the opposition high and early in order to win the ball high up the pitch. Enabling them to transition quickly into attack exploiting the opposition's disorganisation close to their own goal. Rangnick said that he wants to press the ball-carrier with a numerical advantage of at least one more player. Leipzig used simple pressing triggers like a pass to the full-back they then would collectively move towards the ball side. Occupying only a small portion of the pitch, they would press the ball-carrier whilst shutting down all passing options. With high pressing intensity, Leipzig were able to prevent the opposition from switching sides and exploit the space on the far side. 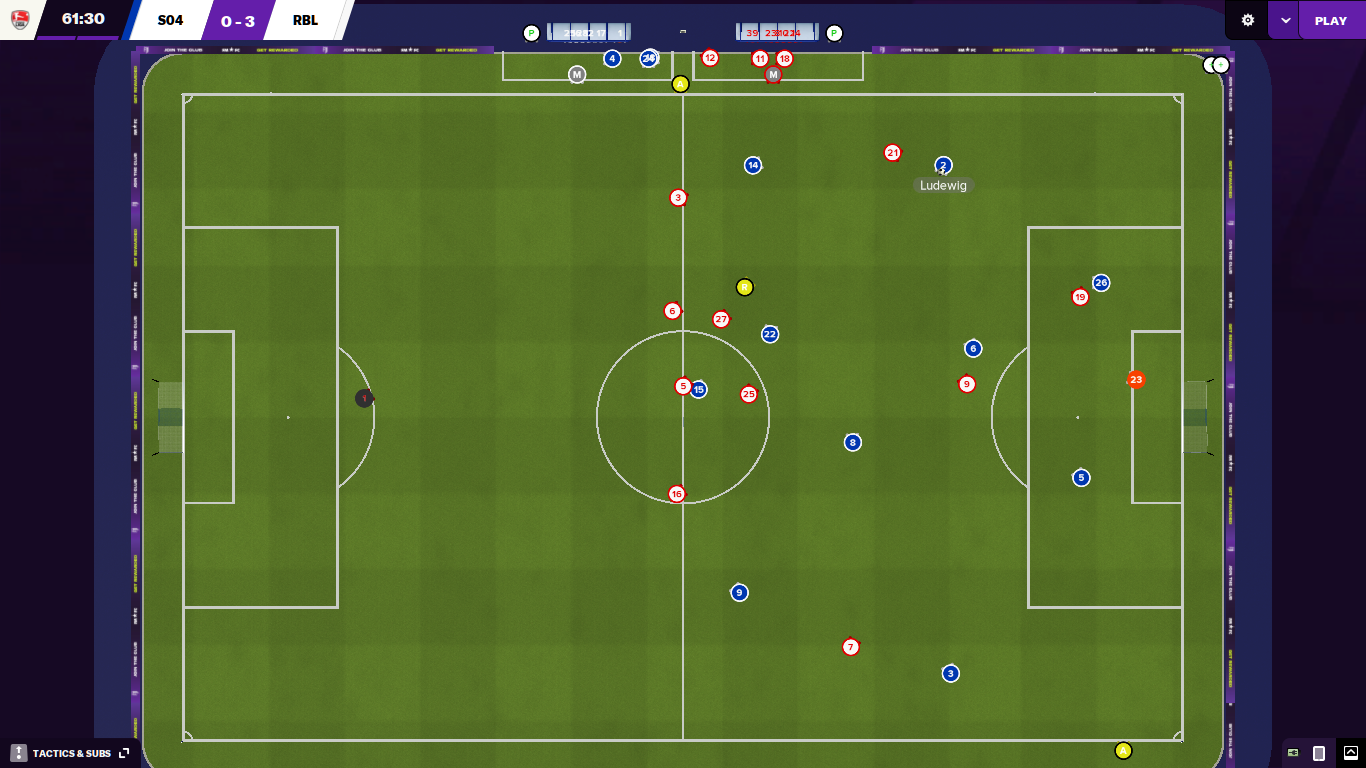 The principles during transition phases are among the key characteristics of Rangnick’s philosophy, his sides became known for their quick counter-attacks. Vertical passes allowed them to quickly get towards the goal, sideway passes are avoided as they waste valuable time according to Rangnick. The German coach wanted his side to finish counter-attacks in under ten seconds as this is the time window with the biggest probability of scoring. When practising transition plays, he uses a clock with a count-down that way, the ten-second rule for a shot on target is supposed to become instinctive according to Rangnick.

Similar to the offensive transitions, Rangnick also believes defensive transitioning as a vital component of his game model. Compared to the offensive transitions though, the time window after the ball loss is shorter. Within eight seconds, the ball should be won back as this is the period of time where the opponents are still disorganised. The narrow structure of his sides helps to keep the distances short. As a result, the players can quickly shift towards the ball after a loss, and therefore stop the opposition attack before it begins.

The video below shows how the team plays in the game.

The formation as stated above is a 4-2-2-2 with the wingers playing narrow, with the width provided by the wingbacks and central midfielders moving outside into space. 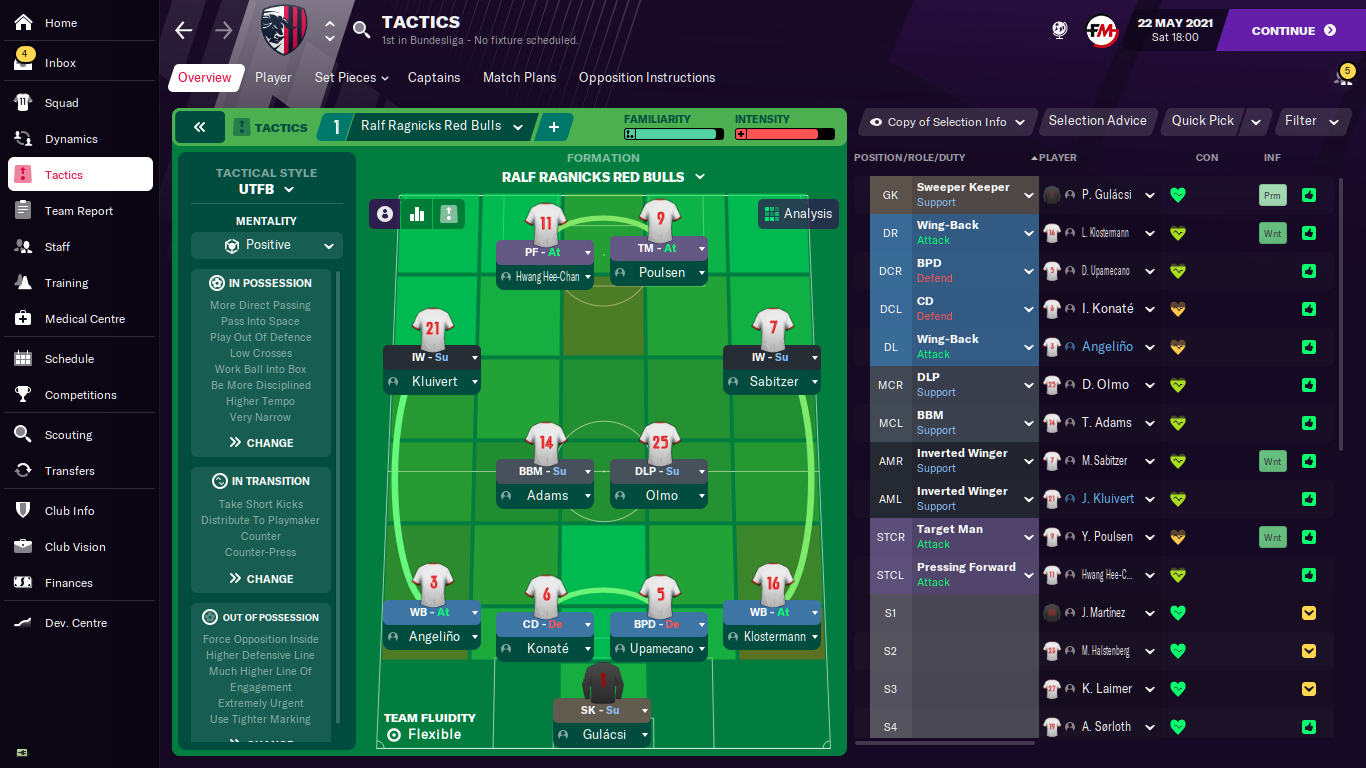 Rangnick’s attacking tactics revolve around quick vertical passes. Even during positional attacks, Rangnick’s teams try to threaten the opposition goal as early as possible. Instead of using positional play, Rangnick’s sides aim to create overloads, especially in the half-spaces. Through the creation of triangular structures and diamond shapes, they can play with very few touches allowing combinations at a high pace. They overload the space in front of the opposition backline. Presenting the opposition backline with a dilemma as to whether to move out and open up a gap or to stay at the back enabling one of Rangnick’s offensive players to receive and turn. 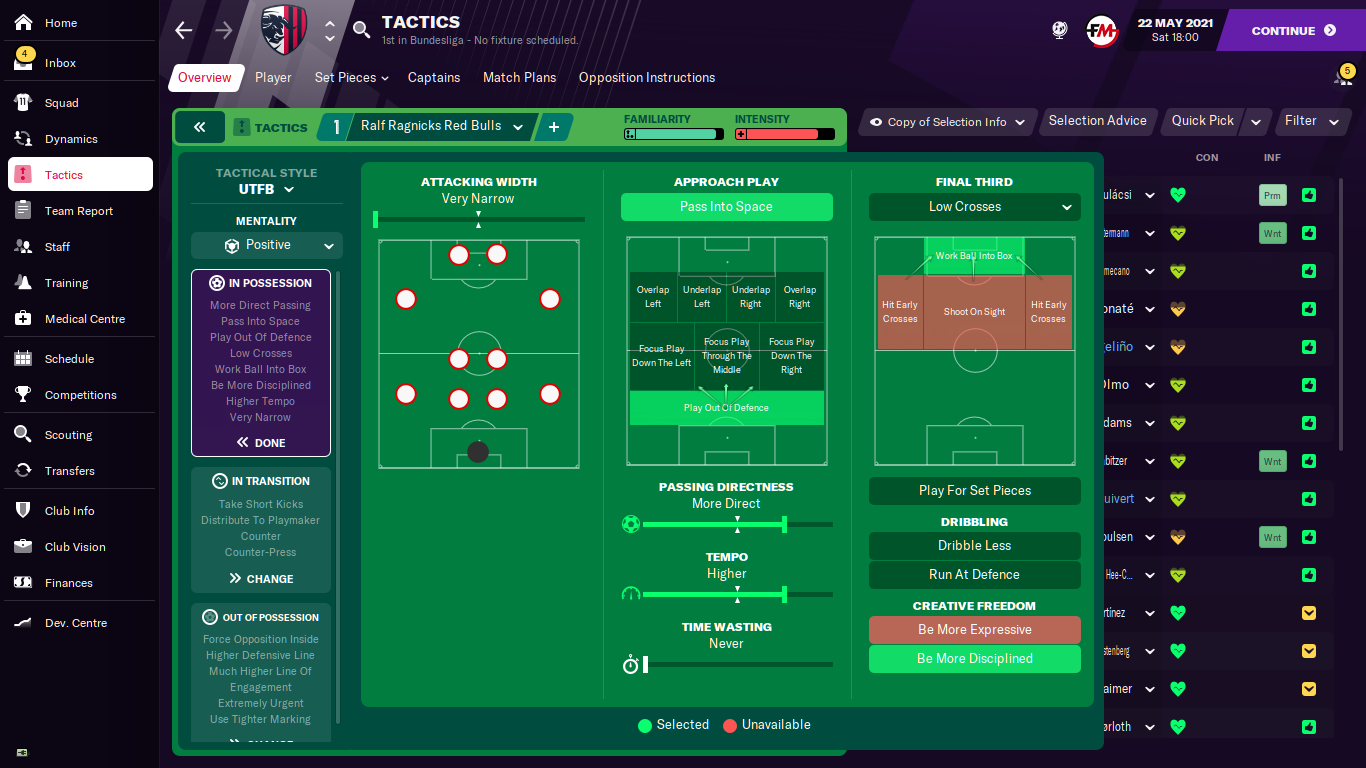 In transition Leipzig counter press aggressively, engaging the opponents high and early to force quick turnovers of possession. They then counter with the up most intent aiming to get their shots off within 10 seconds. When building up the DLP looks to come deeper before passing the ball to the fullbacks who then can hit the vertical ball up to the target man. 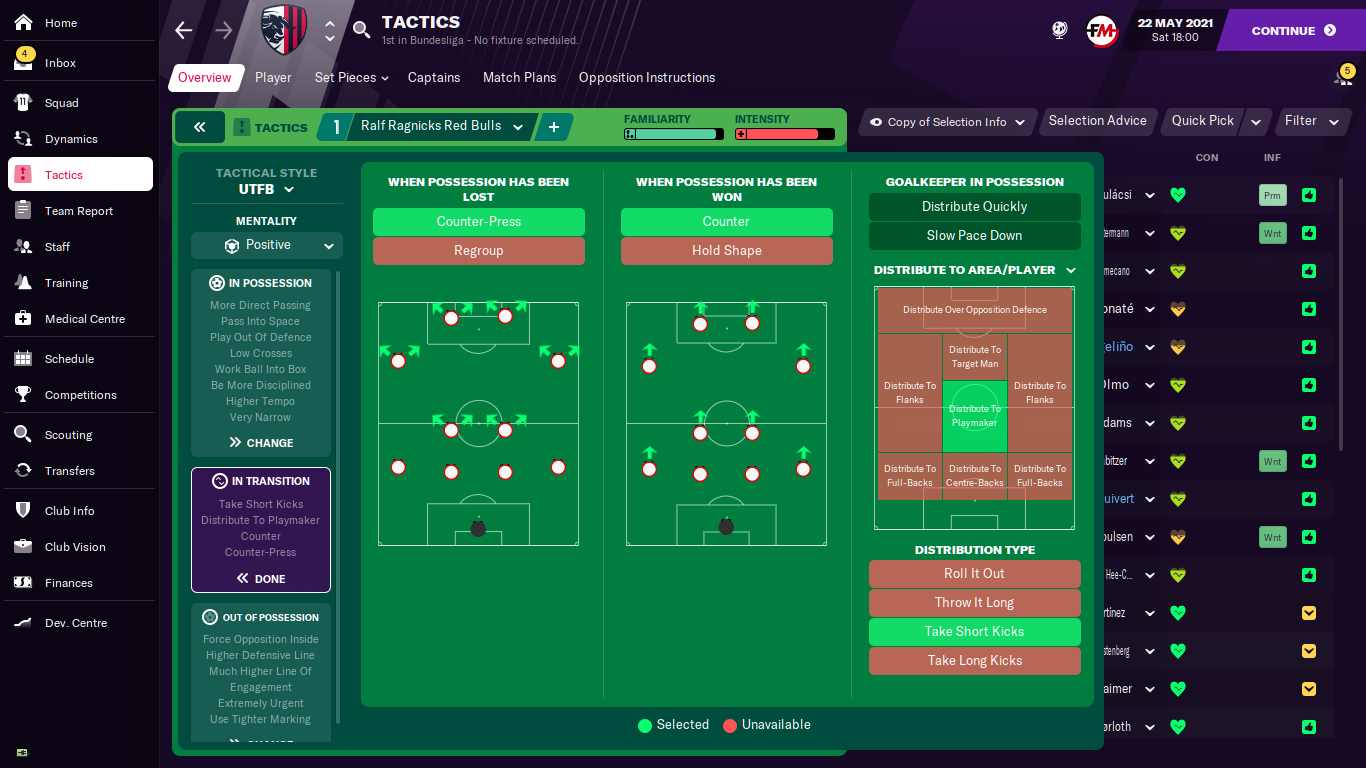 Without the ball Leipzig work extremely hard to press and disrupt their opponents. Rangnick in his first spell as manager instructed his teams to force the opponent into the central areas to trap them in their pressing hexagon, this risky strategy allows for interceptions and quick counters when successful. 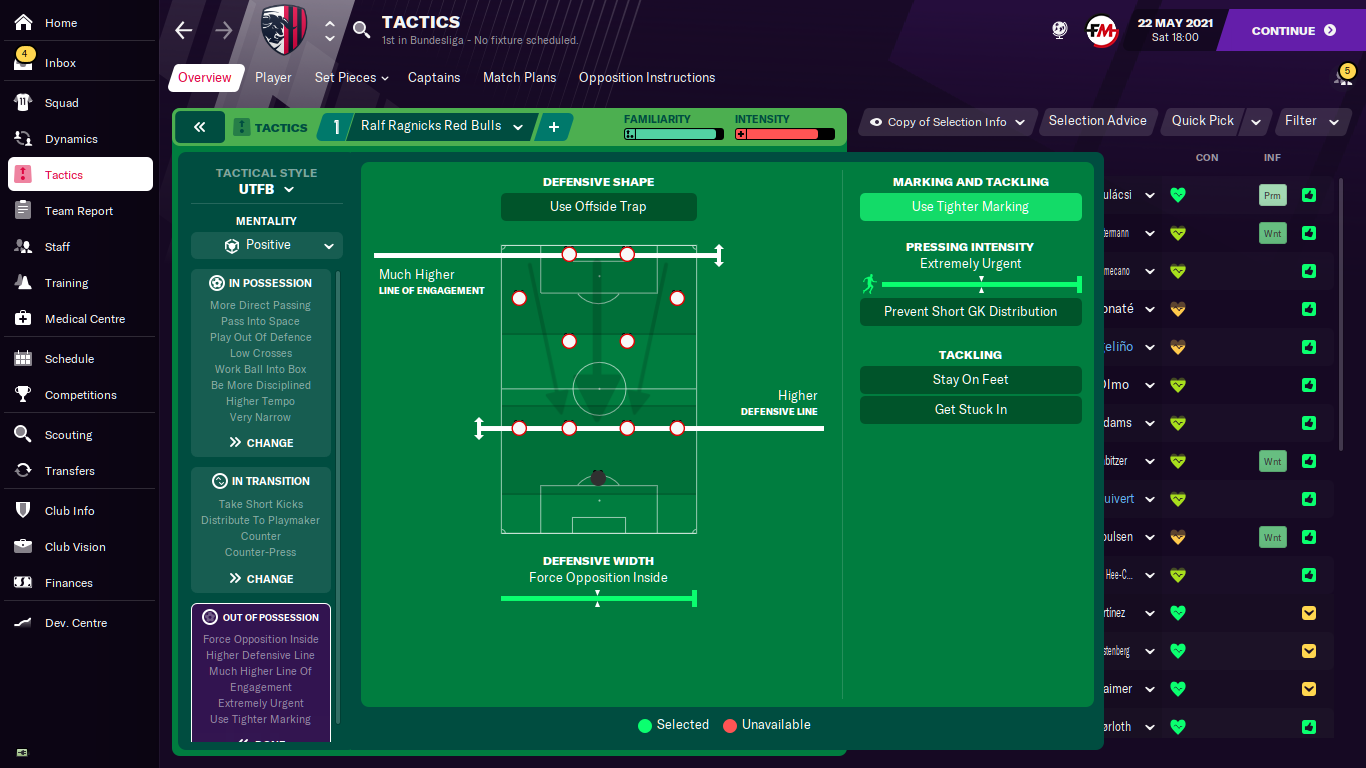 Fantastic results in the league with goals shared out throughout the team, with all 3 strikers featuring in the top 10 scorers in the league. 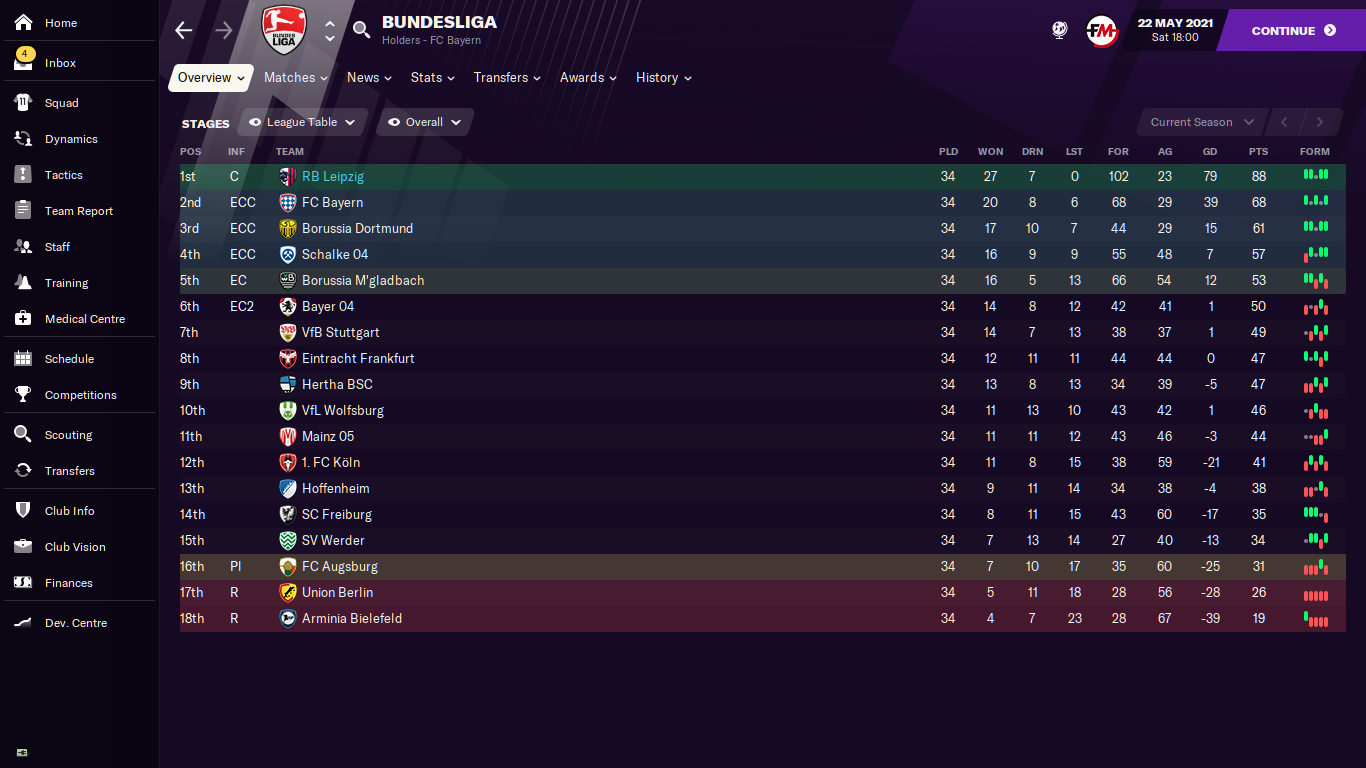 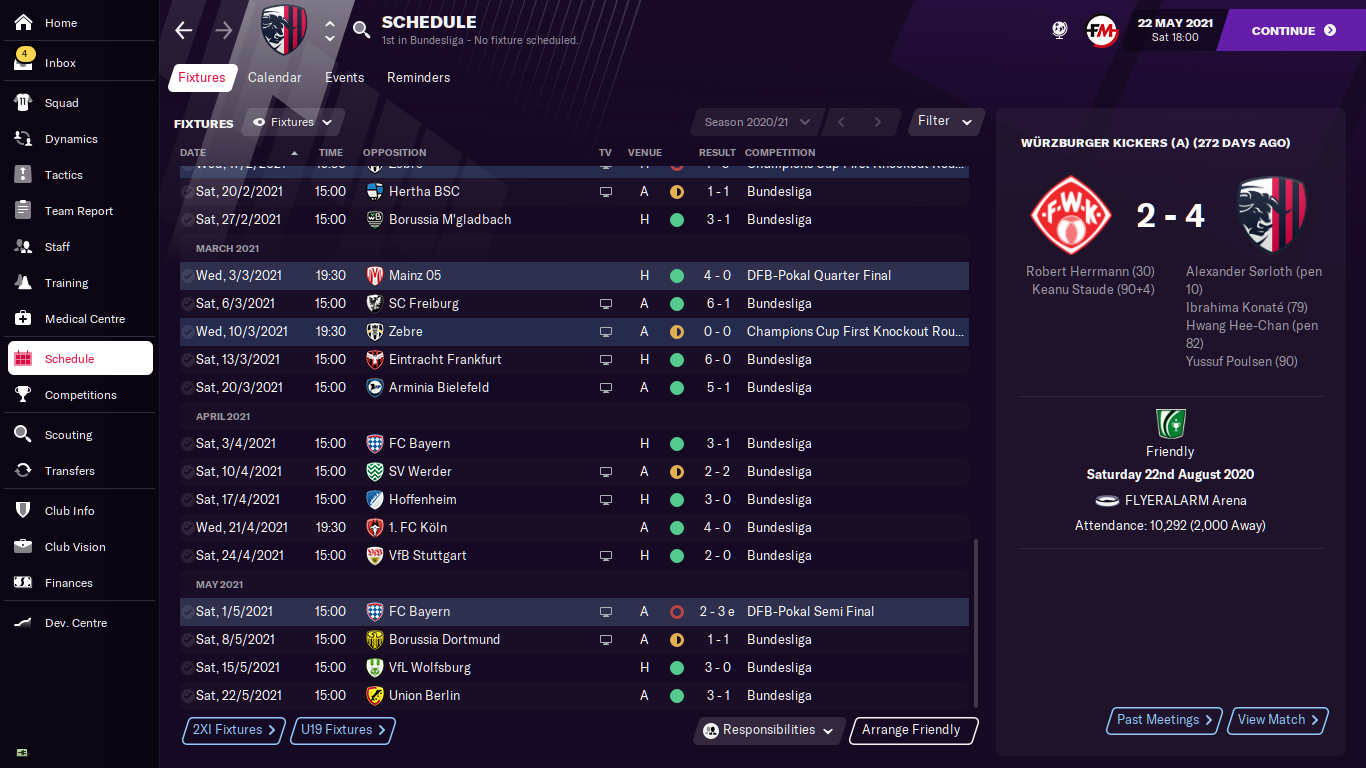 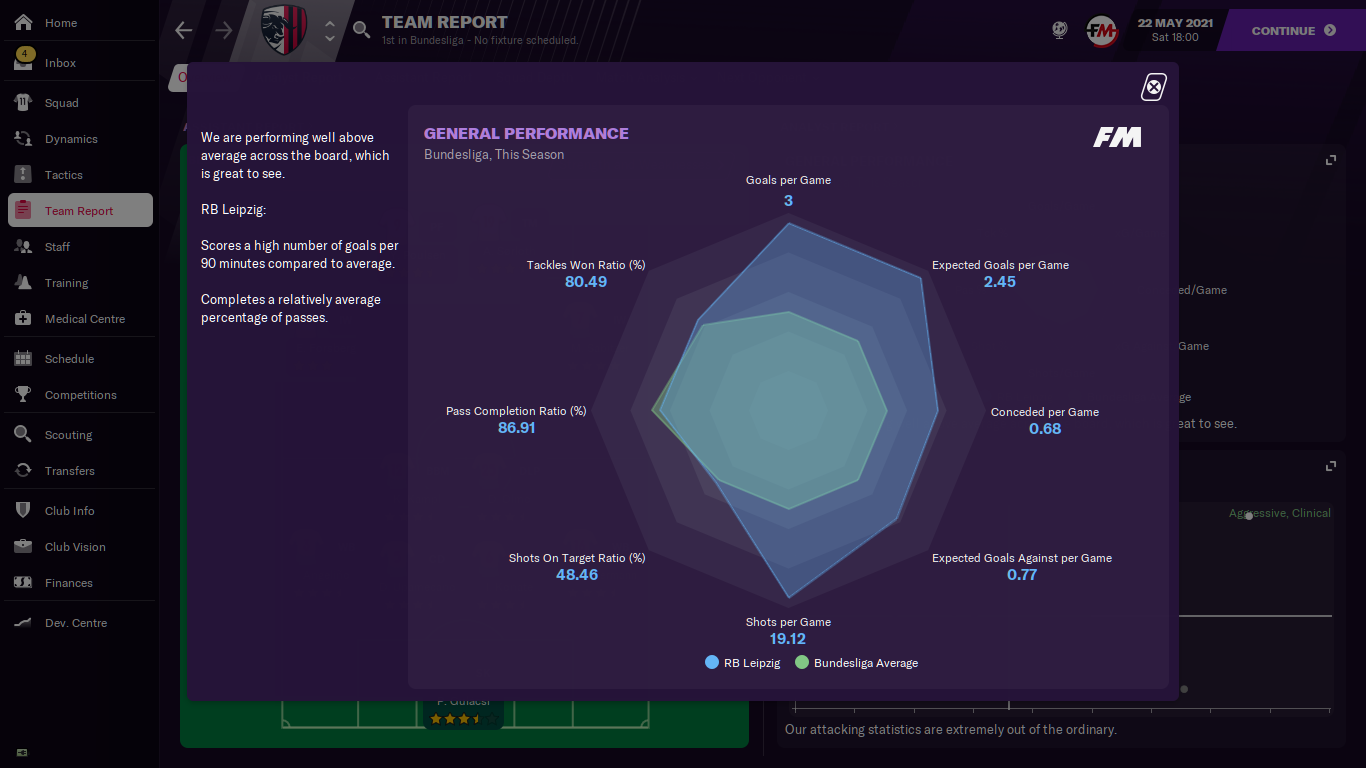 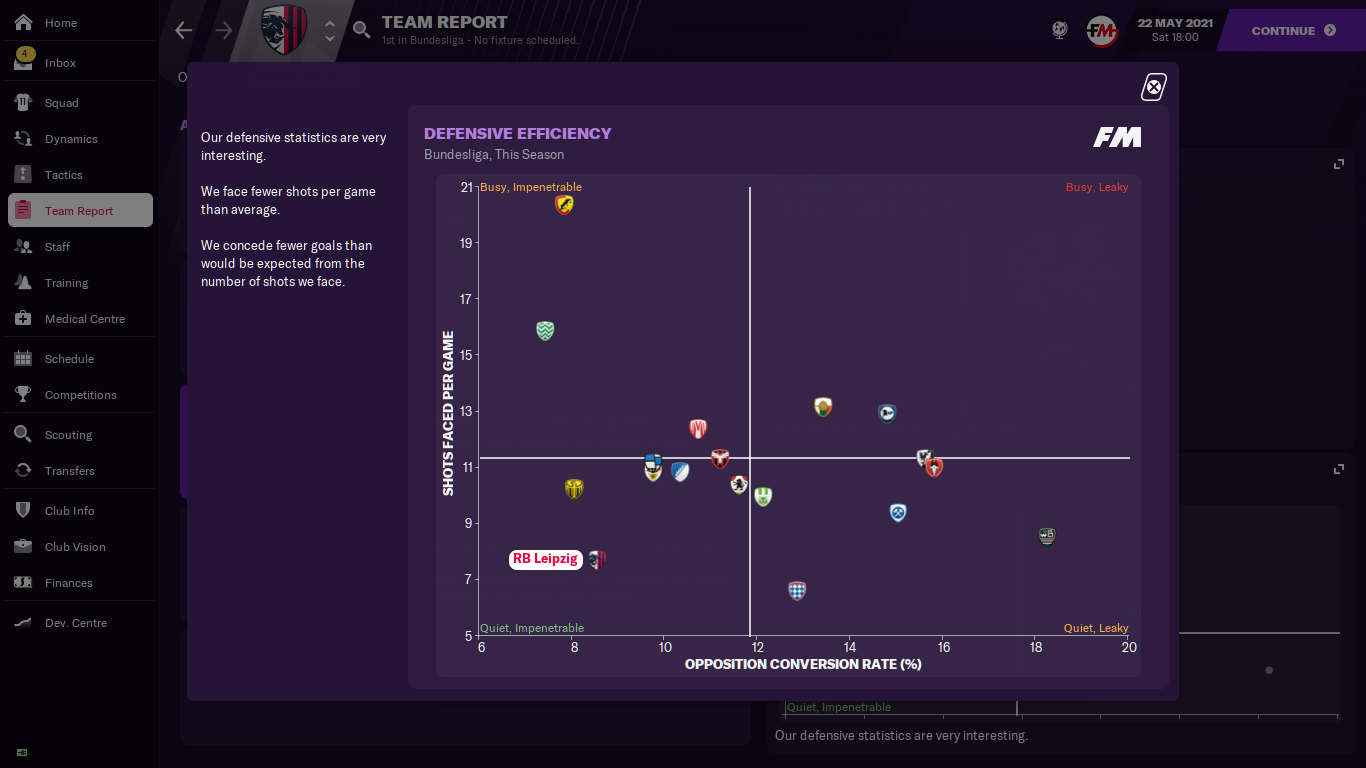 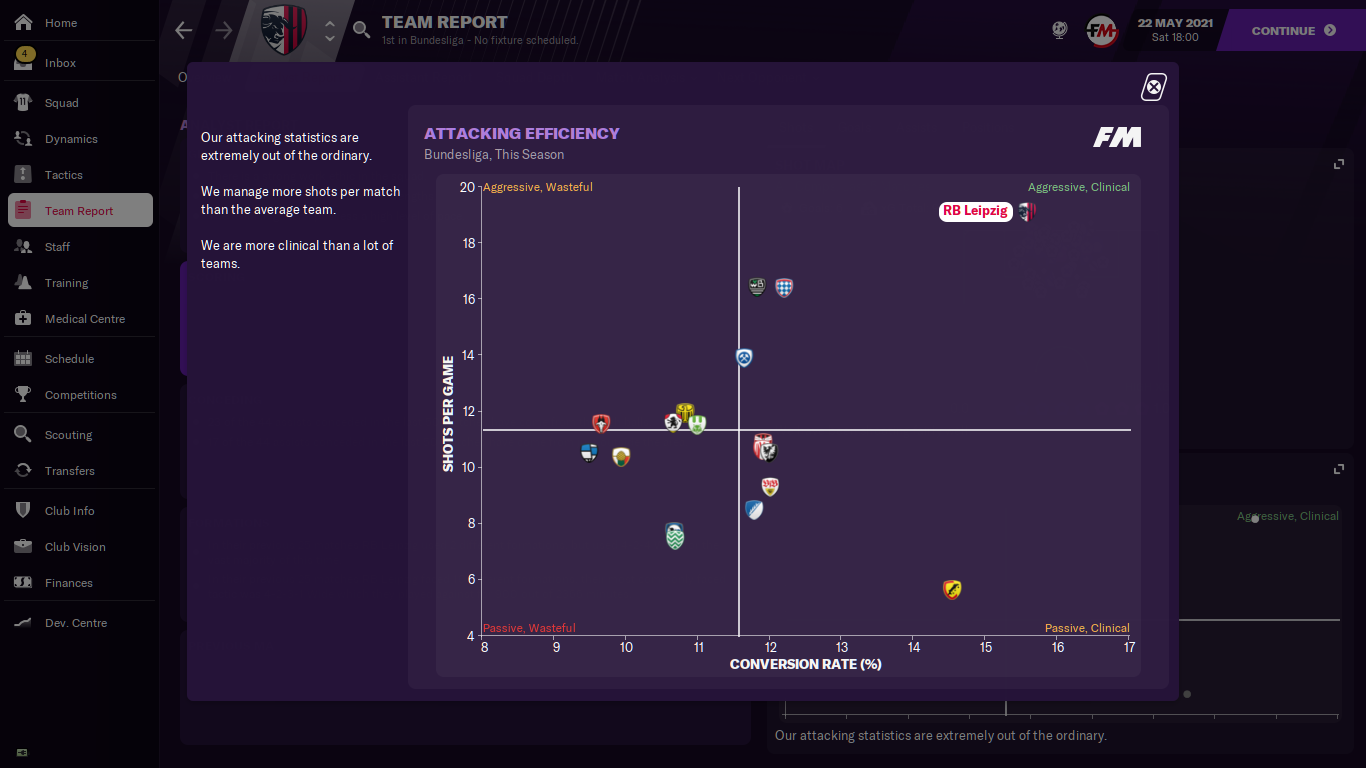