Download
Overview History Discussion
When most of his opponents would play a 4-4-2 formation, Johan Cruyff would play a 3-4-3. Johan Cruyff believed a certain way was the best way to win a football match, and that was to dominate your opponents in all areas on the pitch, which led to some eye-catching offensive displays. He believed playing 4 at the back was a waste (against two strikers) and that the extra player could be used elsewhere, in a more advanced area. This then allowed his team to form more triangles further up the pitch, aiding the possession game and disrupting the opponent's shape to go on and play the beautiful football. 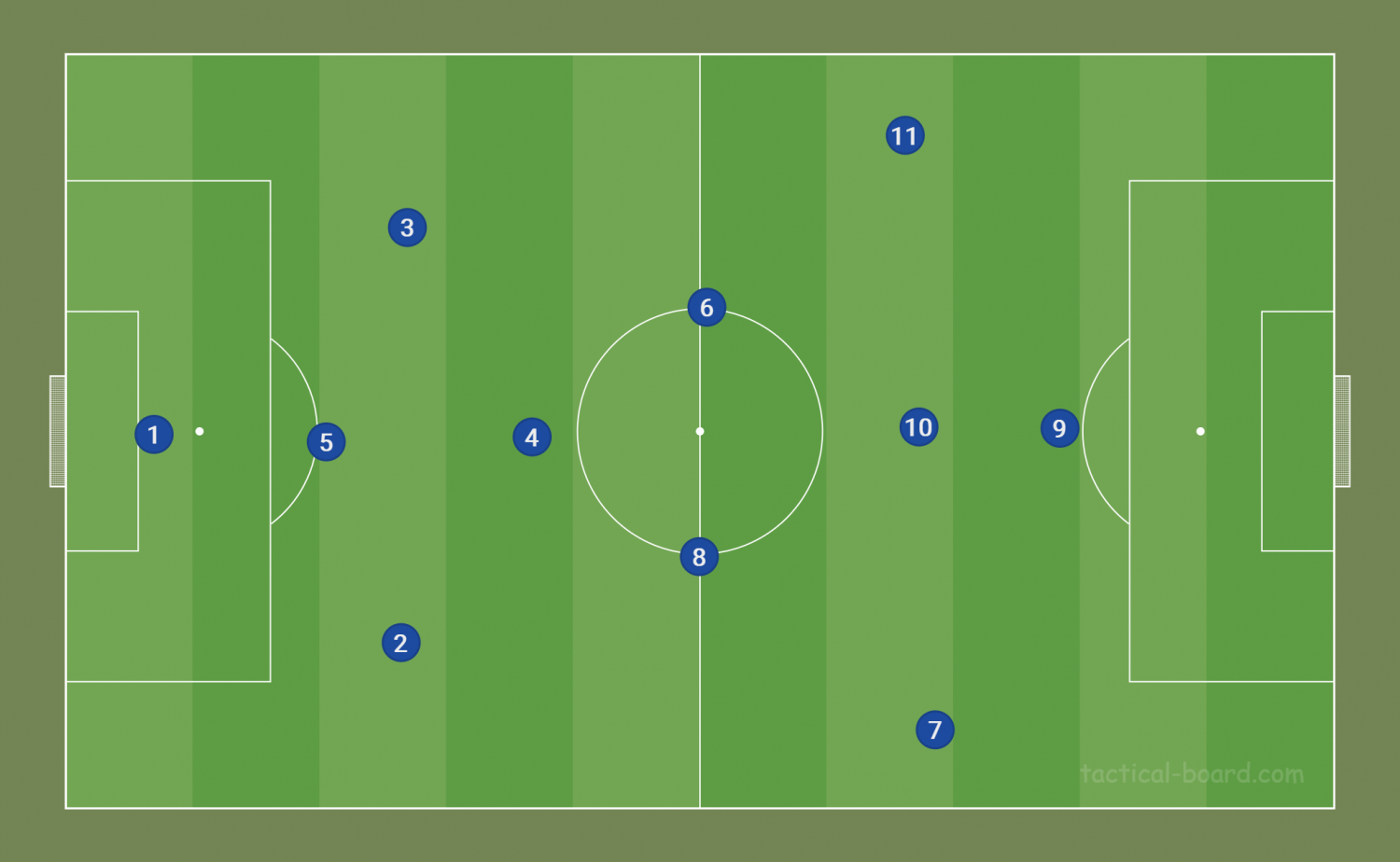 Johan Cruyff wanted to make the pitch as small as possible when out of possession, but he wanted his team to stretch the pitch in possession. This wide positioning often took shape when the team played out from the back, and the wide defenders were key as they had to move into wider positions to create passing angles. As mentioned before, opponents often played with two strikers, and with Cruyff using three defenders meant they could have a numerical advantage when playing out from the back with it being a 3v2 situation. The single-pivot would also be a passing option. He made horizontal movements to collect the ball from the Libero if the strikers chose to press, closing down the defender's passing angles. The central defender also had the license and ability to play the more direct ball. 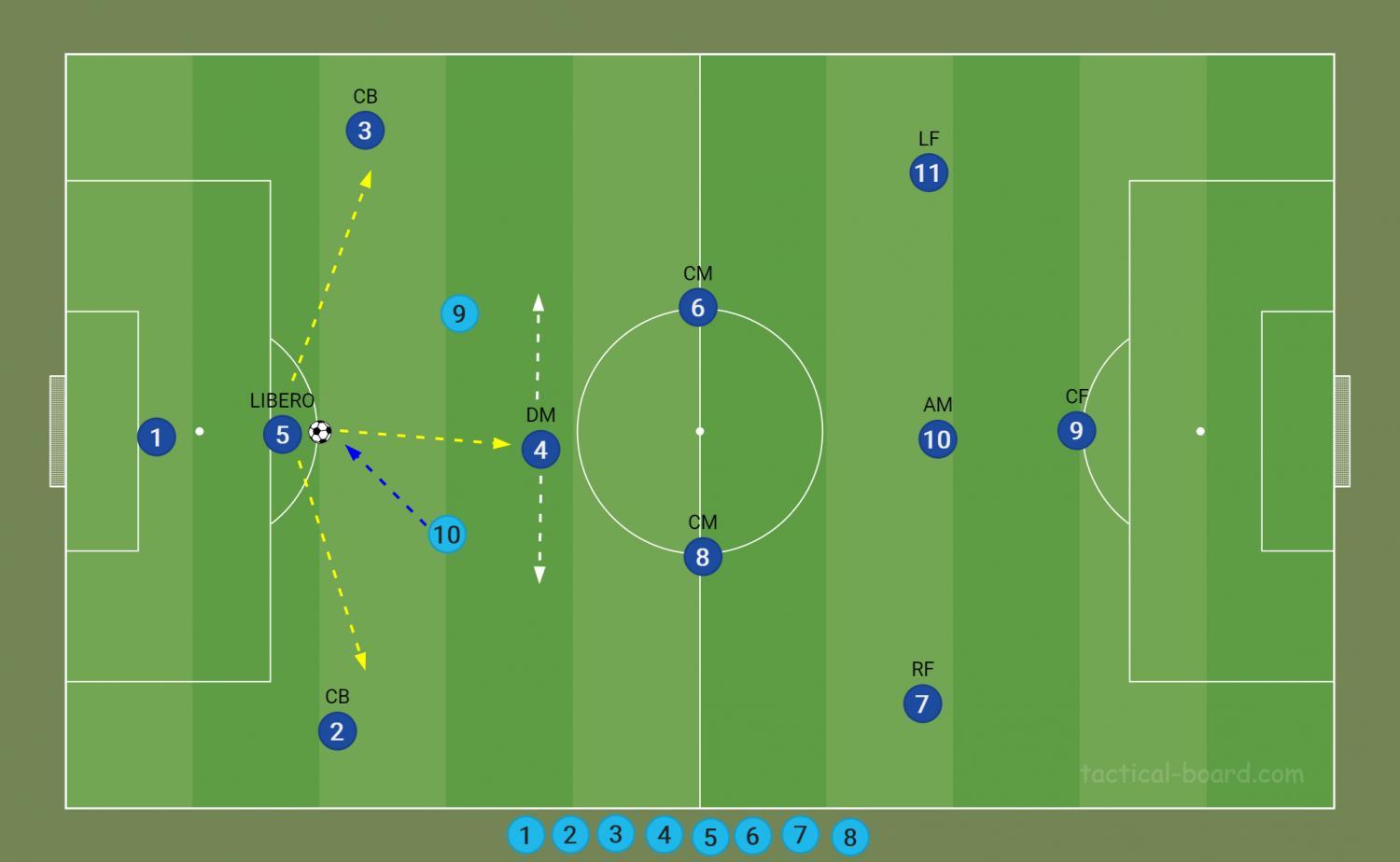 The defensive midfielder was the hub, almost as if the team was moving around him as he kept things ticking. On the ball, he made the vertical passes feeding the attacking players, and off-the-ball, Jordi Cruyff described Pep Guardiola, who played in this position, as a master of angles. Ahead of the defensive midfielder are the two central midfielders who had two different roles though they were primarily creative players. But one was more of the engine and making forward runs into the channels to stretch the opponents whilst the other had the job of linking the midfield and attack, mainly supported the defensive midfielder in progressing the ball further up the pitch, almost acting as the more advanced playmaker. 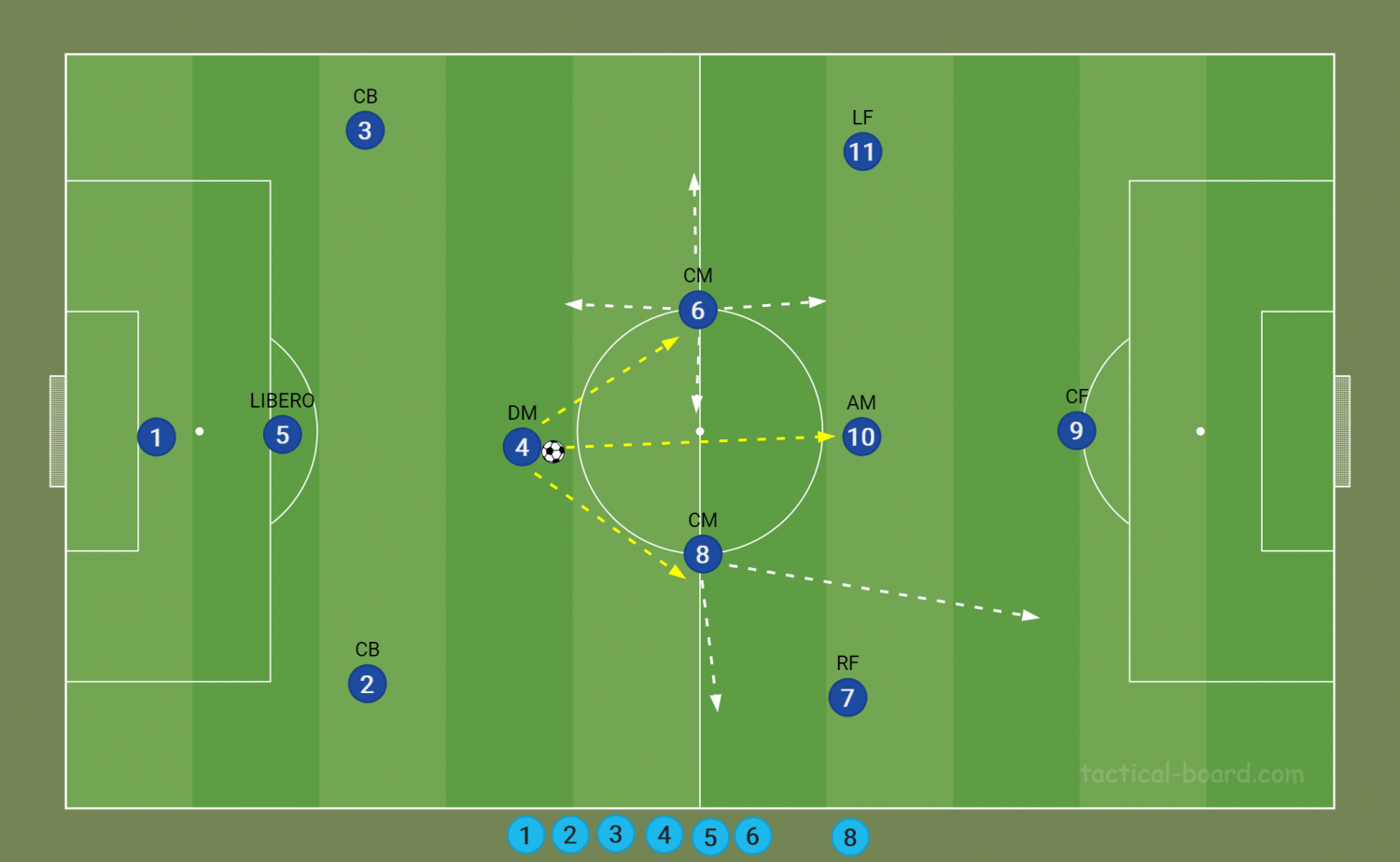 The two wingers stretching the pitch and staying wide meant that the central players had space to operate and roam around. The striker wasn't a typical number 9; he was a false-9, which disrupted the opponent's defence because he looked to drop into the midfield and often caused a defender to follow and create a gap in the defence. This allowed either one of the wide men to move in centrally or the attacking midfielder to penetrate that gap. But this wasn't heavily relied upon. The attacking midfielder didn't purely focus on getting in behind because he also had to help overload in the defending teams' midfield, creating a 5x4 situation (if the opponents played a 4-4-2) again, gaining a numerical advantage. 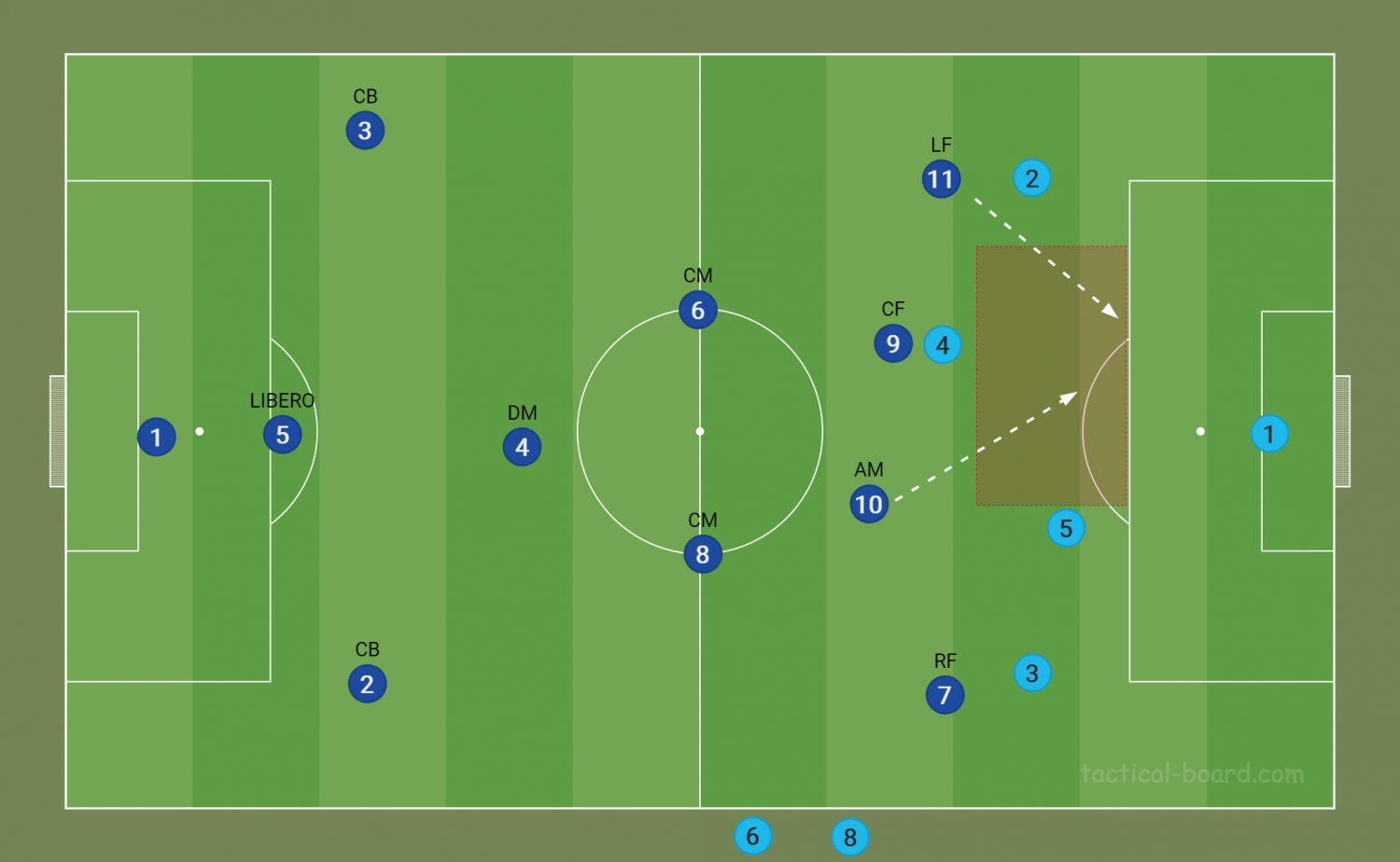 The attacking players had the job of releasing pressure on the defence, and this meant they had to engage and press high; this also allowed the defence line to be higher, to remain compact. Being compact also helped with their transitional play, as players remained close to each other, and this meant it was easier for them to roam around and swap positions. It was important to win the ball back as quickly as the team could because a long period without the ball could be dangerous and left the team vulnerable. 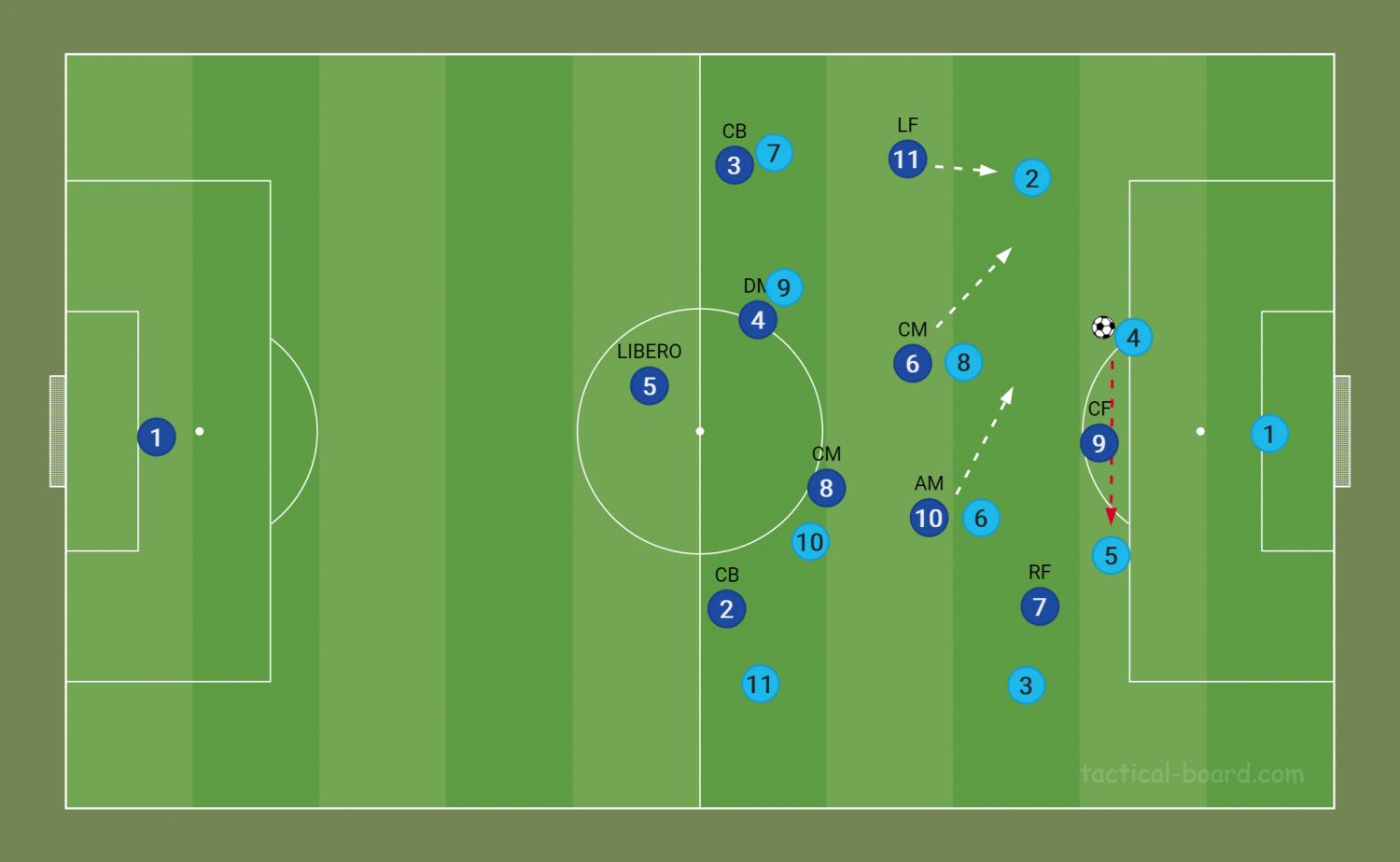 Johan Cruyff was fascinated by angles and triangles, not just in football. But in football, he felt the more triangles you have, the more options to play. But he also didn't like them on the same lines; for example, with the triangle between the DM and two CMs, the DM would be deeper to avoid all 3 midfielders being out of the game if one had lost the ball. 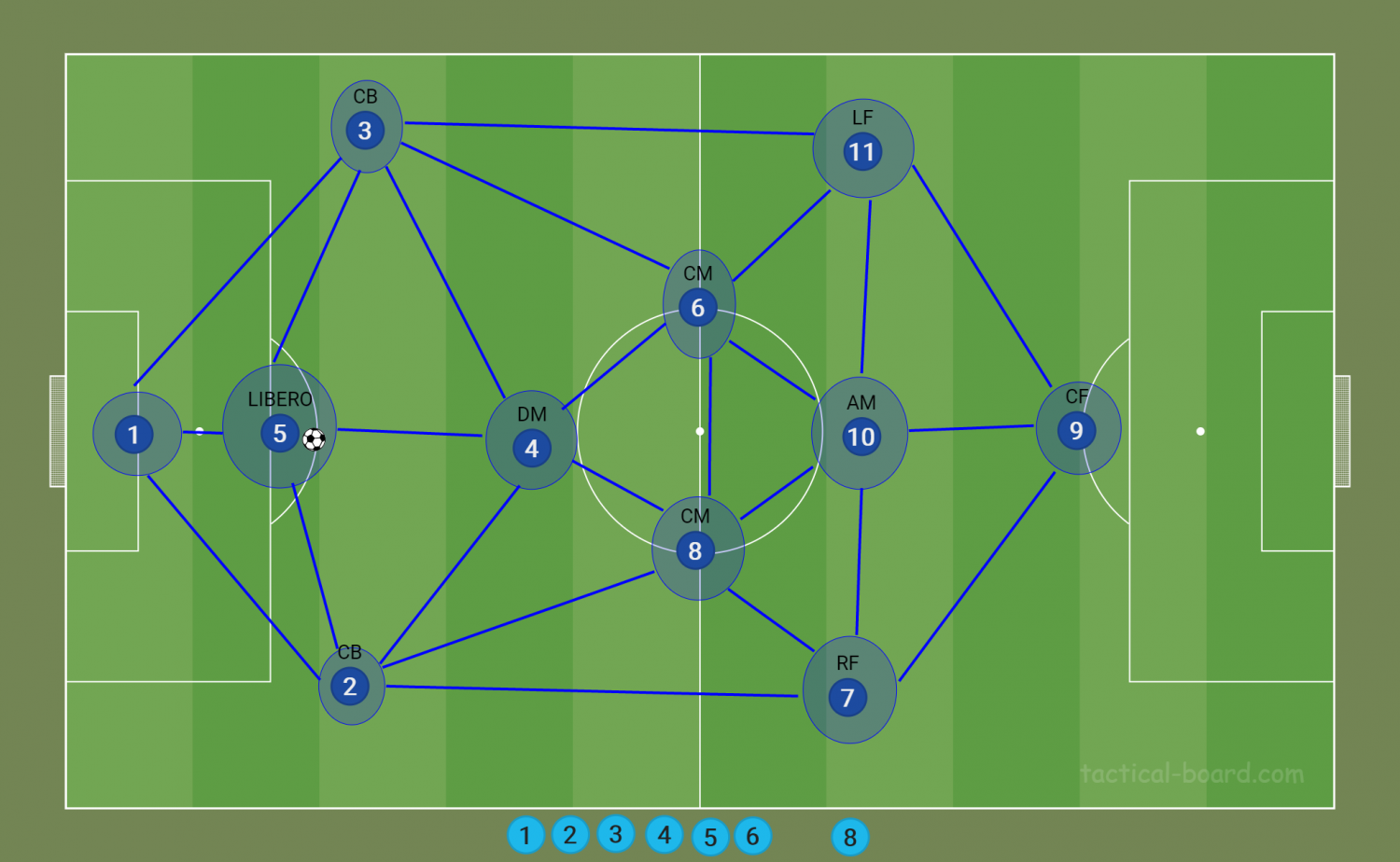 3-4-3 wasn't the only system Cruyff used and the 4-3-3 was the formation he predominantly used before introducing the 3-4-3 and it was in the 4-3-3 we got to see him use inverted-wing backs. He could also form a diamond using the 4-3-3 but he felt it lacked width once the diamond was formed and the 3-4-3 gave him more triangles and diamonds.

And that wraps up my tactical analysis on Johan Cruyff's 3-4-3. I hope you have enjoyed the read. 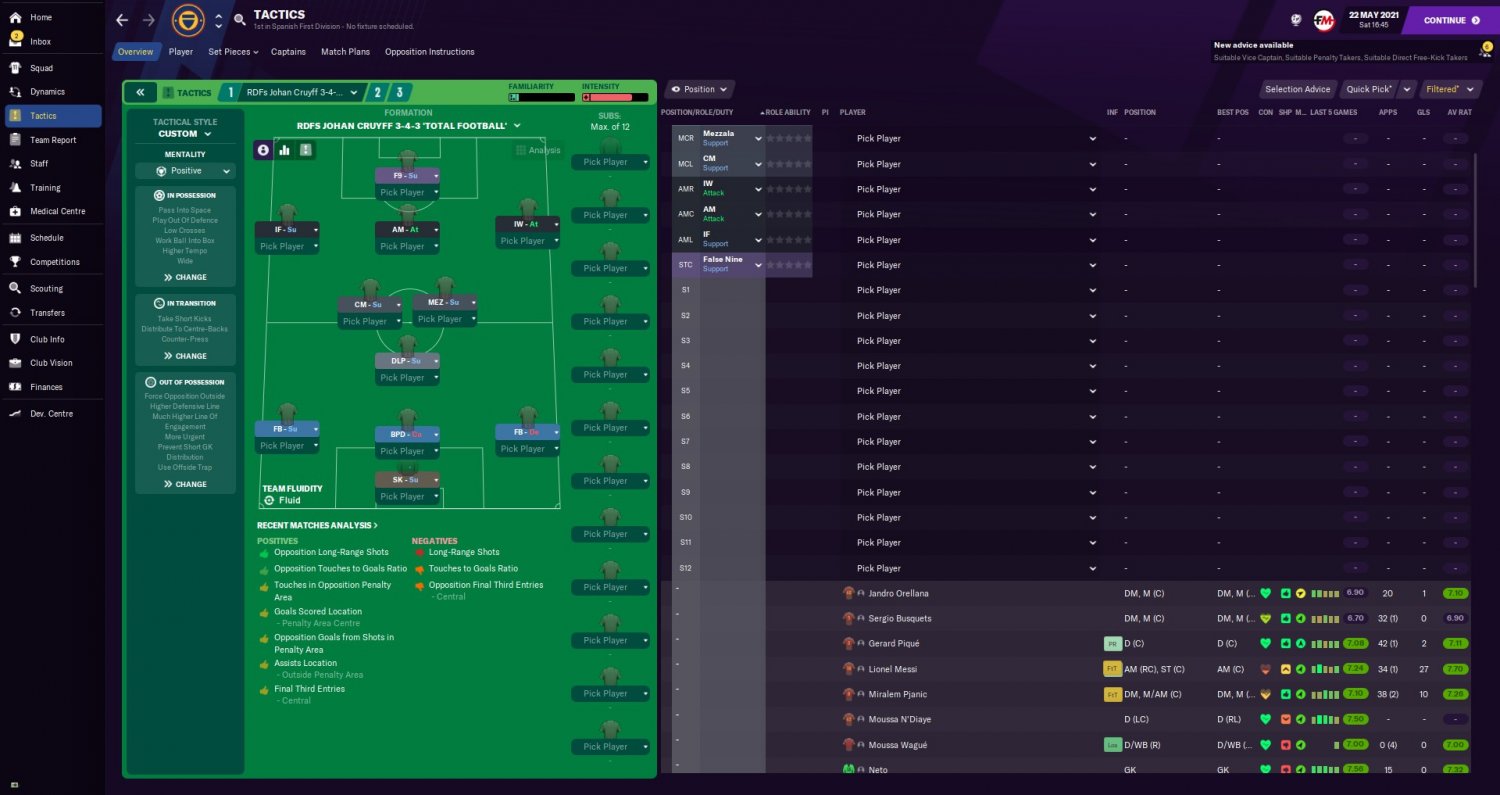 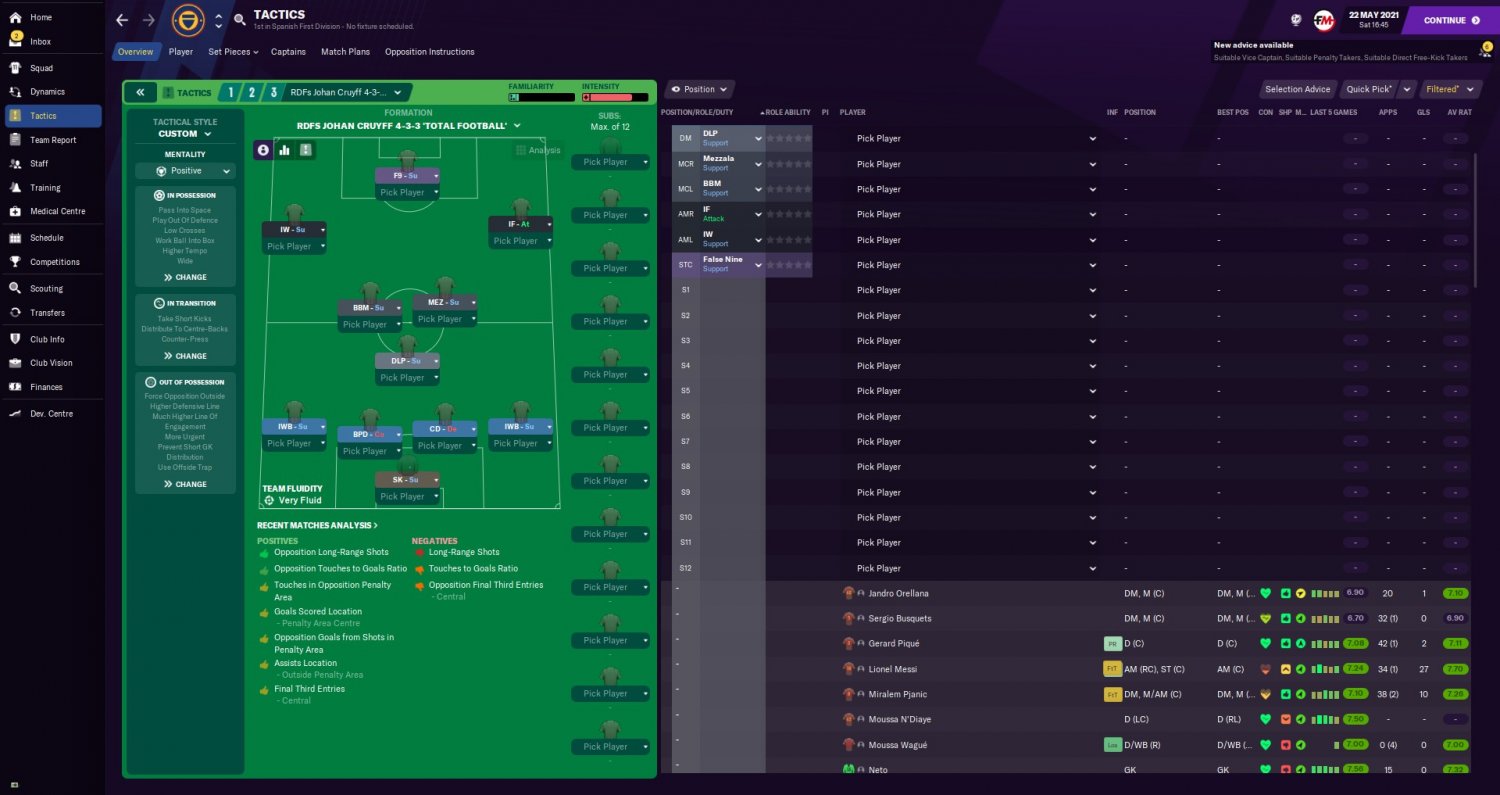 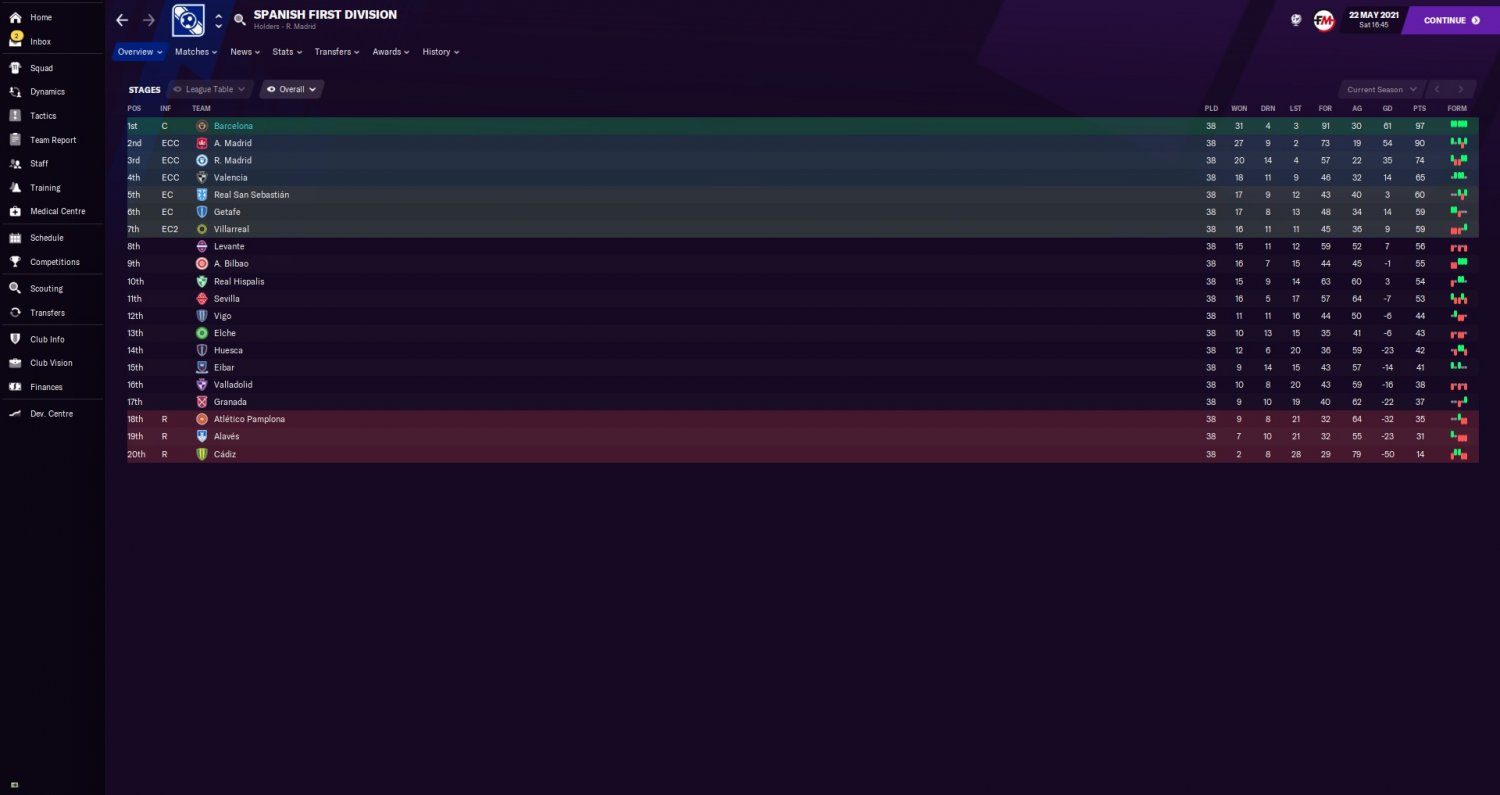 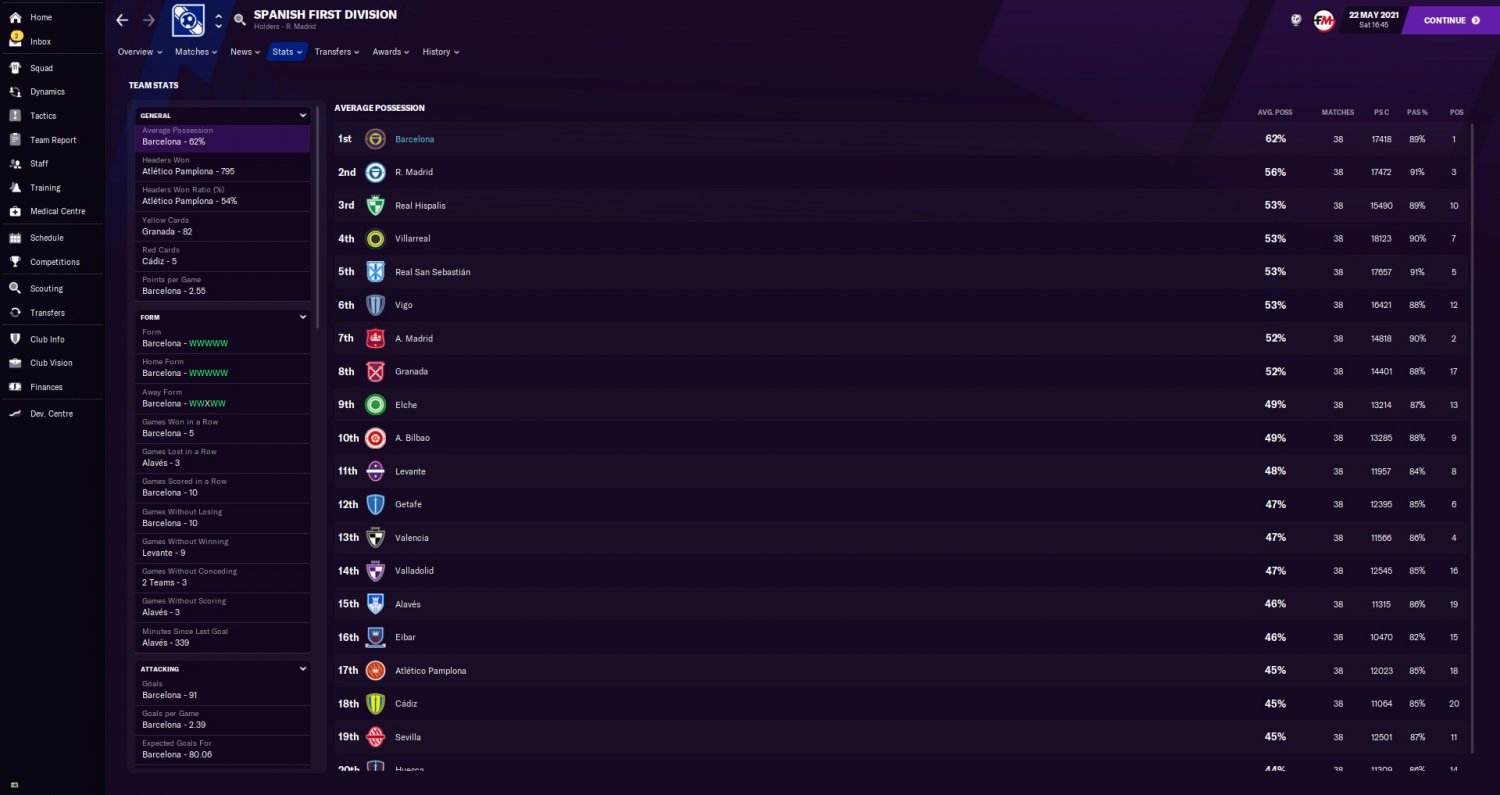 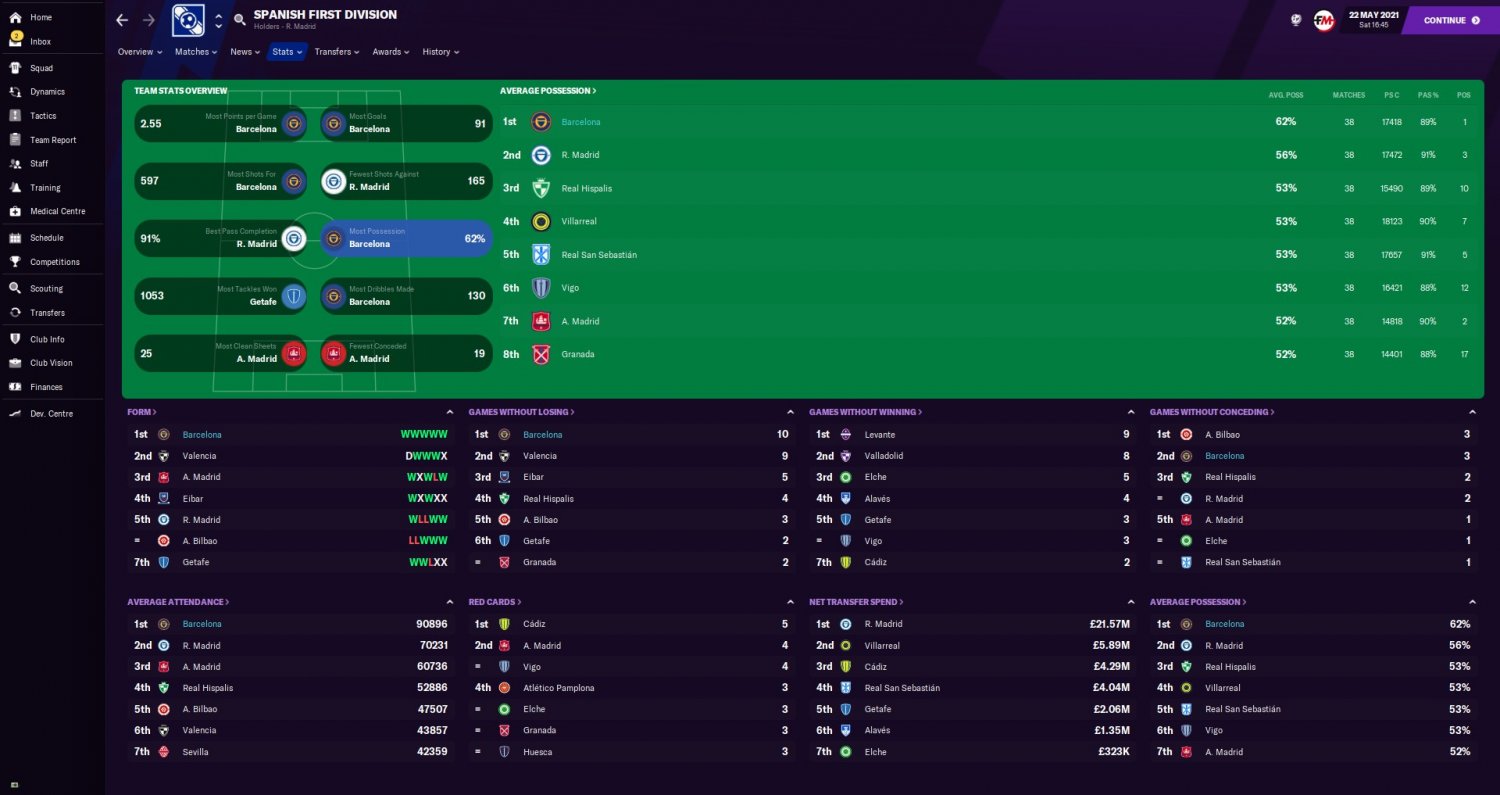 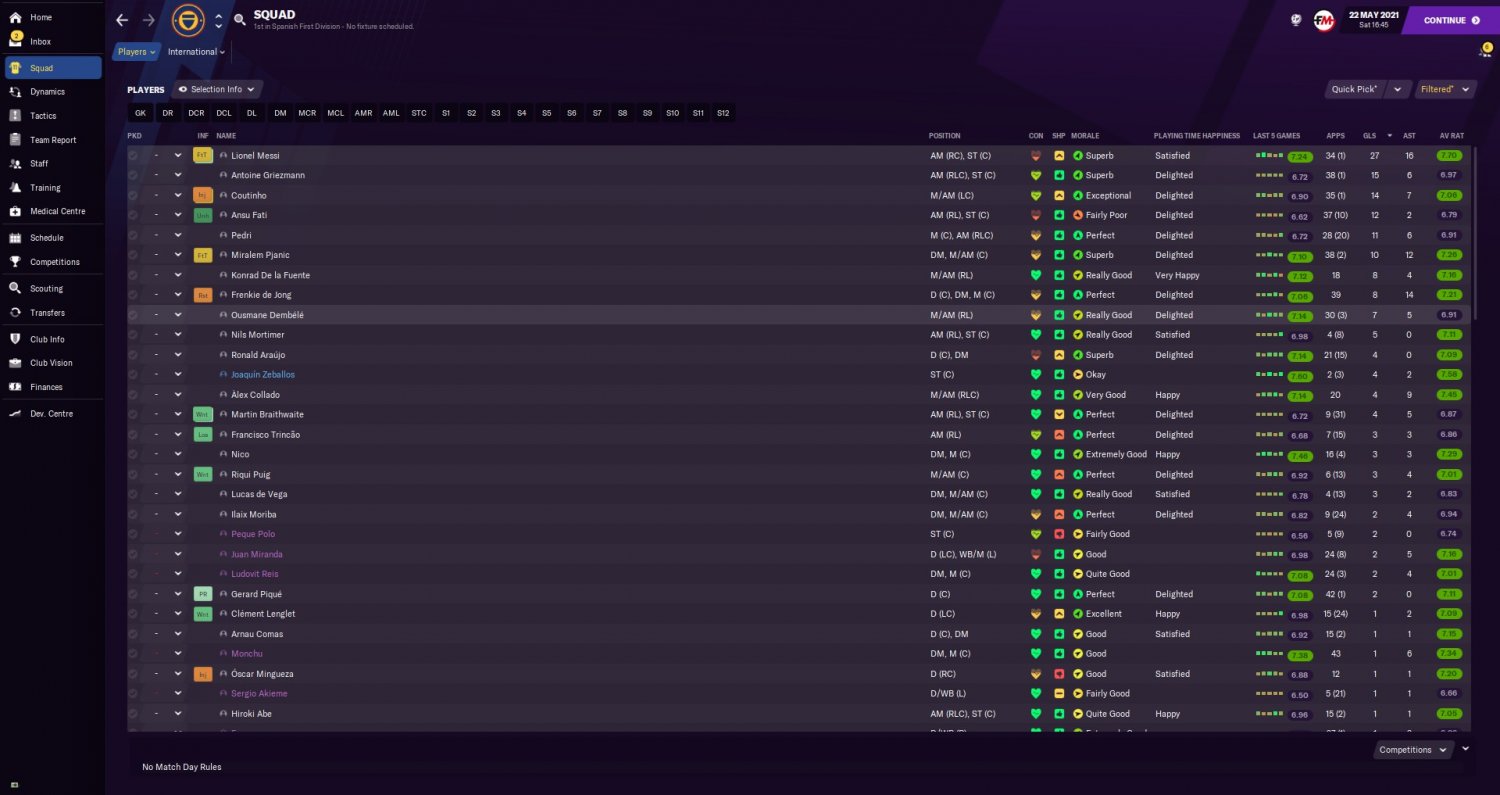