Download
Overview History Discussion
I had some succes, creating wings 'n things in FM19, but i've been struggeling in FM20 like most of us i guess. A crazy ME made it hard for all of us. But with the new public beta ME, i decided to give it a try again.

As always, i am starting with FC Copenhagen in Denmark, and i've only tested for 13 league games, and being the absolutely best team in Denmark, i don't know if this tactic will fit all teams, only big teams, or if it just sucks..

i wanted to utilize the AMC postion, playing great football and controling the match. 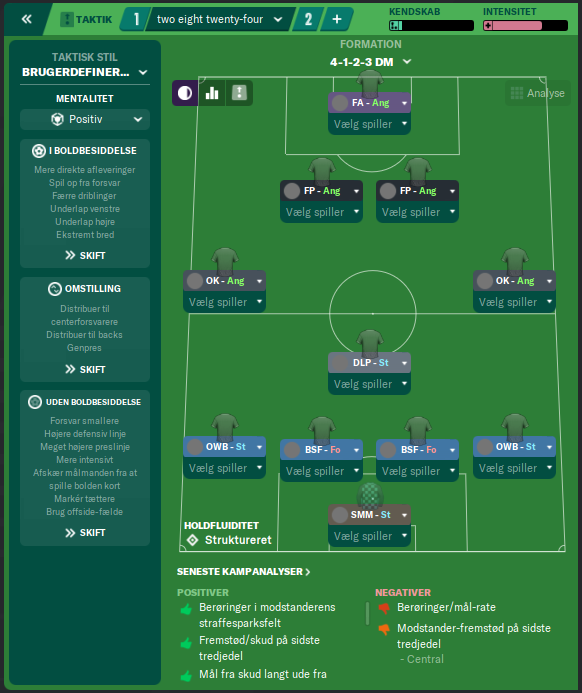 Plaing in the league i'm leading. 13 games, 12 wins and a single draw. scoring 36 and conceeding only 4 goals. with most goals are scored between 30-60 min. Tactic is averaging 53% possesion.

I have got 7 penalties in just 13 games, which comes of a lot of play around the box, only 1 goal comes from corners, so the setpices might improve the tactic further.
Creating 69 chances in 13 games (5,3 avg) makes me believe that i will vin most games - having 2-8 CCC per game, will give goals sooner or later. Also 45% of the shots are on target, with just above 10 shots on target per game.

i've been batteret 0-5 against barcelona and also lost 1-0 against Shakhtar, so it could be tweaked versus better teams, i would also love ideas to improve the DM and striker, (even though their ratings are like 7.30 -ish ??????)

NO OI, Assistant takes all training - i just plug and play 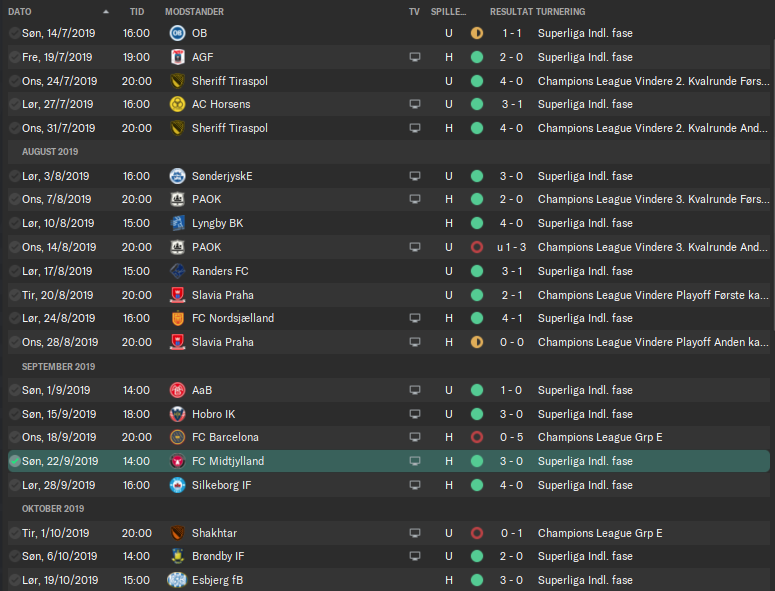