It has been confirmed today that Old Trafford favourite Eric Cantona has taken over as manager of Manchester United after Sir Alex Fergusons exit earlier this month.​


He does not seemed fased about taking over as the manager of the worlds biggest club bringing his usual style and arrogance along.​


Cantona has taken over in a time of dismay at Old Trafford as stars such as Wayne Rooney and Michael Owen are apparently leaving Manchester united.​


In a brief statement Cantona said " It is a dream to back in Manchester after my time away. I believe I can take this team to new heights and mount a serious challenge on the EPL and Champions League. I have to address the squad and remove any dead wood or unhappy players. But I can assure the players and fans I will be bringing in new faces not just playing staff but coaches and scouts. I ask for patience in this transistional period. Thank you."​


It is unsure who Mr Cantona has his sights on at this moment although a formal press conferance is scheduled later today but the Old Trafford faithful believe in Cantona and are cueing outside of Old Trafford.​ 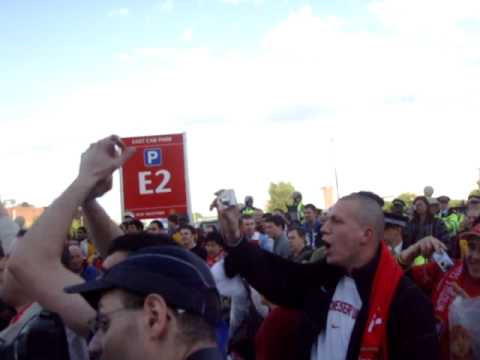 What will this excting new time bring for Manchester united ? ​

yeh but i won't be getting fm 2011 so i may aswell do one. pre- season results coming up
S