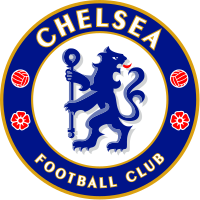 Team News
Chelsea will be without Didier Drogba, who is suspended following his dismissal against QPR.
Fernando Torres could return to the starting XI after completing a three-game domestic ban, while Ramires is fit after a knee injury.
Arsenal's Thomas Vermaelen could make his first Premier League appearance since August.
Fellow defender Carl Jenkinson faces a fitness test but Kieran Gibbs is still unavailable.

For Chelsea this game comes a month later than they may have liked.
The Arsenal side they will face at Stamford Bridge is much improved from the ragged, confidence-shorn outfit that had plunged the Gunners into crisis by mid-September.

Beaten by Liverpool, humiliated by Manchester United, and then outmanoeuvred by Blackburn, Arsene Wenger's team found themselves charting unfamiliar territory in the bottom half of the Premier League. But since that defeat at Ewood Park they have made steady progress towards respectability. Robin van Persie's goals - six in his last four league games - have been no small part of that improvement.

However, they are on a poor run away from home and, as restorative as victories against Bolton, Sunderland and Stoke have been, beating Chelsea on their own patch is a completely different prospect.

Andre Villas Boas's side have gone about their business quietly but effectively so far this season. Defeat against QPR was an unexpected setback, but even with nine men they could still have salvaged a point.

Chelsea still start as favourites but they will have to curb the indiscipline that saw them pick up two red cards and another seven bookings at Loftus Road.

Arsenal's 3-1 win the last time the two sides met, at the Emirates in December 2010, was their first in six games against Chelsea.

Chelsea have lost just three of their last 19 games in all competitions against the Gunners.

Arsenal have lost their last two Premier League visits to StamfordBridge - both by a 2-0 scoreline.

Chelsea have gone eight Premier League games without a clean sheet for the first time since September 2003, when the run was nine.

They are unbeaten in their last 10 Premier League home London derby matches, winning each of the last nine. Their last loss was a 2-1 defeat to Arsenal in November2008.

Andre Villas Boas's side have won all four Premier Leaguehome matches this season.

Since making his debut in February, David Luiz has conceded more penalties (3) than any other Premier League player.

Chelsea's next goal will betheir 6,000th in league football.

Ashley Cole, who has played every minute of Chelsea's Premier League games this season, is set to make his 450th club career start.

Arsenal are on a run of eight away league games without a win - their longest in the Premier League.

Robin Van Persie has 25 goals in 26 Premier League gamesin 2011 - more prolific than any other player.

If Arsenal lose it will equal their worst run of away defeats (4) in the Premier League.

The Gunners' win against Stoke was the first time theyhave collected back-to-back victories in the Premier League since February.

This will be Wenger's 30th Premier League match against Chelsea, having won 13 and lost seven of the previous 29.

The Gunners have conceded more goals from free-kicks (5) than any other Premier League side this season.

After serving a three game suspension for an over the top lunge back on the 24th of September, Fernando Torres returns to domestic action for Chelsea this weekend as Arsenal make their way to Stamford Bridge. Having struggled under Carlo Ancelotti in his debut season with just a single goal for the Blues in 14 appearances, it appeared the weight of expectation on the £50m striker was becoming too much of a cross to bear.

A poor start to the new campaign only fuelled the doubters’ fire - Torres had lost it, Torres was a waste of money, a liability, they claimed. The media’s fixation was met with mere bemusement by Villas-Boas, though, and, as the games started to pass and Chelsea’s style of play changed to one more suitable to his game, Torres started to improve. A goal at Old Trafford opened his account for the season and briefly offered hope but an open goal miss was what most remembered, as Chelsea tasted defeat for the first time under the new manager.

The following game saw Torres again undo all the good work gone before - opening the scoring against Swansea within half an hour; he then launched himself into an over-exuberant challenge that subsequently saw him dismissed.

While sitting out of domestic matters, he’s been turning out in Europe, and a look at Torres’ stats compared to Didier Drogba’s from each of their last five games in all competitions suggests he’s anything but an out-of-sorts striker. As WhoScored discovered, Arsene Wenger has every reason to be wary of the return of El Nino this Saturday lunchtime:

Torres assisted both goals in the 2-0 Champions League game at home to Bayer Leverkusen, firing in 6 shots, with 2 on target as Chelsea kicked off their European campaign in strong style. The following game, the 3-1 defeat at Old Trafford, he scored his first of the season, again producing 6 shots at goal - a demonstration of his consistent goal threat.

The aforementioned red card against Swansea came after he had again scored, and Torres left the field with the score at 2-0 to Chelsea, with Ramires adding a second just before his dismissal. A tricky away trip to Valencia saw him fail to get involved in the goals for the first time in three games and Villas-Boas subbed the Spaniard off after 72 minutes, but Torres’ following match saw him play the entire game, grabbing a double as the Blues swept into a 4-0 lead by half-time against Genk.

All in all then, a summary of his last five appearances for Chelsea has seen Torres manage 6 shots per game whenever Villas-Boas has played him for the full ninety minutes. He’s managed 10 shots on target from a total of 21, which is a 47.6% accuracy, and grabbed 4 goals.

In terms of creativity, he produced 8 key passes, resulting in 2 assists and made 13 successful dribbles over 381 minutes. Further analysis of the five games shows that when Torres was on the field, Chelsea scored a total of 11 goals - he played a part in 6 of these, a contribution of 54.5%.

Drogba played 71 minutes against Norwich, but a punch to the face of the Ivorian by the Canaries keeper John Ruddy forced him off with severe concussion. Ruddy was sent off later in the game and although the scoreline was 1-1 at the time, Chelsea grabbed another couple to seal victory.

His next appearance was towards the end of the 4-1 win over Swansea. A brief 11-minute cameo allowed him the chance to find the net, though Chelsea were already 3-0 up and coasting. The next game, a 5-1 win at Bolton, was something of a disappointment. Drogba played the full 90 minutes and while the likes of Frank Lampard bagged a hat-trick and Daniel Sturridge scored twice, Drogba could only managed 2 shots at goal, though, from 3 key passes, he picked up an assist in the Reebok rout.

Despite playing the entire game in the 3-1 home win over Everton, Drogba’s outlay was again minimal - just a single shot and key pass all match. He lasted 41 minutes at Loftus Road last weekend before a lunge on Adel Taarabt saw the Ivorian dismissed and banned for three games, having fired off a single shot and making 2 key passes prior to his dismissal.

While Drogba has played 78 minutes less than Torres over his last five games, the difference between the pair is substantial and it’s clear just how much Villas-Boas’ type of play suits the Spaniard in comparison. Drogba managed just 7 shots - this works out as 1 shot every 43 minutes- Torres, in comparison, had 1 shot every 18 minutes. Drogba managed 3 of his 7 attempts on target, an accuracy of 42.8%, though he scored just 1 goal to Torres’ 4.

His creativity is similar, with 6 key passes returning 1 assist - in addition, Drogba made just 2 successful dribbles. Again, further analysis shows that Chelsea scored 10 goals over those five games when Drogba was on the field - he played a part in 2 of them, a contribution of 20%.

As the season has unfolded, it’s obvious that Chelsea have, indeed, one centre forward who is very much bang out of form. Unfortunately for Arsenal this weekend, it’s the one who is just about to start his suspension, not the one on the verge of a return. WhoScored's average match ratings of the duo's past 5 games only strengthen the notion that Torres' return will be an untimely one for Arsenal with the Spaniard having average 7.63 in his recent appearances in comparison to Drogba's 6.61.
R

Can't see past Chelsea for this. Full backs a very weak position for Arsenal, Mata could have a field day.

Think Torres is going to turn it on in style. Back to his old self. 3-1 Chelsea with Torres to get 2
R

Can only see a loss here unfortunately.

Redrup said:
Can only see a loss here unfortunately.

lal, minutes per shot. Would like an Arsenal win but can't see it either

Would like an Arsenal win but not looking likely. Only player who can make huge difference is RVP, if he can keep up his form then Arsenal have a chance to take something out of this game but it will be very hard.

Chelsea to win 2-1 or 3-1. Hopefully Arsenal will prove me wrong.
C

Draw or Chelsea win please. Just anything but an Arsenal win.
M

Just got DVR today, I can record the game and watch it without having to wake up at 7 am
P

Can only see a Chelsea win. However just like the match against QPR if their discipline gets poor that will be their downfall
M

Confident we can get something from the game. Vermaelen should be back which helps the defence and van Persie will hopefully be van Persie and get a goal or two.

Not as confident of a win this game as I thought I would be a month ago. Arsenal are starting to improve and Van Persie has been amazing. 2-0 Chelsea is my prediction.
S

Ideal result for me is a draw, but a Chelsea win is a close second.

Anything but an away win and I'm happy.
L

i couldn't ask for more than a draw. but a dramatic win will be great

Its our discipline which is the problem... 3 red cards in the past 2 games and if we had avoided that, we would in all fairness be second in the table

Anyways, I just hope we can shackle RVP, he s by far Arsenal's main goal threat and I am hoping Torres finds his old self and bangs in the goals, particularly looking forward to seeing him and Mata link-up, both always do so well when they are on the pitch together and Sturridge has been brilliant so far, can see a 3-1 win although it will be a close match
C

I think this all depends on what Arsenal turn up, if the fragile defence and non tracking back midfield turn up then i can see Chelsea winning something like 4-2. But if Arsenal turn up properly set up to stop Chelsea then they might get themselfs a draw. Saying that i think it will be 2-1 to Chelsea, Torres and JT with the goals for Chelsea and RVP with Arsenal's goal.
S

hope this ends up like it did in November 2008