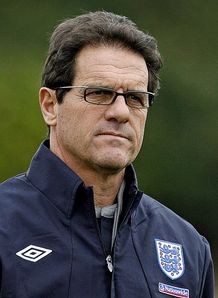 Capello Resigns as manager of England, it is believed it is because he is missing training with players every day, like he would in Club Football. It is Believed that England want a young,English manager to replace Capello. The Early Favourites for the Job are :
​
Favourites for England Job

Redknapp and Co it's a No
​
Harry Redkanpp today dismissed speculation that he was going to be the next England Job, he realesed a statement that read" I although not many of you will agree with me, I think that my Job at Tottenham is more Important that ANY Job at England." Next Jose Mourinho and Ian Holloway announced that they did not want the England Job. West Brom Manager Roy Hodgson said it would be to soon to join England after just a couple of weeks at West Brom and Gareth Southgate said that he was to focused on his youth Development project.
​
Favourites For England Job

I have it's well gd


Dunning Who?
​
The F.A. today shocked the world, by appointing 25 year old manager Craig Dunning as there next manager. Mr Dunning has never had a job in football, his first task will to sort out all of the current backroom staff, he will also need to decide what players will be key to him bringing success to England.
​
Staff Sorted
​
England manager Craig Dunning today fired all of the Italian Staff, he has replaced them with English Staff.
​
Stuart Pearce appointed Assisant Manager 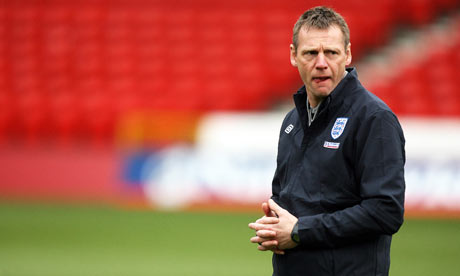 Kirkland Out!​
Chris Kirkland has picked up a virus while training for England. Un-Capped keeper Scott Loach has been brought in to replace Chris.
​
P