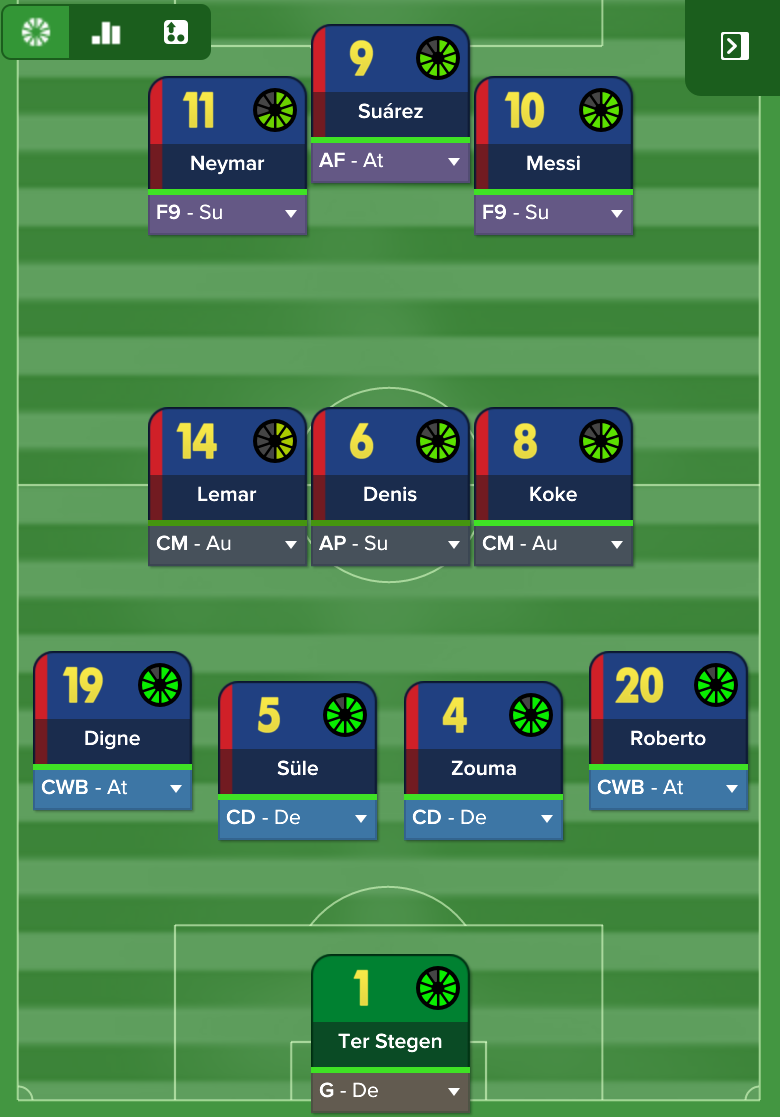 So since the fm17 beta came out I have been trying out my beloved Sublimity live on twitch and now its time to release it for you guys!!! - I call it Sublimity 17

The football being played is very simular to the original Sublimity created for fm16 - Beautiful - when that is said - I have to say I see a few small improvements in the match engine - Longshots tend to be more successful than before - so if you have a player who is good at that - I wouldn't think oh **** automatically as I guess you might have before - judge it by yourself - the match engine surely has become more alive than before - I like it!!

For player recommendations I will update below, but it should be fairly simple for you to look at the image above and find simular players

Retrain Wingers to F9 - It take a few matches and they will play like ****, but that will change

F.A.Q.
Can you use this tactic for smaller teams? In fm16 you could - so I reckon that's possible just make sure you get the players for the right roles - the only role I break the rules a little are the CM Auto - its ok if the players are not 13+ in tackling & marking - however the workrate the teamwork and the positioning attribute should be of quality - train either advanced playmaker from the centre midfield training or roaming playmaker if they have good teamwork - alternatively you could look into the deep laying playmaker schedule.

I also wanna add that this tactic you will most likely win with smaller teams in small european leagues like Poland Romania Holland Denmark etc etc - with lesser players - The trouble will be European mathces - Ofcourse in England they have more competitive teams so you will have to take a defeat once in a while - Other big leagues I don't know.

Teamtalks tips? Be careful with aggressive teamtalks as it can upset a player - I had Suarez become angry at me which meant he underperformed for 2 months - I recommend to use assertive teamtalks at halftime - saying you are not happy if they only lead by 2 against poorer opponents - against good/strong opponents I would be happy with them assertively unless they perform poorly.

How shall I deal with very poor moral from the players? As for now I will just keep playing them - I currently have Neymar unhappy "*****" and he scores hattricks in the process - he feels the midfield isn't high quality enough - I just sold alot of barca players.

Hows injuries in the game? I think when your season starts you should lower the intensity to average - and then you should rest all your first eleven players straight after each match between 2 - 3 days - do the resting at the squad screen to select all 11 at once. Injuries are not avoidable unless you cheat - I expect you not to - Some players are injury prone and you can simply not do anything about it unless you have an editor that you use

I instant result how does it perform on that? My X-wife said I was exellent at instant results - whenever I was microwave cooking - I don't like Instant results - I think its a cheap way of playing the game + I don't trust the results that the game spits out. I prefer you to play the game the way its meant to be - its up to you mate - not me


For Those Who Struggle - READ THIS!!! 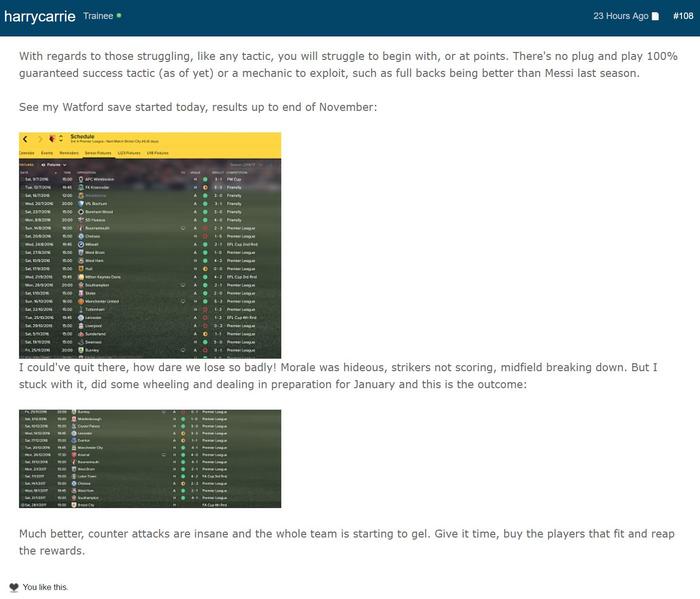 OI's NONE Or THESE 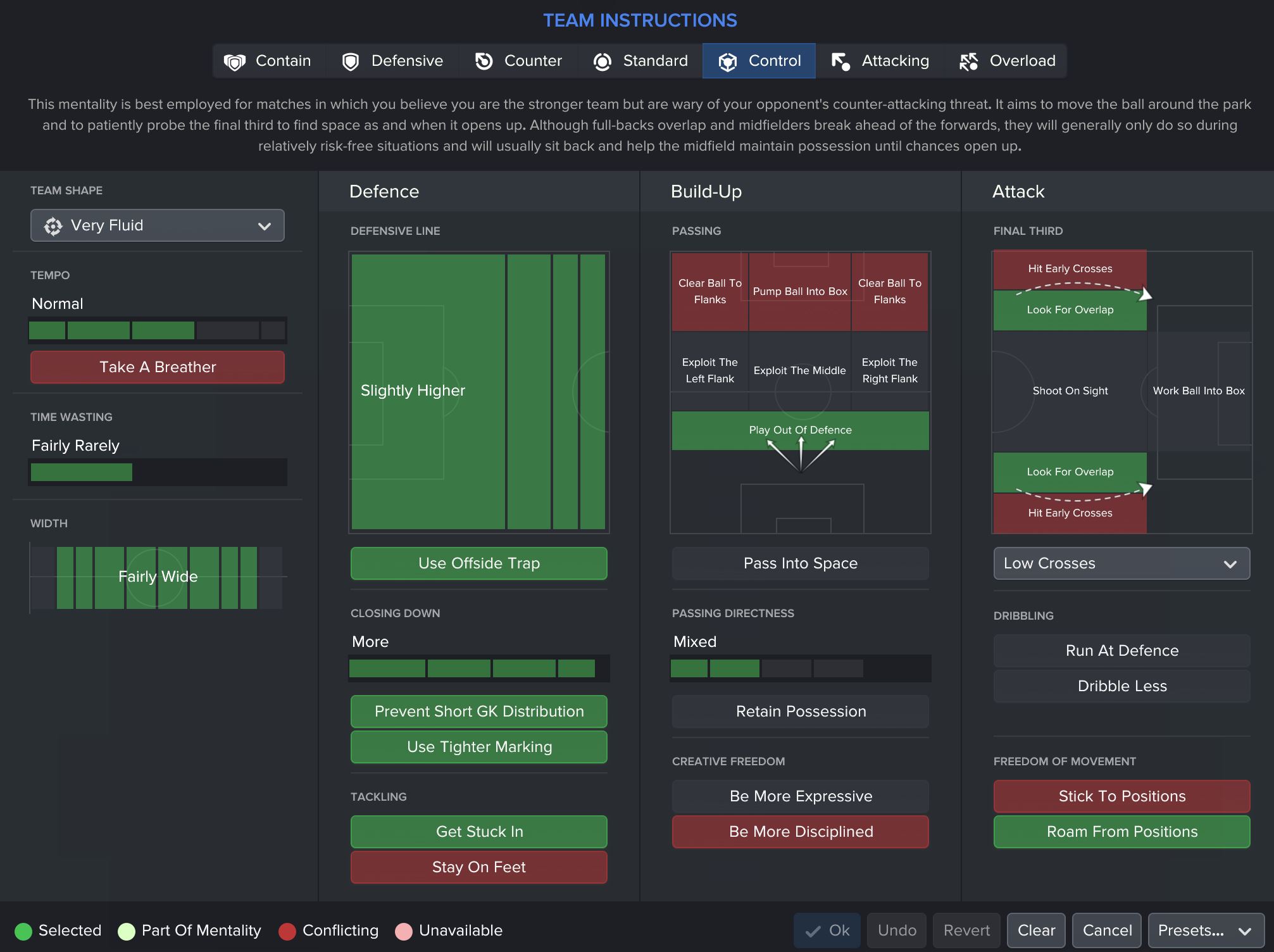 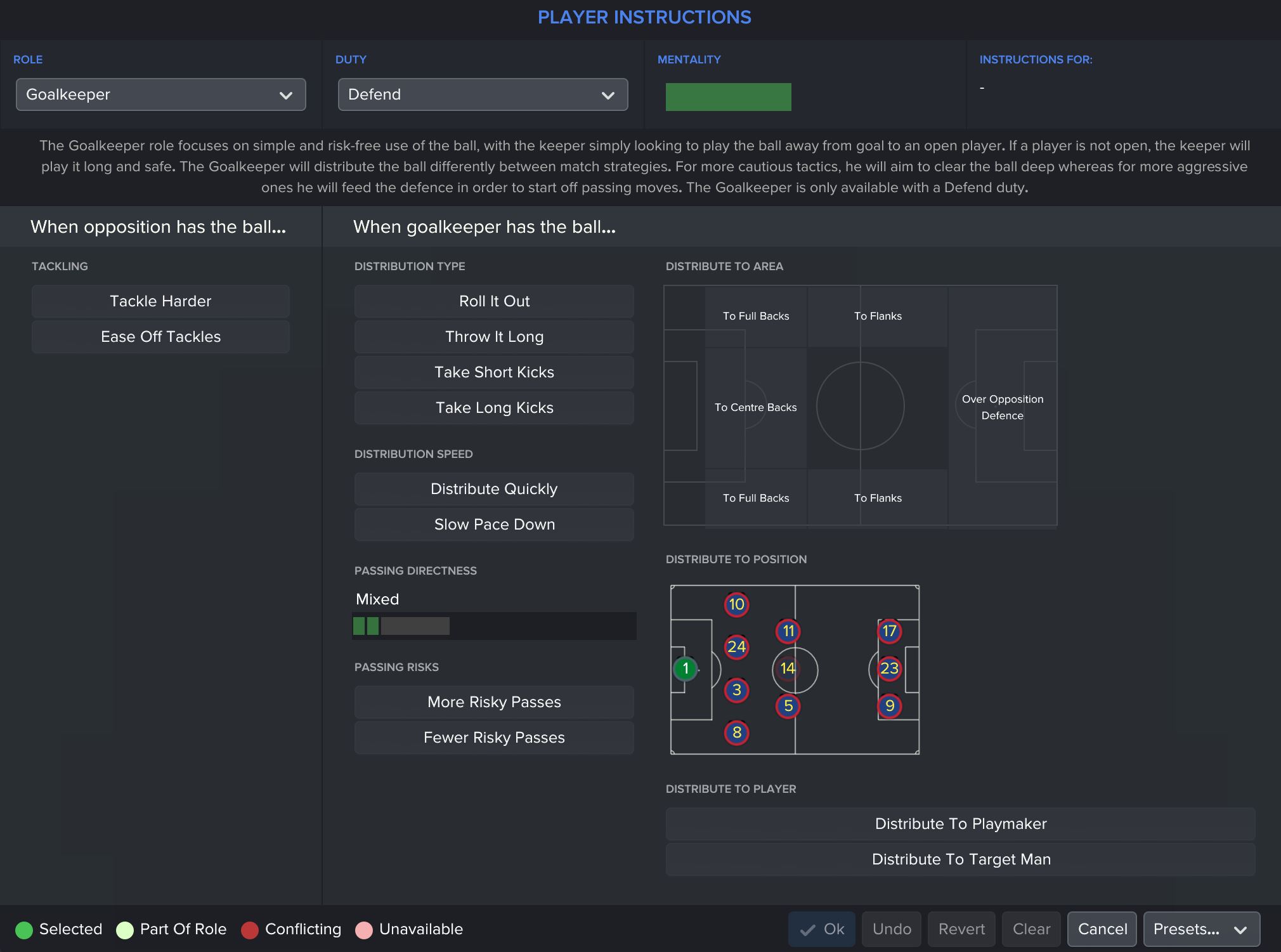 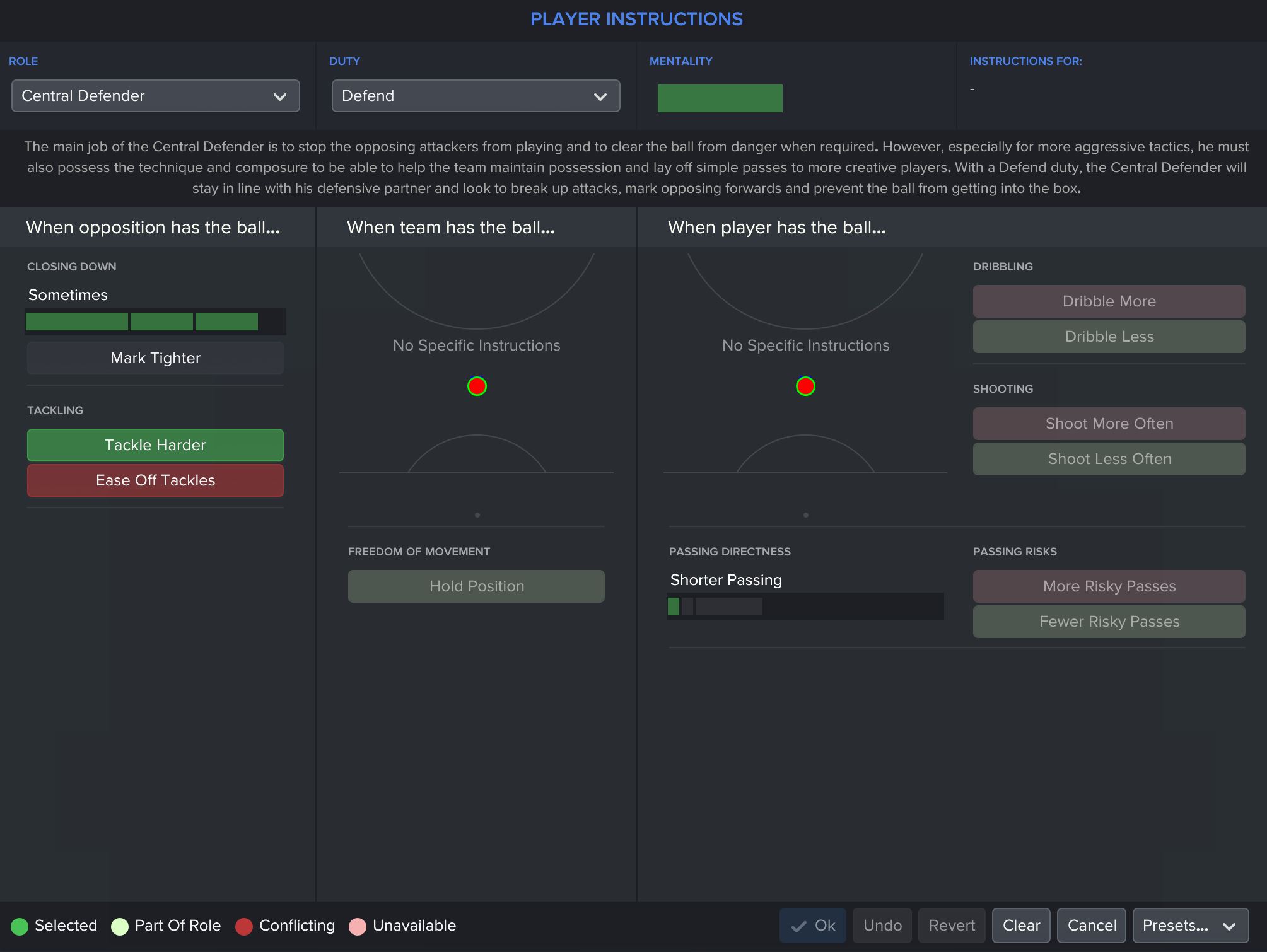 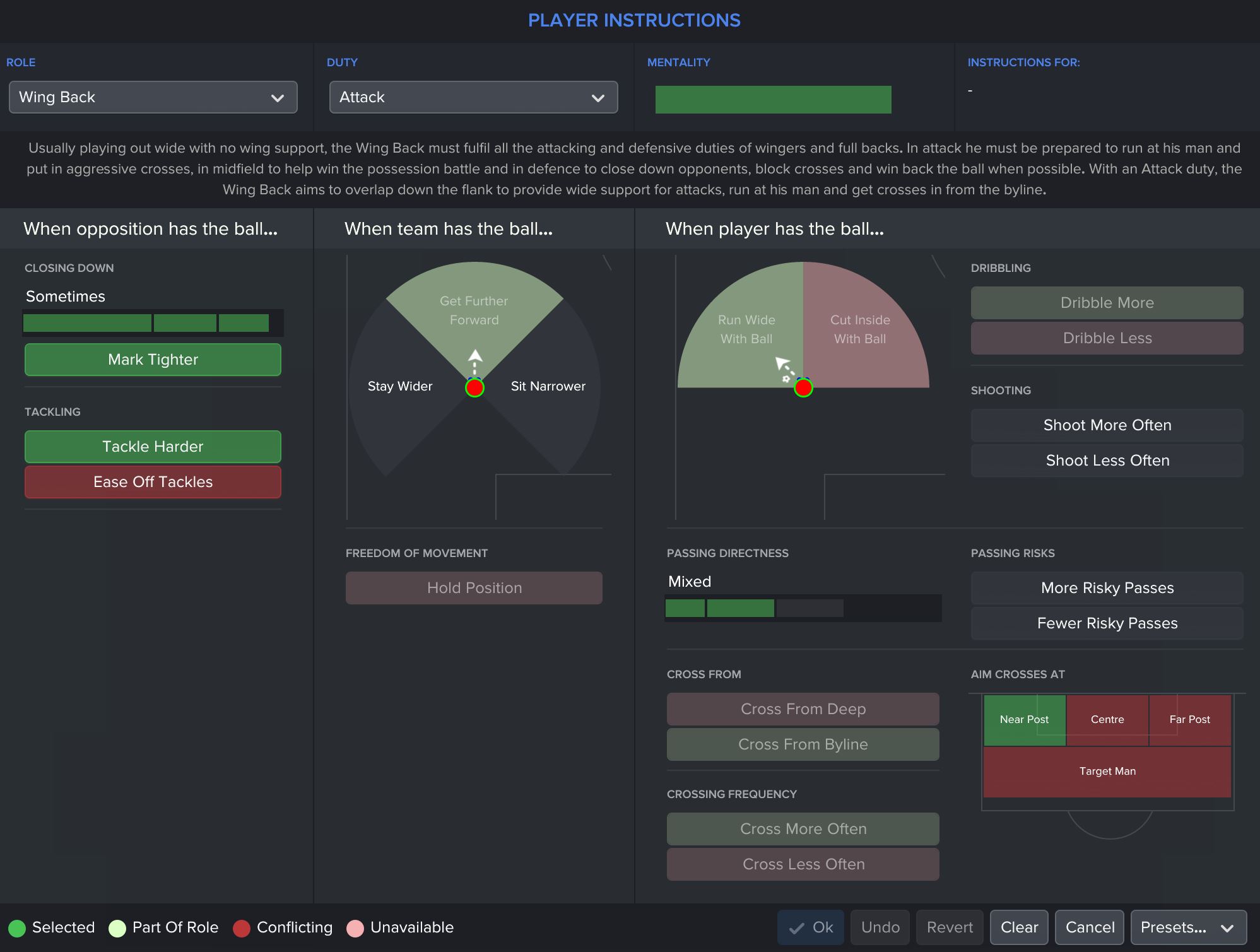 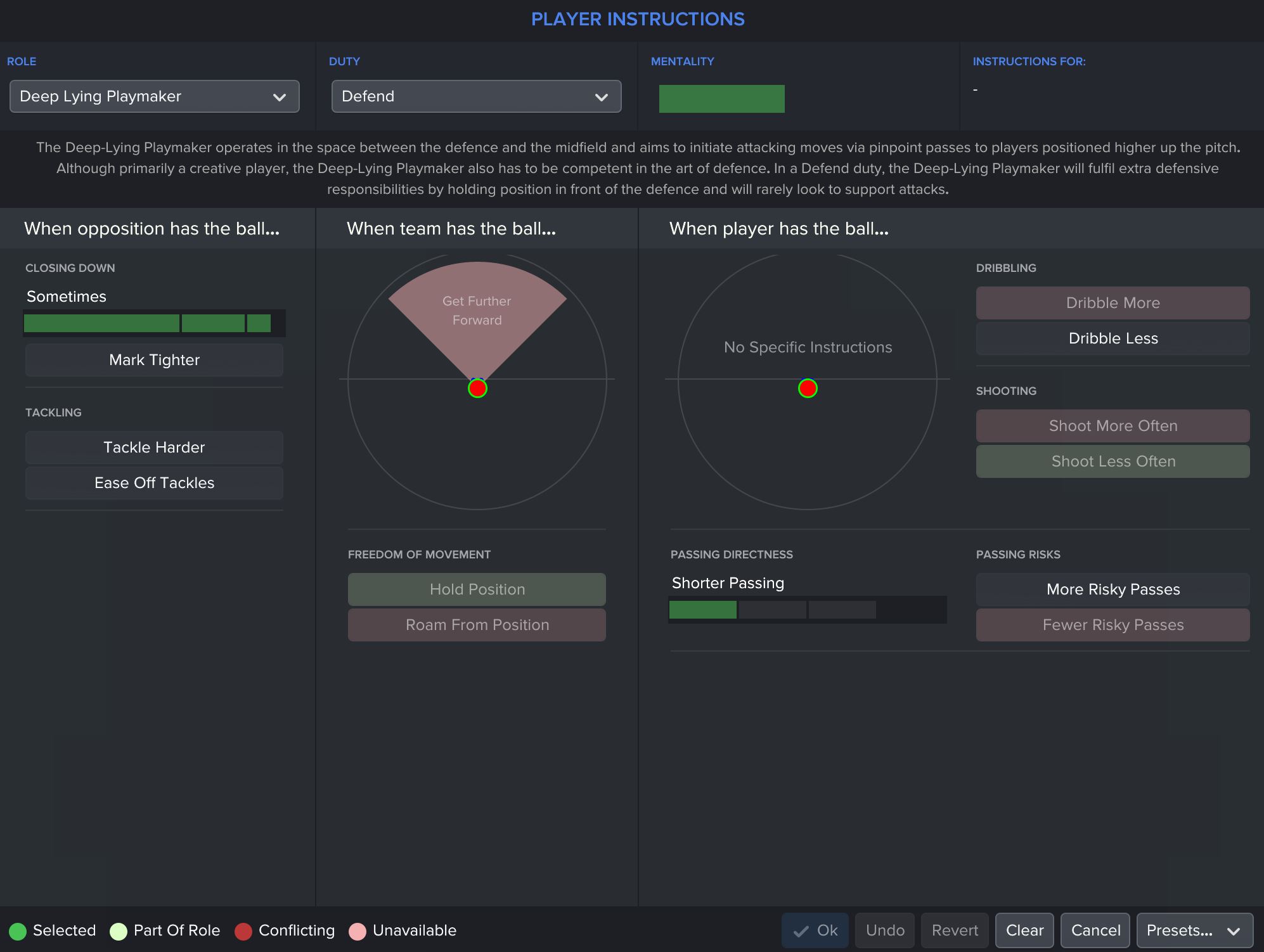 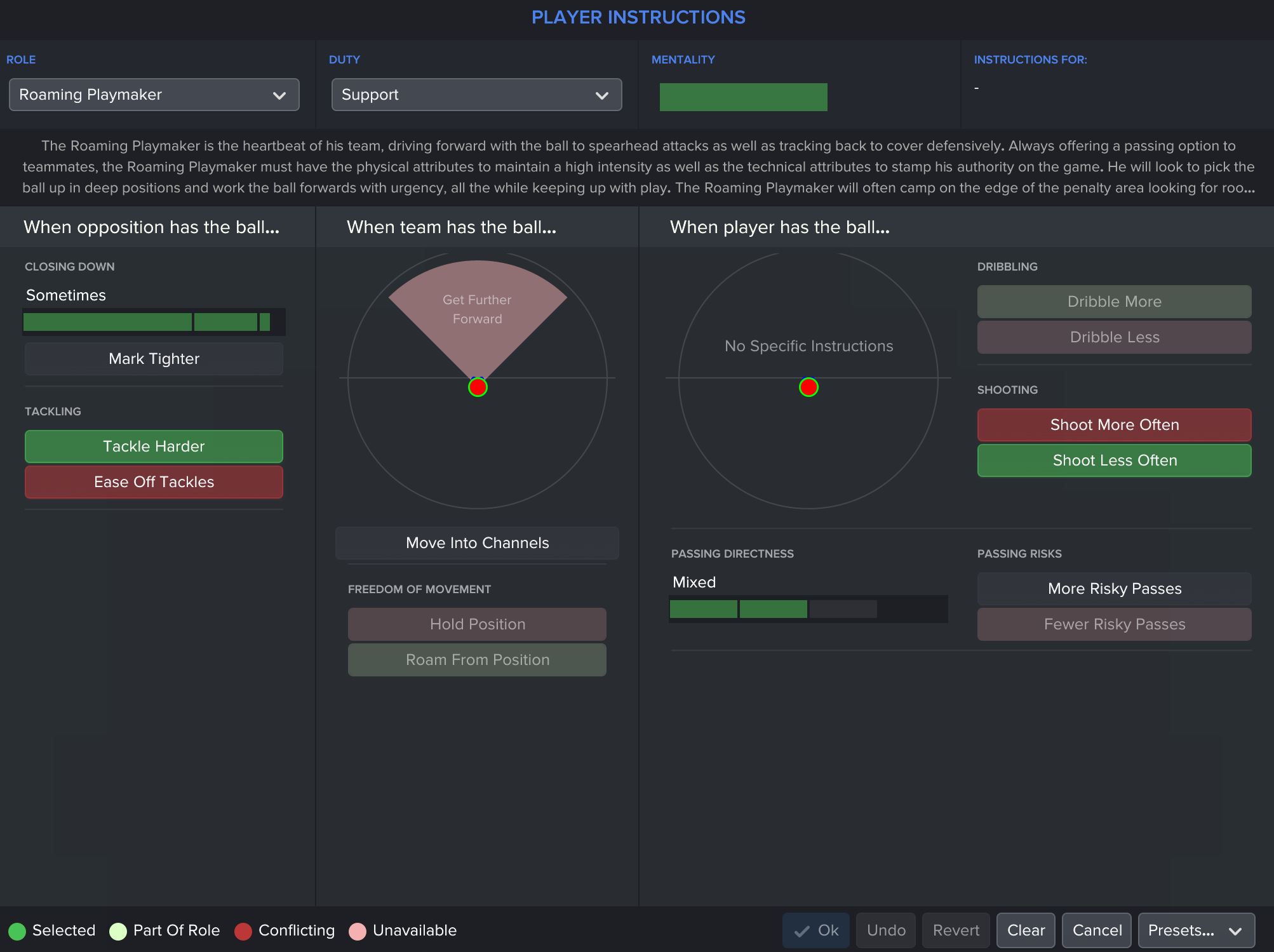 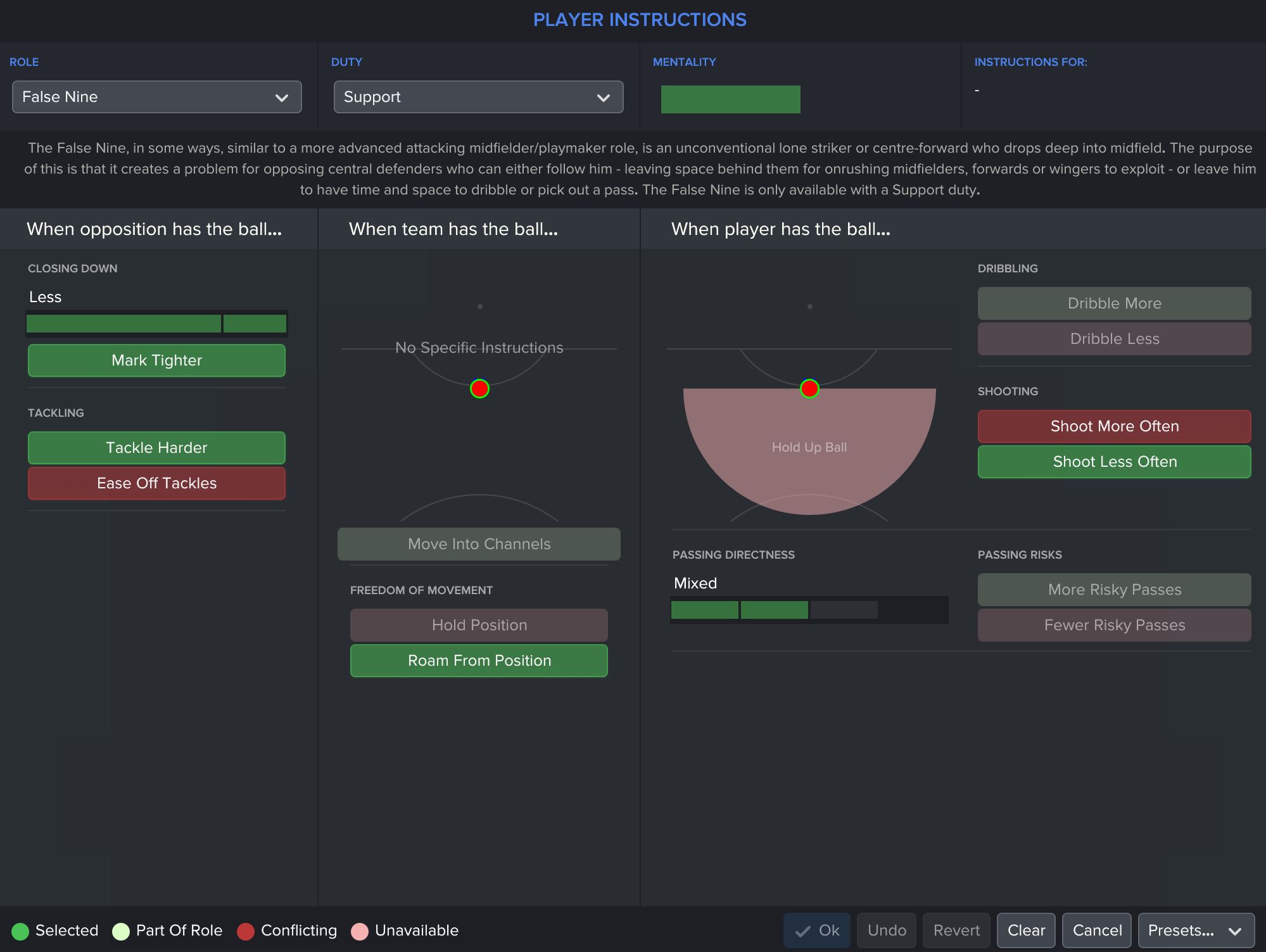 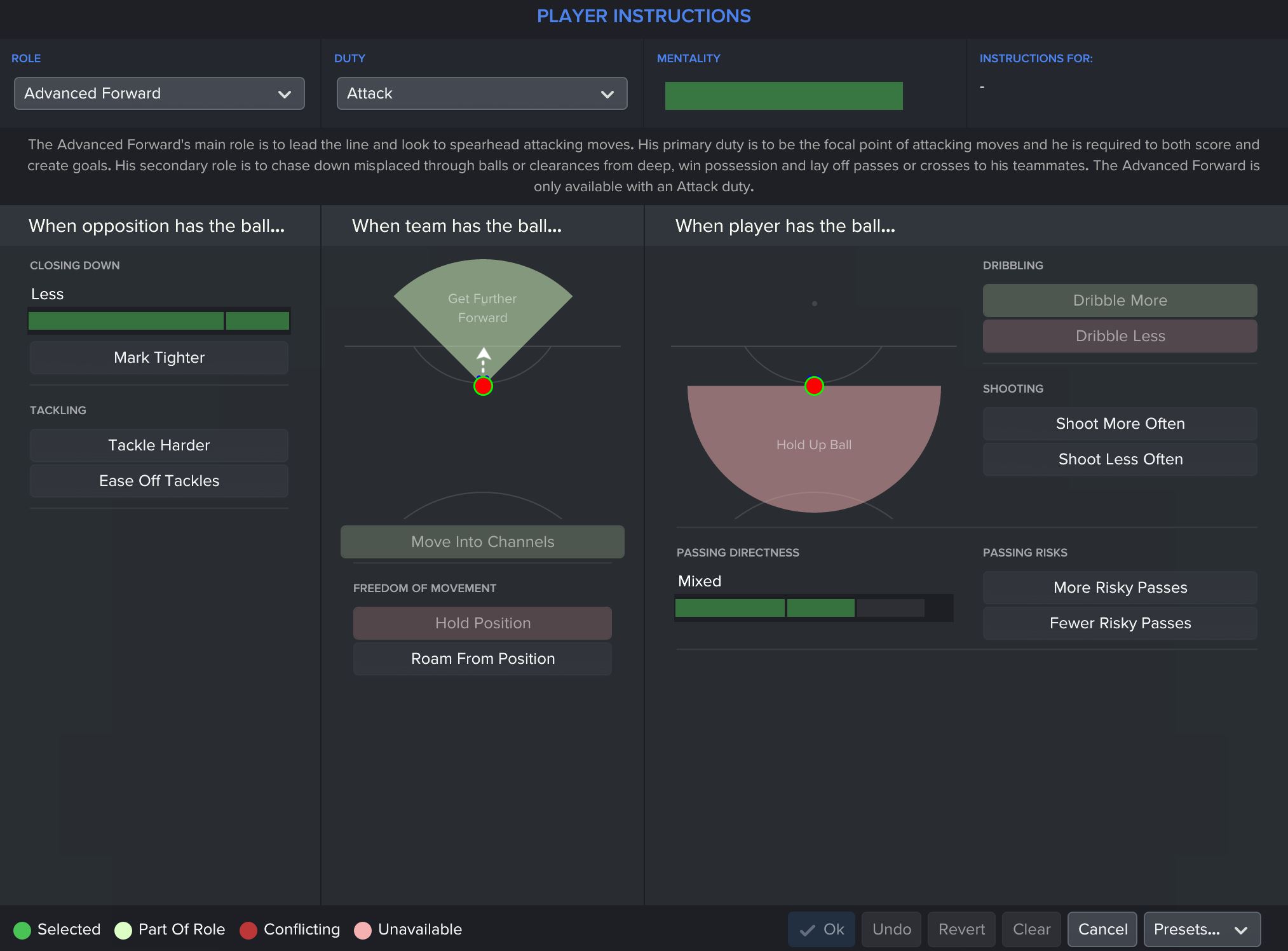 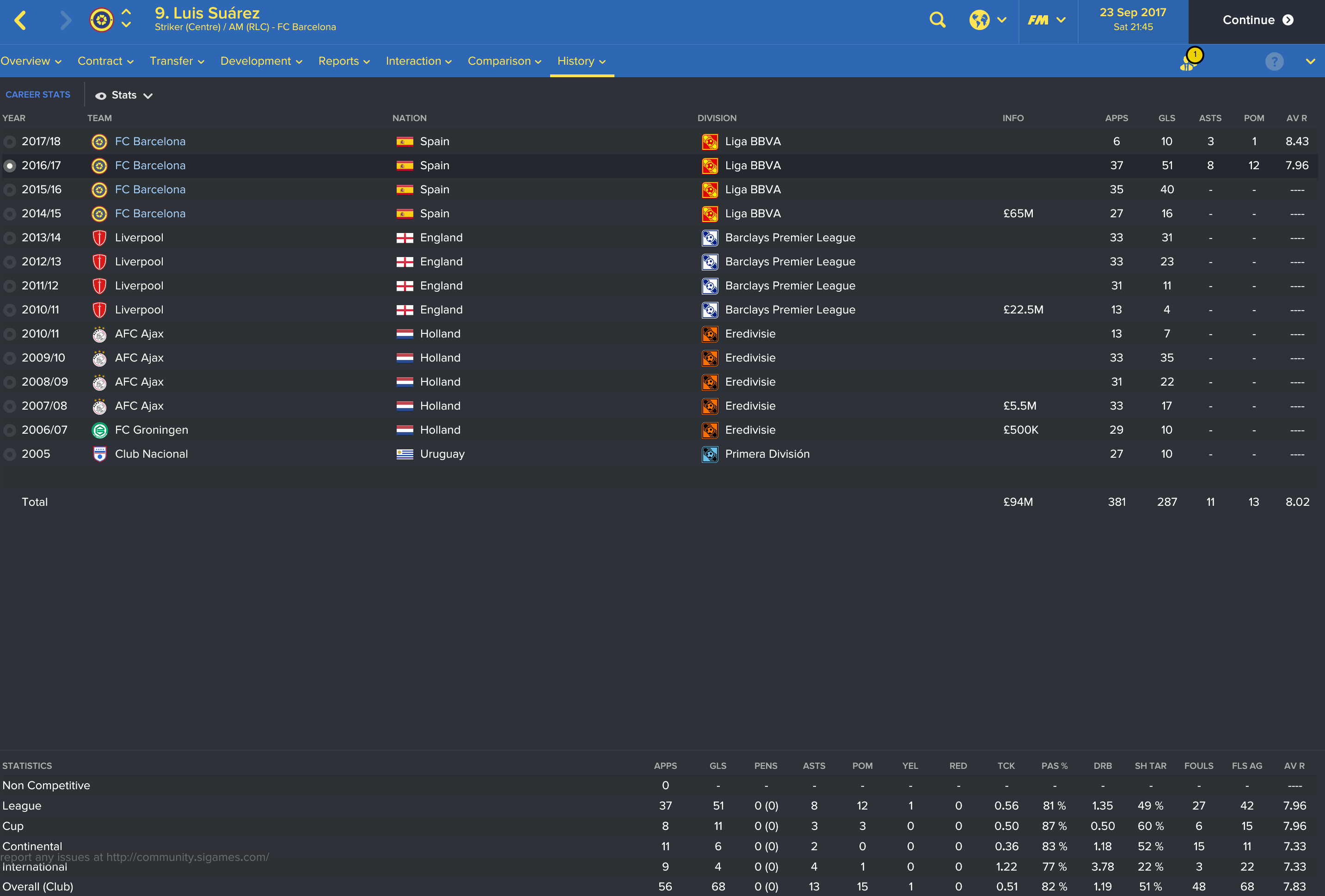 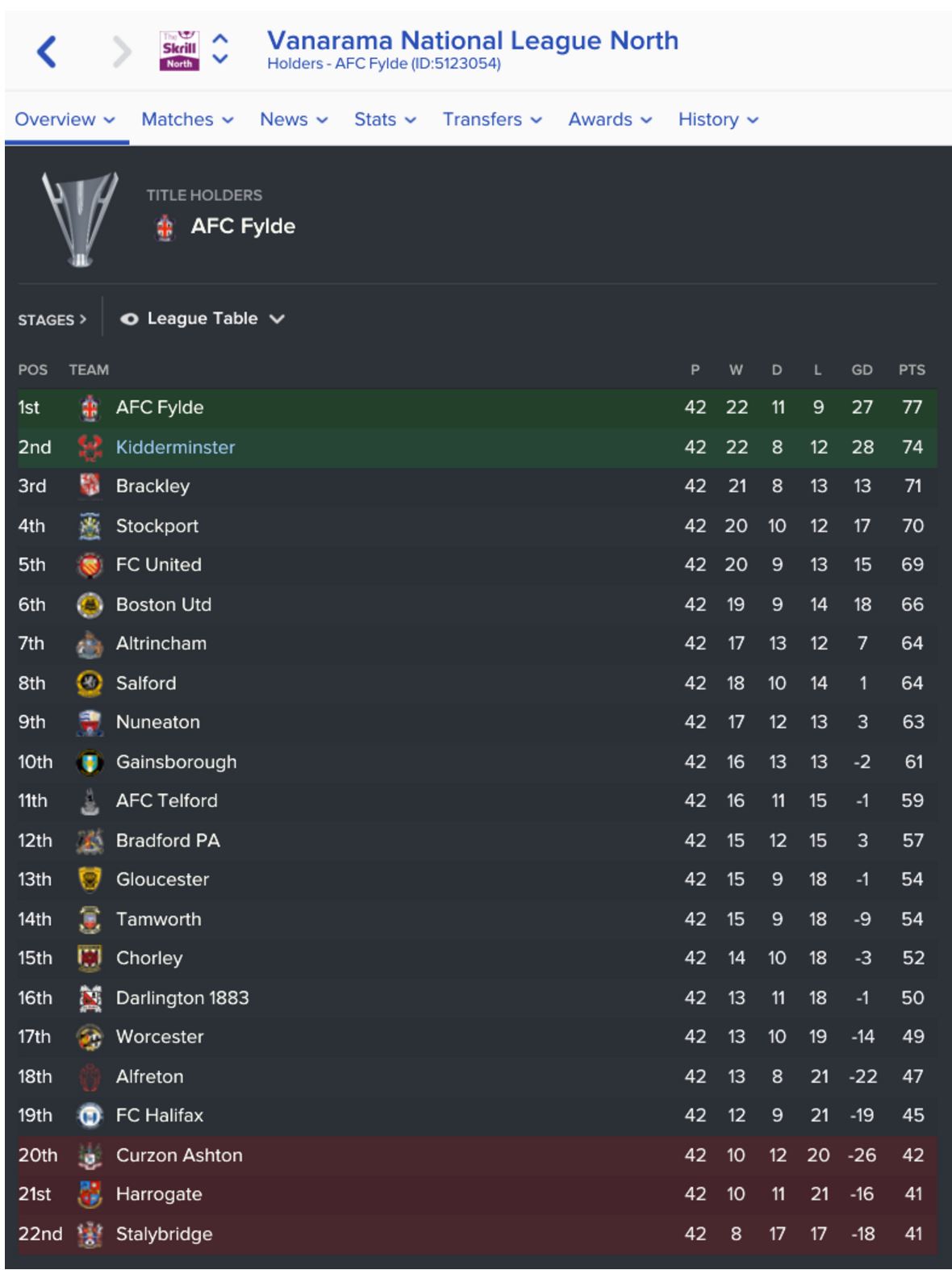 Well, it's not exactly difficult to win with Barcelona...

LordLex said:
Well, it's not exactly difficult to win with Barcelona...

Yes yes yes, don't remeber who made your tactic great!!!!!!

I will definitely try this one again, and will help you guys out since i was the one who had most of the success with the fm 16 one!
W

Where can we dowload your tactic?
J

weisby said:
Where can we dowload your tactic?
Click to expand...

Click on the link where it says download tactic here, than you will be redirected to their twitch page, scroll down and there you can download it.
L

I've been working on my own straight 433 since beta release, and not quite gotten it to where I want it. I took yours and kind of made a hybrid. It's playing great, beautiful football.

My current differences are: The mid CM is DLP defend, the other two CMs have "move into channels". My mid striker is DLF attack with "shoot less" in an attempt to balance the scoring load, as I like diverse scoring.

Taking your attacking CWBs instead of my attacking WB feels like it has made a big difference. Not sure why, but build up seems to flow much better. My team instructions where already very similar to yours, but I have now copied them completely. Only difference is that I'm experimenting with "dribble less", yet to see any clear change from that but I hope it will encourage even more overlaps and beautiful passing.
S

Phew defensively its very poor. Both Dembele and Diego Costa scored 4 on me. Let in 12 goals in 2 games.
D

This tactic is amazing for Man UTD, tried it using holiday mode, which means results could have been even better.

supersplash said:
Phew defensively its very poor. Both Dembele and Diego Costa scored 4 on me. Let in 12 goals in 2 games.
Click to expand...

dexforay said:
This tactic is amazing for Man UTD, tried it using holiday mode, which means results could have been even better.

Duplicate account? I dont know what you mean, friend. Wanna see a screenshot?

I managed to fix it a bit by tweaking the defensive line a bit. Had a few good results now (just beat Soton 4-0 away
J