following on from other post, screen shots of some matches....

Ozzy20 said:
My season with Wolves has come to an end, i have some crazy stats to tell - 1st of all I done a league AND cup double!!!! Winning the prem and Carabao Cup. Now to go into some details about how my season panned out.....

A fantastic start to the season with a 4-2 home win against Everton(them scoring 2 very late goals), a 2-6 win at Chelsea(Chelsea taking an early 2-0 lead), and a comfortable 3-0 home win against WHU a shock 0-0 draw came away at Southampton which shocked me considering the shot ratio was 1-34!!! Unlucky for Watford my players and myself was angry with that and my players were ruthless in putting 7 past Foster & Co

My 1st real test in the Europa came at Lazio, being 1-2 up and then by the 60min mark 4-2 down and a man down i thought my 1st loss was coming. a spirited fightback saw me draw 4-4 and a great point at Lazio. My 1st loss eventually came at the hands of Brighton with them winning 3-2, i dominated in every aspect but they were more clinical in the end. Going into the new year i was sitting top and playing good football and scoring alot of goals but just couldn't shake off Liverpool & Man City.

A 1st leg Carabao Cup semi final away at Arsenal came around and with SIX key players missing i was jst hoping i was still in it for the 2nd leg. my players battled hard for a 0-0 draw which to my delight i had my key players back for the 2nd leg and smashed them 3-0 to reach the final against Bournemouth. In around that 2nd leg game was also massive wins in the league at home to Chelsea & Liverpool plus another 3-0 win against Arsenal this time knocking them out of the FA Cup. cuising past Standard Leige sey me up a tie against Man Utd, a 3-0 1st leg put me in a good position but i nervy goal fest almost saw me go out in the 2nd leg losing 5-3, thankfully Raul Jimenez was on form getting a hattrick. A frustrating home draw with Lazio made it a hard task away and i got undone big time losing 3-1. a 3-2 loss at Utd honestly made me think id lost my chance of winning the league BUT with Liverpool having to play City i still had hope. with 5 games to go City dropped points at Arsenal and the Liverpool got beat by City which meant i was going to the Etihad 2 points behind City and 5 behind Liverpool meaning only a win would keep my chances alive!! With advise from my coaching team i set up with the cautious mentality and boy did it work!! taking a comfortable 0-3 lead and running out 1-3 winners!!! Still needing a miracle on the last day i was settling for 2nd place at best. THE MIRACLE CAME!!!! - Solanke popped up to haunt his old club and helped Bournemouth beat Liverpool 1-0 and with Sheffield Utd coming from 1 goal dwn the beat City 2-1 i summoned Watford to relegation by demolishing them 0-5 and bringing the Premier League title to Molineux!!!! unbelieveable Jeff!!!


A few stats from the season

Diogo Jota and i had a falling out just after the transfer window closed - he basically just got given a new contract and it that was a couple of promises which was strengthen coaching staff and in the striker position. in January i brought in Fabio Silva & Greenwood on loan but he wasnt happy with that and requested a a transfer!!! I didnt back down but it definitely affected his performances because after that between feb and may he only scored 9 and assisted 3(6 of those goals coming in the last 5 games) So even though he ended up with 43 goals it could have been so much more if he didnt have a hissy fit!!

Overall i think this achievement has been phenomenal considering Wolves have a very small squad to begin with & the amount of players i kept having banned throughout the season was incredibly annoying - i tried everything to reduce that by taking off each individual instruction to tackle harder and also team instruction of get stuck in but it made no difference, not to mention the injuries aswell!!! If the tactic wasn't so dirty i believe i could have won more of the games i drew and possibly another trophy. I have a massive task of defending the league title next season and ive only been given 64m to spend and probably all the big clubs wanting my players i cant see it being a successful defence
Click to expand...

Thany you for your review.
The reason there are too many cards is because there is a strong tackle on the personal instructions.
If you leave out all the instructions, you'll get more GA, but you'll be able to reduce your card.
T

Played Killerbee tactic V Barcelona in the World club championships and we won 7-2 against their first team . including Messi suarez and co

and now we beat Real Madrid 4-1 in Semi final

Beat Liverpool 2-0 in World club final , should have been 5-0 This tactic is on its way to becoming the best ever !!

Alalack said:
Thany you for your review.
The reason there are too many cards is because there is a strong tackle on the personal instructions.
If you leave out all the instructions, you'll get more GA, but you'll be able to reduce your card.
Click to expand...

By personal do you mean player instructions?? if so then yes I have taken the instruction of each individual aswell but it made no difference

Had a bit of a blip so thought I'd give this tactic a try mid season, easily the best 1 I've tried so far. Great work.

how is this one with weaker teams?
J

ALV19 said:
how is this one with weaker teams?
Click to expand...

Seriously - would you mind reading the thread - investigate mate - no point in asking questions like that if you haven't read what people post before your eyes - theirs a Norwich example you could take a look at ...

I will say always have a sceptical mind - lots of people make their threads look better than it is - just take a look at the tactic testing page that claims this and that is good for a specific type of team and people trust it blindly and perfectly working tactics drown in false claims - its been like that for years - The game itsself is a science project with several small factors that has nothing to do with tactics only. Many things can influence the success of a team - not just tactics or players other things has a say as well

Rule of thumb - don't trust anyone but yourself - create your own opinion and experience with settings or with other people tactics - Also remember people cheat in this world and you can realize that quite easily when you try things yourself.

ALV19 said:
how is this one with weaker teams?
Click to expand...

I'm currently using it with Middlesbrough in the Premier League and it's working great.
I

so this is the best tactic ever , no joke , i won the fa cup and uefa cup and lost the league by 4 points

What cornertactics and free kicks are you using to get all those goals from Linde and Maguire?
I 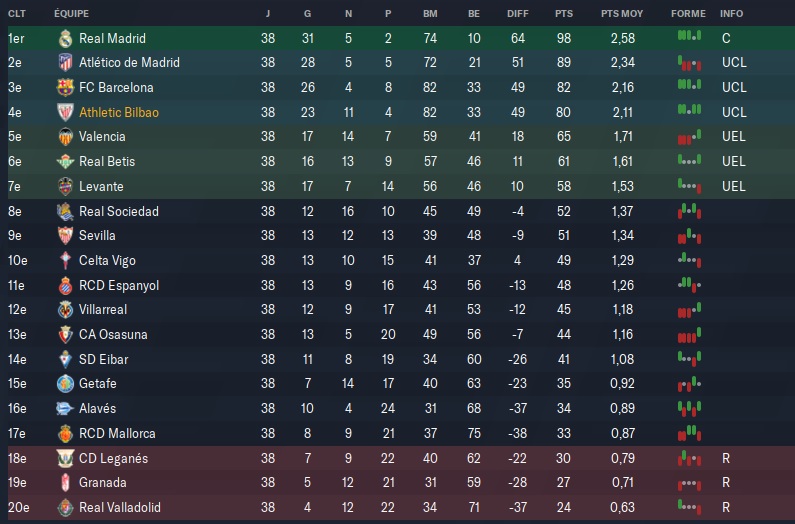 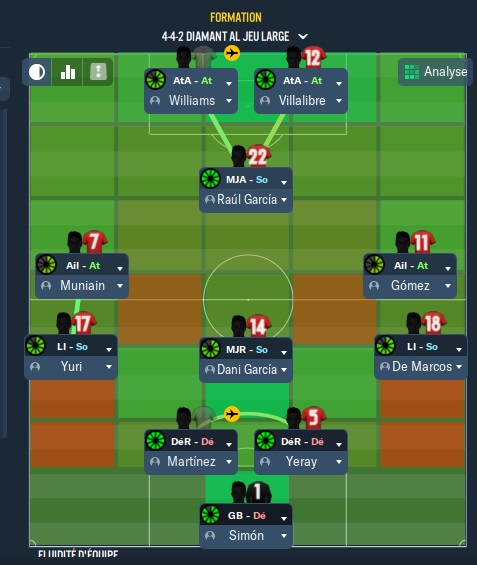 the best one give one chance
A

KeikoTheFish said:
What cornertactics and free kicks are you using to get all those goals from Linde and Maguire?
Click to expand...

I don't know how to explain it.
Most of them scored on corner kicks.

I think this is one of the best tactics around, great goals and incredible amount of assists from AMC. Will post results at the end of the season
edit - aginst sampdoria i played with reserves