Robbiebobbybooboo said:
So, guess FM-Base gave up on tactic testing huh. 0 StephenHK tactics on there, and every time I look at it it's the same. (Lisa & Knap tactics all over it).
Click to expand...

Just keep an eye out on @Liam 's posts.
Reactions: Scaddon and Liam

Read the rest of this update entry...
Reactions: Liam
M

having used the mermaid 4123 and changed to Balanced mentality I manged to beat Chelsea at Stamford Bridge 3-0 and destroyed them . With Crystal Palace . Chelsea were too of the league unbeaten in my save
F 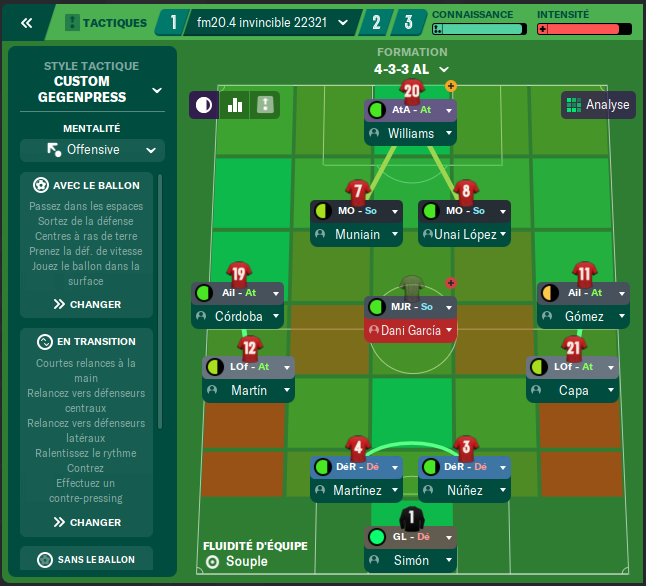 I scored this good goal against Milan:
video
Reactions: Florsca and Danwolf
I 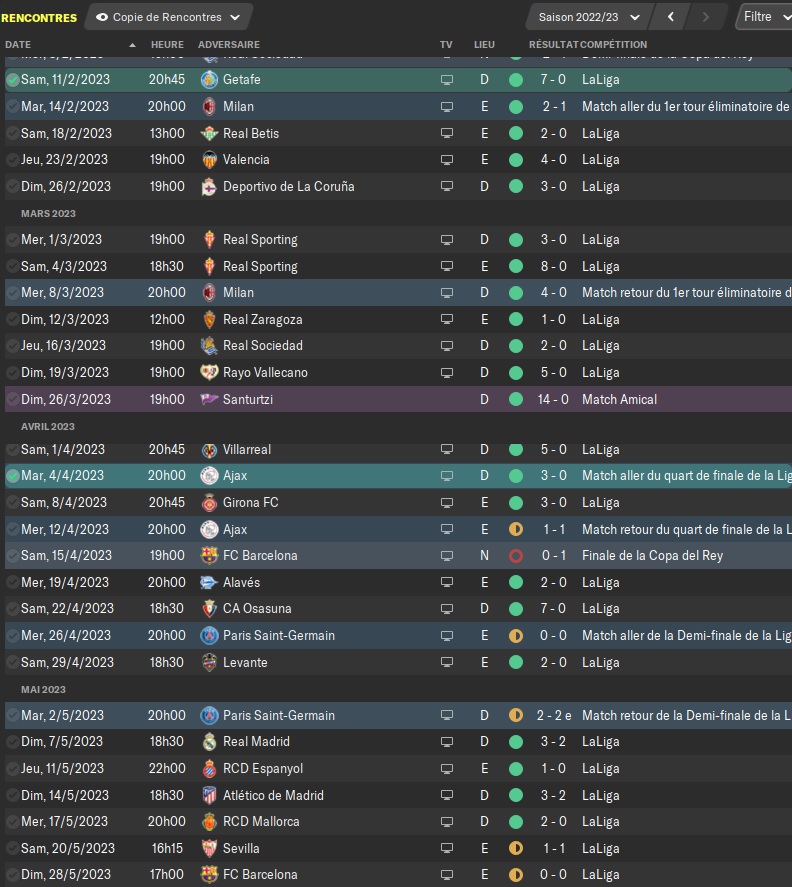 Yes I can confirm that the 22321 is a really really good tactic !
D

Just started using the 22321 with Portsmouth. Will share results once I am done. Not gonna holiday the matches.
J

What tactic would people recommend for the championship? Struggling to find a solid one for a top half/play off pusher like Cardiff or Brentford.
R

Been using the 22321 on my Dulwich Hamlet season. We've just been promoted into the championship. We're expected to finish 2nd bottom, as we really haven't been given a championship budget, and we're now suffering from 3 back to back promotions. National League, League 2, League 1, now Championship all in 4 years.

That's a long way of saying we're somewhat unprepared for the champ - relying on decent youngsters and loanees heavily. The board gave me 1 mil to spend in building a champ squad. Not easy.

This tactic has been a gold mine though. We're 6th so far, and more than competing with some of the bigger boys in the league. Survival is going to happen, and we're even starting to dream of the playoffs. If we sneak promotion, we will be so badly out of our depth it will be hilarious.

UPDATE: Wrote this all too soon. Just played Villa, who are unsurprisingly one of the bigger teams. Promotion is expected for them. Final score? Dulwich 5 - 4 Villa!! What a game! 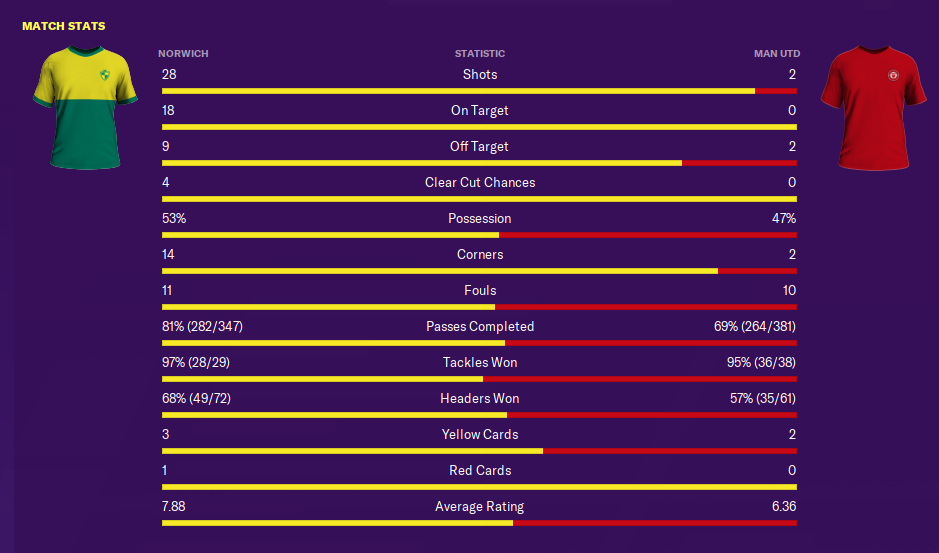 I don't think I do anything with tactical briefings. Usually skip them.
T 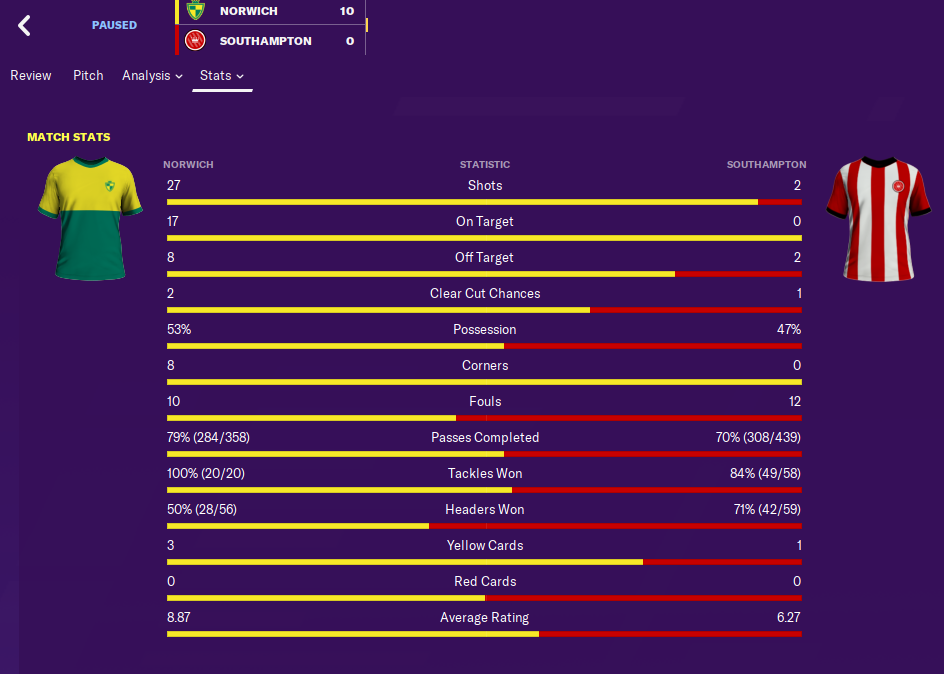 thats amazing! can you screenshot your starting eleven? tnx
T 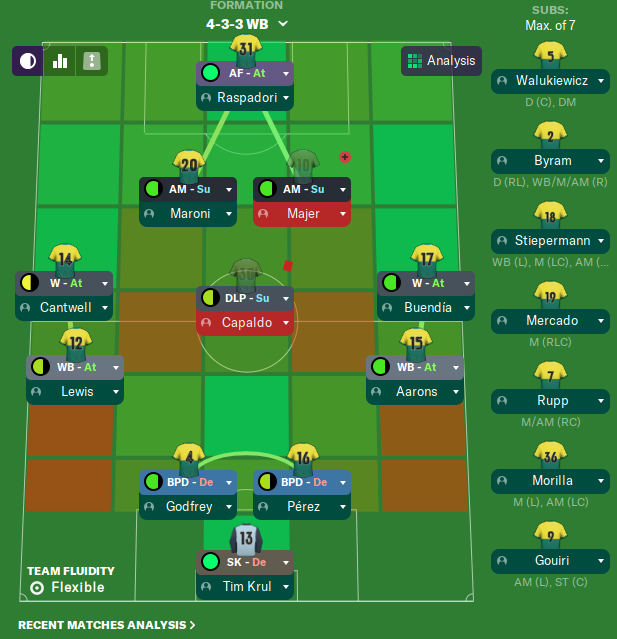 We've just passed the Jan transfer window (surprise surprise, board gave us £0) and we're currently 7th in the champ. It's not bad, but our form has taken a nosedive. We've only won 2 in the last 8. Very frustrating, as red cards haven't helped, and we've lost a lot of games by just one goal.

For now, I'll divert away from this tactic - I don't feel like it's the tactic's fault, I think its more the strength of my team.
B

Ok. I am Bayern Munich ,but this is impressive stuff. I put 22321 tactic after Paderborn game... Tactic not fluid yet and... 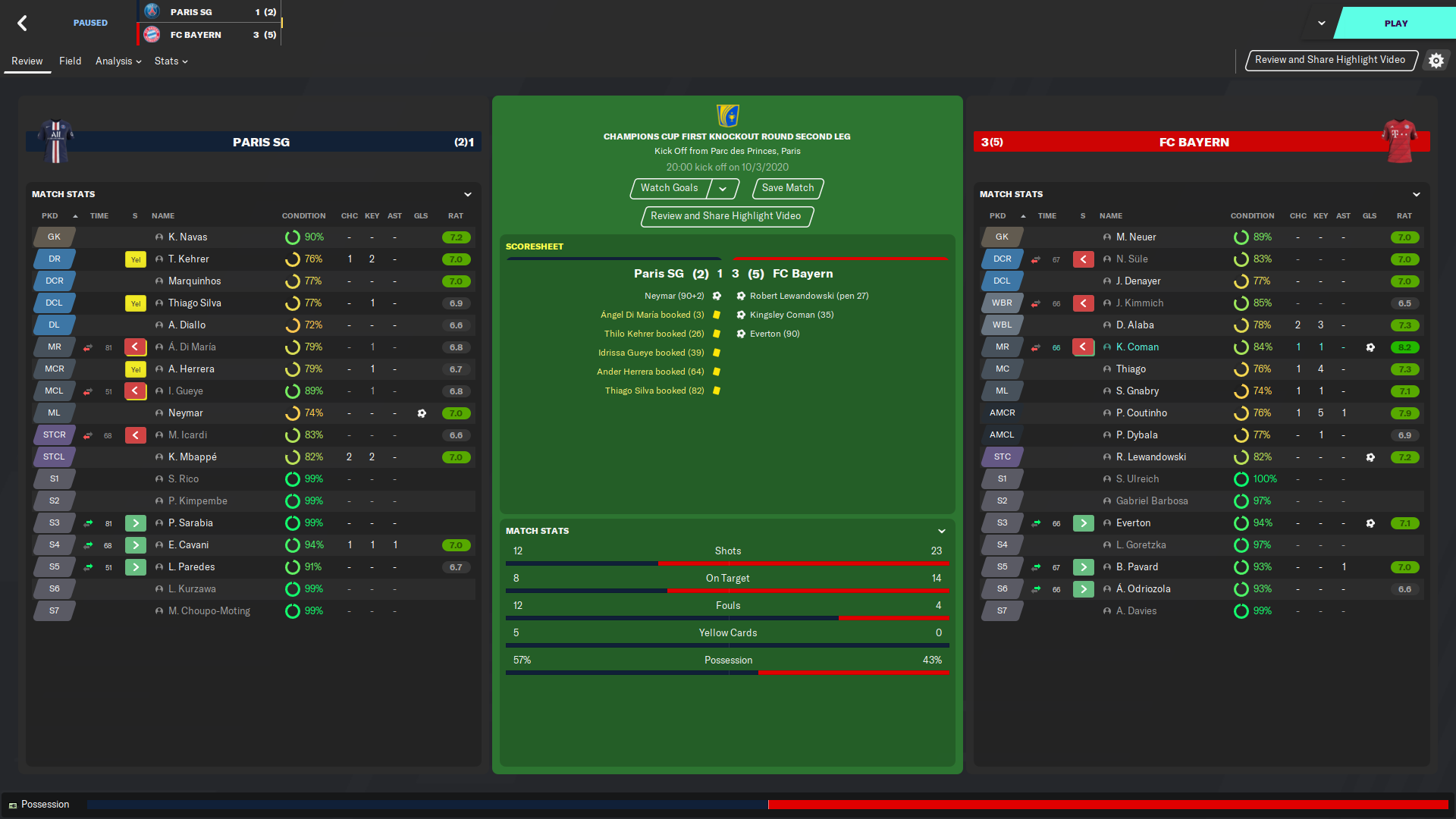 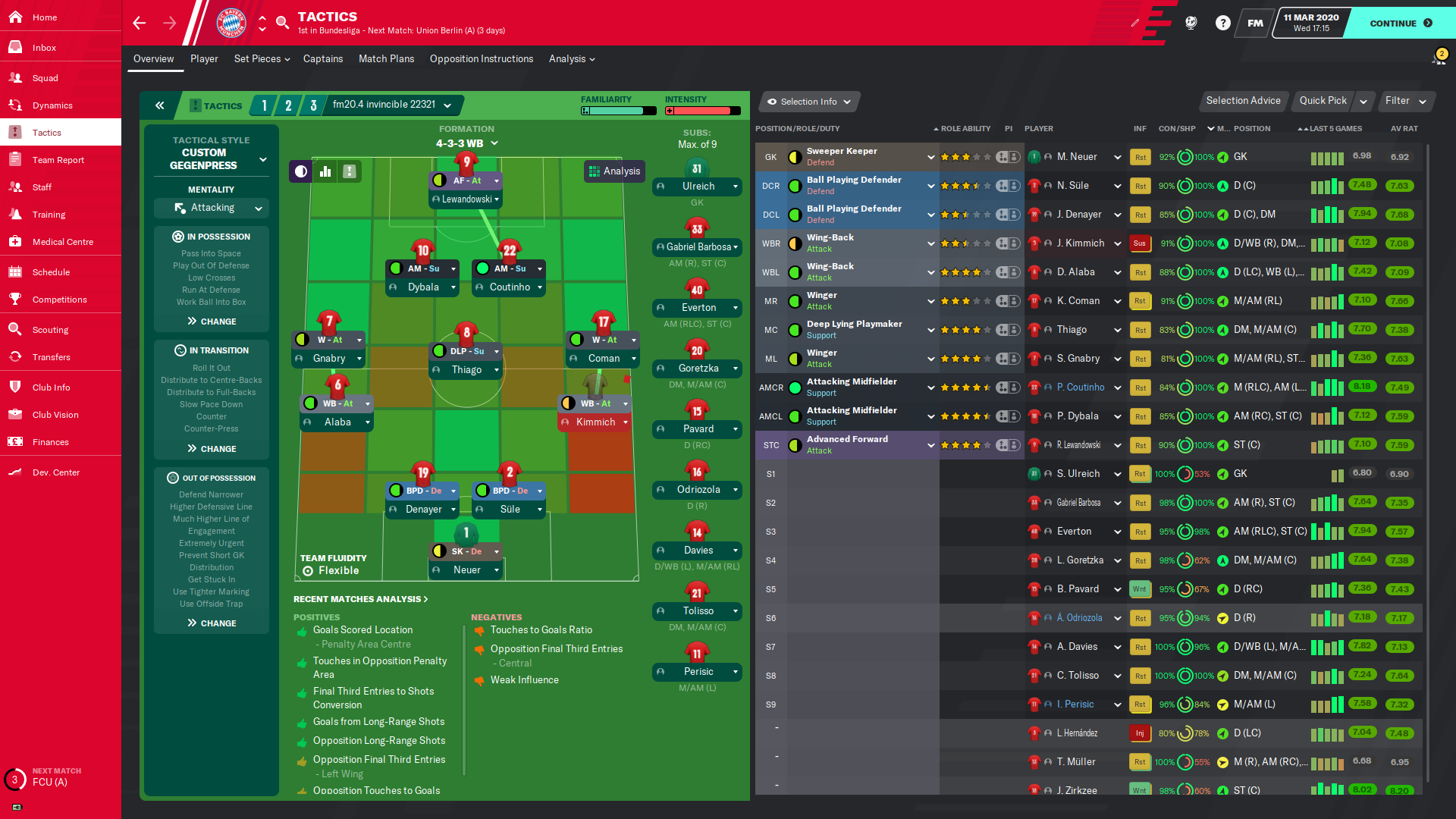 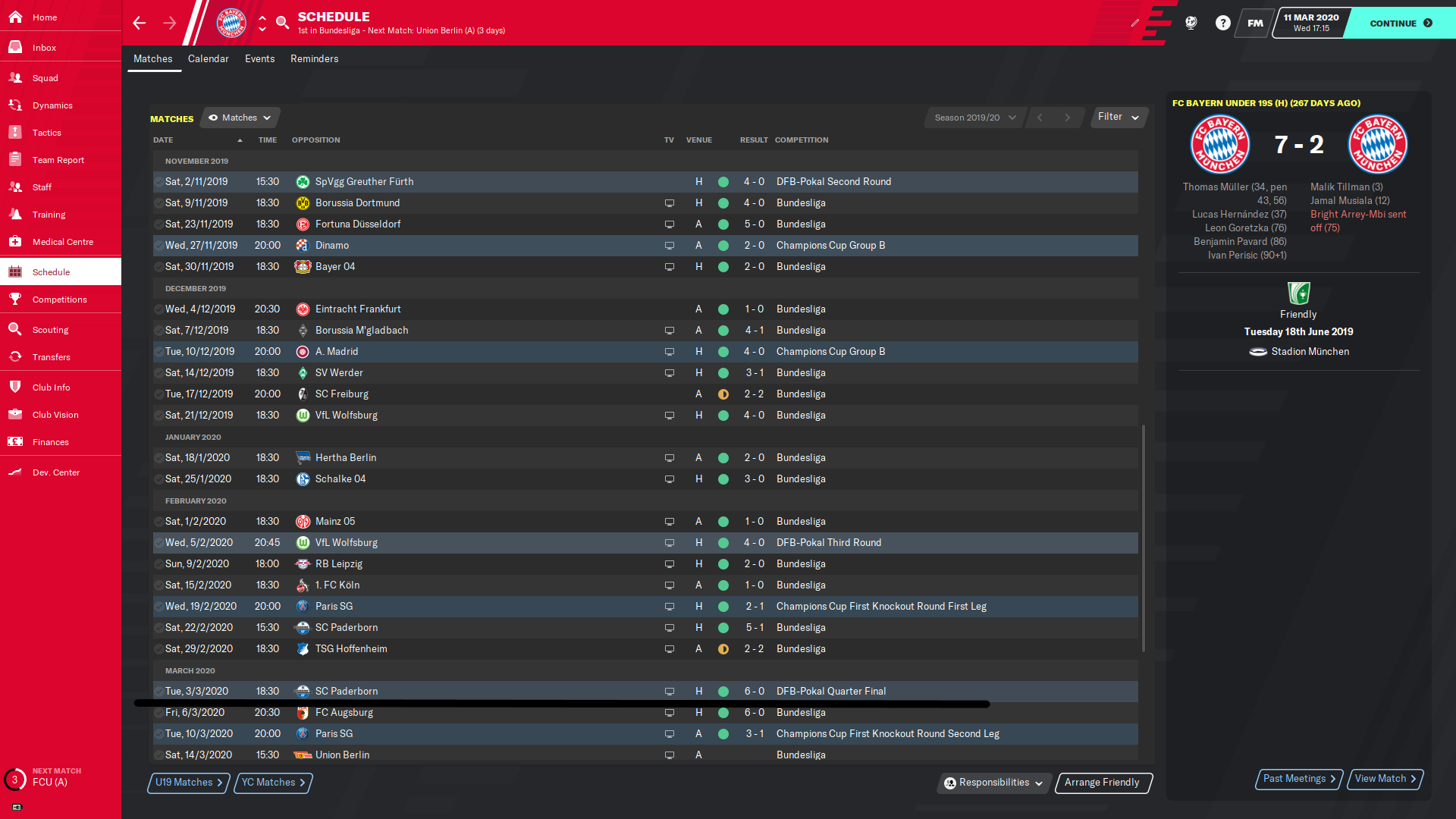 I hope my AM score goals ,because i manage to get Dybala and Lewa firing together...now Dybala in the AM position.... Hope he continues his scoring streak. Will see. Will post later , when i finish my season.

I dont think that this tactic is suited for away games against big teams. Its just not good enough . 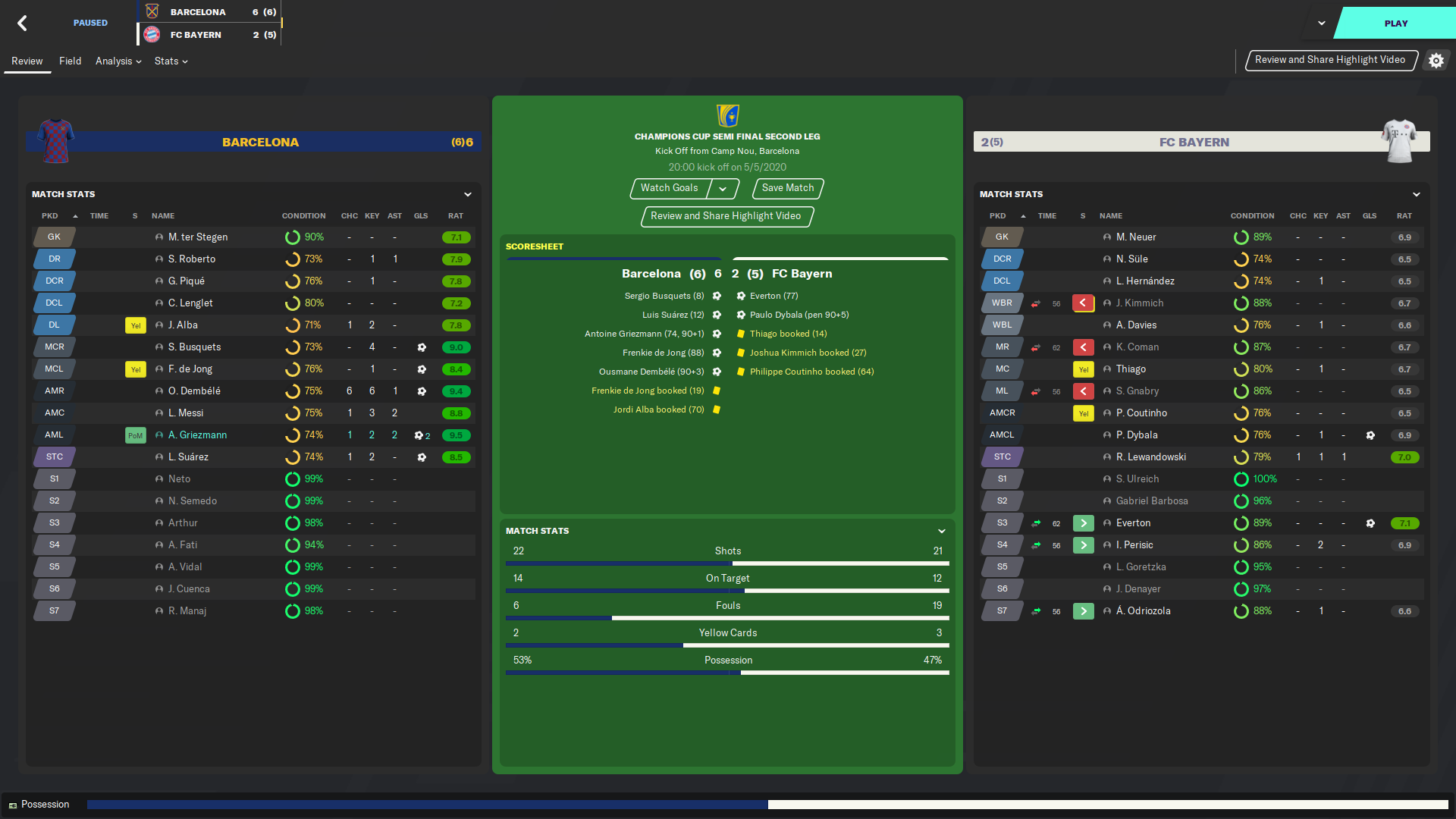 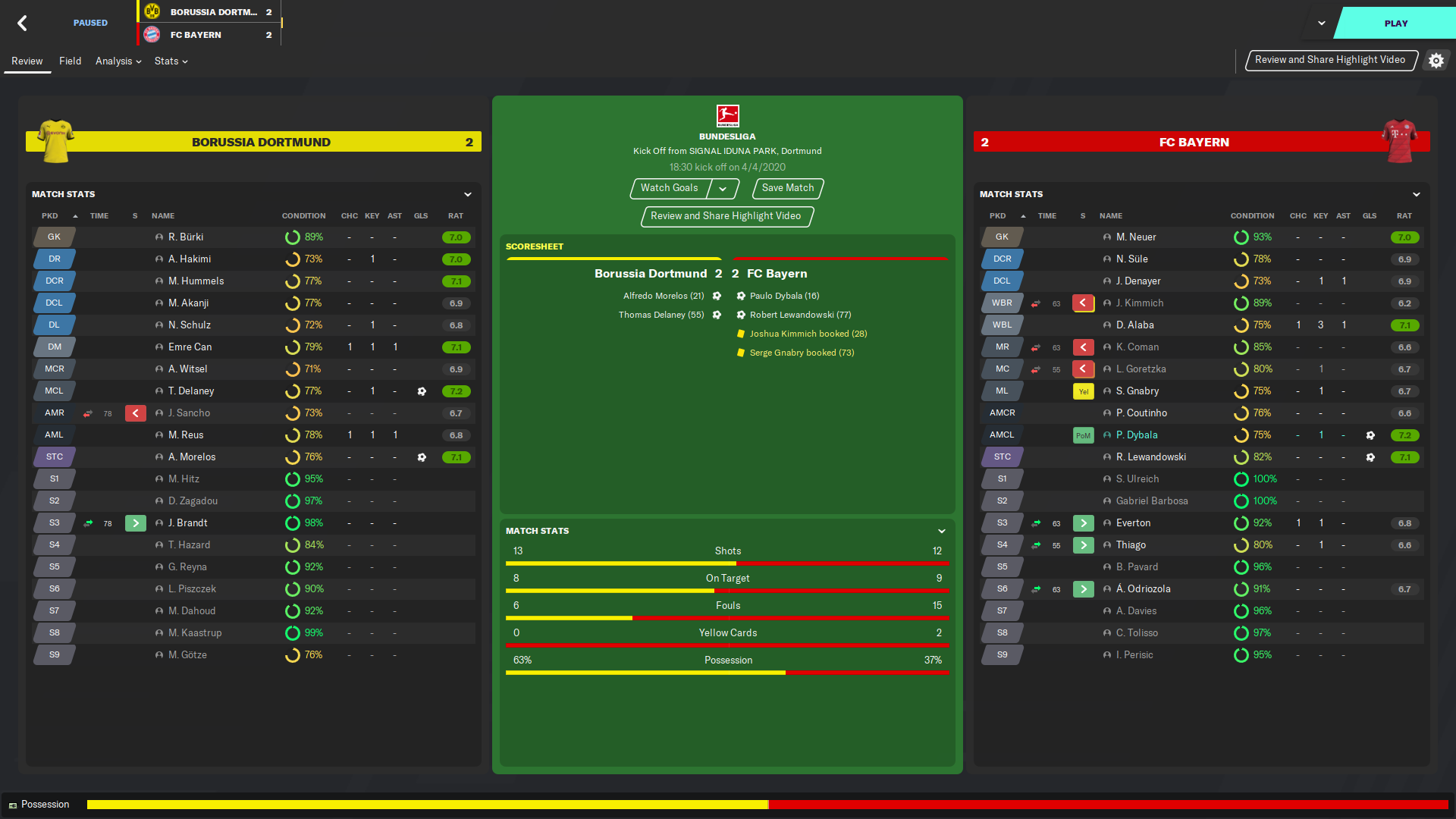