Do u think Phil jones plays better as DC or DMC ???
K

I would try him at DMC
S

kelanf7 said:
I would try him at DMC
Click to expand...

Just a thought, maybe Ollie would've given a Blackpool player a cheeky call up maybe Evatt, Campbell or Varney? Shame he can't call up Charlie Adam
Click to expand...

cheers mate that is a blindin idea might very well do that. yer same about adam cause he is sick
S 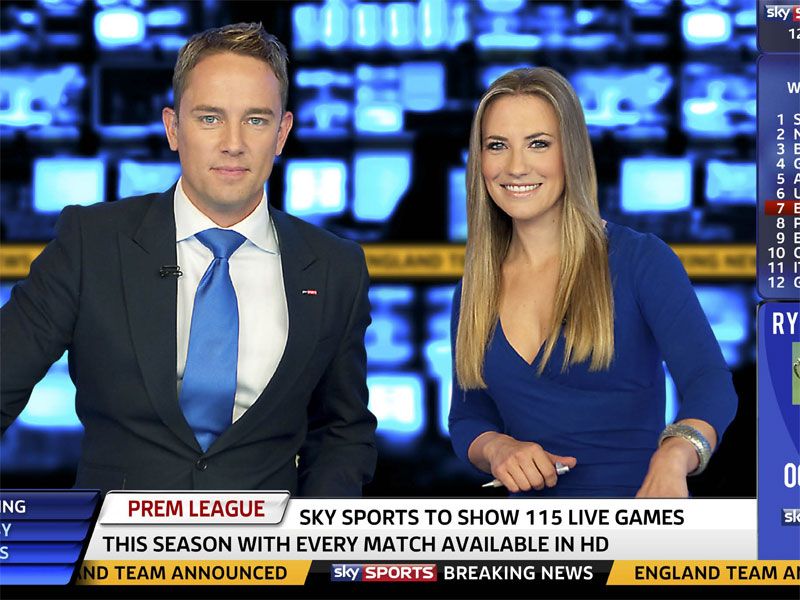 Ian Holloway has named his 2nd squad as England manager and it includes very few changes from his last squad. The buggest surpise inclusion has to be Ian Evatt from Holloway's former club Blackpool the other new inclusions are Birmingham pair Roger Johnson and Scott Dann along with Tottenham winger Matt Jarvis (Jarvis signed for the mighty Spurs in my save for £6 million), Blackburns verstaile Phil Jones and the other shock inclusion was Everton midfielder Jack Rodwell.​


Gabby Agbonalhor has retuned to the England squad after being left out by Holloway in his last squad but his goal against Blackburn on the opening day of the season seemed to certinaly impress Holloway.​

England supporters knew that Holloway had to call-up one of his former-players​
Last edited: Feb 7, 2011
S

Matt Jarvis Out Of England Game​

Matt Jarvis has had to withdraw from the England squad against Bulgaria on Friday.​


The Tottenham winger was named in new manager Ian Holloways 2nd squad but he has had to pull out of the opening European Championship Qualifying matches against Bulgaraia because he strained some knee ligaments in training after a dodgy tackle from England debutant Ian Evatt.​

West Ham tireless midfielder Scott Parker has been called up in Jarvis' place.

Stuart Pearce On England Vs Bulgaria

​
Hello all, i am Stuart Pearce England assitant manager and i will be writing updates every couple of months before an England game where i will be writing my thoughts about Ian Holloway's squad selections, how they are performing. Ian and i have very high expectations of these lads, yes i agree many people have not been to happy ith my selections so far but Ian and i have a weekly chat about who has impressed us over the weekend Premier League games.

​
First off i do not think that Ian Evatt and Phil Jones should be in the England squad, i know Ian is a huge fan of Evatt when he was working with him at Blackpool but Phil Jones came on for the last 10 minutes in Blackburns 3-0 defeat to Sunderland and that's not really good enough to be an England international i feel Scott Parker or Danny Murphy would give so much more and i will tell Ian this. With that said Jordan Henderson was outstanding in that game he scored one and got 2 assists not much more you could do and on that i completely agree with Ians decision to include him. I just hope Ian gives him the start against Bulgaraia he will add star quality, creativity and depth to this already quality England side.

​
I was absoulety gutted about Matt Jarvis having to withdraw from the squad, he has really impressed me not just for Spurs but in England training as well. he is 100% commited and a very creative, skilful player Spurs picked uup a real bargin grabbing him from Wolves for £5 million. Marc Albrighton, Ashley Young and Nedum Onuoha impressed me in the last England game, a 5-1 win against Hungary but i felt we should have had more of the possession, i mean 52% of the possession agianst a team like Hungary, it could be better but it's the result that matters in the end.

​
If i was Ian Holloway this would be who i would choose for the staring 11:


Those 11 players have really impressed me in training and deserve the chance to shine on the big stage.


Hope you contuine to follow !! Thankyou and goodnight everyone.​
Last edited: Feb 7, 2011
S


This is Ian Holloways and his England sides toughest test so far as they open their European Championship Qualifying campaign tonight against Bulgaria. Coach Holloway has made several changes to his starting line-up some very surprising, Holloway has stated that he doesn't want to pick the same players over and over again just like previous managers but instead give players who have been overlooked in recent years and also he will pick those who are in good form in the league and he has stood true by his word by picking young stars Nedum Onuoha,Danny Welbeck, Andy Carroll, Marc Albrighton and Jordan Henderson in tonights starting line-up.

Englands defence will be slightly weakened with the absense of Chelsea captain John Terry who picked up a knock in Chelseas match on the day the squad was announced, with Terrys injury the new centre back pairing of Birmingham centre back Roger Johnson and Boltons hot prospect Gary Cahil being given their first England starts

like your squad selections
keeping it fresh and interesting
S

cheers mate yer just gets boring if its same players over and over again.

any recommendations for my next squad ???
P

Sumner_05 said:
cheers mate yer just gets boring if its same players over and over again.

any recommendations for my next squad ???
Click to expand...

England were an un-stoppable force right from the first minute tonight, despite a slightly weaker than usual centre back pairing of Birminghams Roger Johnson who made his debut tonight and Boltons Gary Cahill who was making his first start for England after making his debut in last months 5-0 rout of Hungary. Things started very brightly for England with Tom Huddlestone hitting the post with a real powerhouse of a strike, but before you knew it England were 2-0 up through Villa team mates Gabby Agbonlahor pouncing onto the rebound from a shot by captain Gareth Barry but the keeper fumbled it but Agbonalhor hit the post from a header but he had no trouble 2nd time around with a simple tap in. the 2nd goal came from Ashley Young who finished off a good team move with a sidefoot finish in the bottom right hand corner.​


It remained 2-0 for 20 minutes as Bulgaria were starting to grab a thickhold in the game but a counterattack started by wing-back Leighton Baines with a marvellous through ball to Gerrard and he was brought down so Wayne Rooney stepped up to comfortably slot home the penalty sending the keeper the wrong way. Rooney also scored another straight from the kickoff after half time and the last goal came from Bolton centre half Gary Cahill scoring his first goal for England on which was his first England start he headed home from an Ashley Young corner.​

Overall, a very confident performance from England, with some fringe players really taking their oppourtinty well when brought on such as Gabby Agbonlahor scoring his first England goal, Roger Johnson a godd all round performance on his debut and Gary Cahill he has certinaly put down a marker and if he carries on could well become one of the 1st names on the team sheet. Ian Holloways Englands side have scored 10 in 2 games conceding 1 goal in the process things are looking up again for English football and perhaps playing the best football they ever have well since 1966 at least.​ 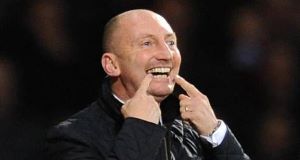 Really enjoying this story mate. Liking the different players your playing, and tbh i`d agree with Barry as captain, always a consistant player who dosen`t suffer many injuries etc either.

As for players to call-up:

oldhamblue said:
Really enjoying this story mate. Liking the different players your playing, and tbh i`d agree with Barry as captain, always a consistant player who dosen`t suffer many injuries etc either.

As for players to call-up:

cheers mate yer not many people agree with me putting Barry as captain. Will probably put Shawcross in my next squad but not sure about Cairney and Wickham i would prefer them to be playing in the Premier League but will definitely look out for them in the future
I

This is a very good story mate