Rooney Out For Up to 4 months​ Rooney will be a big miss for Man Utd and England​

Manchester United star striker Wayne Rooney will be out for up to a maximum of 4 months after suffering a fractured arm in the Champions League against Bayern Munich last night.​


The 25-year-old had to be stretched off the pitch in the closing minutes of the away game in Munich with the final score ending 1-1. Red Devils boss Sir Alex Ferguson revealed after the game " that Wayne would be a huge miss not just to Man Utd but to England as well, our physios say he will be out for a maximum of 4 months and everyone at the club wishes him a speedy recovery".​
Last edited: Feb 9, 2011
J

Ah thats a really unlucky injury. I know it's early days but how about you call up Connor Wickham of Ipswish? He's got great potential.
S

Jay Pricey said:
Ah thats a really unlucky injury. I know it's early days but how about you call up Connor Wickham of Ipswish? He's got great potential.
Click to expand...

i know, ill have a look at him but mite call welbeck up to take his place cause he's been in great form for Sunderland thsis season.
D

England were an un-stoppable force right from the first minute tonight, despite a slightly weaker than usual centre back pairing of Birminghams Roger Johnson who made his debut tonight and Boltons Gary Cahill who was making his first start for England after making his debut in last months 5-0 rout of Hungary. Things started very brightly for England with Tom Huddlestone hitting the post with a real powerhouse of a strike, but before you knew it England were 2-0 up through Villa team mates Gabby Agbonlahor pouncing onto the rebound from a shot by captain Gareth Barry but the keeper fumbled it but Agbonalhor hit the post from a header but he had no trouble 2nd time around with a simple tap in. the 2nd goal came from Ashley Young who finished off a good team move with a sidefoot finish in the bottom right hand corner.​


It remained 2-0 for 20 minutes as Bulgaria were starting to grab a thickhold in the game but a counterattack started by wing-back Leighton Baines with a marvellous through ball to Gerrard and he was brought down so Wayne Rooney stepped up to comfortably slot home the penalty sending the keeper the wrong way. Rooney also scored another straight from the kickoff after half time and the last goal came from Bolton centre half Gary Cahill scoring his first goal for England on which was his first England start he headed home from an Ashley Young corner.​


Overall, a very confident performance from England, with some fringe players really taking their oppourtinty well when brought on such as Gabby Agbonlahor scoring his first England goal, Roger Johnson a godd all round performance on his debut and Gary Cahill he has certinaly put down a marker and if he carries on could well become one of the 1st names on the team sheet. Ian Holloways Englands side have scored 10 in 2 games conceding 1 goal in the process things are looking up again for English football and perhaps playing the best football they ever have well since 1966 at least.​

Holloway clearly delighted with the performance​
Click to expand...

Abonghalor wasn't in your starting line up and yet scores the opening goal after 17 minutes. With no injuries which would explain an early substitution it seems a bit strange...

Anyway keep it up because you are getting some nice results.
Last edited: Jan 6, 2011
S

i know lol , dawson has been in my squad but not getting played, might put Davies adn cattermole in my next squad


Poppa_ChesterCityFC said:
Abonghalor wasn't in your starting line up and yet scores the opening goal after 17 minutes. With no injuries which would explain an early substitution it seems a bit strange...

Anyway keep it up because you are getting some nice results.
Click to expand...


After Englands impressive 5-0 rout of Montenegro and the devasting news of Wayne Rooney being out for up to 4 months, manager Ian Holloway has made big changes against the upcoming friendly against France where he is giving some fringe and youngsters the chance to shine. Ian Holloway has even left out captain Gareth Barry confirming that David Beckham will take the captaincy for the friendly. Other big news is that Chelsea midfielder Frank Lampard ahs been recalled to the side after being overlooked by Holloway so far as his reign as England manager.

Definitely enjoying the story so far, and calling up Jordan Henderson is definitely something I'm a big fan of.
S

Very much wrote as Ian Holloway himself would do it with the speech and odd selections
Click to expand...

cheers mate sometimes its hard to write how he would speak


Lawton10 said:
Definitely enjoying the story so far, and calling up Jordan Henderson is definitely something I'm a big fan of.
Click to expand...

cheers mate, yer Jordan Henderson has been in good form this season for Sunderland
S

England manager Ian Holloway says he does not care what criticism he might face for fielding an under-strength England side to face France this evening.​

"France are a terrific side, but as a friendly i'm going to give the regulars a rest and field some of the younger and fringe players the chance to stake a claim to become an England regular."​ Holloway went on to say that "David Beckham will captain the side tonight, he is a terrific player and he really deserves to break the all time caps record because England have not had a better player and over the years if you look back really he deserves it."​


With France fielding a full strength side, many England fans are pesistmic about tonights game but fans will be overjoyed if England could get a result.​ 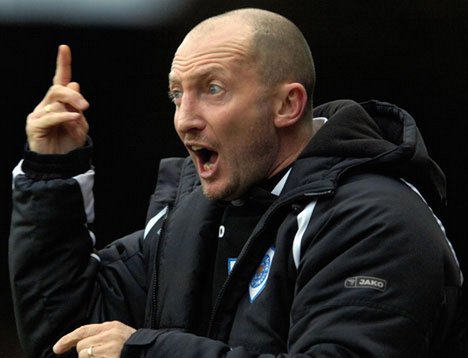 About time ya gave Lampard a chance

Loving the story......Devastated with the removal of Lampard....what about a Mceachran call up in the next friendly??
S

iNSaNiTyX said:
About time ya gave Lampard a chance


durtyhurty said:
Loving the story......Devastated with the removal of Lampard....what about a Mceachran call up in the next friendly??
Click to expand...

cheers mate, yer about Lampard i just wanted to make this story a bit different and yer mite fink about it might oraginse a friendly against Scotland and i'll call Mceachren up
S

As Ian Holloway lost his first game as England boss, there was no hiding the fact that England were totally outplayed in every area of the pitch.​


Ian Holloway gave some fringe and youth players the chance to shine in this friendly with the likes of David Beckham, Frank Lampard, Phil Neville, Darren Bent, Danny Murphy, Steve Harper, Joe Mattock, Jordan Spence and Alex Smithies all playing some part in the friendly. But the friendly provided few postives as France fielded a full strength side as their quality and England's lack of composure played a vital part in the win.​


Franck Ribery emphasised the vistors' superoity with an early goal after 6 minutes as Englands youthful defence was left shocked by France's superb start. Karim Benezma added a 2nd just as England were starting to get back into the game with a superb solo breakaway. 5 minutes later Frank Lampard playing in a more attacking role than what he plays for Chelsea got England back into the game as he latched onto a back pass. France hit England on yet another break from Gignac and France went into the break 3-1 up.​ 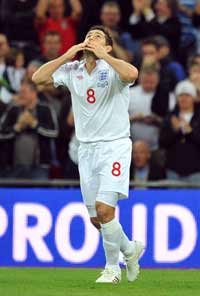 
After the break england contuined to pile on the pressure and finally broke France down with Jack Wilshere scoring his 1st England goal from a cross by Manchester City wideman Shaun Wright Phillips. It stayed 3-2 right until the 87th minute as Benezma grabbed his 2nd goal of the game.​
Last edited: Feb 9, 2011
F

cheers mate and same. I feel Lampard showed me that he deserves to be in the squad and i left him out just because i wanted to make this story a bit different to other Dngland stories in the past.
F

I like going for youngsters, in FM10 I got to 2017 I think still in charge of England and Delfouneso and a regen up front just scored all the time. I love England games after a few years then you have the likes of Smithies, Rodwell, Wilshere....the list continues.
S

FulhamFTW said:
I like going for youngsters, in FM10 I got to 2017 I think still in charge of England and Delfouneso and a regen up front just scored all the time. I love England games after a few years then you have the likes of Smithies, Rodwell, Wilshere....the list continues.
Click to expand...

same, wow i hope to take this story to at least 2014 and if i have enough followers to 2018, in the future i am looking at Rodwell, Wilshere, Huddlestone, Henderson or Cattermole all as potential captains for the future
F

Also, Zamora is another name to think about at present.
S

FulhamFTW said:
Also, Zamora is another name to think about at present.
Click to expand...