The aims of this challenge is to win the Champions League with all 22 previous winners of the trophy. Once you win it with a club you can leave and join another previous winner, doesn't have to be the 1st team that's available but leaving is important so you can add to teams to your list.

I chose Madrid because I've never managed them before and I figured that this job and the Barca job would be the hardest to get as they always dominate the league. I hate Barca so chose Madrid over them.

The squad is obviously very strong, ignore the the line up thats NOT the players I'd have starting. I'll stick with my trusty 4-2-3-1, it always seems to work for me and seems the strongest tactic for Madrid too.

The main man, can't wait to see what he can do

The playmaker in the side, hopefully can rack up some assists and make everything happen for us.

The rock at the back, one of the best defenders in the world.


Honestly struggling to think of any area that needs improving to be honest, maybe a right back as Arbeloa isn't anything special. We'll see!!


Next Update end of August
​

Welcome aboard!!!! Struggling to keep my game/story going in 2022 but it was really enjoyable.
W

yeah it can be but just have to keep it goin as long as we can...and good luck with real sam91

White army said:
yeah it can be but just have to keep it goin as long as we can...and good luck with real sam91
Click to expand...

Thanks dude should be fun managing them


KLIPPYBO said:
Welcome aboard!!!! Struggling to keep my game/story going in 2022 but it was really enjoyable.
Click to expand...

Ah I'm really struggling to find a team I enjoy, didn't even enjoy Southampton as much as last year :/
P

Cheers guys, hopefully I can finally settle on a save, loving Madrid so far their team is incredible!!

So I sold Carvalho, he's 34 and whilst he's not a bad player he wasn't needed as we had enough players there. Kaka left for City, he was on stupid wages and was behind Ozil anyway. Albiol was exchanged along with £10m as Abate came to us, looking back maybe he isn't needed but he's a very good right back. I triggered Isco's release clause and he'll be back up/rotating with Ozil.


Couldn't have been a better first month. Won both league games and kept clean sheets in both which is unheard of for me!!! The Barca games were mental, if you look at the stats Barca should have won the first game and we should have won the second!! Crazy games. Still working out the tactics a bit trying to get the best out of everyone but its a very promising start.

We also had our Champions League Group drawn and its not a nice one....

Ajax aren't the team they used to be but still a solid team, Dortmund are a very decent side and a trip to Russia is never nice!! Barca have slipped up already but Bilbao lead the way!!​
A

Beware Barca mate, always seem to come storming back even when it looks like they won't get anywhere near

AJ0207 said:
Beware Barca mate, always seem to come storming back even when it looks like they won't get anywhere near
Click to expand...

Yeah I noticed last year when I was Bilbao!! Thanks for the warning

Ronaldo finally shows just how good he can be
Benzema seems to have some kind of issue with me.. might sell him
Kick off our Champions League campaign with a solid win


Brilliant month winning every game but to be expected really. Thrilling games over Deportivo and Sevilla!!! Ronaldo and grump boy Benzema smashing in the goals. Every team talk I give Benzema has a problem with, he can score as many goals as he wants but if he doesn't cheer up I'll sell him in January out of pure annoyance!! Good to see young lad Jese bagging his first goal, I promoted him from Castilla and he's done well when coming on as a sub.

Isco got injured on International duty and missed the whole month ****** Internationals!!! A solid win over Ajax where we had a sensational 30 shots but on 9 on target I believe! Most of the shots that missed the target where probably Ronaldo's, he does love a long shot!!

Le Sulk II smashed in 6 goals, even if he does have a problem with me.

Barca slip up again in the league as Bilbao start to slip away. Dortmund scraped past Zenit in the other Champions League tie.
​

briann said:
I like your layout I like the pictures you use and you are having good results only one thing I don't like and that is the team your using >
Click to expand...

Haha cheers, shouldn't take too long to win the CL with such an amazing team so you shouldn't suffer for too long. Dunno how anyone could hate Real unless they're a Barca fan

Benzema was injured for this match and Ronaldo was suspended, thought I'd show the line up


Another superb month sweeping he floor with every opposition. The Barca game was easy, they were missing Messi so we didn't have to worry about him. he toughest game strangely was the Murcia game, we were 1-0 down at half-time and in the 49th minute I'd had enough sending on the big guns and Ronaldo took the game by the scruff of its neck and banging in a hat-trick.


Our Champions League group is near enough wrapped up for us as we've won every game so far and played the 2 big threats away from home. I expected Dortmund to put up a bit more of a fight but we made them look like an average side.

Benzema will be out for a couple of weeks and Higuain has been out since September so I'm left with just Ronaldo and Callejon who can play up front but neither are natural strikers. Young lad Jese has been very impressive this month too. 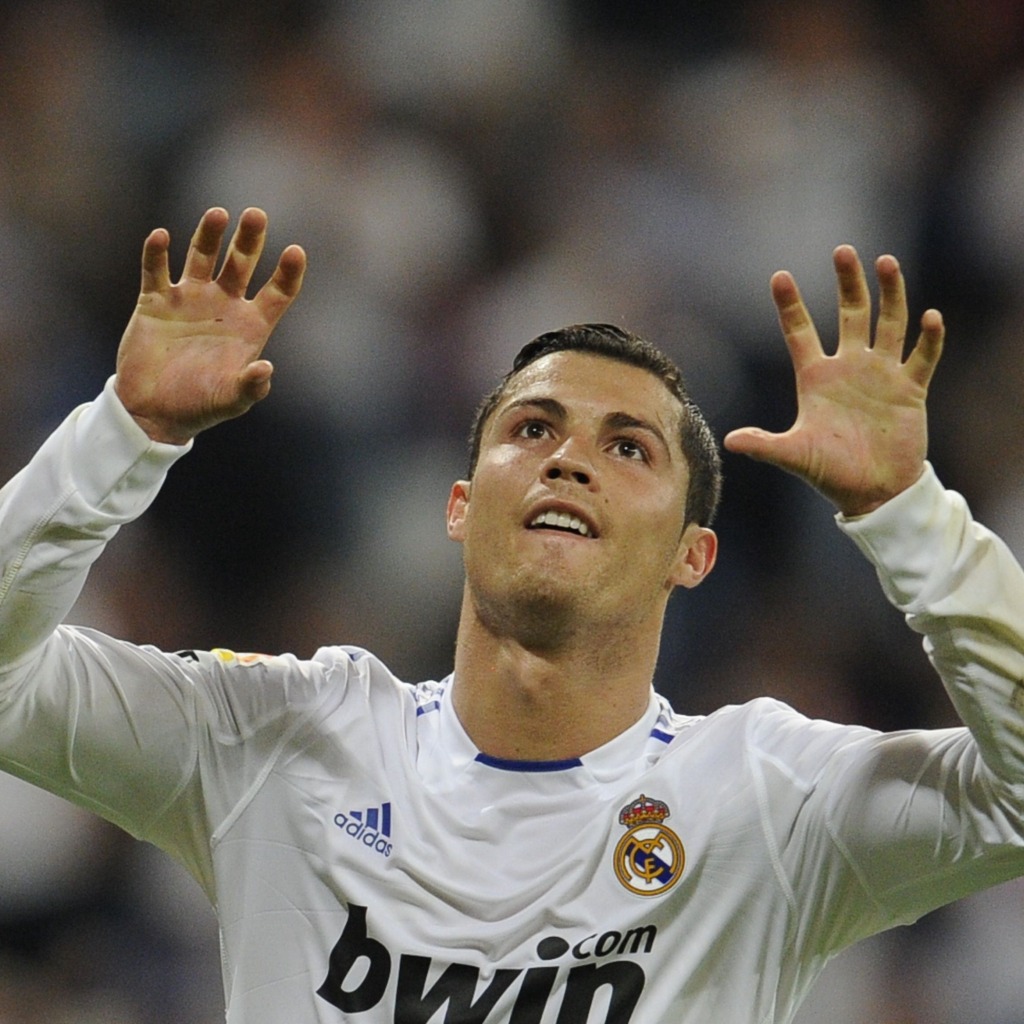 Form's getting better and better, very impressive this month.

Running away with the league and nearly wrapped up our Champions League group.​
S

I like how your using the underline tool dude. Think you'll win it 1st time out?
D

Thanks man good to know


stonecold said:
I like how your using the underline tool dude. Think you'll win it 1st time out?
Click to expand...

Well we certainly have to quality and I've just been handed £51m to spend in Jan, dunno if ill spend it though. You know what this game can be like, one bad game in the knockout stages can undo a seasons work. We'll see

Keep on winning!!
Win our Champions League Group with a game to spare
Young lad Jese keeps on impressing me


Another month in which we won every game. Its all just too easy with a side this good and in such an easy league. We're running away with the league and have smashed everyone with ease in our Champions League group. Toughest game was the Ajax match which is to be expected playing away from home but we beat them 4-2 thanks to two late goals from Di Maria who is better than I thought he would be.

Mesut Ozil bossed every game he played this month and is adding goals to his game too which is good. Jese is coming on leaps and bounds, the good thing is I don't feel like we're a weaker side with him playing for us. Ozil's goal against Zaragoza was the fastest goal in Madrid history apparently, also Ajax sacked their manager with them struggling in their league!! Shame as I'd have taken it if it was at the end of the season!!

I've also been given £51m to spend in January, not sure where needs improving in the side but if you'd like to see me sign anyone I'm open to suggestions!!

19 years old and playing so well consistently and banging in a fair few goals too against good sides.

11 points clear in the league and won all 5 Champions League games so far. Bossing it.
​
B