The Flowers of Manchester- Busby Babes

Feb 6th 1958, the day Footballing world lost one of the best young promising team who had world at their feet and destined for greatness, only for Mother nature having other ideas.

Babes whom we lost in the crash

This is the famous Busby Babes - probably one of the best teams that has ever been put together certainly in England, possibly in Europe, maybe the World! But for the tragedy of the Munich air crash in '58, this team could have ruled the world. Their defensive work was legend, their attacking awesome. At the time of the air crash they were devastating Europe with their skills and at home, in the first division, making history.

One of the best games ever seen in England saw them win an amazing game at Arsenal 5-4 against an extremely strong Arsenal team. It was on 1st February 1958, it was to be their last game together on English soil. The team was the same that was to play Red Star Belgrade the following Wednesday. Gregg; Foulkes; Byrne; Colman; Jones; Edwards; Morgans; Charlton; Taylor; Viollet and Scanlon. Duncan Edwards opened the scoring after 10 minutes with a goal of such power that the Arsenal goalie was dumbstruck. Charlton, with a first time volley made it 2 - 0. Tommy Taylor made it 3 - 0 just before half time. Suddenly, in the second half, the game took on a dramatic turn round with Arsenal levelling the score in just three minutes! United recovered their shattered composure and began to reassert themselves. Dennis Viollet headed home to make it 4 - 3; Tommy Taylor then making it 5 - 3 before Arsenal pulled one back at 5 - 4. Both sets of fans rose, at the final whistle, to give both teams a standing ovation. The teams left the pitch, exhausted, arm in arm. "It was what football should always be: passionate, unpredictable, exciting and exhausting - but above all, magical" - Max Arthur.

One cold and bitter Thursday in Munich, Germany,
Eight great football stalwarts conceded victory.
Eight men will never play again, who met destruction there,
The flowers of English football, the flowers of Manchester.

Matt Busby's boys were flying, returning from Belgrade,
This great United family all masters of their trade.
The pilot of the aircraft, the skipper Captain Thain,
Three times they tried to take off and twice turned back again.

The third time down the runway disaster followed close,
There was slush upon that runway and the aircraft never rose.
It ploughed into the marshy ground, it broke, it overturned.
And eight of that team were killed when the blazing wreckage burned.

Roger Byrne and Tommy Taylor, who were capped for England's side,
And Ireland's Billy Whelan and England's Geoff Bent died.
Mark Jones and Eddie Coleman and David Pegg also,
They all lost their lives as it ploughed on through the snow.

Big Duncan he went too, with an injury to his brain,
And Ireland's brave Jack Blanchflower will never play again.
The great Matt Busby lay there, the father of this team,
Three long months passed by before he saw his team again.

The trainer, coach and secretary and a member of the crew,
Eight great sporting journalists who with United flew,
And one of them was Big Swifty who we will ne'er forget,
The finest English 'keeper that ever graced a net.

Oh England's finest football team it's record truly great,
It's proud successes mocked by a cruel turn of fate.
Eight men will never play again who met destruction there,
The flowers of English football, the flowers of Manchester.
Click to expand...

Lest we forget and forever in our hearts. 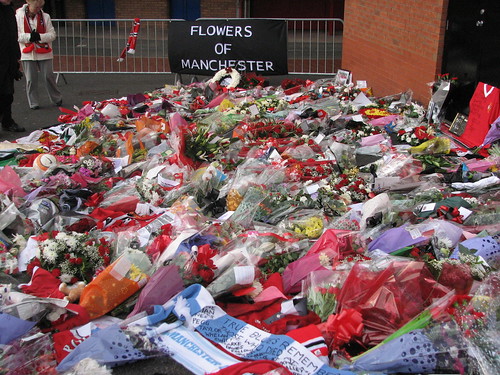 "Broken hearts, broken dreams,
a broken plane, a broken team,
no words said, a silent vow,
we loved you then, we love you now,
the red flag will always fly,
...and Man United will never die."


Small tribute to the babes

although I despise Man Utd this truly was a horrific disaster and any connected with the players who lost their lives have my deepest sympathies. R.I.P
A

Man utd were devasted by the air crash, yet they worked incredibly hard to rebuild their team and today there is no trophy which they have not won( except for the ones they cant win ofcourse)

Well done United, the greatest team in the world
S

Here is the pic, where United and City paid tribute for Babes. Feb 6th, 2008.

Shows how awful the disaster was that two sets of fans who usually despise each other both pay their respects to some truly brilliant players.
Z

Respect to Busby and that great team which was cruelly taking from all football fans in the world.
Would be great if there was a minutes silence tomorrow at The Bridge but I doubt it would be possible
A

Shows how awful the disaster was that two sets of fans who usually despise each other both pay their respects to some truly brilliant players.
Click to expand...

Yes, that was excellent from City tbh. You could have heard a pin drop sound also on that day. Massive respect from both teams and credit to City fans.

Horrific accident, and terrible tragedy. R.I.P all those who died.
S

Sorry for the odd bumps. Today is really very emotional day and i will post the pics whenever i find good one or a meaningful one. 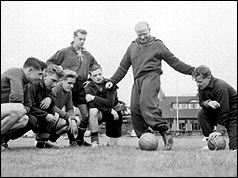 sunilvk7 said:
Here is the pic, where United and City paid tribute for Babes. Feb 6th, 2008.

That shows the respect that still is in football.
A

R.I.P 2 all the babes that died that day, sad day for EVERY united fan that knows.

Duncan Edwards, a player who would of made history, 1 of the greatest died , and many more.

The respect that was shows in a the man city was good, as it was a derby and normally its fights, but fot that one dya even every city fan knows, Busby babes were true greats. Football is a sport where respect is always shown for the right reasons.

R.I.P Busby Babes, if they didnt die then they would of been 10x better then the madrid team that ruled the 50's n 60s.


Alcaraz said:
Manchester United to me would always be the greatest club in the world
Click to expand...

N thats coming from a chelsea fan (alcarez), united are the greatest club and if they didnt die that day this team would be the greatest team ever, still cant believe

i have the newspaper from that day n lookign at it now and reading what happened from a day after reactions is nearly bringing me to tears. R.I.P.
I

brings me to tears thinking bout it :'(

What a player Edwards would have been

sunilvk7 said:
Here is the pic, where United and City paid tribute for Babes. Feb 6th, 2008.

I'd love to see the second picture in full colour..

DMF said:
I'd love to see the second picture in full colour.. 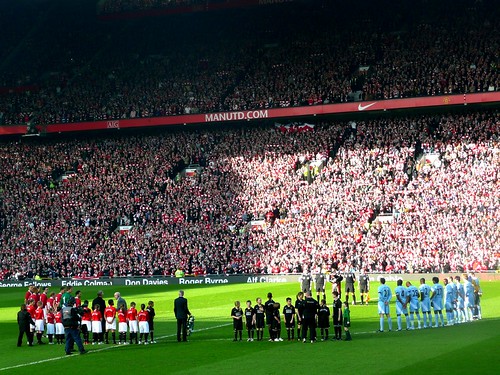 sunilvk7 said:
Found this one.