​
This is a challenge I've seen on the SI forums for a while and always wanted to do so with FM16 on the horizon I've decided to attack it now until release day.

In short, this is very much like the San Marino challenge.


The major Liechtenstein club, Vaduz, play their football in Switzerland, as there is no formal Liechtenstein football league system. They are currently in the top tier, the Swiss Super League. The basic idea is that you manage both Vaduz, and the Liechtenstein National Team, using the players produced by an improved club academy to benefit the NT in a long-term save.


Vaduz have played in the Switzerland football league system for a long while now, and have just reached the top tier getting promoted in 13/14. They have only ever played one league campaign at this level before (getting relegated straight away in 2008).

To start with I am changing the rules slightly. Instead of being purely a youth team recruitment policy I will allow myself to sign other Liechtenstein-born players.

I will also be playing on FMC for speed purposes so off we go...
I 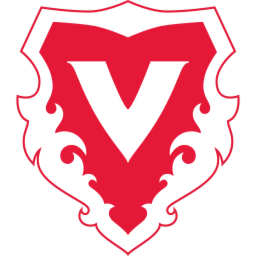 To begin with we have a fairly poor squad with little Liechtenstein talent so our immediate aims are moving up the league and getting as much prize money from the Europa League qualifiers as possible to allow us to invest in our youth academy asap.

Just realised I can't manage the national team on FMC because there isn't enough players.

I will quickly restart on the full game with an instant result skin.
I

Scouts are out trying to find some decent Liechtenstein players but not expecting any.​
I

We bow out of Europe at the second hurdle.

Our next European adventure should be better as the club and players will be more used to my tactics. We didn't even have one preseason game before the Europa League campaign kicked off.​
I

A shaky start but performances are gradually improving.

The national side will take much longer to improve but we'll get there.​
I

Club form has picked up well. Still some way to go challenge the big boys Basle and Young Boys.

Not a great batch in all honesty with just one possible first teamer.

Holding Russia to a draw - and in a tournament game as well. Impressive! (H)
J

Love these types of stories! Hoping to see Liechtenstein turn into a force!
I

An end of season run meant we finished with a record breaking season.

Seems like a nice story mate! Keep it up!
I


I assume if the Swiss league continues to rise up the ranking then our club will get better youth team graduates..

Hopefully we can pull our weight in the Europa League to help increase the coefficient.
​
Last edited: Oct 17, 2015
I

Punching above our weight as we reach the Playoff stage.

Next up are Dutch giants Feyenoord.​
I


Unsurprisingly Feyenoord's classed proved too much.

We can't be too disappointed and weren't outclassed in either leg.​
I

Bottom of the group. No surprises their but a point off Russia the undoubted highlight.

Still to play Russia and Sweden again so we will finish bottom I'd dare say.​
I

good challenge, personally I kinda get frustrated by the fact that swiss league becomes 'easy' very soon, and you can't qualify for CL even when you dominate the league.

if you have patience this could be a great story, FM16 is coming though
I

kandersson said:
good challenge, personally I kinda get frustrated by the fact that swiss league becomes 'easy' very soon, and you can't qualify for CL even when you dominate the league.

if you have patience this could be a great story, FM16 is coming though
Click to expand...

I know what you mean. Have done similar careers in Andorra and San Marino and Champions League money is vital to improving youth and training facilities.